2014 will be exceptional, with a subscription series of piano recitals to be held in March, April, September and November.

They offer a golden opportunity to experience a live performance by four of the world’s greatest pianists today, all performing on a superb Steinway Grand.

Held on Sunday afternoons at 3pm, the recitals are a wonderful way to end a weekend and be in a good place for the week ahead.

The programs are varied, highlighting the virtuosity of each performer through the brilliant music being played, which was created by some of the world’s greatest master composers of their day.

Beginning the year will be the very talented award winning young Queensland born pianist Jayson Gillham, a young man with buckets of ‘star quality, technical prowess and natural musicality’. He is both transcendent and passionate.

Currently living in London Jayson performs regularly at the Wigmore Hall, one of the world’s most important recital venues with its celebrated acoustic and very special atmosphere.

Winner of the UK’s coveted Gold Medal as the Commonwealth Musician of the Year, Jayson will play a varied program of works on March 9th, which has been carefully constructed to show off not only his innate sense of musical style but also his wonderful craftsmanship.

Beethoven remains perhaps the most influential and greatest of the composers who bridged the gap between the neoclassical and romantic eras in Western art and music.

His Sonata No 28 in A major is a personal, intimate piece of music that reveals his mastery of tone and texture, composed during the summer of 1816, he was completely deaf by this time so that his achievement in producing music of this quality and beauty ensures his legend will live on. All of Polish composer Frédéric Chopin’s works are technically demanding and require great sensitivity as well as someone who understands all their nuances of light, shade and colour.

Innovative during his day, contributed to no doubt by his many amours, especially with the scandalous writer George Sand, who wore trousers in an age when women did not do that sort of thing.

Celebrating Chopin's life and music a fantasy painted in 1840 by Joseph Danhauser with Franz Liszt on piano and listening novelists George Sand and Alexandre Dumas, Hector Berlioz, Giochino Rissini, Niccolo Paganini with a bust of Beethoven the the piano

Chopin’s early death also brought him into the arena of public consciousness where he has remained. This is because his genius became well known throughout his decade long relationship with George Sand and their brief visit to Majorca, which is now considered one of the most productive periods of composition. When their affair ended the personal support he received from another woman, his Scottish pupil Jane Stirling who made all the arrangements and provided the funding for a tour of England and Scotland in 1848, allowed him to go on.

Stirling dispersed his personal effects and manuscripts after his early and tragic death in 1849 aged 39.

Gillham will play what is perhaps his most famous of his Études, solo studies for the piano, which is known as the Revolutionary Étude. There is no doubt Chopin elevated this musical form from that of a practice piece or utilitarian exercise for the pianist into something very noble, an artistic masterpiece.

Leo Tolstoy once described the music of Russian composer Alexander Nikolayevich Scriabin (1872-1915) as ‘a sincere expression of genius’.

Controversial; famous in his lifetime, forgotten following his death, there is today a resurgence of interest in both his music and ideas, described as ‘indefinite and inarticulate longing.

Franz Liszt’s piano transcription of Wagner’s Liebestod, from Tristan and Isolde has become a splendid piano composition in its own right. Jayson will follow it with Liszt’s Paraphrase on Verdi’s Rigoletto and then Liszt’s own wonderful composition, the Rhapsodie Espagnole.

This is an exceedingly challenging piece of music with rapid chords and octaves, based on a regional folk dance from Aragon in Spain. An imaginative program such as this one should provide Jayson Gillham with yet another opportunity to triumph. 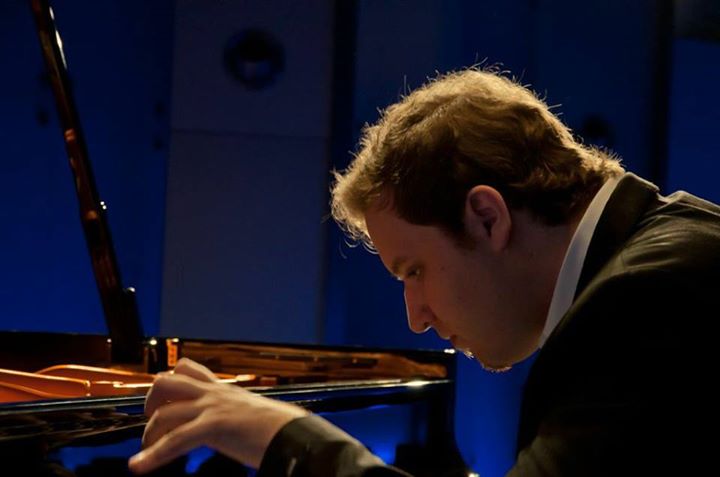 On April 27, Czech super-pianist Lukáš Vondrácek will demonstrate why at a recent recital in Carnegie Hall in Manhattan New York, ‘the audience leapt to its feet’ responding to his ‘full-blown world of tonal colour’.

Vondrácek made his professional debut in 2003 with the Czech Philharmonic Orchestra conducted by Maestro Vladimir Ashkenazy, which was followed immediately by a highly successful US and European tour. He made his New York debut at Carnegie Hall, when he moved to the US in 2009 to study.

Lukas was 1st prize winner at the Hilton Head, San Marino and UNISA international piano competitions, the recipient of the Raymond E. Buck Jury Discretionary Award at the 2009 Van Cliburn International Piano Competition, and the Hanno R. Ellenbogen Award for the Most Exceptional Young Artist in Europe.

His busy concert schedule sees him performing with some of the world’s most famous conductors, as well as the London and St Petersburg Philharmonics and Deutsches Symphonie-Orchestra, Berlin.

On his program Sergei Rachmaninov’s set of variations on a theme of Italian composer Arcangelo Corelli (1653-1713) should provide a powerful, poignant and very passionate listening experience. From Corelli’s famous ‘La Folia’ theme, this is arguably one of Rachmaninov’s finest piano pieces for solo performance. 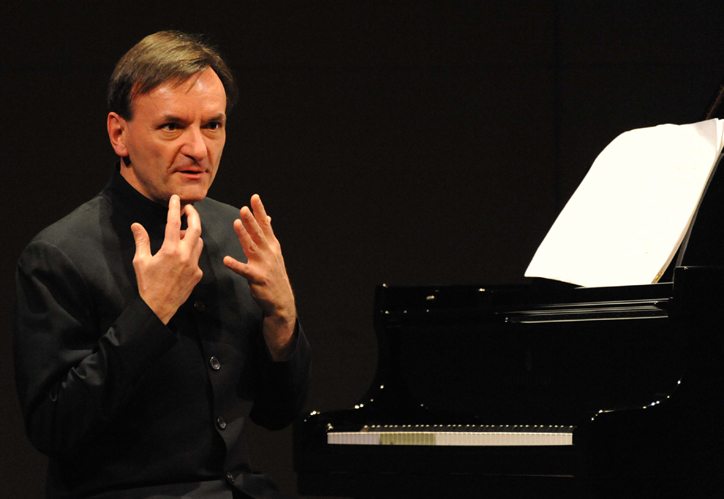 Spring will be all about the ‘charm, sparkle and flair’ of Stephen Hough CBE, an English pianist whose artistry has been acknowledged whenever he performs in many of the world’s most prestigious music festivals.

Stephen was made a CBE (Commander of the Order of the British Empire) in the 2014 New Year’s Honours List and is considered a master in his field amongst his colleagues. 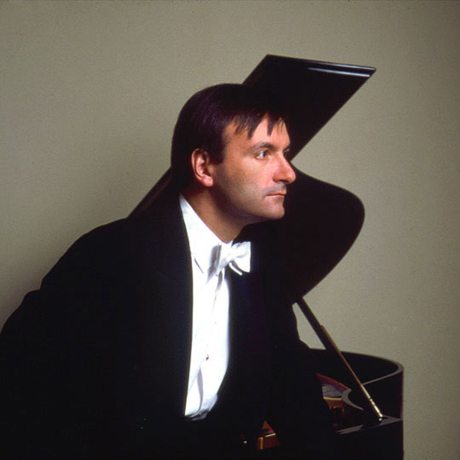 ‘The virtuosity of Stephen Hough was a joy to behold’ was one critic’s response after his opening concert of the 2013 Proms at London. Hough has won a Grammy Award and multiple Gramophone awards, including the supreme accolade of Recording of the Year twice.

He performs regularly with the world’s top orchestras including the New York, London and Berlin Philharmonics and holds masterclasses with emerging young piano playing artists.

Chopin’s Ballade’s composed between 1835-1842 are considered some of the most challenging pieces both technically and musically for solo piano.

With influences from the heroic period of the Middle Ages, the passion and romance of the Italian Renaissance and inspired by poet Adam Mickiewics’s words, these pieces were in keeping with Chopin’s preference for producing innovative music. To end Spring and to begin Summer with flawless, ‘dazzling fingerwork’, will be multi-award winning French pianist Jean-Efflam Bavouzet.

He was named ‘Artist of the Year’ at the 2012 International Classical Music Awards. Miroirs by Ravel was composed between 1904-5 and is a set of five pieces, Nocturelles (‘Night Moths’), Oiseaux tristes (‘Sad Birds’), Une barque sur l’oce?an (‘A Boat on the Ocean’), Alborada del gracioso (‘The Gester’s Morning Song’), and La Vallee des cloches (‘The Valley of Bells’).

They are innovative, daring and demonstrate Ravel’s mastery over colour and effects and a new approach to compositional development.

It requires not only virtuosity to play them but also great sensitivity of touch so that the wide range of its tonal colouring can be gradually revealed.

Ravel himself commented about the title Miroirs in his autobiographical sketch:

“The title Miroirs (Reflections), five piano pieces composed in 1905, has authorized my critics to consider this collection as being among those works that belong to the Impressionist movement. I do not contradict this at all, if one understands the term by analogy.

A rather fleeting analogy, at that, since Impressionism does not seem to have any precise meaning outside the domain of painting.

In any case, the word ‘Mirror’ should not lead one to assume that I want to affirm a subjectivist theory of art.

A sentence by Shakespeare helped me to formulate a completely opposite position: ‘the eye sees not itself …but by reflection, by some other things’. (Julius Caesar, Act 1, Scene 2)”.

The Medici series is supported by the venue, the Queensland Performing Arts Centre (QPAC) on Southbank, 4MBS Classic FM as well as Phillip Bacon, one of Queensland’s foremost arts philanthropists. The artists all come courtesy of Symphony Services Australia.

All and all 2014 should be a great season. BOOk NOW

COO-EE: by antique dealer Anne Schofield a show of patriotic Federation & World War I sweetheart jewellery will be a poignant, commemorative celebration of life