During the fourteenth century in Italy any citizen had been reticent about displaying his wealth. His was a dangerous, uncertain world. However by the Quattrocento or fifteenth century the focus had changed. Demonstration of your wealth now became the key to dominance in both the social and political spheres. As many communities gained in wealth so did inequalities between people in different walks of life grow to be far more pronounced.

Series One of the all-new Netflix Television Series Medici: Masters of Florence is set in that period in time when the primary mission of every individual changed. It became all about acquiring, defending or increasing his or her social role within the limits of the community’s toleration through wealth.

The only way to achieve this was to win and earn approval along the way. A direct consequence was that instead of toleration by focusing on self it incited the envy of others. Where that would lead to often turned into a human tragedy, especially where instead of turning the other cheek confrontation became more the norm. 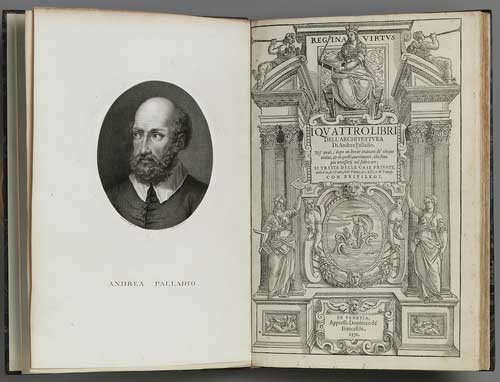 The rediscovery of ancient texts during the fifteenth and sixteenth centuries in Europe changed perceptions. A new group of accomplished architects and artisans collectively ushered in a new era in art, design, music and style. Central to that development was the emergence of the artisan as a creator, an artist who was sought after, supported and respected for his erudition and imagination. Imagination has been put to good use with this series, as the producers play fast and loose with the truth and the timeline of events in the name of entertainment.

Cosimo de ‘Medici known as the Elder certainly founded the Medici Library and the School of Philosophy and from 1434 until 1464 was undoubtedly the most influential man in Florence. His life is said to have marked a shift from a closed to an open society. His generous patronage of the arts and architecture ensured his lasting fame, and the indelible association of the Medici name with the Florentine Renaissance. In Episodes 3 and 4 of Series One of Medici: Masters of Florence Cosimo de’ Medici (Richard Madden) visits the ongoing site of the Cathedral being built in his city of Florence. “… Whatever I achieve” says Cosimo to the workers who are happy to be working to complete the dome on the top, “honours God”. While he is there one of the men on the building site collapses with the black death, the plague and fear will now take a new form. All the healthy wealthy citizens like the Medici evacuate Florence, including Cosimo who moves his family out of harm’s way to one of their houses in the country. His faithful right hand man Marco Bello (Guido Caprino) tells him he will stay behind and protect the house and spy for him because he has had the plague once and people don’t seem to get it again.

The master mason of the cathedral project wants to stay on with his builders, who don’t want to die in hunger. Cosimo generously gives him bags of coin to help and the crucifix his father gave him to the mason’s small son, hoping it will protect them from becoming ill. Rinaldo Albizzi (Lex Shrapnel) seizes the opportunity in a moment of frear and crisis to blame Cosimo for the plague and to condemn the Medici for usury ….he demands Cosimo be expelled from the city and that no gold should be taken out of the city. If we have a sinner in our midst he should be accorded no favours says Albizzi. We are all sinners – says Signor Guadagni (Brian Cox) presiding officer of the Signoria, the republican government of Medieval and Renaissance Florence.

Albizzi plans to bring Cosimo down while he and his brother Lorenzo (Stuart Martin) are disagreeing, Cosimo sends Lorenzo to Siena to call in a loan as it’s not a city under plague. However Lorenzo fails to secure it before that city also succumbs and so he takes a decision to sell the families woollen mills without asking for guidance for his brother Cosimo, who is in charge.

Marco Bello comes for a man he believes may have murdered Giovanni de ‘Medici (Dustin Hoffman). He finds him and his family with the plague and he dies without confirming his involvement.

Albizzi is on cathedral’s worksite, whipping up dissention. He’s telling the workers they have been abandoned by the Medici who have now left the city, inciting them to tear down the work on the Dome they have already finalised, which they begin to do. We are back in the past once more when Cosimo’s mother is stirring up trouble again, as she did on his wedding day when she told Contessina (Annabel Scholey) he had been in love before they were betrothed. He’s furious with them both as he faces his parents.

Since I was a boy and my twin brother died he says to his mother, you have resented me. His mother retorts that he was your responsibility. I was just a boy he pleads, but his father admonishes him for questioning his mother. Old wounds are hard and long to heal, especially when this bit is one example of the fiction employed in the name of entertainment (fact: Cosimo’s twin brother died soon after birth).

Back in the present Marco Bello comes to the country to tell Cosimo what is going on in Florence and how the Albizzi family are whipping up hatred against the Medici family. He finds Cosimo’s mother has the plague.

When it looks like all is lost, Cosimo tells his mother I am failing your grand Medici line… I am sorry, truly. She instead apologises to him ‘I have spent too long dreaming and not admiring the man you have become’ she says. ‘ Cosimo and Marco Bello ride out for Florence where Filippo Brunelleschi (Alessandro Preziosi) is trying to save the dream and the dome. The Signoria will not be able to help. Don’t give Albizzi cause to do you more harm, Cosimo is warned.

Back in the country Lorenzo finds out that the plague has hit Sienna and the Medici bank there has collapsed and Lorenzo is advised to close it. What asset can we sell to save it he asks the Medici families personal financial adviser Ugo Bencini (Ken Bones) who advises him – the woollen mills, which Cosimo he knows would never sell.

Albizzi tells the master mason it was a sin to take Medici money and that is why his child is lying ill with the plague and so he questions Cosimo was he right. Is he dying because we took your money? If God should save anyone it should be the sick and poor says Brunelleschi who is angry.

This gives Cosimo an idea and he brings all the sick to the Cathedral so the nuns can nurse them and it keeps the workers, who are demolishing the work on the Dome to date on Albizzi’s orders, out. Albizzi orders the workers into the Cathedral but they ignore him and under the care of the nuns the sick begin to get better… God it seems is now merciful to the Medici. Cosimo admonishes Lorenzo for selling the mills when he finds out what has been happening. Marco Bello is worried about what he knows and how to tell Cosimo especially when he discovers the knife that killed his father was lost in a card game to Lorenzo, information he decides to keep to himself for the time being.

The family except his mother who has died, now all come back to Florence and Cosimo comforts them all. Privately he tells Contessina just how much he values and loves her. A message arrives for Cosimo the Signoria are recalled. Cosimo thinks they will be less cowed by the threat of revolt now the plague is over and so goes alone thinking he must put Albizzi in his place. Instead it is a lie and a trap with Albizzi putting Cosimo in chains and in gaol. In Episode 4 Cosimo is brought in chains before the Signoria, where Albizzi, claiming to be a servant of the city, is accusing him of degeneracy in his championing of art, of usury, we know he is the richest man in the city, and tyranny… he will overthrow Florence and rule as a Prince.

Cosimo retorts the charges are baseless and born of a personal rivalry I am a loyal citizen of Florence and innocent. It is to no avail however, the Signoria agree to put Cosimo on trial.

Albizzi visits Cosimo in gaol and rages against him, relieving him of pen and paper. He tells him he believes ‘nobles’ exist to rule’ and how he doesn’t like Cosimo’s family who are just ordinary people, becoming more powerful than his noble family. It’s against the ‘natural order’ and challenges their ‘divine right’. The hatred enacted by Albizzi goes back to when he and Cosimo were young and when Giovanni (Dustin Hoffman) used his son Cosimo and his lack of experience to spy on the Albizzi in his grab for power.

Unwittingly Cosimo told his father the Albizzi had lost a vital trade ship, which Rinaldo had told him about not understanding that in revealing what his friend thought he had told him in confidence, would give his father a business advantage, which would end with it making Rinaldo his enemy for life.

Despite fighting with his father over the issue, the damage was done and it is only now twenty years later the actions are going to come back to haunt Cosimo. We find Lorenzo is running a family meeting and they all are trying to work out how to defend Cosimo.

When his wife Contessina goes to visit him in ‘gaol he tells her he trusts the city to find him innocent, but she doesn’t share his optimism. Contessina tells Lorenzo what happened when she took a letter Cosimo asked her to deliver to Maria Tarugi to give to her husband, whom he was hoping would back him in the Signoria.

Always jealous of Contessina instead of her husband Sandro Tarugi, Maria had taken it instead to Rinaldo Albizzi and he has his gaoler drug Cosimo so that when he appears in court he can hardly speak. Piero his son asks to speak in his defence …and is laughed at by the members of the Signoria. Cosimo begs to see his wife and say goodbye having been sentenced to death. He is due to be executed at midnight and so Contessina puts on chain mail and rides her horse into the chamber where the Signoria are meeting to demand they exile Cosimo not kill him and she succeeds.

He’s entirely furious with her and refuses to let her come with the rest of the family into exile in Venice …leaving her alone with only a few servants to protect her.

David Rankin’s latest uplifting, moving and exciting works from this extraordinary artist, will be on view at Mossgreen Gallery, Melbourne, from August 17, 2017