The Medici family and fifteenth century Florence has recently taken centre stage with the presentation of Series One of the all-new Netflix Television Series Medici: Masters of Florence, an eight part political and historical thriller about fame and infamy, which has captivated a global audience.

The setting is the Italian Renaissance (14 – 16 centuries) during the period or the great family factions, including the Ricci, Albizzi, Ridolfi, Pazzi, Pitti, Strozzi and Rucellai families to name a few, with Giovanni di Bicci de’ Medici (1360 – 1429) gaining popularity by championing the rebel poor. He gave them just enough to make them all feel strong. 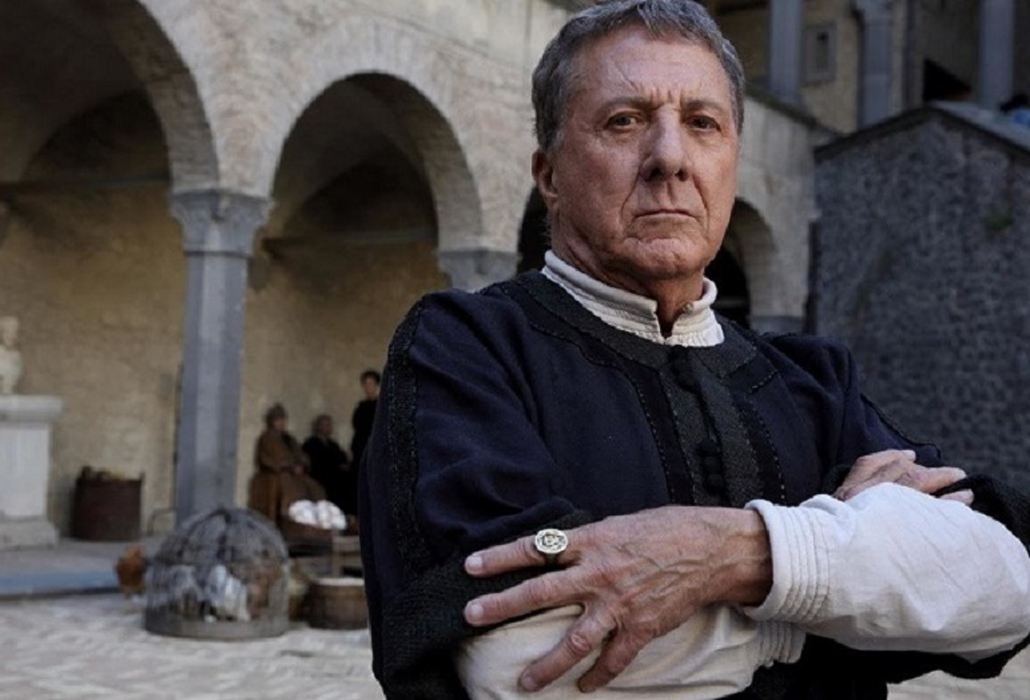 Up until this period in history war was an instrument of the nobles in their search for power. Florentines such as Giovanni believed they were in a new age… and they’re realm would thrive if war was replaced by commerce. The rich until his time had only paid a poll or head tax equal to that paid by the poor and they vowed vengeance on the Medici for changing the status quo.

Giovanni believes gentlemen use pens not swords and money should be made available to all men who are prepared to work hard and toil, not just for men of privilege and rank. In his world of banking rates become fair because he wants to ensure they are far different from usury; the unethical action or practice of lending money at unreasonably high rates of interest, which has been condemned by the Vatican. It’s certainly not hard to be dazzled by those good looking actors playing Medici family members in Medici: Masters of Florence; the men with dashing eyes and dark good looks wearing clothes made from quality textiles; not gaudy but tasteful as dictated by their father. They all look exceedingly handsome alongside a plethora of women of great beauty.

Rock star actors Richard Madden plays Cosimo II Vecchio (Cosimo the Elder) considered the greatest of the Medici family, who was the first to rule the city and to serve the best interests of its citizens, contributing to its enhancement. In the process he was appointed Pater Patriae (Father of His Country). Stuart Martin plays his creative outgoing likeable and lusty brother Lorenzo, who was some six years his junior and participated in the family’s banking enterprise. Through the product of his loins he also became an ancestor to all the Grand Dukes of Tuscany and the Kings of France.

Cosimo and Lorenzo are both the sons of Giovanni the founder of the Medici Bank played by Dustin Hoffman, who has a real glint in his eye when he justifies doing bad in order to serve the greater good. Giovanni di Bicci de’ Medici placed popes in power and championed the city of Florence by patronising its artists, scientists and architects. He had a long-term vision and demanded loyalty to family.

He sought to secure an established lineage, so that his will, or what he wanted for his family, would survive as a concept through his sons, and the sons of their sons.

The Medici family became not only one of the most successful in the city of Florence, but also perhaps the most important family in the history of our modern western civilisation.

Their unique achievement was that for a period of sixty years they preserved the republic at a time when other Italian states were subjected to tyranny. 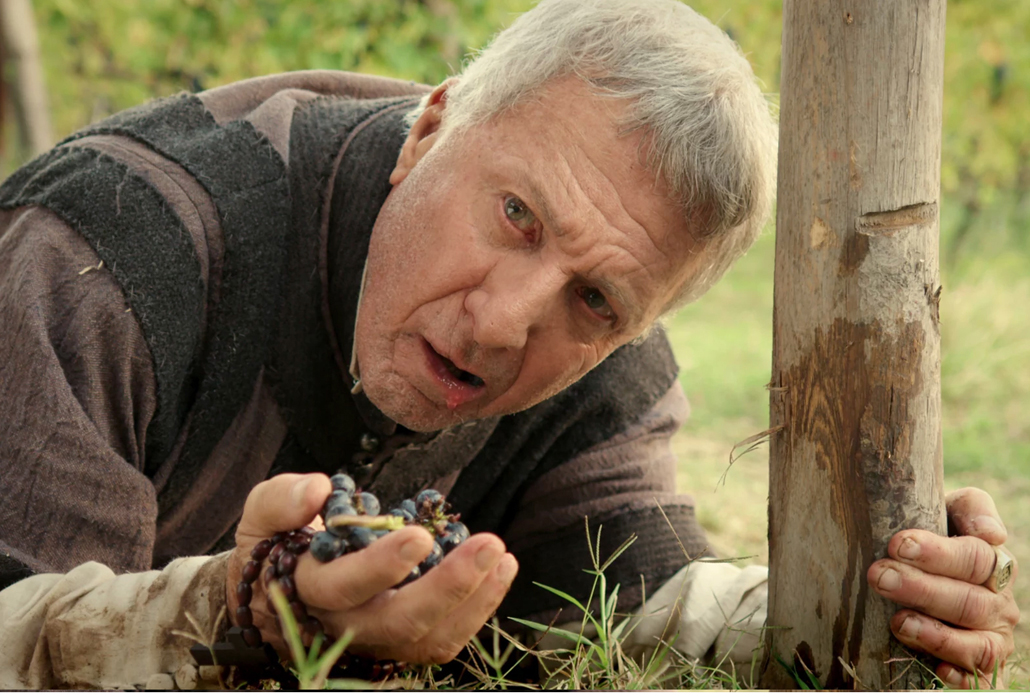 The series opens with Giovanni dying. Each morning at that time of year when the grapes ripen the family head had a habit of eating a bunch from the family vineyard, testing their sweetness for the harvest.

Giovanni dying this way certainly makes for better drama at a time he is teaching his sons a lesson, that perception is power. Painting the grapes with hemlock brings about an unhappy but swift death and the method used proves the killer has a classical education. The distraught Cosimo is suspicious and orders his manservant Marco Bello (Guido Caprino) to investigate as well as have a surgeon conduct an examination of his father’s liver, finding out he has been murdered (although there are no facts in history to make this assumption).

The surgeon who carries out the procedure has committed an illegal act, one that will ensure repercussions of blackmail eventually forcing Marco to dispose of him.

By the fifteenth century in Europe and England, literacy and learning had become increasingly important as feudal society was gradually replaced by what we know now as an all-new corporate system, with social dynamism disrupting traditional systems of privilege by rank.

Episode 1 jumps backward and forward twenty years in time, going back over the years of learning, when the boys were absorbing life long lessons under their father’s instruction. Giovanni champions a man known for intimidation tactics, Cardinal Baldassare Cossa (Steven Waddington) when the Pope suddenly dies. He has an end game, wanting to make sure that the Medici become bankers to the Vatican. He sets out for Rome with Cosimo and Lorenzo whom he pits against each other in a test; he wants them to help Cossa persuade enough members of the Curia to vote for him so he becomes Pope John XXIII. Cosimo wants to be an artist and while in Rome meets the artist Donatello when sketching the Parthenon Dome. He takes him to meet the artists in his workshop, who he tells Cosimo believe in showing off the beauty of man, by reflecting the beauty of God… referring to a beautiful model draped in white linen… she’s a former laundress Bianca (Miriam Leone), with whom he falls head over heels in love.

Cosimo’s education is much expanded in many ways during this time both in commerce and carnal desire, including discovering his lusty brother in bed with a boy about which he agrees to remain silent, lest the young man be sentenced to death. It’s information however tucked away until later he sees the same boy coming from Cardinal Orsini’s chamber, which he puts to good use for as his father before him, justifying doing something bad in order to benefit the greater good.

In the process he makes sure Cardinal Cossa is crowned Pope and he unwittingly, becomes his father’s heir. Cosimo is unaware his father has been informed of his dalliances and that now he wants his elder son to succeed him he bribes Bianca with gold coins to disappear.

Subsequently, throughout his much admired life Cosimo would always let duty reign over desire.

Just based on the first episode a good foundation for the success of the series has been laid, with art, design, music, fashion, style and layers of conspiracy sure to engross and win over a large audience. Cosimo does marry at his father’s insistence a noble woman Contessina (Annabel Scholey) because perceptions are power. Their combative marriage will become a highlight of the show, as Cosimo while respecting her status in the household and devotion as a wife, is at best only civil in her presence.

One thing is for sure, the history of our world would have been very different indeed without the Medici family and all those in Florence who financed the expansion of humanism leading to the world we know today.