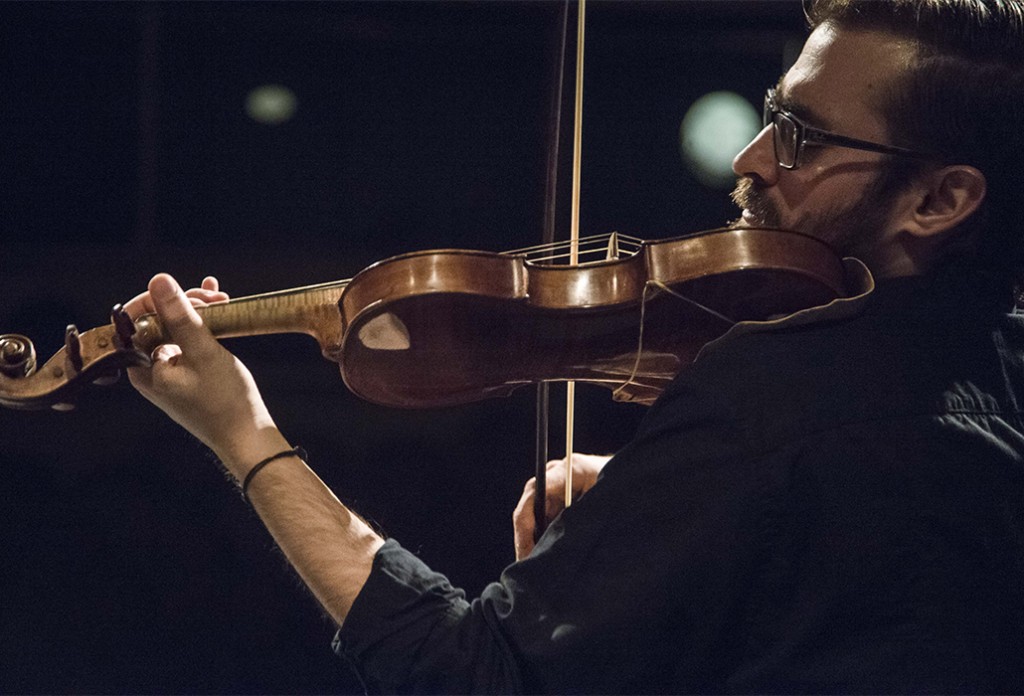 A rising star in the early music world, Daniel Pinteno. has since 2010, focused his attention on repertoire composed for violin from the sixteenth century until the Romantic era of the mid-nineteenth century in Europe. 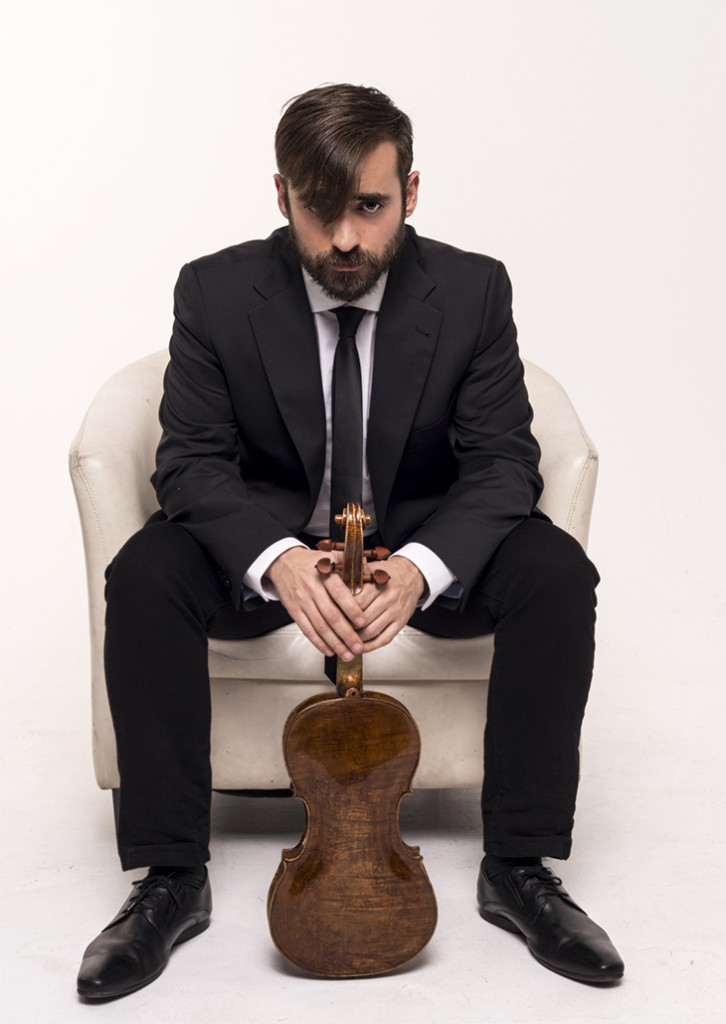 Talking about the program Daniel Pinteno says: “This concert … showcases the richness of music in the Iberian Peninsula during the eighteenth century… the works of this concert show the evolution of Spanish instrumental music … as well as the approach to the Italian style of the Spanish nobility and monarchy.” Pinteno said.

The concert will include one world premiere and two Australian premieres. They will be showcased alongside two much-loved concertos of beloved Venetian composer Antonio Vivaldi (1678-1741). 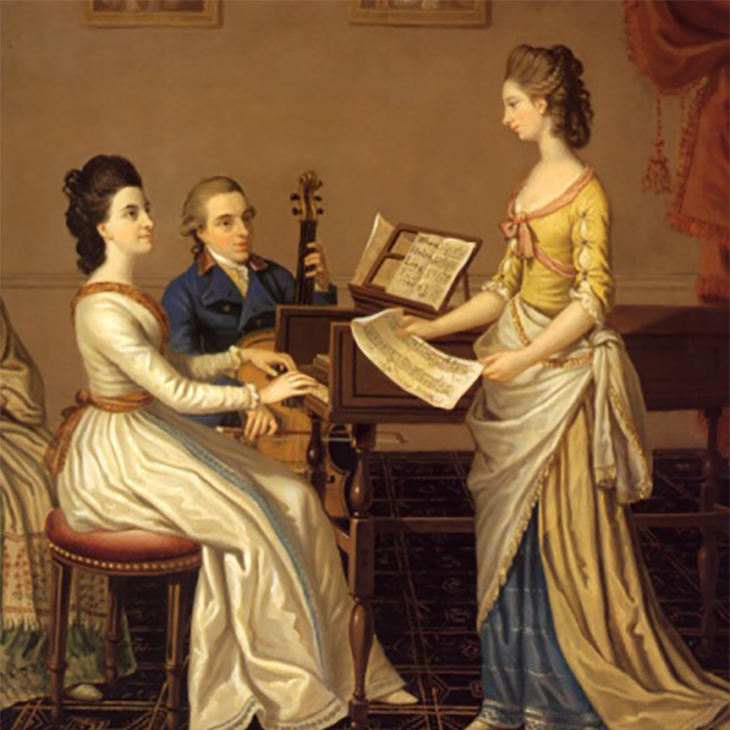 Music during the first half of the eighteenth century in Spain couldn’t fail to be affected by having Spanish Bourbon King Philip V (1700-1746), a grandson of French King Louis XIV, on the throne with the ‘gallant’ spirit of the centuries-old tradition of the troubador or Spain’s aristocratic adventurers, providing French dramatists with a wealth of wisdom and witty material to explore.

The arrival of Italian musical art, as it spread its influence across the then known world, also had an impact, providing a bridge between the Baroque and classical styles.

For its first Australian premiere, the ABO will perform the Overtura a piu stromenti Bas-9 in D major by violinist composer Vincente Basset (fl.1748-1762) who is known to have worked in Madrid playing violin in the Real Orquesta del Coliseo del Buen Retiro during royal celebrations directed by the great Italian born singer Carlo Broschi Farinelli (1705–1782). The renowned castrato singer of his time Farinelli impressed everyone with his excellent technique, dazzling range and extraordinary flexibility. His sorcery of singing dominated Spanish music for a quarter of a century, so much so, the violins in the orchestra were recorded as being unable to follow his lead as he ascended the scale, his voice and range was so highly developed. 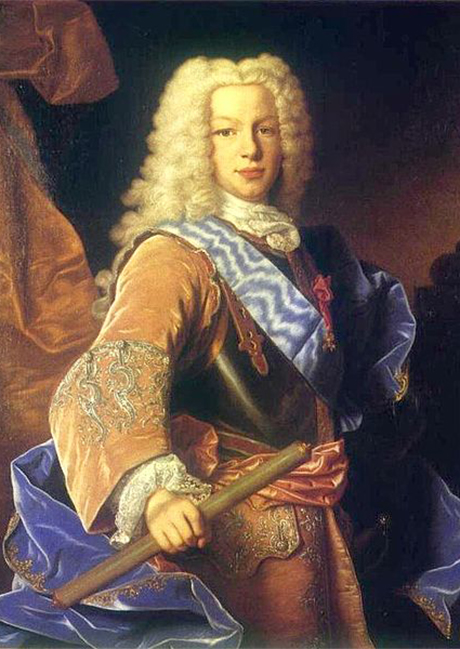 Giacomo Facco composed his Concerto for violin Op. 1, No. 3 in E Major from Pensieri Adriarmonici 1720-1721.

An Italian composer and violinist of the eighteenth century, Facco’s works remained hidden until rediscovered in 1962 in the Vizcain Library in Mexico City by Uberto Zanolli.

Italian-Mexican composer Zanolli made Facco the subject of a biography, as he continued his search for yet more of his work.

Because of his research we know now Facco was born in 1676 in Venice and died in 1753 at Madrid. A poet of invention, Vivaldi supplied instrumental music to patrons and customers throughout Europe. His flaming imagination matched the colour of his hair, and in his hands the concerto form took flight as a ‘dramatic form of contrasts’.

This is one of ten concerti composed, showcasing his energy, passion and lyricism as arranged for the flute, following the three movement fast-slow-fast plan, which helped make this musical form popular. 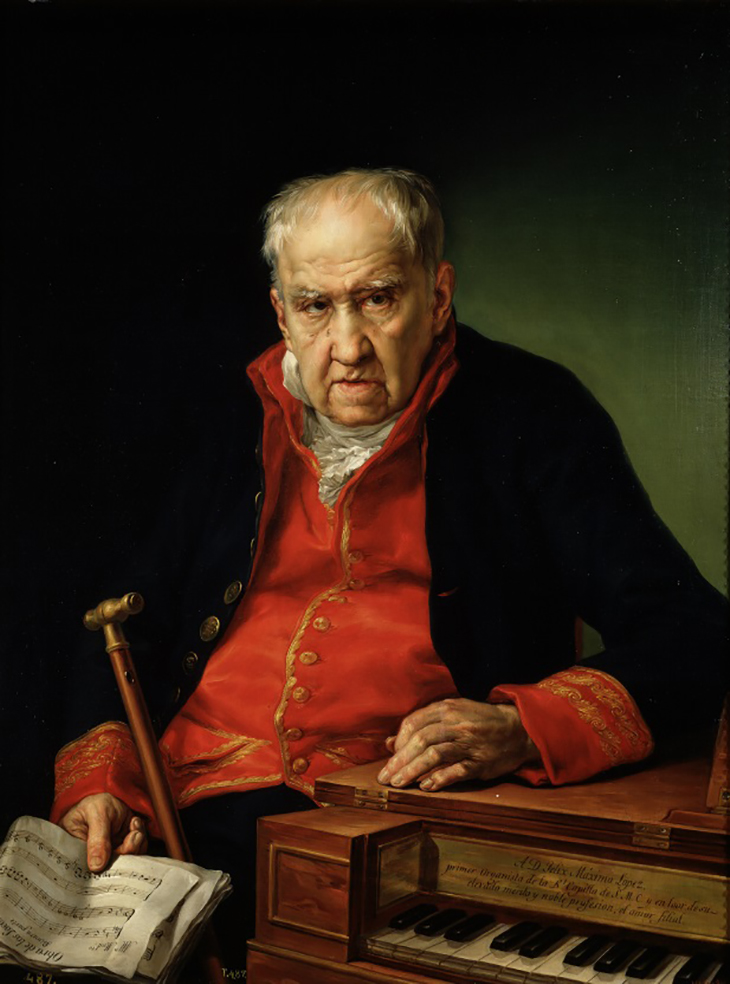 Next up will be Sinfonia (1780) by Félix Máximo López (1742 – 1821) a notable musician at the Spanish Court. For most of the 17th and 18th centuries the Sinfonia referred most particularly to three movement works serving as introductions to operas and cantatas. A portrait of the composer, painted by Vicente López in the Prado Museum c1820, reveals him holding a score of a piece called Opera El Disparate or La Obra de Los Locos considered his most important work

The next on the program will be Antonia Vivaldi’s Concerto for violin Op. 3, Nos. 9, RV 230 in D major from L’Estro Armonico played by Daniel Pinteno. 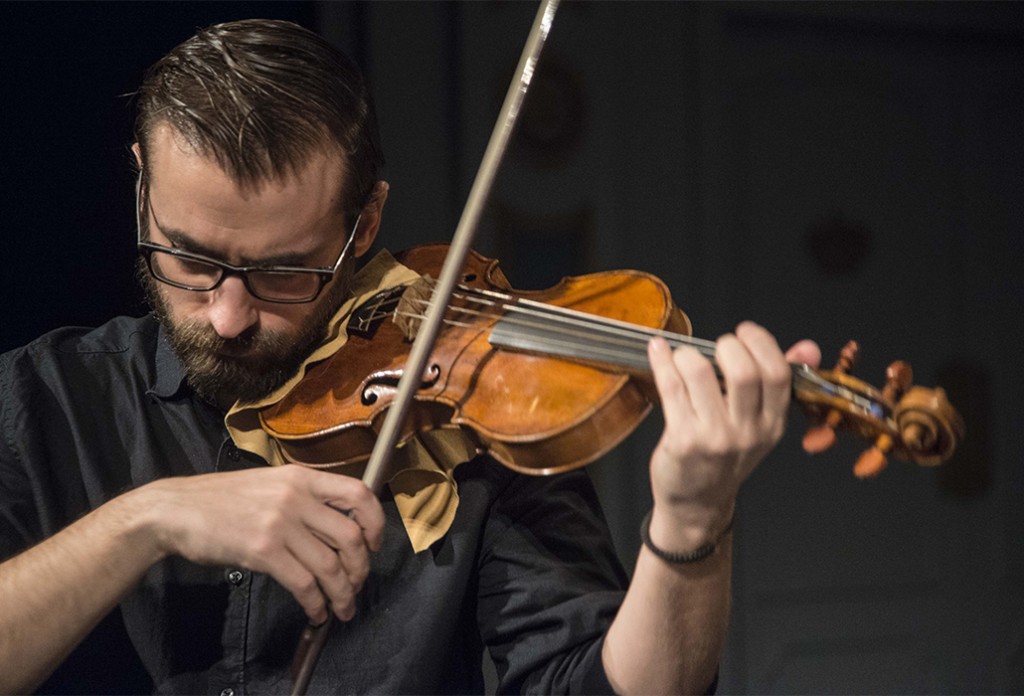 He plays a rare Italian baroque violin from XVII century, as well as a 1713 Stradivari “Pingrillé” copy, made by Cremonese luthier Carlos H. Roberts.

The Concerto he is playing is another piece of lyrical poetry that has great pastoral tenderness and a dreamy atmosphere of both sonority and colour. 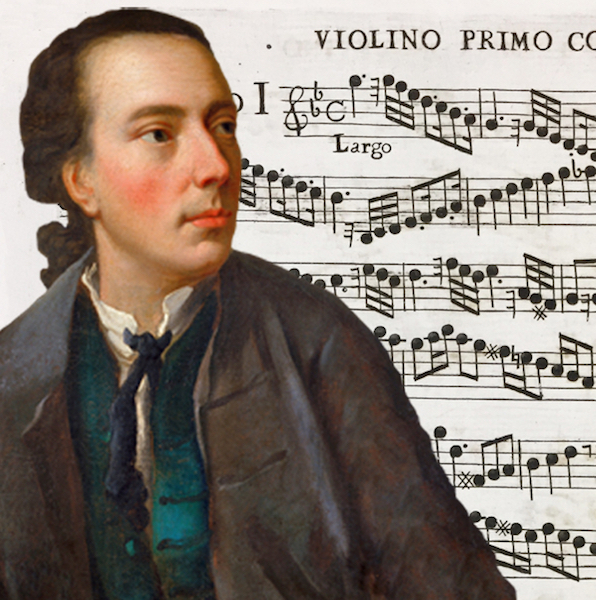 His fame spread far and wide after publishing an Essay of Musical Expression – discussing the contrast between sublime music and beautiful music, as well as great in contrast to graceful.

Avison advised ‘… composers minutely observe the different qualities of the instruments; for, as vocal music requires one kind of expression and instrumental another, so different instruments have a different expression peculiar to them’. 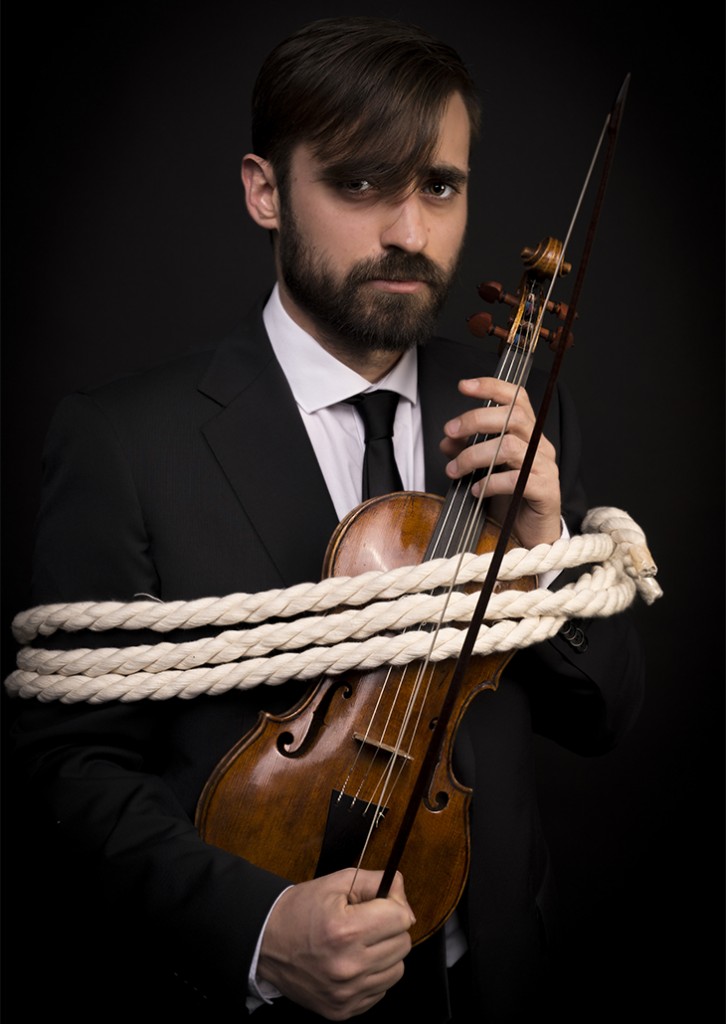 Cayetano Brunetti (1744-1798) is known for having designed progressive, graceful melodies for small ensembles and symphonies for the Royal Chamber Orchestra.

Musically influential in his own circle his works were not published during his lifetime and only a small representation, published since, exist.

The period Brunetti was active at court was when cellist composer Luigi Boccherini (1743-1805) reigned supreme. Visiting Madrid in Spain on a tour in 1768, Boccherini stayed.

He became as influential at Court as Farinelli had been in his day, leaving a legacy of compositions full of gentle warmth and superlative elegance. One can only imagine Brunetti could not have failed to be inspired and influenced by their style. 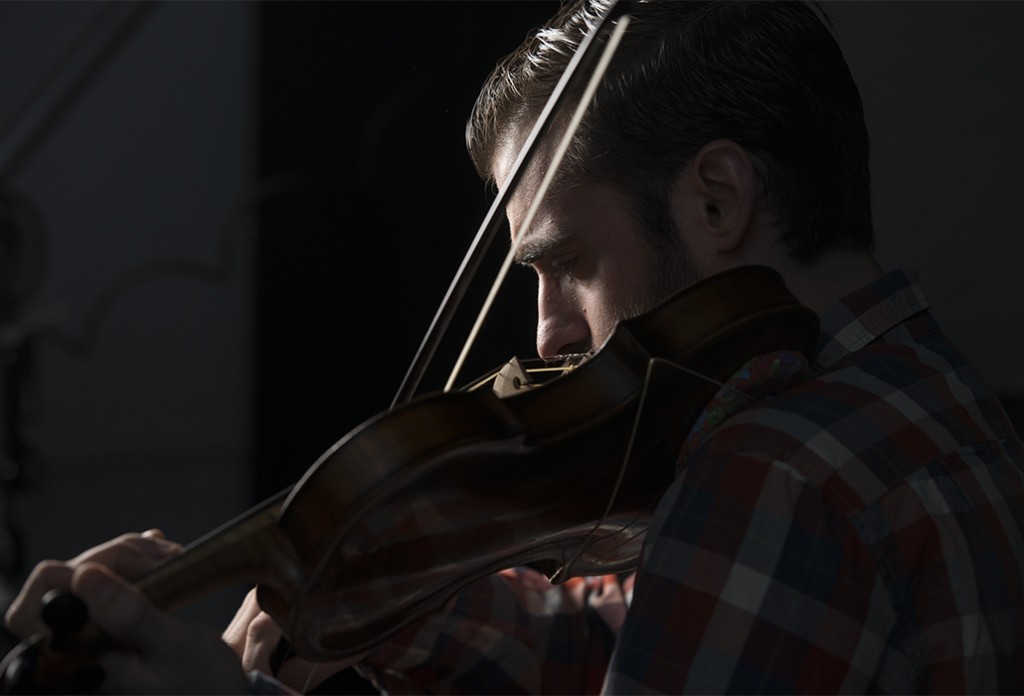 Both venues for this concert, the City Recital Hall, Sydney and Elisabeth Murdoch Recital Hall, Melbourne are designed with wondrous acoustics, which are sure to have this music resonating; another tour de force of performance art to look forward to. Mediterráneo: Music from the Courts of Spain

*Please note this concert was previously titled The Burning Violin, with Stefano Montanari. All previously issued tickets for performances remain valid on the same date(s).