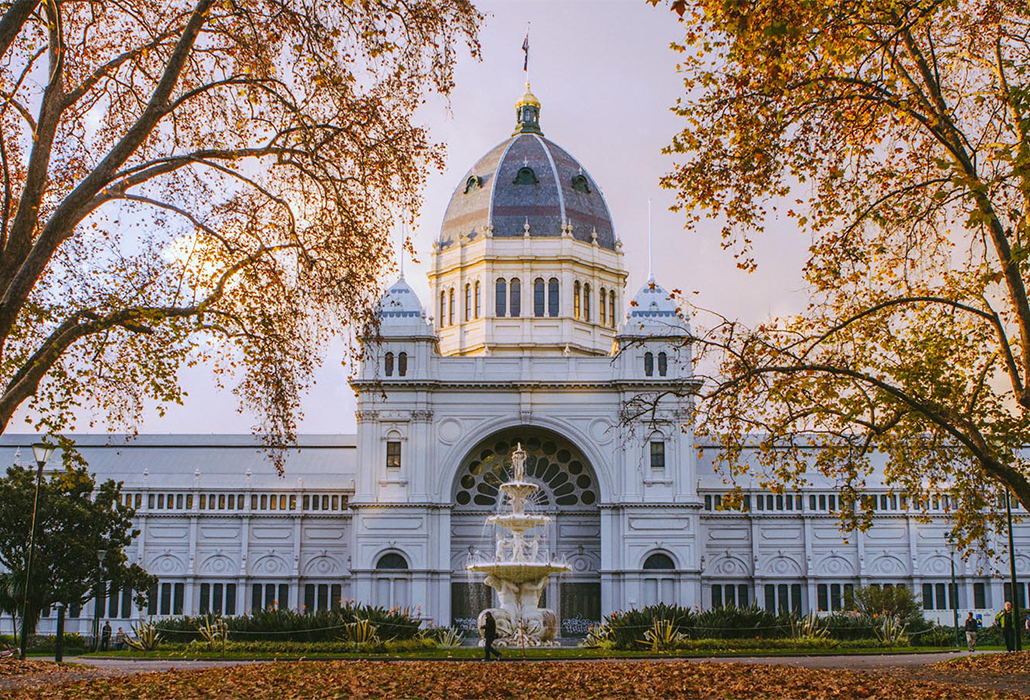 The Royal Exhibition Building in the Carlton Gardens and its surrounds at Melbourne, annually host the Southern Hemisphere’s largest horticultural event. The Melbourne International Flower & Garden Show (MIFGS), now in its 24th year in 2019, will be presented by Lawn Solutions Australia, March 27 – 31.

Landscape designers, progressive florists, emerging design talent, DIY specialists, plus over 200 exhibitors and thousands of flowers will provide evergreen inspiration for those fascinated with flora, which turns out to be some 100,000 + visitors each year. 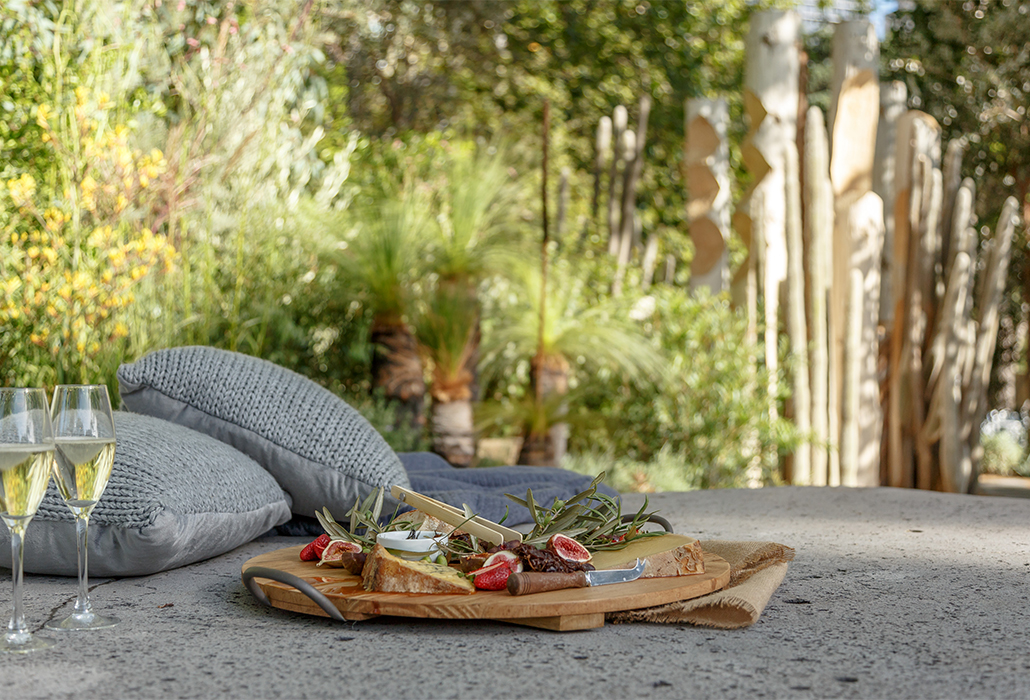 This has come about because of flora’s incredible ability, in many instances, when displaced from their original environment to adapt, flourish and develop new characteristics to suit the regions in which they were planted.

Each year there is an impressive group of local and international designers involved, who are tasked with ‘with creating a stand alone garden within the Gardens that showcases their unique design aesthetic, to be admired by the public and judged by a panel of industry notables’. 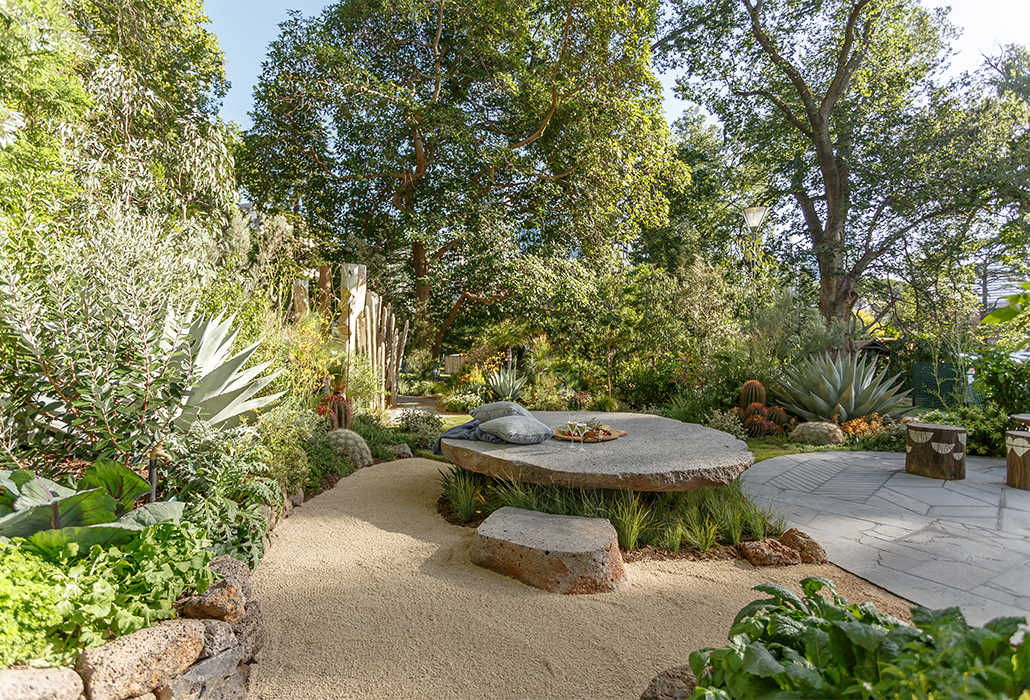 They include Mark Browning, who will debut his tactile Welcome Garden where helpful conversations with those who have gained a great deal of expertise, will be held throughout the Show.

Conceived to resonate with the young and the young at heart, the newly devised space will include a ‘friend’s circle’, a tyre ‘fall zone’, a bamboo forest, nook and tunnel, an interactive bike area and more. 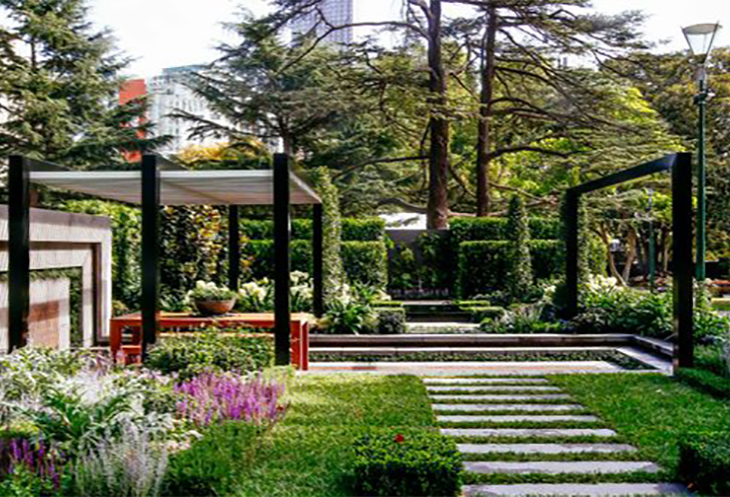 From ancient Persia to the modern private estates of Europe, North America and Australia, gardening has been one of the most visually absorbing expressions of any culture.

An extensive program of complimentary seminars and demonstrations from celebrity landscapers, gardening experts, industry leaders and horticultural experts will be sure to delight. Events on offer will be set among Australia’s largest horticultural spectacular are numerous, and exceedingly diverse in nature. 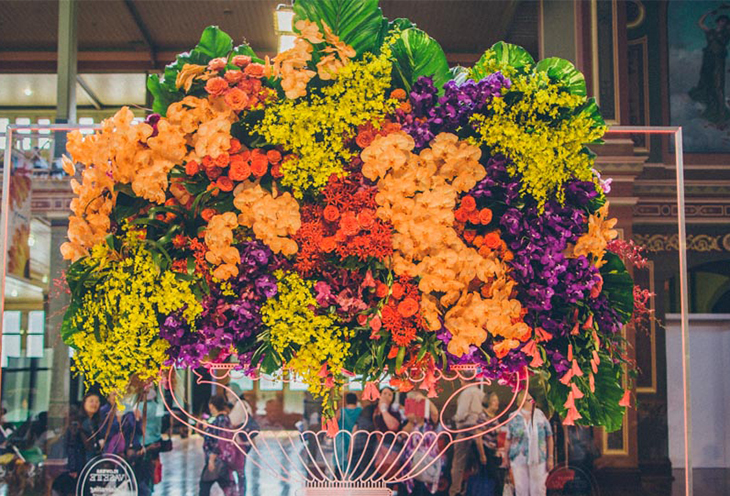 Visitors can become as involved as they would like, including turning their hand to arranging flowers in classes held by the Melbourne Flower School.

There will be a Landscape Advisory Centre, where accredited professionals will consult on any building plans, ideas, photos and projects for visitors.

The world of art has not been forgotten, and the Association of Sculptors Victoria Exhibition will be held 27-31 March 2019, showcasing some 130+ sculptures of varying sizes made from a variety of materials.

During the show, artists will be on site to explain their work, which is for sale, and to answer any questions. Throughout history gardens have evolved to meet man’s ever-changing needs and aspirations, and have been an integral part of our collective cultural heritage. It is suggested civilisation ‘without its garden traditions may be judged impoverished, flawed and incomplete’.

The human desire for more than a subsistence level lifestyle is fulfilled to a large degree by the beauty and visual satisfaction we find in gardens, which by and large we cannot find anywhere else.

For those with strong and committed religious beliefs, spending time in a ‘garden of eternity’ is a desired goal, while for others it’s all about finding a place of solace from the stresses and strains of contemporary life to dream.

Watch our Video – Paradise Found One

It is the recognition of this fact that is a starting point for a profound understanding of our place in any creation story.

When travelling in the east around 400 BCE, Greek Historian and soldier Xenophon, commented he had never seen ‘anything like the luxury of the royal gardens … their name is Paradise and they are full of all things fair and good that the earth can bring forth…’ he noted.

In Australia, what was born as an English penal colony has evolved into a multicultural land of opportunity, one in which layers of diversity and the motifs and elements of other cultures enrich us all. Government House Sydney, was newly painted and put into a complete state of repair for the arrival of the new Governor Lieutenant-Colonel Lachlan Macquarie and Mrs. Macquarie in 1810 when a contemporary description of the house says

‘It is very pleasantly situated and commands a charming view over the cove and town. In the front of it there is a very excellent verandah or covered way, which shades the house very much…The garden and pleasure ground are very good and all is enclosed with a park paling fence, but much may yet be done in the way of improvement’. 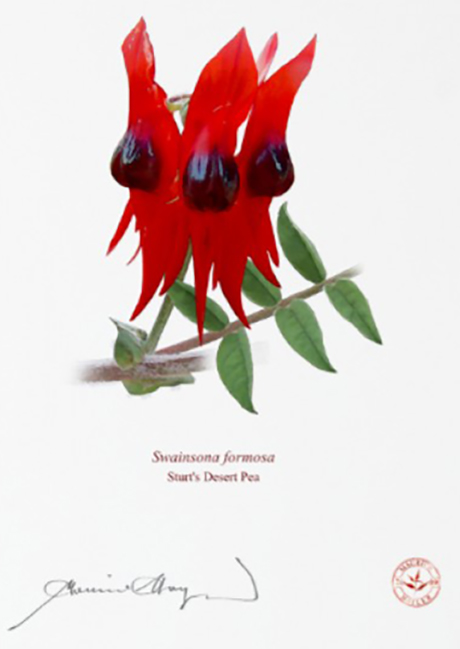 Dutch explorer William Dampier, the so-called botanical buccaneer, was the first European to pick the Swainsona formosa (Sturt’s desert pea) in the west Australian Bush in 1699.

His written accounts of his two voyages to New Holland made Australia a reality for the British.

Dampier was the first to use the term ‘gum tree’ and he collected both ‘flowers and plants which he found beautiful, unusual and fragrant, and ‘unlike any I had seen elsewhere’.

No one doubted Bank’s word and when the Endeavour returned to England the great garden at Kew, under his supervision, became the main repository of the living plant wealth of the British Empire.

Plants from Australia were also part of the Baudin expedition, which set out from Le Havre in France in October 1800 as part of Napoleon’s vision to conquer and establish a new scientific empire in the Antipodes. So many stories to tell about gardens, and so little time. Your sure to find the answers you want to the questions you have been dying to ask someone in the know at the Melbourne International Flower & Garden Show.

The Passions of Jean-Baptiste Carpeaux on show at The Met NY, reveals the works of exceptionally gifted French sculptural artist during a brilliant brief career