“Earlier this year, working closely with NGV President Bruce Parncutt and the Trustees, I began to develop a new strategic plan” says our guest author Tony Ellwood, Director of the National Gallery of Victoria.

“Central to this vision was the idea of an exhibition to celebrate the vitality and breadth of contemporary art and design in Melbourne. As we explored this concept, the cliché about the city being Australia’s so-called ‘arts capital kept coming to mind.

Rather than dismiss the cliché, I wanted to test it, and ask, did Melbourne really deserve to keep that title, and did the city still live up to that status? After many months of preparing for the NGV’s summer series exhibition Melbourne Now, visiting studios, artist run spaces and architectural and design hubs across the city, my answer is a resounding and unapologetic ‘yes’. Arts capital’ Melbourne may be a cliché, but it is an accurate one. The proof was everywhere as I made my way through a city teeming with creativity. I was astonished by the sheer spread of artists and their shared vision, however disparate their practice.

The common thread in this abundant activity, from merging to senior artists, was a sense of passion, resourcefulness, imagination and commitment to the creative life

Melbourne’s inquiry into art and design is not a niche interest; it is a democratic pursuit that crosses cultural, geographic and social borders.

During our research, we have loved nothing more than engaging with the city’s artists, sitting in their studios and talking about process production and ideas.

This extensive research, conducted by the NGV’s tireless curatorial team, results not only in the temporary experience of Melbourne Now over summer, it will also guide the Gallery’s acquisition program, with some exceptional new works entering the collection.

Unprecedented levels of private support have helped make these acquisitions possible and we warmly acknowledge the many individuals who have pledged generously to the exhibition. 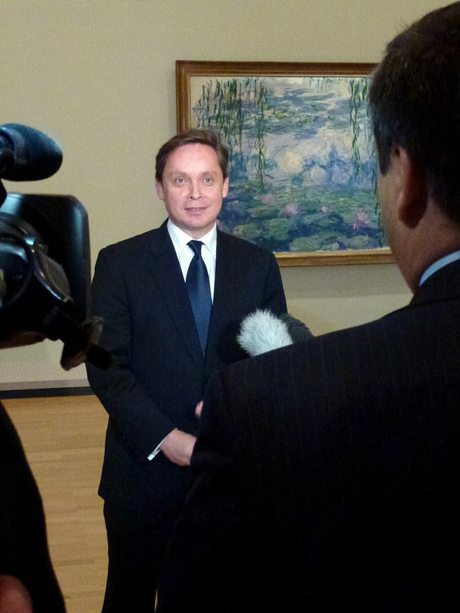 Director of the National Gallery of Victoria, Tony Ellwood at the launch of the Monet Exhibition Photo credit: Belinda Watsford

At this point, it is fitting to pay tribute to one of the Gallery’s greatest single benefactors, Loti Smorgon AO, whose commitment to modern and contemporary art, and the NGV, was unwavering.

Loti, who died in August aged ninety-four, embraced the art of her generation, allowing the Gallery to collect widely and courageously, as Assistant Director Isobel Crombie attests to in our November/December Gallery magazine.

Philanthropists such as Loti, and her husband Victor Smorgon AC, are as vital to the creation of a cultured, cosmopolitan and broad-minded city as artists themselves.

Our gratitude to Loti cannot be overstated.

Our Gallery Magazine, which is available to our members with their subscriptions, or for purchase at our shops at the NGV International and the NGV Australia, has undergone quite a transformation. We have worked hard to reinterpret how we present information to our members and the public, and the new-look magazine is part of that evolution 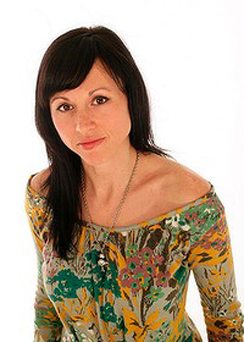 We were delighted when Gabriella Coslovich agreed to become our new Gallery Magazine editor; her experience across the arts sector and ability to articulate issues of relevance will ensure this is an exciting publication.

Studio Round, one of the creative teams that make up Melbourne’s vibrant cultural landscape, has redesigned the magazine and so it is appropriate that its launch coincides with that of Melbourne Now

We view our Gallery Magazine as one of a suite of publications that will contribute to debates on the role of the museum, exhibitions, art and artists, and that will engage with the world beyond the NGV, providing you with information that is nationally and internationally relevant. Monet until Midnight, a popular concept at the NGV International, Melbourne Victoria

As we head into the most ambitious program ever staged in the Gallery’s 152-year history, I must also thank you for your support of Monet’s Garden: The Musée Marmottan Monet, Paris, attended by more than 340,000 people.

Worth singling out was the success of Friday nights at Monet’s Garden, with a live music program of such calibre that all nights sold out and collectively attracted record numbers for our evening viewing programs.

To see such a broad crowd descend on the NGV and revel in talks, art and music was extremely gratifying. I am certain that the energy that filled the Gallery during Monet’s Garden will continue into the summer months as we embark on Melbourne Now.” Melbourne Now will be open daily from 10am–5pm. Free Entry.

*You can follow the NGV Blog for daily behind-the-scenes updates.

Julia Lezhneva, “… a jewel in the crown of Hobart Baroque” said Leo Schofield, adding his voice to the thunderous acclamation and numerous standing ovations we witnessed being received by the diminutive Russian soprano from her appreciative audience on Sunday night 30th March 2014 at Hobart. At her concert in…