The challenge for all arts directors and government ministers for the arts in the age of technology is to keep the atmosphere electric, the art relevant and the experience of it real to a growing diversity of people from all walks of life and all backgrounds.

The Melbourne Winter Masterpieces series has, over the last decade, changed the face of winter in Melbourne, and been a proven hit with Victorians and visitors. This year there are many masterpieces on show with the exhibitions Hollywood Costume, Monet’s Garden and Australian Impressionists in France drawing in the crowds.

In terms of what they are however, they could not be further apart. They do cater for a wide range of tastes, offering a pleasant and entertaining encounter with the arts, especially for those coming new to its hallowed halls.

It’s time to shine a light on contemporary art and artists and once again acknowledge the continuing vision of the government in Victoria in continually affirming its commitment to the growth of its arts and culture by making it available and accessible to all Victorians while supporting and developing the creative industries. 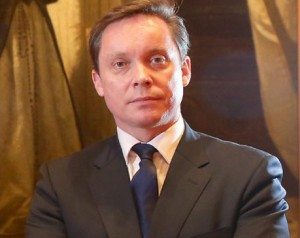 The Director of the NGV (National Gallery of Victoria) Tony Ellwood recently welcomed the announcement of a significant funding boost of $8.5 million from the Victorian Government.

“Melbourne Now will be an all new major Summer show for this city. It is the largest and most ambitious contemporary art exhibition the NGV has ever staged…” said Mr Ellwood “Our vision for the NGV is to enhance the experience for all our visitors”. By introducing a new initiative NGV Summer as a major annual event, and achieving major improvements across both NGV sites, we will be able to engage with Victorians in new and interesting ways.

“…from art and design, to architecture, music, film and fashion; will include a major component for children, with specially-commissioned interactive projects throughout, as well as state-wide programming” said the Minister for the Arts Heidi Victoria.

The Victorian Foundation for Living Australian Artists provides significant support to the gallery and artists for the NGV collection and for touring and lending to the network of regional and metropolitan galleries.

Ms Victoria is passionate about the community and an advocate for the Victorian arts sector.

Her department delivers an arts and cultural policy and supports the development of a creative and dynamic arts sector. It’s all about ensuring that the increased patronage of state funded organisations continues to grow.

Founded in 1861 in the wake of the gold rush Melbourne was the richest and largest city in Australia and the NGV is Australia’s oldest public gallery. Its holdings include 65,000 artworks spanning thousands of years.

The most expensive painting ever purchased was for its 150th birthday in 2011.

The work is by sixteenth century artist Antonio da Correggio, one of the most influential artists of the Italian High Renaissance. The  Madonna and Child with infant St John the Baptist 1514-1515 was purchased for $5.2 million.

Today it contains a diverse range of media: paintings, prints and drawings, frames and furniture, photography and digital media, fashion and textiles, and three-dimensional art.

They are on display in two locations. The National Gallery Victoria International (1968, renovated reopened 2003) on St Kilda Road in the heart of the city and The Ian Potter Centre, which is located nearby to Federation Square 2002.

Developing a relationship with the imagery of the world in which we live is part of a life long learning process. Art is a valuable tool for communication creativity, cultural and social engagement for everyone.

It is all about bringing people of all cultures and communities together to create an environment that is enriching in the way we live in it and deal with each other. “It’s now been over ten years since the opening of the NGV’s second gallery, dedicated to Australian art at Federation Square. The Pioneer 1904 Oil on Canvas Exhibited, Winter Exhibition, Victorian Artists' Society, Melbourne, 1905, no. 43 as The Pioneer; from where purchased for the Felton Bequest, 1906 courtesy National Gallery Victoria

This funding will go a long way to enabling a major refit and refurbishment to refresh the gallery, better utilize the spaces and improve the visitor experience.

This will include major upgrades to the public multimedia components of the gallery.”

Ms Victoria also said improvements at NGV International will focus on enhancing the modern and contemporary art and design galleries, as well as creating a new temporary exhibition gallery on the ground floor, in what is currently a storage area.

It makes good sense to move art storage facilities off both their sites on St Kilda Road, which now hosts many prestigious living and professional buildings in a competitive real estate market so space is at a premium in terms of use and price.

The main building on St Kilda Road will also be illuminated externally, it is the only major public building in the precinct near the river, which isn’t and as such has long been a ‘black spot’ in the city at night. Its forecourt will also receive improvements with a concentration on public safety and animating the area so that people’s experiences are enhanced.

Embracing tradition and modernity the elegant city of Brussels in Belgium is hosting the Brussels International Guitar Festival & Competition, 2015 for five days from the 24th to the 28th April 2015. Many of the greatest international guitarists will be performing, some for the very first time. The program has…