Movies, marvelous movies – there are going to be some great summer screenings in Melbourne over the holiday season.

With the weather behaving so badly this is a real plus; rain, hail or hot, hot and really hot there’s a venue near you showing a movie that will make you forget war, plague and pestilence, not to mention the weather and the possibility of a recession around every corner in 2014.

Here are my picks for The Circle friends and followers, so that you can consider treating your nearest and dearest or maybe just to give you an opportunity to kick back and relax:

They are my cup of tea and this one sounds terrific. 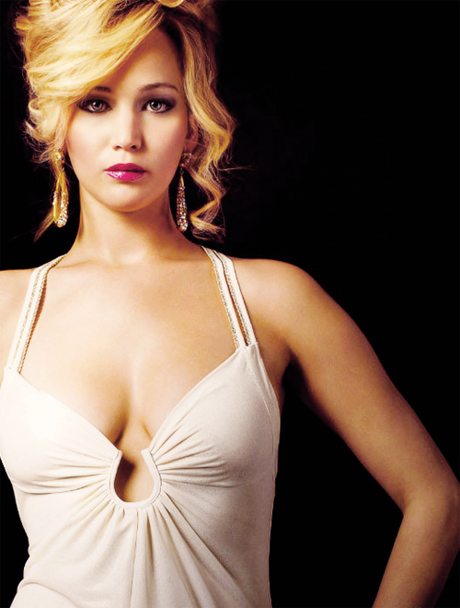 Set in the ‘70s to early ‘80s it’s a fictionalized account of the US Abscam scandal that resulted in the conviction of congressmen and a state senator, among others, on bribery charges.

With big hair (remember those curly perms, ladies) and big shoulders the interiors and clothes are gorgeous, the backdrops photographed with dazzling elegance.

DiMaso pushes them into dangerous situations, peopled by New Jersey powerbrokers and the mafia – dangerous but also charming and exciting.

Carmine Polito (Jeremy Renner), a passionate, unpredictable political wheeler-dealer, is caught between the operations of Irving and Amy and the FBI.

Everyone is hustling to survive, Rosalyn (Jennifer Lawrence), Carmine’s could be nutty wife, might be the gal who brings the whole operation down causing real bad karma for all those involved.

Directed by David O. Russell, this human comedy of errors (it’s been reviewed as really funny) is well cast with great performances and lots of twists and turns to an intriguing plot. 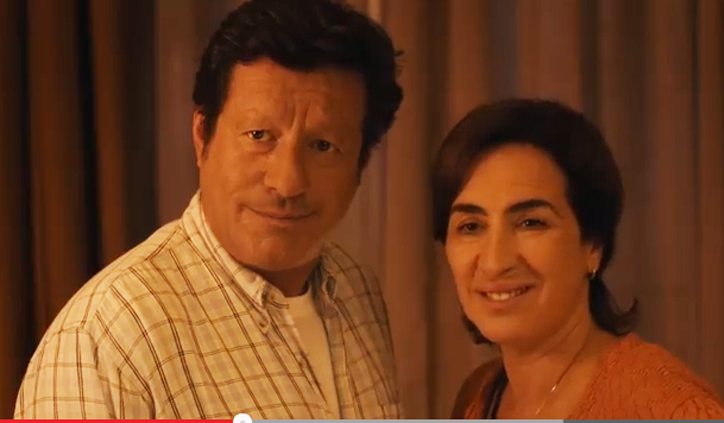 Joaquim De Almeida and Rita Blanco, in The Gilded Cage

This show explores the difference between the feelings that parents and their children have for their adopted homeland. Despite having a relatively unknown cast, this film has been an unexpected hit in France and has already collected an impressive number of positive reviews in Australia.

Working class couple Maria (Rita Blanco), a concierge at a Parisian building, and husband, José (Joaquim De Almeida), a construction foreman would like to retire and return to Portugal. 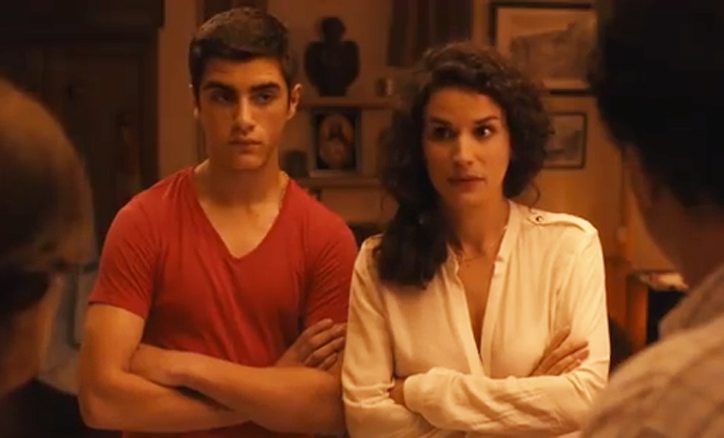 Both the daughter and son still live at home, have little memory of Portugal, speak French to each other and only rarely speak Portuguese to their parents.

This must be a problem that many immigrant parents face when they want to shift families back to the ‘old country’. As usually happens when families have to make a decision, push turns to shove in the form of an inheritance which would make it possible for Maria and José to return to Portugal and live comfortably with their son and daughter in a beautiful family home.

First-time Director Alves makes good use of the drama and humour to be found in this story of conflicted family points of view and the parent’s nervousness at having to tell their employers they want to retire.

There is a large cast who all perform well and the screenplay is reportedly witty and economical with realistic and funny characterizations.

Refreshingly, all the actors playing immigrants actually are Portuguese or have Portuguese roots. Think I will give The Gilded Cage a try, sounds good. Philomena – based on a true story about an elderly Irish woman, , searching for the three-year-old son she gave up for adoption as an unwed teen living in a convent. This is definitely a two-handkerchief job (don’t wear mascara when you go, nobody looks good with Panda eyes) but with Dame Judy Dench in it, who cares?

Maybe I don’t get out enough but Steve Coogan is a new face for me, his partnership with Judy Dench, though, has been very well reviewed.

This film could have been just a weepie as the subject matter of a young mother forcibly separated from her toddler, universally regarded as emotionally traumatic, would move Atilla the Hun to tears.

Director, Stephen Frears though, has made the most of Judy Dench’s remarkable acting skills to turn ‘Philomena’ into a multi-layered story: funny sequences built around English class distinctions (Philomena is working class, Martin, the journalist, upper-class and snobby), insights into societal attitudes of the ‘50s, a road trip and an intriguing mystery to discover the identity and location of Philomena’s lost child are all part of what is an interesting thought provoking film.

Judy isn’t dressed to impress, she looks decidedly down-market as Philomena and with appetites to match, her role is a far cry from the historical dame or witty contemporary woman roles that she does so well. The real Philomena and other young women of the ‘50’s and ‘60’s who became pregnant without the backup of a gold band or family support are today considered victims of an inhumane society which banished them to church or state organizations to give birth and then forced them to give their babies up for adoption.

Philomena was certainly a victim of this horrendous practice but the script, with great help from Judy Dench’s finely tuned performance depicts her as capable of immense fortitude in the face of terrible sadness and with a wise insight into the reasons for the behaviour of those who destroyed her right to be a continuing presence in her much loved son’s life—neither does she lose her frank and healthy interest in sex… way to go Judy and Philomena!

The story is told in contemporary times with flashbacks to the disgusting and deceitful actions of nuns at the rural Roscrea facility back in the ’50s – toddlers snatched from young unwed mothers were sold for a tidy sum to American families.

Reviews are positive, with most reviewers agreeing it’s best to see ‘Philomena’ without too much background knowledge and be delighted by what is an interesting, quite delightful story.

If you are still looking for a Christmas present for the classical music buff in your family then why not check out Musica Viva’s presentation of the Kelemen Quartet at the Melbourne Recital Centre.

Combining youthful brilliance with the finest Hungarian tradition, the quartet’s energetic flair and striking charisma adds a thrilling modern zest to their performance of music from their great compatriot Bartók alongside a world premiere by Ross Edwards and well-known masterpieces. The Kelemen Quartet, comprising Barnabás Kelemen violin, Katalin Kokas violin/viola, Gábor Homoki violin/viola and Dóra Kokas cello was founded in Budapest in 2010. It has already gained a reputation as one of the most exciting young string quartets. The ensemble’s international acclaim was further enhanced in July 2011 when they received three prizes at the 6th Melbourne International Chamber Music Competition: the overall second prize, the audience prize and the Musica Viva Grand Prize.

On the Kelemen Quartet’s first US tour, it was praised for its electrifying stage presence and extraordinarily interactive music making.

Recent highlights include debuts at the Philharmonie Berlin, Auditorium du Louvre Paris, Palace of Arts in Budapest, Schloss Esterhazy in Eisenstaedt, Bruneck, Dallas and at the Lockenhaus, Lohisoitto, Kaposvar and Kauinainen Festivals.

Still got a few Christmas presents to buy, but want something different? Take a pleasant drive out through Melbourne’s eastern suburbs to Ferntree Gully at the Foot of the Dandenong Ranges on Saturday, December 21st and go for a wander around the Ferntree Gully Village Artisan Market.

The Market runs every 3rd Saturday of the Month between October and April each year. Upcoming market dates include the 21st December 2013, 18th January, 15th February, 15th March and 19th April 2014.

Market hours are between 9am to 3pm and visiting this very popular outdoor art & crafts market is easy whether you decide to travel by car or public transport.

Car Parking is available in the Private Car Park – 102 Station Street, Ferntree Gully Village, (opposite IGA) or if you’re environmentally aware and want to reduce carbon emissions then the market is easily accessible by train; Ferntree Gully Station is located behind it. The market showcases a diverse range of unusual hand-made arts and crafts created by skilled local artists and designers; the market aims to bring artisans back into the community by giving them an outlet for their products.

Paintings, dichroic glass jewellery, sculptures and drawings, as well as various art and craft home decor and furnishings are available direct from the maker.

Check out a selection of the participating artisan stallholders

Many of the items are unique so the Ferntree Gully Village Artisan’s Market is a lovely opportunity to buy a gift not to be found anywhere else.

If you have visited the Ferntree Gully Market then before heading for home, drop in at the Burrinja Gallery in Upwey. The gallery, 32 kilometers from Melbourne, between Upper Ferntree Gully and Belgrave is currently holding a retrospective exhibition of bright, bold and bizarre textiles, The Challenge of Colour by artist Isabel Foster. The exhibition runs until March 16th, 2014 and is a great opportunity to view amazingly constructed pieces from Isabel’s long career, which spanned 45 years.

It includes her ‘Tribute to Truganninni’ knotted cloak, along with colourful ‘Oddballs’ of all sizes, arm chairs and pieces of remarkable hue and diversity

92 years young, Isabel was a devotee of using reverse garbage as materials for her artworks long before the current trend of re-cycling anything and everything became an acceptable form of artistic expression and manufacture.

Heavily involved in many guilds, textile events and education institutions, Isobel’s work is original in concept, colour and design.

Free tours will take place on Thursdays and Saturdays at 11.00am.

Group tours of the exhibition are available upon request by contacting the Gallery.

There’s a lot going on at Burrinja – exhibitions, theatre and music, and with an on-site café you can trawl the gallery, then relax with a coffee and cake – seriously enjoyable. That’s it, folks for The Circle’s Sensational Summer series in Marvellous Melbourne.

I’ll be back in January 2014 with more news about Melbourne, Australia’s most livable city (have to admit I’m just a touch biased).

Until then, may Santa bring you and yours a Christmas full of wonderful surprises and a New Year of health and happiness.

May 5 – 21 the ACO will tour Bach, Beethoven & Mozart V, a vortex of ideas and implications with soaring melodies and unanticipated contrasts of form and style