Summer in Marvellous Melbourne, still a little short of sensational. I have found some great events in and close to Melbourne’s CBD while we all wait for the sun to become reliable for more than 24 hours, exploring very different aspects of performance art.

If you have always wondered what Wagner’s Ring Cycle, which comprises four operas:  Das Rheingold (The Rhine Gold), Die Walküre (The Valkyrie),Siegfried and Götterdämmerung (Twilight of the Gods) is about but haven’t had the time to find out.

The City of Melbourne in conjunction with Opera Australia is currently presenting the Melbourne Ring Festival which runs from 15th November to the 13th December 2013. Although individual operas of the sequence are sometimes performed separately, Wagner intended them to be performed over four nights; a total performance time of about 15 hours.

Phewww…. most of us would find it a problem to set aside that much time for Richard Wagner’s  epic.

The Melbourne Ring Festival solves the problem by making some tickets available for individual opera events within the Cycle and has also come up with a program of events designed to give a taste of Wagner’s amazing operatic cycle through films, exhibitions, concerts, talks, performances and more.

Trawling through the festival program, I would be surprised if there isn’t something for all age groups and musical predilections in the diverse and wide ranging events listed.

Here are a few selections that I think would have made Herr Wagner smile at the update to and imaginative treatment of his remarkable librettos and music: 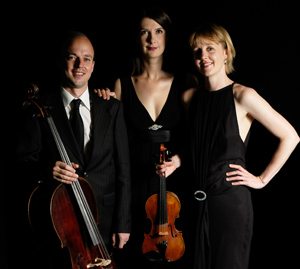 With music by Graeme Koehne and text by Peter Goldsworthy, the highly acclaimed cabaret-quintet – for Soprano, Piano Trio and iPhone – commences as Brünnhilde, a woman of some substance and size, who searches online for her knight in shining armour.

With more emotion than a Broadway Musical, all the refined musicality of a Beethoven symphony and more technology than a mission to the moon, The Ringtone Cycle is a one hour drama of far-reaching dimensions.

Does Brünnhilde get her guy?

You will find out by going to the Melbourne Recital Centre’s Salon on Thursday 28th November, Saturday 30th November or Sunday 1st December. As part of the celebrations surrounding Opera Australia’s first complete Ring cycle, the thrilling sound of one of the world’s finest opera choruses will fill Melbourne Recital Centre, performing works by Wagner and Verdi in the year of the bicentenary of their birth, and other famous choruses from the operatic repertoire. 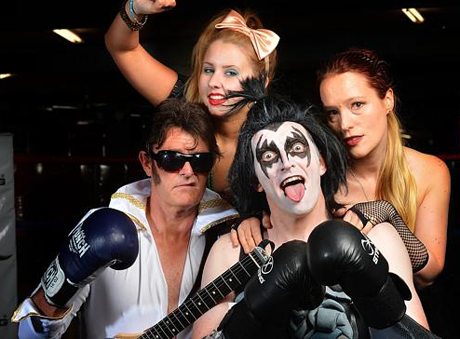 THE RING IN A RING ARENA SPECTACULAR

If you hate opera, you’ll love this! Cut Opera continues to go where no opera has gone before by performing in a boxing gymnasium.

I am an opera groupie but I would still love to see Wagner’s Ring cycle performed in a boxing ring in a one hour, thrilled-packed performance with no boring bits, revved up with legendary popular music.

A comic, light-hearted spoof of this epic tale referencing rock legends and mixing together operatic and contemporary voices. This is something for all social tastes!

Sounds a little crazy but thinks it’s probably going to be a huge amount of fun.

Here’s the venue: St Kilda PCYC Boxing Hall, 179 Inkerman Street, St Kilda, November 23, 24, 30 and December 1st At 5pm. The St Kilda PCYC is a not-for-profit organisation that endeavours to engage youth at all levels. Emotionworks ticket sales will contribute to this cause.

And now for a family freebie: Bugs v Wagner Great that the festival has provided not only a free event for families but also an opportunity for parents to introduce their children to operatic music in an appropriate sure to be appealing way. The Abbotsford Convent lights up at night

On a warm night, sitting on a deck chair, nibbling a tasty morsel, a drink within easy reach, a good movie playing against a starlit sky – if this is your vision of paradise then visiting Melbourne’s outdoor Shadow Electric Cinema at Abbotsford Convent will make your dreams come true.

The Abbotsford Convent, a stellar place to visit at any time of the year, Shadow Electric Cinema’s program of old and new movies are now showing in the Convent’s quadrangle. Eat, drink and be merry (happy is also allowable) while watching a first run movie or maybe something a little older that you missed or would love to see again.

The screenings began on the 21st of November and will continue until the 30th March, 2014. 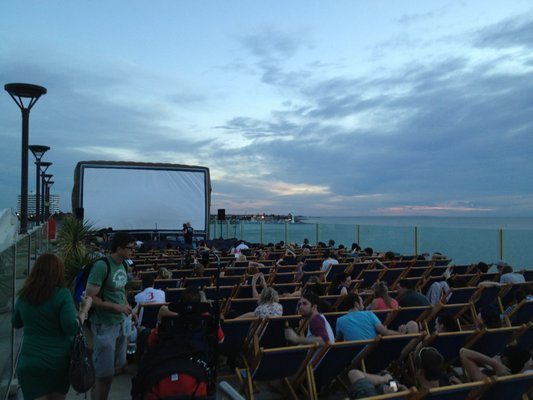 For big and little kids, Ben & Jerry’s Openair Cinema returns to St Kilda’s South Beach on the on 1 December 2013. South Beach, easily reachable by public transport, you will have more fun and help the environment if you leave your car at home.

Free ice cream is available at The Sundae (Sunday) Sessions and the season will start with a charity launch on 1 December 2013. Melbourne band Gypsy Cat will perform on the sunset stage and a session ticket includes: two great live music acts, super-fun games on the lawn, Ben & Jerry’s ice cream, free bean lounger or deckchair hire, a screening of the movie ‘About Time’, and a goodie bag packed with tempting treats.

About Time, a movie starring Bill Nighy and Rachel McAdams involves the gift of time travel and the development of a special bond between father and son – sounds great, have to admit for me, anything with Bill Nighy sounds great. SEW (Supporting and Empowering Women) and the Social Studio have joined forces to hold an-all day Pop-Up Xmas Market at the Henley Club, once the home of Mirka Mora’s studio. The market is located at The Henley Club, 8 Rankins Lane, Melbourne on Thursday, December 5th between 10 am and 10 pm.

You may be greeted by hip-hop carollers – you may also learn a little more about Melbourne’s refugee communities and HIV+ Tanzanian women.

The rise of collaborations between social initiatives that are ethically and innovatively run emphasises the growth of enterprises working together to form clothing and accessory markets that are sustainable and empowering communities.

SEW Tanzania is a social enterprise that employs HIV+ women in Arusha, Tanzania, to hand-make bags and accessories for the world market.

SEW bags are instantly recognisable – yet each piece is unique and one-of-a-kind.

The Social Studio is a Collingwood-based fashion label providing the opportunity for talented young people who have experienced being a refugee to work and learn whilst creating beautifully crafted products.

Christmas, around not too many corners, the Pop-Up Xmas Market at the Henley Club on December 5th is a great place to pick up something special for someone special, and at the same time extend a helping hand to those whole really need our support.

The Circle would love to hear from you, if you visit any of the above events, meanwhile, catch you next week.