The Melbourne Symphony Orchestra (MSO) has a proud tradition of entertaining the people of Melbourne with a vibrant season of music, including free outdoor concerts held in the Myer Music Bowl at sunset under a canopy of stars and with a backdrop of an illuminated cityscape.

You can take a picnic and enjoy a night out infused with glorious music while you celebrate life and special events. Admission is free and gates open at 4pm.

The MSO will offer a trio of Myer Music Bowl concerts in February 2015 to complete the summer season.

The concerts are an aspect of SummerSalt, a festival held during Melbourne’s summertime ensuring that members of the public over five summer weekends can choose from a variety of free visual and performance arts. A Musical Valentine featuring the MSO will take place on the 14th February and includes the glorious Romeo and Juliet by Pyotr Ilyich Tchaikovsky (1840-1893). His impressive harmonies, heart-wrenching melodies and virtuosity always inspire an emotional response.

Conductor Benjamin Northey will be sure to coax the best from his players and Emma Matthews one of Australia’s foremost sopranos will certainly ensure the music touches many hearts.

Summer Nights in Budapest will be held on 18th February. This concert features a combination of poetry and piano with Franz Liszt’s Piano Concerto No 2 and Johannes Brahms vibrant and smouldering Hungarian Dances will feature Daniel de Borah on piano.

Bohemian Rhapsodies on Saturday 21st February the final free concert of the summer season will be sure to have everyone in raptures, especially as it is ending with the divine Symphony No 8 by Antonin Dvorak (1841-1904). The soloist is Ji Won Kim on Violin.

Both concerts will be conducted by Gergely Madaras conductor. 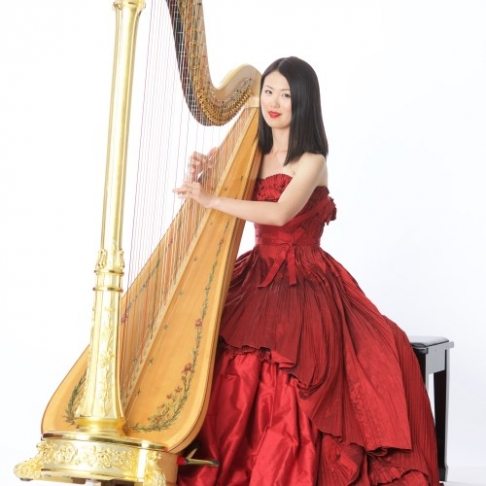 Dvorak’s Symphony 8 was truly one of his major achievements as a composer,  revealing in its melodies his genuine love of folk music and the great affection he treasured for the beauty and nurturing nature of the Czechoslovakian countryside. It was an integral aspect of the Austro Hungarian Empire at the time.

The program will include Nu Shu: The Secret Songs of Women by Academy award winning composer and conductor Tan Dun, who in a rare Melbourne appearance will also conduct the MSO.

Host of the ABC’s current affairs program Kerrie O’Brien will join in too, and with both Neil Perry and American born Australian writer Linda Jaivin, share a passion for Chinese culture and its rich heritage. Guests will be sure to be happy as they imbibe on delicacies from Perry’s award winning restaurant Spice Temple with their beverage of choice.

They will also listen to and discuss the MSO’s interpretation of the truly divine Bolero by French composer Maurice Ravel (1875-1937).

Ravel’s mastery of orchestration ensured that this extraordinary piece of music would become a world-wide favourite for showcasing symphony orchestra playing.

The MSO’s season series of concerts on offer throughout the year starts officially in autumn on Saturday 14th March at 7:00 pm in the Hamer Hall.

Led by conductor Branwell Tovey, the MSO will accompany one of the world’s greatest and favourite bass-baritones Welsh born singer Bryn Terfel.

Grammy winner Bryn Terfel, a recipient of Her Majesty the Queen’s medal for music, has performed in all the greatest of the opera houses around the world and is perhaps best known for his portrayals of Figaro and Falstaff.

His versatility as a concert performer singing music from Faust to Fiddler on the Roof keeps him at the top of his game and in high demand.

He is teaming first up with Australia’s sweetheart of stage and television Lisa McCune to sing and present a melange of melodies.

Bryn Terfel and LIsa McCune sing Broadway Classics will be a thrilling night of much loved showtunes. Lovely Lisa McCune on stage with Bryn Terfel at the MSO 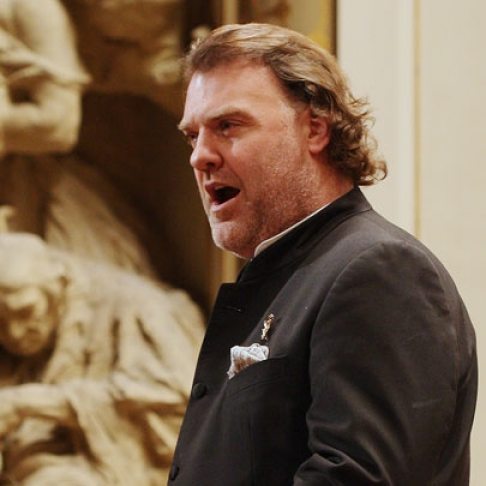 Carousel, Anything Goes, Camelot, The King and I and Fiddler on the Roof, are just some of the shows the songs have been selected from. By musical theatre luminaries such as Cole Porter, George Gershwin, Rodgers and Hammerstein and Lerner and Loewe, fans are in for a rare treat.

On Friday 20th March at the Hamer Hall with Sir Andrew Davis conducting Bryn Terfel will temptingly feature as the devil Méphistophélès in the MSO production of The Damnation of Faust.

This is composer Hector Berlioz’s work based on the German author Johann Wolfgang von Goethe (1749-1832) who was involved in the intellectual revolution of his time.

It is a contemporary cautionary tale of ‘richness, complexity, and literary daring’ about a man who is tempted to his soul to the Devil in turn for receiving earthly fullfilment.

It begs the question what would you give up yours for.

Berlioz was no inspired by a social atmosphere of ‘debauchery and decadence’ that was a result of the instant wealth generated by the business successes that the Industrial Revolution in Europe and England provided as it gained momentum during his lifetime.

Terfel will be performing with colleagues Renata Pokupi mezzo-soprano as Marguerite, Andrew Staples tenor as Faust and Shane Lowrencev bass as Brander working with the Melbourne Symphony Orchestra Chorus and Men of the Sydney Philharmonia Choirs. Throughout the year the MSO offers young composers mentoring programs and children from 8 – 13 years of age learning instruments special encouragement through workshops and other educational opportunities. Never too young to start…

Improvisation is an important element, emboldening prospective young musicians and conductors to retain their natural ability to move with the times and constantly challenge their own perceptions of life and musical interpretations.

While tradition is important, so is innovation throughout their careers they will need to endeavour to keep both in tension, and so need thought provoking challenges that will help them to build the skills to establish and work out their own values and philosophies of, and about life.

Pushing musical boundaries is an important aspect of the programs for young prospective conductors. In Australia musical opportunities are still limited because of the size of our population in comparison with other pivotal western countries.

With guidance and the opportunities provided by participating they will be sure to strengthen their skills and broaden their experiences, which will be helpful if they are seeking to have a career on the world-wide musical stage.

The MSO also has an important initiative to encourage young children and adults to attend their concerts all year around. Great to see their Jams for Juniors from Saturday 7th March to Saturday 3rd October has SOLD OUT.

The future of classical music in Melbourne is in good hands.

A woman of influence and my favourite movie star in my formative years was the impulsive red haired Katharine Hepburn – Kate, the prettiest Kate in Christendom