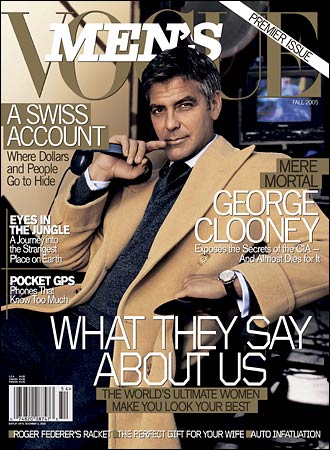 When Condé Nast folded its monthly men’s magazine covering fashion for guys, Men’s Vogue in 2008, many believed it was all over for men of style. Who else was going to provide the perfect platform for design, art, culture, sports and technology to flourish that both empowered and enabled men through knowledge, without sacrificing their feelings or making them feel like fools. The male version of the famous woman’s magazine featured plenty of profiles of men who dressed to impress, especially highlighting respected actor role models from Hollywood and abroad. Smoking hot, actor George Clooney was on the first cover. 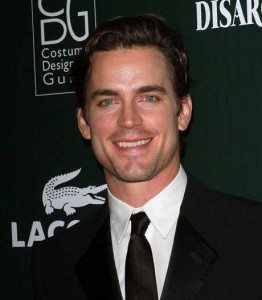 From the days of backstage action, and sometimes bad behaviour of the boys upstairs and down in TV’s ‘Downton Abbey‘, where middle class solicitor Matthew Crawley (Dan Stevens) refuses to compromise or change, to the suave well suited urbane advertising man Don Draper, surviving among other Madmen on Madison Avenue, or the White Collar con-man kid himself, the slim, stylish, ever clever Neal Caffrey (Matt Bomer pictured), men of style who are in vogue have always looked both sharp and sensational.

Historically male garb reflects the wearer’s power, his wealth, his youthful joie de vivre or joy of life, as well as his sporting prowess, smouldering sex appeal and, even his beauty. Over the years, fashionable male iconic images have reflected changes in society, culture,  economics, technology, politics and, morality. Styles have gone from being mature, serious and conservative to conceited, youthful and sexy in cyclical patterns. 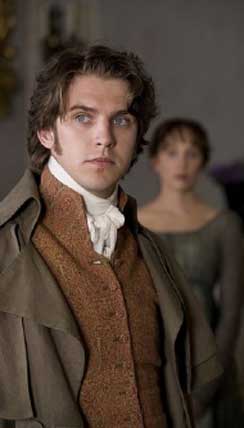 Men of style include Matthew Crawley, heir to the Earl of Grantham’s Estate in the TV series Downton Abbey, a period drama full of drama, intrigue and wonderful acting, is part of a tradition that has courted both women and history. The costumes men worn then, just as now, provide an expose on the plush private worlds in which a man may plot a path to power on the political scene or otherwise live quietly while sponsoring others and worthy causes. It explains the diversity and humanity attached to men of action, who worked hard for the common good and commerce. We can also gain an insight into the sometimes complex world of ‘boys and their toys’ so that we can praise their prowess, capture their visionary advice, or follow their successes in both love and life.

For men in a certain social sphere the late nineteenth and early twentieth century was about being ‘bespoke’ or tailor made. It was all about peerless cut and precision, not ‘peacockery’, produced by the tailors of Savile Row, at London. 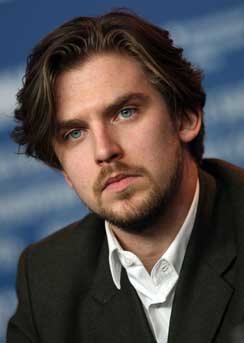 The term “bespoke” is understood to have originated on Savile Row when cloth for a suit was said to “be spoken for by an individual customer “.

The talented ‘bespoke’ tailors on Savile Row today are still sought after, and continue to survive changes in fashion, the expansion of well made ‘off the rack’ suits and, an assault on their competitiveness and competency, which will always be associated with taste, fashion, elegance, sophistication and timeless attitudes

British actor Dan Stevens plays Matthew Crawley in Downton Abbey, which is currently receiving lots of well deserved accolades. Stevens, one of the main characters, is no stranger to playing men of style or to looking dashing in period dramas and wearing bespoke suits.

In Downton Abbey his character refuses the help of a valet assigned to him, until he realizes it’s not just about him. The Earl points out to him that as the prospective head of a great estate he needs to understand the valet’s role, which for him is as important as is his own. 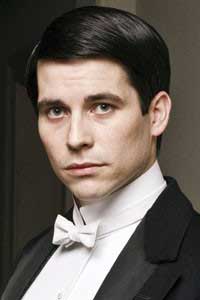 When he discovers he is putting the fellows livelihood on the line by sacrificing him on the altar of his pride thankfully he turns his previously priggish remarks into well earned praise. This change of attitude also changes his perspective on life and re-defines him as a man.

The costume he wears while dapper, neat and smart, is quietly confident and in line with the preferred quiet taste of an English lawyer and man of business attempting to take over the world by degrees. He wears lightweight linen suits with straw hats for summer, echoing the Earl of Grantham, played so competently by Actor Hugh Bonneville, a man of great elegance and style. Crawley wears wool suits and coats with bowler hats for business and the rest of the year.

For the boy who studied English Literature at Cambridge before bursting onto stage and screen Dan Stevens has become one of the 21st centuries everyday stylish, successful men, who inserts himself well into the Downton Abbey milieu upstairs while empathizing and sympathising with the boys from downstairs.

Despite being just a bit greedy and ambitious, while giving us a fabulous ‘I don’t give a damn’ look, Thomas the Footman, played suitably by actor Rob James-Collier, looks very dashing in his suit.

What everyone wore in a house, like that of an Earl like Grantham was important. It reflected to all the people who visited the Earl ‘at home’ his status, commonsense approach, honour, valour and integrity, all important attributes for a peer of the realm.

Whether upstairs or downstairs, men were looked up to as leaders not only of taste and style, but also of the society they kept and so they needed to make doubly sure that they got it right.

Securing your station in life certainly depended on just how able you proved yourself to be. Looking the part too was important, because it was about perceptions. 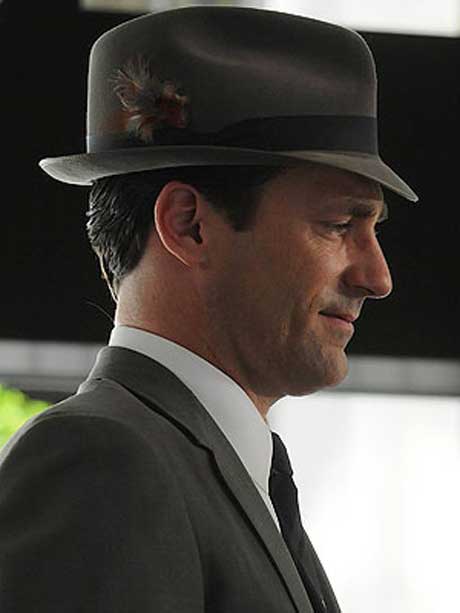 Don Draper, single handedly has put the E back into Esquire. He is one very urbane, suave, stylish dude. A sixties adman played superbly by American Actor Jon Hamm.

Instead of a pre-war period drama, this television series is about the new modern man, the one who inhabited the fashionable late fifties and sensational sixties in America, the decades the current generation seem to have gone ‘mad’ for. 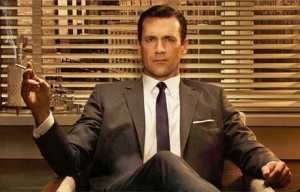 The setting is Madison Avenue, Manhattan, New York NY, where ‘Madmen’ of the all new and exciting advertising industry that grew up following World War II, gained a reputation for being Martini-sodden, Manhattan cocktail swilling, womanising, capitalist princes. They were sometimes ballsy, sometimes dark and always in charge. They made Madison Avenue into one of the most powerful, innovative and creative places in the world for decades.

The series of Madmen has gained nine Emmy’s, four Golden Globes and the GQ Men Of The Year award. Certainly one of the most handsome men in the room, Hamm has, through Don Draper, also put the S back into status, sophistication and style by not only wearing his tailored suits well, but also hats, one of the most powerful expressions for all men of perception at that time. My Dad sure never left home without one. 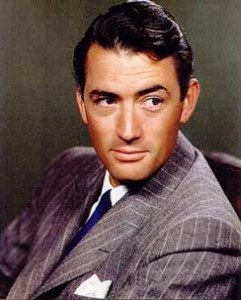 Jon Hamm aka Don Draper manages to bring a reflective sadness to his character that is palatable. While we know he certainly looks successful, we can see that deep inside despite his stylish suits, it is really his soul that is in jeopardy. Without the suit Hamm pretty much wears shorts more suited to a former football star and sports fan that he is. How Hamm manages to ensure that Draper, his ’60s adman is much more than a design element on the Mad Men’s cleverly curated creative set is not yet clear.

He’s to me like a young handsome Gregory Peck, the actor who actually played diverse and dashing roles back in the sixties wearing his pin striped suits well too.

During the Presidential campaign there was a picture in a New York Times Magazine depicting the interior of Barack Obama’s campaign jet, with in the background a DVD box set of season one of Madmen on a table. This was seen as a very cool cultural penetration by its producers – but the best was yet to come. President Barack Obama came out as a “Maddict” and totally surprised Matt Weiner, head Mad Men man, by sending a handwritten note to say how much he enjoyed the series. Certainly the act of a gentleman who is also at home in a suit. 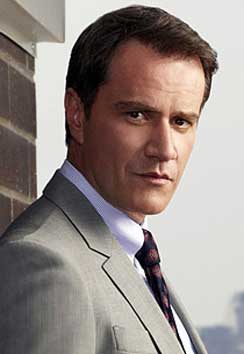 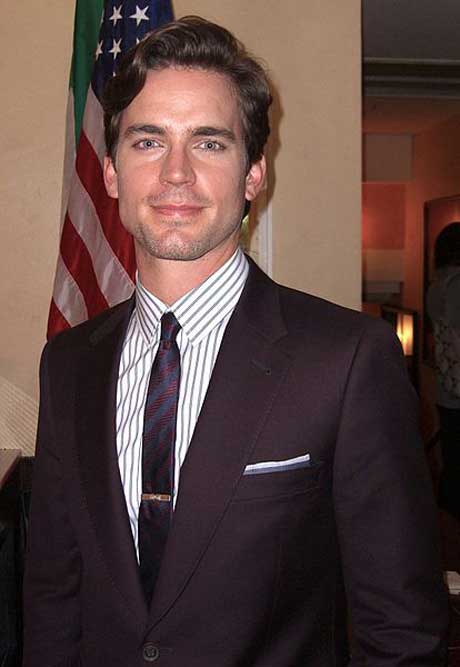 Hot on Draper’s heels is Neal Caffrey aka. the very handsome Matt Bomer. His character Caffrey is one likeable rogue, oozing confidence, a cool contemporary con man working for the FBI, alongside one of its best agents, Peter Burke played by Tim DeKay, nick named The Suit by Caffrey’s best friend, confidante and conspiracy theorist freak, the loveable Mozzie (Willie Garson).

Caffrey is a creative expert in art, a forger of fine art, securities thief, counterfeiter and racketeer, who not only extricates himself from difficult situations, but also helps the FBI catch other ‘White Collar’ criminals.

He is very dapper and certainly has put the C in conman back into confidence by wearing suits with a slim silhouette that suit his svelte shape so very well. He proves the statement ‘Clothes make the man. Naked people have little or no influence on society’ by American humourist, novelist, author and wit Mark Twain (1835 – 1910).

Caffrey in contemporary culture is so far, the naughty cheeky boy who manages to get away with being a crook stylishly and celebrates the tradition of men in Vogue. In fact he’s become so highly regarded as reflecting and being a role model for stylish elegance in February 2011 he was invited to be a presenter at the 13th Annual Costume Designers Guild Awards in America. 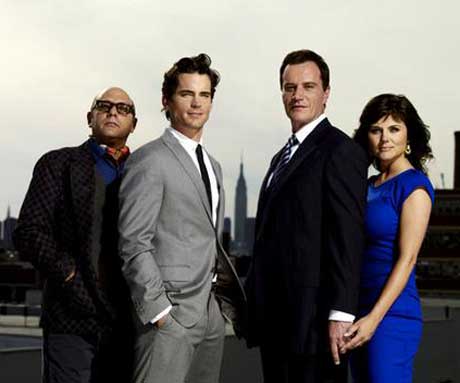 With its contemporary themes and stories, that include treasure hunts and races to find an inheritance and to save the life of a kidnapped heiress, White Collar is a cat and mouse game played out by Caffrey by working with and sometimes against, his new best friend, mentor and nemesis, Agent Peter Burke. He is aided by Mozzie, his foster home raised flaw ridden friend, while Burke is ably helped by his lovely event planner wife Elizabeth (Tiffani Thiesssen), who can’t help but admire Neal’s witty demeanour and refined elegance. She’s my kind of girl, she tends to always look on the bright side of life and unwillingly and unwittingly gets herself into scrapes on behalf of them both.

Neal Caffrey’s rise to fame and fortune is really only down to one woman June, an elderly widow 75 years of age who Neal meets in a thrift store while he’s looking for clothes and trying on old hats. June is played deliciously by former singing star and sensation of the sixties herself, Diahann Carroll. Caffrey the artist makes the designer clothes, that once belonged to June’s husband and came along with the flat, his own. Some would say art may well help Neal make and suit his clothes: but it is nature that must first produce the man. In White Collar Caffrey is turning out to be a quite a man for all seasons. As my daughter in law has said, “wow, all these men, in their suits and hats – well they are all definitely my sort of eye candy, and on a grand scale”.

The courtly love song sung by a languishing lover to his lovely lady proclaimed that although their love was a secret, because convention required it to be, he was content to let her know she was the sole mistress of his heart.