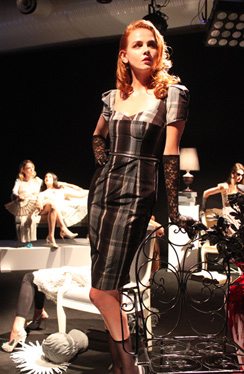 Yes folks it was that time of year again at Sydney – April 30th to May 4th, Fashion Week!

It’s a fabulous fun week dedicated to fantastic frocks, clever couture and devilish design, with a few egos in the mix!

I would like to thank my gorgeous and very talented girlfriends, photographers Jennifer Estrada and Jessie Obialor for entertaining me no end through the week, and taking some very beautiful images. You girls ROCK!!xx

Photographers, editors, bloggers and just plain posers were out in full force. If you didn’t know better, you might have thought a space ship landed at the overseas passenger terminal at Sydney’s Circular Quay. Anything goes, the more outrageous the better and I’m just talking about the audience!! 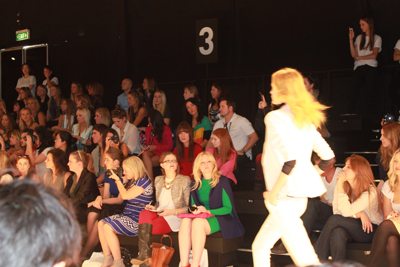 Staged in three different venues each show was unique in itself. Toi et Moi (you and me in French), was a beautifully styled show, winning hearts from the get go. The designer, a heavily pregnant Gill Lawrence, set the scene with a gorgeous little poppet (I think her daughter) entrancing us with song.

Accompanied by an acoustic guitar, she softened even the most hard fashionista. A punchy sound track reminiscent of” So Frenchy, So Chic” kicked this show off with a young, flirty vibe. I especially liked her paisley prints and sequins. Johanna Johnson was the show most people were waiting for and was loaded with celebrities. Last year she rose to international fame by dressing “Mad Men” star Christina Hendricks.

The voluptuous red head looked amazing in body skimming silk, covered in hand beading. True Hollywood glamour and so was the show. Even a few technical hiccups didn’t rain on this parade. 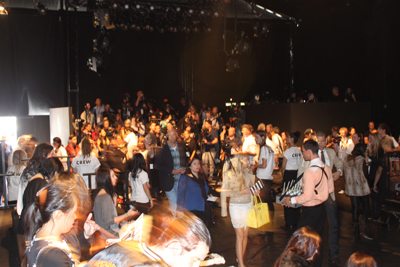 My favourite was a 50’s feel knee length black leather dress with a full skirt, very wearable in any situation. A classic really.

Jayson Brunsdon staged his show in “The Box”. A unique venue where the models posed mannequin like, and the audience moved through. Very voyeuristic and moody, set to a Lana Del Ray soundtrack. I love Jaysons clothes, and he didn’t disappoint .

“The Lady Is A Tramp” s/s2012 collection had an injection of retro glam and stitched up sex appeal. The air was heavy with sensuality and romance, hair and make up perfect! 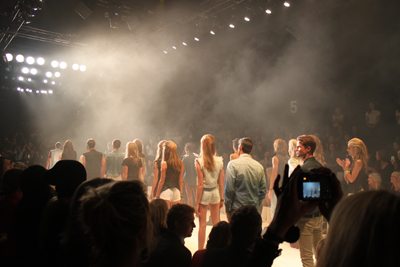 Roopa Pemmaraju chose “The Theatre”  for their spring/summer 2012/13 collection. This personally was my favourite venue, and a show that ticked all the boxes. An intimate space was perfect for these talented Melbourne designers. The lighting, styling and music were in harmony with simple silhouettes. Luxurious fabrics such as silk, textured crepe and flowing chiffon were complimented with stunning prints and colours. Extremely wearable, I think  they are ones to watch. 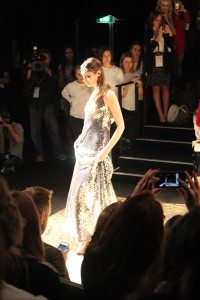 he Innovators was a showcase of six (6) budding designers. Staged in “The Tent” which is the largest of all venues, this show had a great buzz that comes from the excitement of the new. Just think, one of these students could be our next Akira or Collette Dinnigan!

In fact, Kaylene Milner, one of the students has been offered an internship with Dianne Von Furstenberg in New York as part of an exchange program, what a way to start. She used beautiful smocking, leather and knitting to create texture and depth.

I also really liked Carlie Waterman. She described her collection as “technical meets textural”. Laser cutting and tailoring was shown off with more than a hint of an architectural edge.

Last show of the week for me was “Nana Judy” designed by Glenn Coleman. Originally a menswear label, he also showed his soon to be released womens wear line “Heart by Nana Judy”. Music was supplied by a live band “Amy Meredith”, creating a fantastic vibe in the room.  Predominately denim, he also included some great edgy t-shirts in this streetwise collection. Young and casual was the theme of the night.

As the week drew to a close, it was time for fashionistas to put away those 12cm heels and individual( sometimes wacky) looks! I heard a homeless man was ushered to a front row seat at a top designers runway show. It was thought he was an international fashion blogger!

I think that sums fashion up, one man’s flash is another man’s trash! It’s fickle but I love it!

NB: All images photographed by Jo Bayley. View them all in our Image Gallery 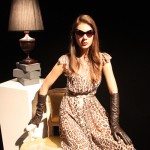 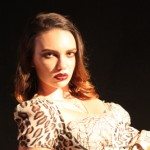 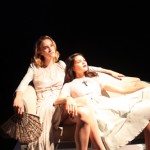 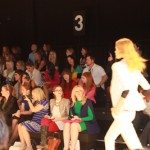 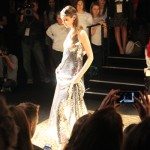 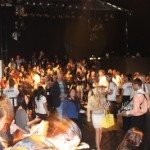 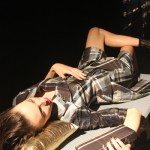 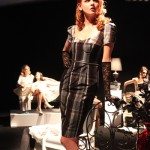 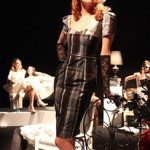 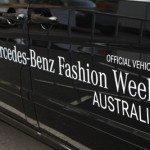 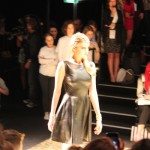 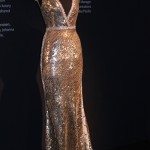 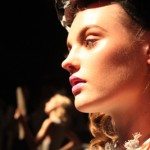 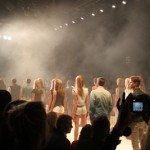 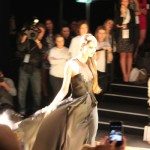 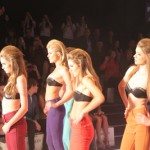