One of the most important surviving portraits we have of the first century Roman Emperor Augustus is currently on display in The British Museum at London.

The bronze Meroë Head of Augustus, which was excavated by Professor John Garstang (1876-1956) in the Sudan in 1910, had been buried in 25/24 BC beneath the steps of a shrine in the ancient Kushite capital of Meroë.’

It was between 1909 and 1914 that Professor Garstang directed much attention to the northern Sudan when excavating ancient Meroë and the nearby temple of the sun.

He analyzed his work in a publication Meroë: The City of the Ethiopians (1911). This portrait head, inspired by Ancient Greek models, appears to have been severed in a ‘ritual beheading in antiquity’ from its body.

Augustus defeated Mark Antony and Cleopatra at the battle of Actium in 31 BC and took possession of Egypt, which became a Roman province. The writer Strabo revealed that statues of Augustus were erected in Egyptian towns as images of authority.

The portrait as a record of an individual’s personal appearance is one of the most successful and enduring genres of ancient Roman art.

A statesman of consummate skill, Augustus legislated to mould the fabric of Roman society. His head is turning to the right, his hair falling onto his brow in the style preferred by Augustus, who regarded himself as the ‘first among equals’. For Romans the portrait also had a sociological role as a proof of aristocracy and as evidence the deceased were of senatorial rank. Bronze head from a statue of the Roman emperor Augustus. Found in Meroë, Sudan, made in 27–25 BC Museum number 1911,0901.1 courtesy British Museum

During the reign of Augustus Greek sculptors rendered their aristocratic patrons with an elegance and cool distinction, and this aspect characterizes much Augustan sculpture.

Being buried as it was at the entrance to a temple was an insult that was continual for centuries, with people walking across his face in a mark of disrespect. Hopefully the majority of us have moved on; having regard and respect for each other’s stories, a Xmas message for a new age.

The raid when the statue was captured happened soon after Augustus conquered Egypt, when an army from the ancient African kingdom of Kush was destroying and looting in destructive raids across the border.

Today a modern day equivalent would be the Iraqi government installing a mosaic of an image of the American President at the entrance of the premier hotel in Baghdad, forcing western politicians and businessmen to walk over it, which they did with an image of President Bush.

The Americans in return destroyed statues of Saddam Hussein as soon as they captured the city because the connections between art and politics remain and their ideals and philosophies are reflected in such powerful objects. In reflection it would be hoped that is a decision in the 21st century they may reflect on.

Removing them until it was time for them to go back on display as a reminder that peoples around the world need to show empathy for each other as well as respect and regard for each other’s stories, far more important. The Meroüe Head of Augustus has mesmerizing inlaid eyes and is a rare survival. The eyes are made of green and black Roman glass, with each being encircled by a copper wiring, set into the wedge-shaped, highly polished limestone.

A reddish paste indicates tears and the eyelashes, most of which have been denuded now, were originally formed from finely drawn copper or bronze, helping to form its much-celebrated ‘arresting gaze’. 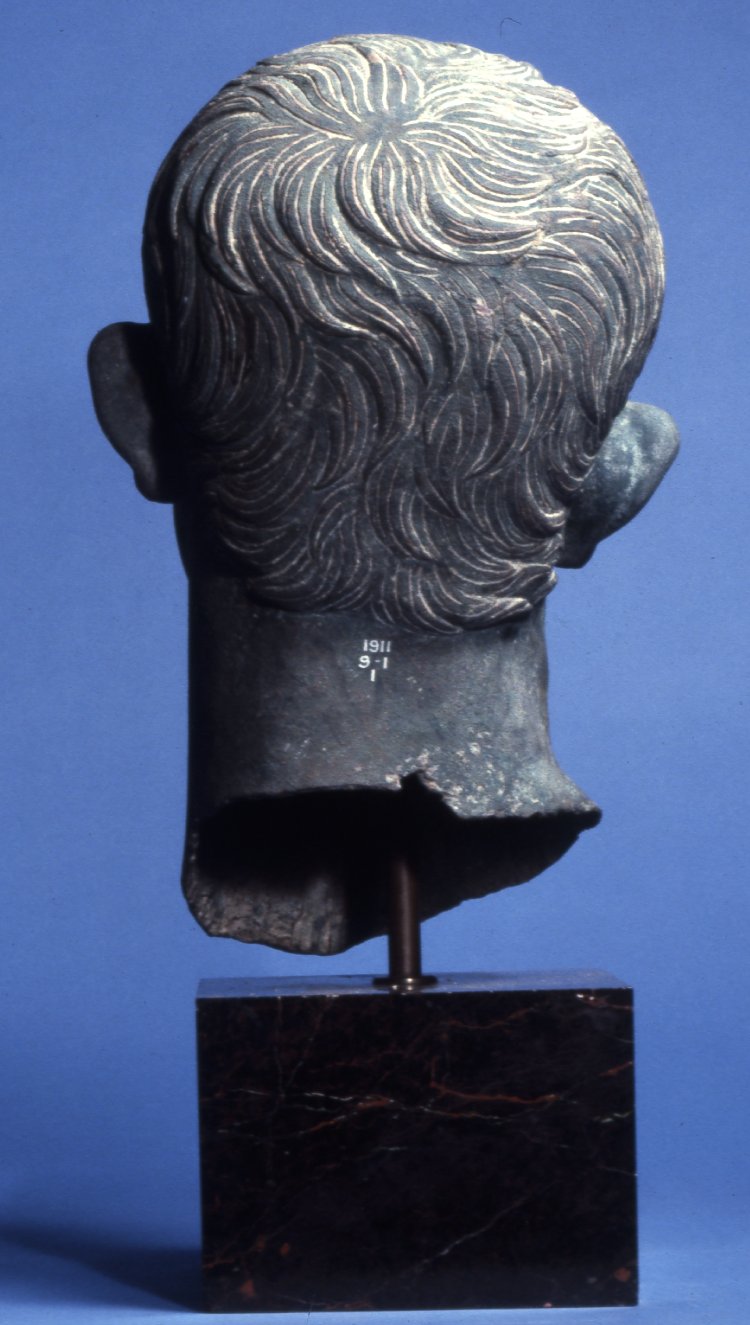 This prized trophy head alone successfully communicates, as did all the images of Julius Caesar’s nominated heir Gaius Julius Caesar Octavianus (63BC-14AD) his premier status as the leading citizen of Rome.

Augustus was a title given to Octavianus by the senate, which means sacred – venerable a title from the Roman religious vocabulary that symbolized his exceptional role as imperator, or emperor.

The right of Augustus to rule Rome 27 BC – AD 14 was communicated through all of his amazing portrait sculptures. They were straight out marketing devices reinforcing that he was clearly the man in charge.

Rome had two populations of equal size, one alive, and one of marble and Roman temples were not only places of worship, but also museums to display imagery and “cabinets” of precious objects.

The use of marble in buildings like temples, led to evolving designs different from those of a previous age.

While Greek architecture had striven for physical perfection in its form, evidenced by the Parthenon at Athens, Roman architecture, on the other hand, was distinguished by its unmistakable relationship to the space it occupied.

By raising public buildings onto a podium, as if it was a natural acropolis, Roman architects defined the authority of their direction and provided a perception of influence and grandeur to buildings located in precincts of power and glory.

During the reign of Augustus (31BCE – 14ACE) Rome emerged as an economically successful city with a population approaching one million. He was the man who brought to fruition Caesar’s vision for re-establishing Rome’s traditional values. 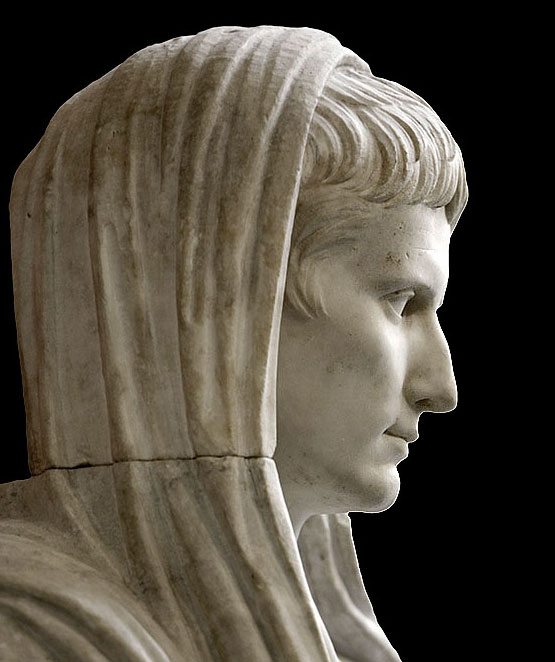 As its priest the Emperor Augustus was also ‘defender of the faith’.

Under Augustus the concept of an eternal Rome emerged revealing its link to the legendary past and its promise of a new era.

To become a free citizen of Rome was considered a great honour.

Whoever you were if you were born within the boundaries of the Roman Empire you had the right to hold the highest office in the State.

Augustus during his reign brought about with considerable skill the difficult transition from the republic to Empire transforming Rome into an imperial capital by providing the Roman world with exceptional administration and services.

He placed side by side two concepts reflected in the design of Roman architecture. The first was auctoritas an inner weight, authentic and exemplary, the second potestas, the powerful and authoritative.

The display of this extraordinary head has been made possible by the generous sponsorship of The Asahi Shimbun Company, long standing supporters of The British Museum.

Director Tony Ellwood, positioning the NGV at Melbourne in Australia firmly on the world stage as a leading hub for contemporary art, design and architecture