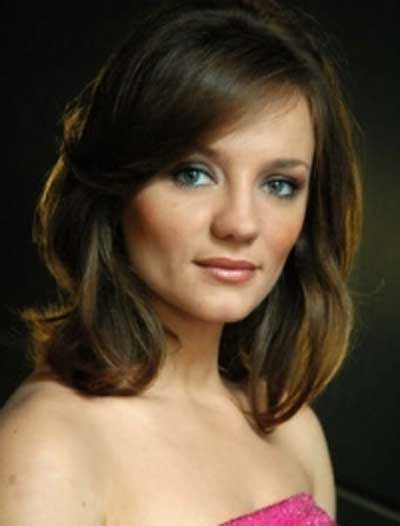 Brisbane based soprano Milica Ilic is a Principal Artist for Opera Australia and in 2012 has appeared as Queen of the Night in the Magic Flute and will later in the year cover the title role in Opera Australia’s new production of Lucia di Lamermoor. She is also completing a series of soprano solos in classic concerts, including the Queensland Symphony Orchestra (QSO) and has become a major recording artist with ABC Classics. Over the past decade Milica has invested both her energy and her capital into her career. She is a young woman who has the courage of her convictions, living her life by following her heart and inner voice to become what she wants to be, an opera singer. She has added to her growing list of awards and prizes by traveling to Europe and spending months in Milan and other opera centres in Europe earlier this year extending both her range and repertoire while gathering and enhancing her experiences, broadening her perspective and helping to contribute to maintaining high standards of excellence in the world of music, especially opera. 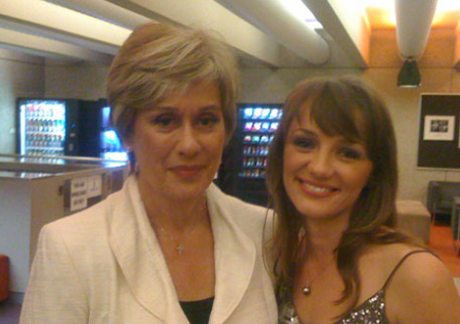 Now represented by the very astute Patrick Togher and his Artists’ Management at Sydney, Serbian born Milica Ilic migrated to New Zealand in 1996 where she began singing lessons with Professor David Griffiths. As a member of the Young Friends of Opera New Zealand, she performed as a soloist and in the chorus. It was when she was appearing on the New Zealand television series ‘Dreams Come True’ that Milica met legendary opera singer Dame Kiri Te Kanawa. She subsequently attended a weekend workshop hosted by the renowned soprano who has inspired her journey.

With her family Milica came to Australia where three-times she was a semi-finalist at the Australian Singing Competition (2002, 2003 and 2005). Milica studied German at the Goethe-Institut in Berlin (2005) and voice with Leandra Overmann (Professor of Singing at the Academy of Music in Würzburg in Germany). Completing a Bachelor of Music Degree at the Queensland Conservatorium Griffith University in 2008 she also won the Australian National Eisteddfod, the Dame Joan Sutherland Vocal Competition (at the youngest recorded age of 19), the Elwyn Barber Memorial Encouragement Trophy, as well as being two time winner of both the Margaret Nixon Vocal Competition and the South East Queensland Aria and Concerto Competition (2006 and 2008). 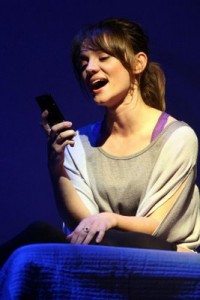 In 2009 Milica created the role of Emma in the youth opera Dirty Apple. She appeared in La Traviata – for Opera Queensland and sang the role of Barbarina in Le nozze di Figaro at the Macau International Music Festival. In 2010, Milica continued her affiliation with Opera Queensland as a Young Artist performing in their touring production of The Merry Widow.

In 2011 she performed in the Opera Gala for the Queensland Symphony Orchestra (QSO) and she will have many more performances as a soloist with the QSO, exploring ‘pinnacles of passion’. She emerged as a charismatic soloist to watch. Her performances attracted much acclaim because she truly lives the music.

She became a developing Artist in 2009 at Opera Queensland performing the roles of Papagena in Die Zauberflöte, Cupid in Semele and Nannetta in Falstaff.

I first met Milica Ilic in 2005 aged just 21. A creative colleague Greg Thompson and I were producing FREE lunchtime concerts in the foyers of Australian legendary architect Harry Seidler’s Riverside and Riparian Plaza buildings at Brisbane. We were showcasing the superb acoustics of each foyer by having the brilliant pianist Christian Gante accompany some truly superb voices on the wonderful Steinway Grand Piano distributed by Theme and Variations. 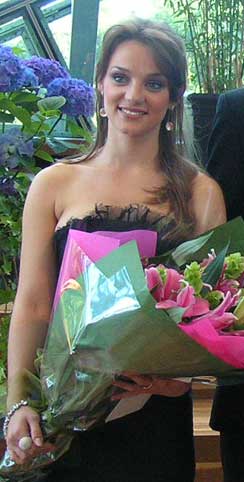 I will never forget the sight of Milica stepping ever so daintily and elegantly out of a taxi for her gig wearing a dress of beautiful black lace, a tiny slip of a girl. Her size and stature completely belied the beautiful big voice that emerged. When it was finally released into the foyer she reduced the rapidly gathering audience to tears with her innate sensitivity of the repertoire she was performing.

Sent to me by renowned and very astute Head of Opera at the Queensland Conservatorium, Greg Massingham, Milica projected a grasp of professionalism way beyond her years and won everyone’s admiration and respect. The result was an outstanding success for all concerned. The thousands of people who worked in the buildings loved those lunchtime concerts, which were held over a two week period.

Over the years since we have firmed a wonderful bond of friendship. I have enjoyed watching her progress and admired her determination and willingness to work very hard to achieve her aim of being the very best that she can. 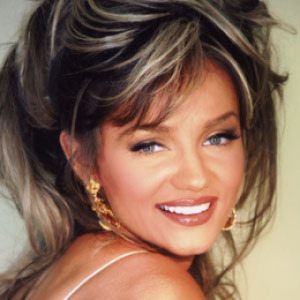 As a producer of community events for Brisbane City Council I was very pleased to have an opportunity to invite her to be guest artist at the Festive Music that Resonates Concert in St John’s Cathedral Brisbane on November 27 2009 as part of the Brisbane 150th Anniversary celebrations. It was the final event for me before I left Brisbane and so it meant a great deal to me that she was taking part.

She produced a superb result and her solo, Rejoice Greatly from German composer George Frideric Handel’s masterwork The Messiah, had the audience shouting for more. She also demonstrated her complete willingness to face all challenges by learning, in less than a week, the mezzo soprano part to perform the beautiful Flower Duet from the opera Lakme with the seasoned coloratura Liza Beamish. They both brought the house down. Two days later in Adelaide she won the MBS National Young Performer’s Award singing three operatic arias, “Ch’i bel sogno” (Puccini La Rondine) , “Bel raggio lusinghier” (Rossini Semiramide) and “Dis-moi que je suis” (MassenetThai?s).

Milica Ilic is a young lady with a brilliant career in opera before her.  Being part of that journey will be a privilege for those who will travel with her. She is a sincere young lady with a beautiful voice that has great depth and range. She has both the passion and commitment for her art and craft, the mental strength, persistence and talent required to succeed and a great deal of sensitivity and style.

She is for all the opera companies of the world, the whole package.

Shows by the Royal Collection Trust are to coin a Georgian phrase a great gaze and in 2014 go from costume to comic art, poets, photographs & people to painting