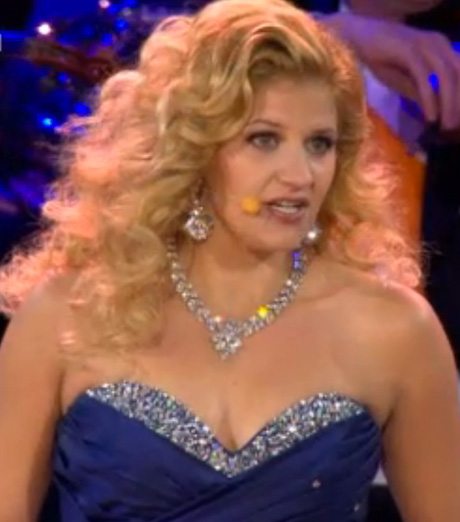 With the television show ‘The Voice‘ currently the rage at the moment in Australia, it’s good to reflect on the fact that when it was ‘Time to Say Goodbye’ to Queen Beatrix of the Netherlands, as she abdicated the throne so that her eldest son Willem-Alexander could become its first Dutch male monarch in more than a century, it was Australia’s songbird soprano, the ‘Angel of Australia’ and superb voice of the lovely Mirusia that renowned Dutch violinist, conductor, and composer André Rieu chose to convey a message of love to the Royal family at Amsterdam.

The show was held on Tuesday 30 April 2013 in The Museum Square in Amsterdam, for the inauguration celebration of Prince Willem Alexander and Princess Màxima as the new King and Queen of the Netherlands.

It was a powerful and emotional performance, full of pomp and circumstance held according to tradition on what was the former Queen’s 75th birthday. A young woman of great style, Mirusia handled her part in this historic social and cultural event beautifully. She gave her all with just the right touch, as images of the Queen throughout her life flashed by on a giant screen as she sang.

Mirusia Louwerse is of Dutch descent, born in Australia at Brisbane where she graduated from the Queensland Conservatorium of Music (2006). She was the youngest ever winner of the Dame Joan Sutherland Award.

A lyric soprano, we first met in 2006 when I was planning and producing a series of concerts in Brisbane, supported by Brisbane City Council. We wanted to showcase her lovely voice to thousands of people. During that time she had a call from André Rieu in Amsterdam asking her to meet him in Paris to discuss performing with his orchestra.

Her excitement was indeed contagious and all her friends gathered around her to wish her well and cross their fingers for her that it would really happen. And it did. Off she flew to Europe early in 2007 to initially take on the part of a singing angel, which she is, and the rest is history so they say.

On her first trip home with André Rieu in 2008 I will never forget, another graduate friend of hers from the Queensland Conservatorium of Music at the time soprano Milica Ilic (now with Australian Opera) and I endeavoured to answer her call, asking us to meet her in the Queen Street Mall. Naively we arrived, just as some 5000+ other people did, and we couldn’t even get close, such was the security cordon.

Just like all the rest, we quietly stood and listened to her great rendition, accompanied by Andre Rieu on Violin, of the Aussie classic Waltzing Matilda.

We would not get to catch up with her again for five years as she performed in many countries all over the world, including The Netherlands, England, Ireland, Germany, Austria, Switzerland, Denmark, South Africa, Australia, New Zealand, The United States of America, Canada, Mexico, Japan, France and Belgium. Mirusia released her first album in 2010 and it shot straight to No 1 on the Australian Aria Classical charts, as well as making the top 20 on the ‘pop’ charts. In 2012 Mirusia won the ARIA #1 Chart Award for Always & Forever and was the only classical artist to receive such an award. She toured with André Rieu extensively for next five years, coming back to Australia in 2012 to enjoy some rest, recreation and to establish a base for herself so that she could organise her life for the future. Fiercely independent as Aussie girls tend to be today, she has also established her own studio here and is busily managing her own career.

Like many others born in Australia of European or English descent being ‘called home’ helps us to understand our significant heritage. Mirusia‘s journey since leaving our shores has been both an enriching time and a wonderful learning experience. 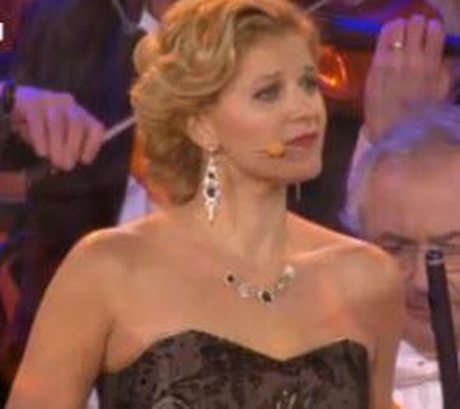 Mirusia believes that music is essential to the human spirit, the creation of a strong sense of place and an important aspect of community life.

She knows that children, who are involved with music from an early age, grow up to be better human beings and so is a fine advocate and ambassador for the Australian Children’s Music Foundation,

So what does the future hold for our Aussie songbird who to my mind anyway, is still one of Australia’s greatest and best-kept secrets here at home?

One thing is for sure, whoever encounters her on their life’s journey, will feel as I did and still do, always emboldened and entirely enriched by the experience.

Go well and sing well lovely Mirusia – am I possibly your oldest fan?