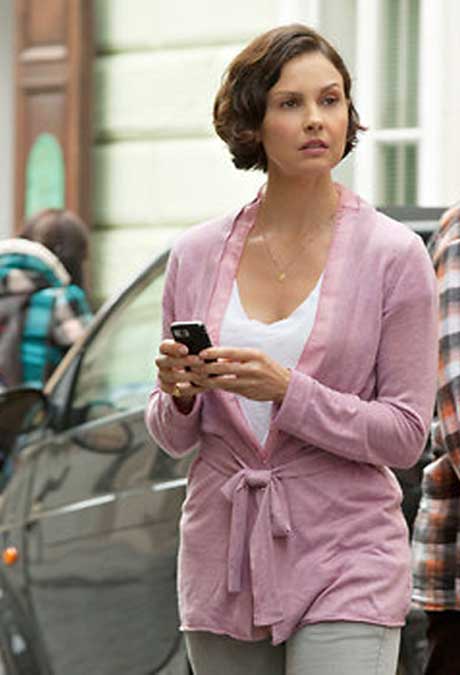 Basically, many people fantasize about discovering that the ordinary family living next door, are in fact spies. Hence the success of movies like Mr & Mrs Smith with Brad Pitt and Angelina Jolie. Hot on the success of ‘Revenge’, the show that reveals just how far people will go to gain vengeance, is Missing a new ten part drama television series starring Ashley Judd as Becca Winstone, who is on a quest to find her only son. Has he been kidnapped? If so, Why?

Well at first, we are in the dark, as much as she is, and are destined to follow her passionate pursuit.

On the surface Becca is just a suburban mother, who attends PTA meetings and, along with her best friend Mary (Aunjanue Ellis) owns a flower shop. They have gone through a lot together, Mary helping Becca recover from the devastating death of her husband Paul (Sean Bean). He was blown up in a random car bomb, while on a visit to Vienna nearly a decade ago with their nine year old son. They were talking on the phone when he turns on the car. The child is saved because his father had sent him back into the hotel to retrieve his soccer ball, which has been left behind. 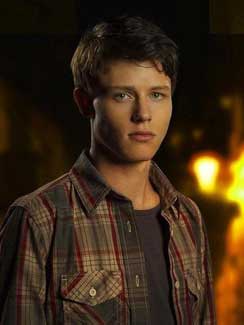 As the series opens it has been a decade since that terrible event and Becca and her eighteen year old son Michael (Nick Eversman) are jogging together in the park. He breaks the news to her that he is off to Rome to study architecture, and we can all empathize with her instant reaction.

But hey, a mother has to let her son leave the nest sometime, and Becca, well she’s a wise woman. All’s well for the first few weeks and he contacts her often keeping her up to date with events.  Then, after not hearing from him for over a week she endeavours to find him. The trail eventually leads to finding out that he has been ‘taken’. That’s when the real Becca Winstone, ex CIA agent, stands up to be counted.

We’re not expected to take it all seriously. It is a treat for the eyes and each episode is an action packed roller coaster ride that makes an hour quickly wizz by. The producers, cast and director all know what they are on about, Missing is pure escapism and stylish entertainment.

Some will be amused, and others aroused perhaps, by an all-American Mum in her sports day outfit, pink cardigan, sensible white Tee and khaki slacks, as she goes about eliminating all those who get in the way. She is a middle-aged action figure, who takes down any number of unknown kidnappers while taking on every intelligence agency in Europe as well as her former C.I.A. handlers. She delivers very high kicks in wedge sandals, not quite as sophisticated as Jolie in stiletto’s, but clearly just as effective. This is not a lady to be trifled or messed with. Pity help anyone who gets in her way as she blazes a new trail across Europe as she tries to find out answers and rescue her son. Enter former friend and dishy lover Giancarlo Ross (Adriano Giannini), who is with Interpol. He’s the Italian man trying to live down their generalized feckless reputation for loving and leaving. But he is not like that, he’s so much more, sincere, solid and dependable. He decides to aid her on her quest. Without his help she would surely be stymied at ever turn. Especially when European CIA deputy chief Dax Miller (Cliff Curtis) becomes involved. He marshals his team of young agents to find out everything about Becca and why she has caused chaos at Rome. Filmed in lavish locations, it is not enough to say that the places chosen are some of the most beautiful to look at, and aesthetically pleasing places on earth.

Seducing the eye with every detail of the superb European locations, we can only marvel at the exteriors, the interiors, the clothes and the seaside locale’s.

The streets of Rome, Vienna, Paris, Prague, Istanbul and Dubrovnik, as well as various locations in the former Czech republic, are all a great backdrop for Ashley Judd kicking ass, and we are rewarded many times over as answers to the mystery unravel.

It’s not hard to imagine the picturesque seaside town of Ravello on the Amalfi Coast in Italy where episode 3 is supposedly set will be even further inundated with tourists from now on. This popular place was founded in the 5th century as a shelter against barbarian invasions. And here they are happening all over again. Or did they? 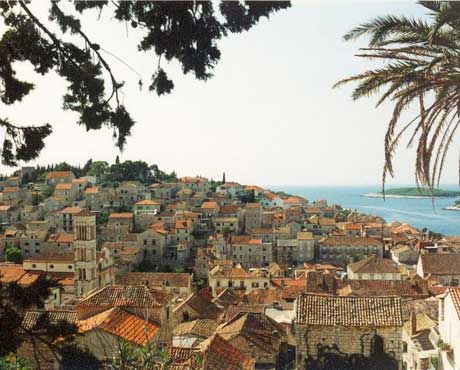 Well as the spies would have it, Hvar city on Hvar Island in the Adriatic off the coast of Dalmatia was actually used as a ‘double’ for Ravello in the show. Founded as an ancient Greek colony, the island has typical Mediterranean vegetation, beautiful beaches, a glorious climate for lavender cultivation and, a picturesque town to boot. 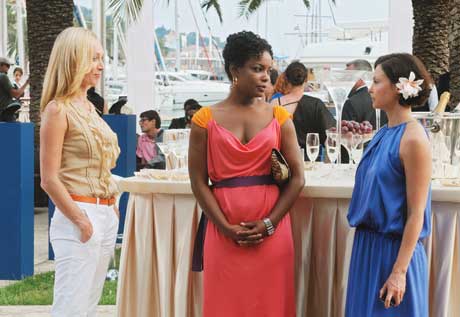 This is where and when Becca’s friend Mary arrives from America trying to find out what  has happened to her. They both meet up with a blonde who’s involved in a smuggling racket. Aren’t any of these ‘ladies’, like the locations, what they seem?

Apparently people in places selected for location shoots enjoyed an opportunity to be background extras in this classy ABC American thriller production.

Creator Gregory Poirier (National Treasure: Book of Secrets) has promised that the final episode of the series will resolve the season and set up a new challenge for a possible Season Two — should it get picked up. Poirier said he hates series that promise to solve a mystery then make you wait. So do I, and there is much fun to be had in the week’s ahead on Missing, which has been picked up by Channel 7 in Australia, starting on Tuesday May 1, 2012.

Master and Pupil, a concert featuring young Australian actor James Fraser with principals of The Marais Project, on May 29, 2016 Independent Theatre, Nth Sydney