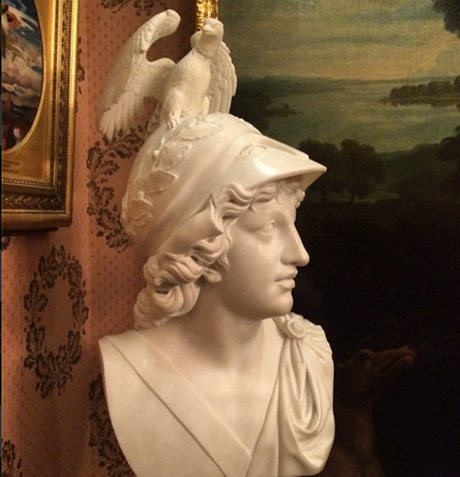 Martyn Cook Antiques of Sydney and Mossgreen of Melbourne has announced they will be holding an Appraisal Day for people to have their treasures assessed at Martyn Cook’s gallery, 98 Barcom Avenue, Rushcutters Bay on Monday 11th and 12th August, 2014.

Martyn Cook’s professionalism and considered expertise is highly sought after both nationally and internationally.

Both members of the Australian Antique and Art Dealers Association, the premier organisation for member dealers, this event follows an earlier announcement by Mossgreen in June 2014 that they are now in a ‘business alliance with Martyn Cook Antiques, their Sydney representative’.

Going forward the two companies together will jointly present auction previews and gallery exhibitions in an ongoing program.

On the Appraisal Day Mossgreen’s renowned consultants in various fields will assess antiques and fine art, as well as jewellery for those seeking to understand their potential. Martyn Cook Antiques announced they were also pleased that in the top ten results achieved at Mossgreen’s Important Australian & International Art show held in June 2014, that they came in at number one with Arthur Streeton’s painting “Ariadne 1895”.

Martyn Cook has, over three decades, evolved into perhaps the foremost dealer in Australia, working and advising within the world of antiques and art.

He completely understands the desire to not only collect items of excellence in quality and craftsmanship, but also those that hold special significance in the evolution of art, design and style.

Sumner merged with Leski Auctions in 2013, acquiring the former Armadale Picture Theatre in Melbourne where Mossgreen has become one of Australia’s leading galleries and auction houses.

The company ensures the combined expertise they offer is readily accessible to former and prospective clients on appraisal days. They advise that collections often fetch higher prices when kept together.

This owner sale recently achieved $842,580 against a low estimate of $412,790, a pleasing result for the executors of their estate. 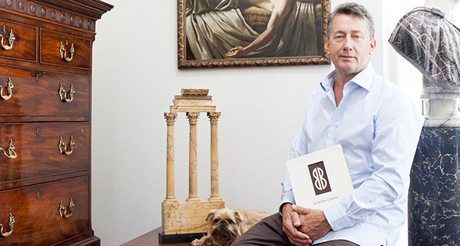 Specialists in the art and antiques world have a great deal to know and understand, which does take time and experience in the field to acquire.

Of all specialists in Australia today it would be fair to say Martyn Cook is at the top of many lists. For Mossgreen Martyn Cook and his extensive knowledge and wealth of experience in the trade is a wonderful asset, and together they will offer a service perhaps second to none. Recently Martyn Cook expanded his Sydney showcase to include an all-new gallery upstairs, filling its impressive airy and light warehouse style space. From the northern to the southern hemisphere and from east to west, Martyn Cook Antiques sources pieces with that ‘je ne sais quoi‘, both distinctive and attractive.

As always, the focus is on ensuring clients can choose from a select range of antiques and art, confident in the knowledge they are of a very high standard of excellence.

Must admit I was in seventh heaven roaming around the newly expanded selection when in Sydney recently, which would amount to fulfilling any an interior designer’s dream of choices for clients to aspire to.

The charm, the sophistication, the colourful stories attached to many of the pieces on offer will provide client’s with an interior full of interest and excitement for many years to come. Many of the pieces are entirely unique; chosen for their ability to captivate and charm, as well as for their intrinsic value, monetary value and fashionable pleasure.

We would have to say it is a look at me look at me statement piece, as it reflects gloriously in a stylish simple gilded mirror.

An appreciation, the sensitive recognition of good qualities in design and art is only gained through learning the theory and practicing, which constantly challenges accepted theories.

Martyn Cook’s renowned guidance was certainly sought after by Adelaide based David Roche (1930-2013) and they enjoyed many international and exciting forays in style together. Roche was acknowledged during his lifetime both in Australia and abroad, as a devoted collector of both antiques and historical art.

Appointed inaugural curator by the David Roche Foundation to the collection, Martyn Cook currently divides his time weekly between the gallery project he is developing and advising on in North Adelaide and his Sydney gallery.

His love of style and refined sophisticated taste, as well as his wise curatorial guidance, will safeguard the superbly imagined new additions to David Roche’s extensive property and house museum that he left as a legacy to the nation.

There is no doubt it will be as he would have wished, showcasing a standard of excellence.

This considered alliance with Mossgreen should prove to be of immeasurable value to all those current and prospective collectors and clients of both organizations, as well as all those in the fine art and antiques world in Australia working hard to expand knowledge and keep pace with social, cultural and commercial development.

As I walk along the shore, with it’s waters as clear and as warm as a tepid bath, I’m delighted to discover schools of fish darting over languidly lazy starfish, unperturbed by the commotion above. This is our first morning on the island of Sabayur. The words tropical paradise are just…