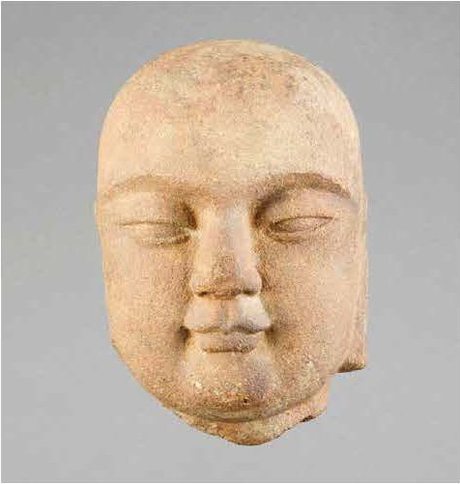 Mossgreen in their new location at Armadale, Melbourne is offering for auction on the 19th November two big sales, one containing a fine selection of Chinese and Asian arts, the other Australian and European art and antiques. Our community and economy receives a considerable boost from this activity, as cultural diversity in society is embraced and celebrated. Chinese ceramics captivated the west from the Yuan dynasty (c1260-1368) onward when expanded knowledge of Cathay filtered through to the west. This Chinese stone head of a Lohan or spiritual practitioner has a serene expression, attributed to a craftsman working during the Song Dynasty, 12th-13th century 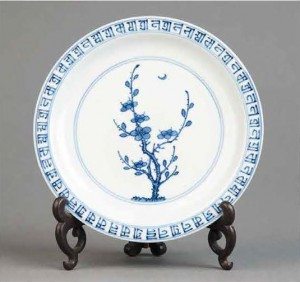 The first stirring of the China Trade with the west began when Europe was still emerging from medievalism. Blue and White wares associated with the Ming dynasty (1368-1644) were collected by European Kings, Queens, Princes and potentates for centuries. An unusual Chinese blue and white small plate, Kangxi 1662- 1722 has been finely painted with a single prunus beneath a crescent moon.

Great technological advances achieved during the Chinese Ming period allowed splendid decorated and coloured wares such as this rich yellow glazed saucer dish made 1522 – 1566 to emerge. Yellow glazes in various nuances continued until the nineteenth century. Today Asian Art is being collected, appreciated and also valued by the Asian market, which are also purchasing Western antiques and art. They show the many cross-cultural influences that have occurred over the centuries; the ‘Chinoiserie’ cabinet on stand is English with decoration of eastern origin. 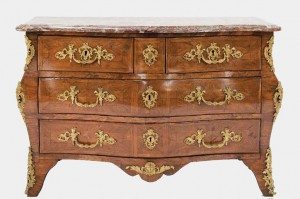 The sale offers an eclectic mix of paintings, furniture, textiles and objects with one of the highlights being a ‘stamped’ French commode, which was the result of a collaborative effort of various craftsmen from the ‘golden age’ of French furniture in the 18th century. From 1743 onward, it became the rule to stamp every piece of furniture offered for sale with the maker’s name, with the exception of pieces made by royal cabinetmakers that were exempt. Download Catalogue Mossgreen Spring Auctions 2013

Mistresses, Consorts & Clever Women including Fanny Burney, Mary Wollstonecraft and Jane Austen would be pleased to know their writing is still admired some 200 years later.