A new production of the multiple Logie Award-winning television sitcom Mother & Son is now on stage in Melbourne.

The Comedy Theatre is the perfect venue for such an event, a little faded and showing its age (1928 – ) although still filled with the laughter of hundreds and thousands of people that has resonated loud and long off its walls since the roaring 20’s!

Mother & Son features an award winning ensemble cast, directed by Roger Hodgman and produced by Spencer McLaren, Dean Murphy and Joseph Thomsen all of whom grew up with the original on the box.

Noeline Brown is the much loved senior citizen Maggie Beare. The ever popular Darren Gilshenan is her beloved, beleaguered son Arthur, who does his best to always look to his mother’s care. He is often in a state about where to draw the line with her demands and to understand where life ends and her real, not feigned loss of memory begins?

The play has been written by Geoffrey Atherden, the man who created the T.V. characters. He has brought them up to date for the modern age, which includes Maggie outwitting modern day con artists trying to take her down!

The larger than life Shane Jacobson plays Maggie’s ego driven second son, the dashing dentist Robert Beare. Maggie believes he is ‘perfect’, although we know he is far from that; a big liar, cheating on his wife Liz and just as insincere as ever he was. Energised and compensating for always playing second fiddle to her husband’s mother by spending copious amounts of money, Liz Robert’s wife is texting wildly and showing off her new skills in more ways than one.

The jet-setting sharp-tongued Liz also has a new lease of life with the vital and talented Nicki Wendt as the driving force. She has the most fabulous one-liners to deliver.

She is sporting very flash jogging gear to work out at the gym, as well as the latest universally flattering frock by Diane Von Furstenberg.

After all a girl needs to socialize with her upwardly mobile, but very bored friends.

She’s also proving a bit of a sleuth, by lifting Robert’s second phone from his pocket with such sleight of hand she would make Sherlock envious. Nicki Wendt was thrilled to take on Liz’s role for this production.

The all new setting for Mother and Son has evolved into the new age, well at least a little.

A sleeker lounge suite setting stylistically heralds that modernism has finally arrived in the Beare household, although the ubiquitous 50’s standard lamp is still there, albeit to one side, with a ‘Victorian’ style dining table surrounded by nondescript chairs.

Maggie’s beloved old piano is still  in view, although not centre stage but in the corner where she can play chopsticks, just as she probably had been in the 50’s, which was really Maggie’s heyday.

They have come up in the world too the Beare’s. Rising above their station in life!

They have a painting by iconic Australian aritst Sir Arthur Streeton on the wall, as well as considerable collection of ‘op shop’ prints, revealing that they are up to the minute and back in style. This is a brand new play that has a beginning and an end, unlike most television series are able to achieve.

These four quintessential characters for over six series during the 80’s in Australia kept audiences laughing out loud and long.

Australian society of the 80’s when Mother and Son was born still needed to catch up with new ideas and new modes of existence, especially how to deal with ageing parents

The men wanted their women ideally at home, looking after their every need waiting on them hand and foot just as their mums had done for their dads.

They wanted another sort of full Monty; adoring wives and happy children with faces gleaming and bright, scrubbed clean and shiny during the nightly bath ritual.

They had to be in their pj’s having been fed, ready to kiss Dad goodnight and retire to bed quietly because he wanted to be able to relax before dinner at a civilised hour, without the patter of tiny feet.

Goodness, what a concept to endeavour to embrace in today’s society. Noeline Brown (1938-) takes over the role brilliantly characterised originally by Ruth Cracknell (1925-2002) and makes it her own.

Tempting fate before a theatrical performance is not something actors are usually prone to do.  They tell each other to ‘break a leg’, the antithesis of what they really mean.

It’s perhaps ironic then that Noeline did in fact ‘break a leg’ eight weeks out from opening night. The cane she is sporting on stage is all too real. Complicated family politics are at the heart of life with Maggie, who has been all at sea since her husband, and the boy’s father died.

Like most Australian women of her time Maggie had been brainwashed by her family, her husband and the society she live in to always being at home,

She would have been made to feel guilty if she didn’t look after everyone by waiting on them hand and foot, basically acting as their personal housekeeper.

Letting children go and live their own lives when they grew up was not something the women of Maggie’s age did at all.

Children in their time in working homes all over Australia still contributed monetarily to the support of the family, when they first went to work.

Women of Maggie’s age also married young, urged on by their families, just in case they ran out of time for childbearing.

Then they found that finally when their job was done, the kids grown and just as they were dying to get out and start their own lives, they were stymied again.

What happened next was that they went very quickly from being capable carers into being put ‘into care’ themselves. They found themselves condemned to live out perhaps last thirty years or so of their lives far from the maddening crowd and their friends, especially if their husband and the dog had died!

They were literally put out to pasture in retirement homes, where families would visit once or twice a year because it required a thermos and a packed lunch to drive out that far from the city.

Their children and grandchildren also came to see them very little, not every other Sunday as they had previously.

Understandably it was not a prospect many women relished. It is the reality Maggie is fighting to avoid.

She is really scared about the prospect of spending years away from the people who have shared her life to date. For her it’s a fear that requires drastic action.

The difficulty is when she resorts to manipulation to ensure this won’t be her fate. It all gets very complicated.

She keeps Arthur in his place looking after her by feigning dementia, often with laugh out loud hilarious results.

The tragedy is her dementia fast becomes reality as she loses the faculty of being able to sort fact from fiction and more. Being befuddled becomes integral to the territory. Maggie’s daughter in law Liz is from that new generation of women who wants more out of life.

They are reading in letters from friends overseas (remember letters) or in the latest women’s magazine how women have been liberated following two world wars.

Their international counterparts are breaking free, holding down great professional careers while nurturing their family. It’s all so ideal and so appealing. So why shouldn’t they want the same. She doesn’t want to end up like Maggie. 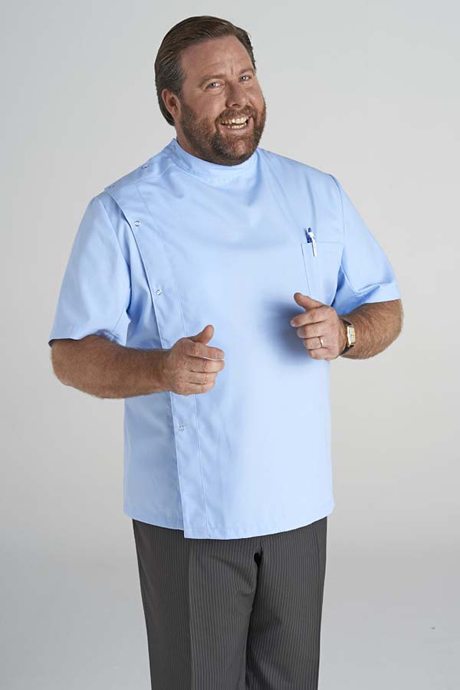 The women of Liz’s time are wanting to change the status quo the reality is that they are frustrated on every level still by old attitudes passed down from mother to son. It’s like a self-fulfilling prophecy.

The men of Liz’s time do not respond well to their wives endeavouring to educate them to the new ways of the modern world or wanting to go out and work in it.

What will mates or business colleagues say if they are not able to look after their families – will it affect business?

Well yes is the answer, certainly in those times when older partners in their firm frowned on such new ideas.

A man’s pride was his badge of honour.

He needed to wear it proudly and be the breadwinner or he would become much less of a man in his peer’s eyes, perhaps even expendable!

Men like Robert spent most of their time putting the women who were in it down.

The women, well they found out quick smart that if they don’t conform then there were dire consequences.

For a socialite like Liz, she would have found herself in reality ‘struck off all the lists’ for important social events about town.

The family dynamic is a great one for comedy, having people laugh out loud at the status quo of societal politics is good for business and also good for social development. We need to hold up our ideas and values from time to time and see if they do fit the age or if they are outmoded way beyond their time.

Change is not something human beings enjoy, this is a proven fact.

However it is inevitable and happening daily so embracing it while the way to go, is not something that everyone can achieve, certainly at the pace that other people may want, and their needs should be respected.

With Maggie however, no one knows where to take her next.

She constantly confounds them all. Just when they think she’s finally gone dotty completely, she begins dropping pearls of wisdom all about that have them once again, looking at themselves and their motives. 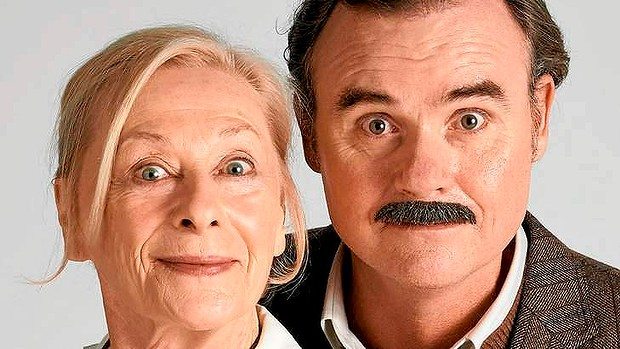 Mother & Son on stage is a social commentary on changing times. It is all about the art of ageing – and will succeed as long as we continue to laugh out loud (LOL) at ourselves.

PS Janet Walker and I both went to the media preview and have discussed the show from our own perspectives.