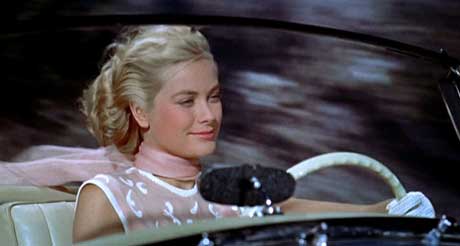 It’s an incredible motoring experience to drive the route â Corniche in France. From the lively undervalued city of Marseilles, where you feel the wealth and glamour surround you as you follow in the wake of fabulous Ferrari’s driven by diamond encrusted millionaires, to travel via St Tropez, Cannes and Nice all the way to Monte Carlo.  I could definitely relate to the experience when Grace Kelly drove fast and furiously along part of this road with the handsome Cary Grant by her side, in the romantic thriller To Catch a Thief.

She was driving a classic Mercedes Cabriolet with the top down

The French Government Tourist Office explains that the Corniche isn’t just one road – there are dozens in the 170-mile journey between Marseilles and Monaco. Approaching Monte Carlo for example, there are three roads called Corniche, one high, one low and one in the middle. No need to worry though, with a good navigating system it’s all equally enthralling. In the harbour of Monaco below the road that accommodates the formula one motor racing fraternity annually, yachts half the size of aircraft carriers, with swimming pools the size of a small lake are lit with crystal chandeliers that blind you with their brilliance. 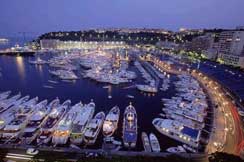 They have arrived long ahead of their owners, who have been soaking in the atmosphere while they enjoy motoring heaven as they tour in Top Gear along one of the world’s poshest seaside roads.

Prue and her crew just cannot compare, its just too true.

The boys from Top Gear have driven this celebrated piece of road through the beautiful back country behind the French Riviera in their car challenge. It provides endless opportunities for enjoyment, especially if you are looking for a motoring heaven second to none. They packed their suitcases into a Lamborghini, an Aston Martin and Vanquish supercars to enjoy the incredible driving terrain.

Top Gear is one of those rare television events, the original I mean, with Clarkson Hammond and May, that I can enjoy to watch and discuss with my three sons. But we digress.

On the French Corniche every bit of the coastline is dotted with luxury villas, every bend in the road unfolds yet another spectacular view of a sensational seascape that takes your breathe away and at times, it all seems just too good to be true. If you need to make a stop to enjoy a beverage or to partake of a once in a lifetime French food moment, well there are many amazing dining experiences to be had in precariously perched restaurants in dangerously divine hilltop villages along the way.

Many of the roads that provide a diversion from the Corniche are narrow and winding and while driving is supposed to be on the right hand side, this is in theory only. It is a case of driving when and where you can. If someone pulls up in front of you on a side road either to stop, or to have a chat with an oncoming vehicle you just have to be patient and wait until they move along or when you can see an opportunity to pass. It is made much more interesting in that traffic indicators, unlike in Australia, are rarely used. On the other hand horns are used frequently, especially as you come in and out of corners back onto the Corniche. The difficulty in some cases is working out whether locals are providing a greeting, a thank you, being plain b**&^%y annoying or just spreading a little joie de vivre. I always like to think it is the latter.

It all makes for very exciting motoring.

Remember motoring… such a lovely word, so entirely English and so very proper. Owning a motor, not a car is surely the way to go. Especially if it’s a classic Jaguar or as I had once, a Mercedes with a Pagoda shaped top, a 250 SL Roadster. Now there was a car, British racing green, golden walnut dash, tan leather seats. And, while she had all the improvements of the 280SL she didn’t lose the charm of the 230SL, the first with the Pagoda top. She was totally impractical for a mother with three sons plus assorted sporting equipment and paraphernalia but who cared. We didn’t. The boys took turns in the passenger seat or otherwise disported themselves on the bench seat to travel back and forth to school in style. As teenagers they loved it. When the brand new Ford Laser, an innovative new small car that had just arrived on the market cost $11, 999 my Mercedes and her marvellous chassis and exotic looks cost me only $10,000, Go figure.

Most people thought I was quite mad until she was sold five years later for $65,000. No one would believed I would be able to make money on a motor car. I didn’t set out to do it. She and I knew it was all about my being passionate about the art attached to her design and style. Economically it was all about timing in a growing market and trying to explain to others she was a classic didn’t do it for them like it had for me. She was rare too, with her automatic transmission and factory Kuhlmeister Aircon. The owner of a Prestige Motor Showroom on the North Shore of Sydney commented when I drove him back to his office one day after wanting to check out all her moves, that he had never sat next to a woman before who knew how to drive a sports car. Hard and fast. Well what other way was there? Aaah yes, I loved that car she was definitely Yar.

For motoring enthusiasts the Australian International Motor Show 2011 at Melbourne was held in the middle of the year. The timing was important because it meant that many more European manufacturers were able to bring in their big drawcards like the Lamborghini Aventador, the Maserati GranCabrio Sport and the Mazda Shinari and Toyota FT86 II concept cars

One of the great features this year was Australian legendary driver Peter Brock’s 1953 FX Holden being auctioned off on Saturday 10th July at 2:30 pm. Bids in excess of $300,000 were expected. The ‘motoring enthusiast’ Shannons, sold off over $3 million worth of classic and collectable cars that day with Peter Brock’s best motor going to a MELBOURNE based collector. He paid $320,000 to keep the last Holden raced by the touring car legend in Victoria. 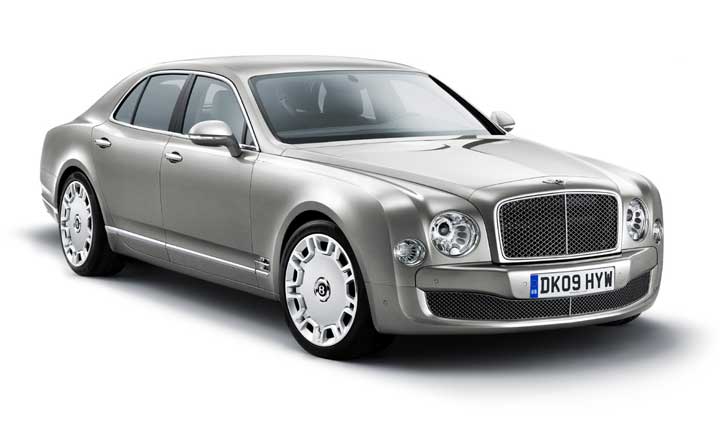 What more could any motoring enthusiast want except to perhaps take the simply stunning Bentley Mulsanne with her all new ab fab bespoke interior on a trip along the route â Corniche in France.

Get yourself into Top Gear and head off in a classic Motor now!

Catch up the boys on Top Gear on You Tube.

On Thursday 3rd of September, Fashion Elixir followers, downtown Sydney was abuzz with shopping fever! The sixth annual VOGUE Fashion Night Out (VFNO) was being held in the heart of Sydney’s shopping district in the Pitt Street Mall. A fabulous incentive established in 2009 by the Vogue network of magazines…