The Australian Chamber Orchestra (ACO) under the leadership of their artistic Director, violinist and composer Richard Tognetti AO and BAFTA nominated director Jennifer Peedom, who also directed the brilliant mountain movie Sherpa, have collaborated to produce a mighty cinema experience and story of epic dimensions MOUNTAIN, to be released in Australia on September 21, 2017. 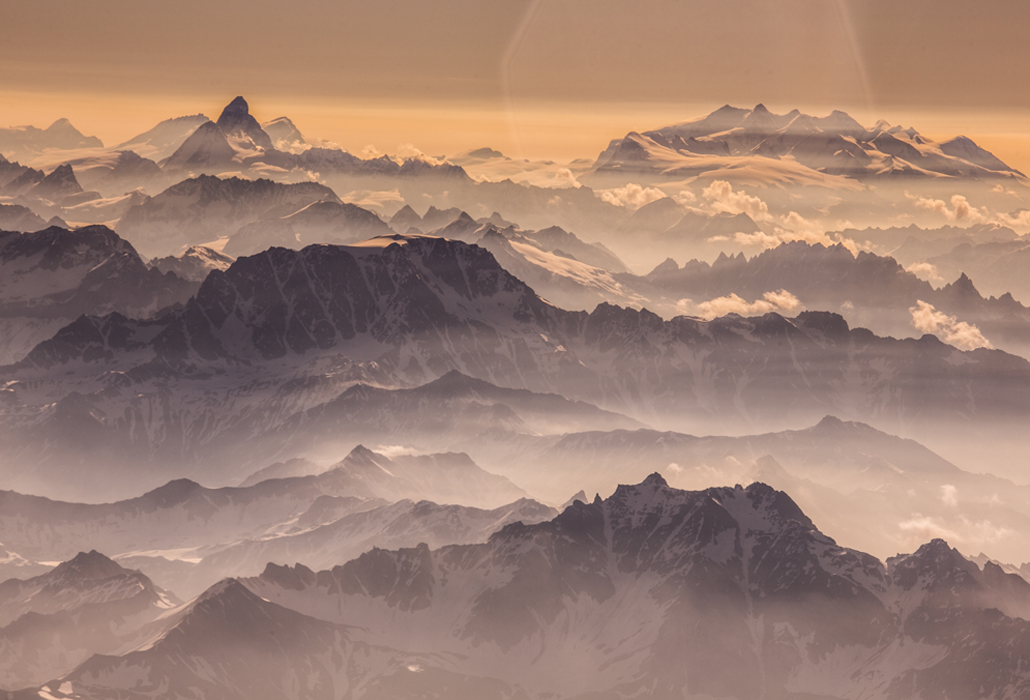 Having attained rapturous acclamation at the Sydney and Melbourne Film festivals, MOUNTAIN a feature length documentary explores the fascination and feelings involved with those obsessed with climbing high.

It also explores the world’s highest peaks, through the brilliance of the high altitude cinematographers work, which is at all time showcased by the elegant, eternal and sublime music played by the ACO that is both spiritually engaging while reflecting nature at its most spectacular. Blending ‘pleasure and terror’ both through the music for MOUNTAIN, Richard Tognetti wanted the viewer to reflect on “… the sense of vertigo that you get, the sense of awe, the sense of wonder, but most of all I wanted to capture the sense of horror you can get imagining you are Alex Honnold who climbs vertical rock faces with no ropes,” he said.

Compositions used were central to the theme. Music is transforming on so many levels and Richard Tognetti sought to reflect the ‘unforgivably harsh and incredibly beautiful’, nature at its most sublime against the small scale of human intervention with daredevil acts by rock climbers, snowboarders, skiers and more. The crucial figure between the classical and romantic eras, Ludwig van Beethoven (1770 – 1827) was the lynch pin; Richard Tognetti considers the second movement of Beethoven’s Emperor Concerto (Piano Concerto No. 5) ‘…one of the high peaks (of music) and needs to be respected like you would respect a Rembrandt or a national park’ … and he was pleased Jennifer Peedom understood it was a ‘sanctioned masterpiece.’

Works by the indomitable Polish composer and pianist Frederic Chopin (1810-1849) and the Norwegian Edvard Grieg (1843-1907) meant that refined lyrical music some of which had its birth in folk tradition and rose to become integral to the sweeping grandeur and mood of romanticism surrounding the maelstrom of the birth of the rights of man, would be able to liberate the listener and give them a freedom of feeling they had never known before. Sometimes it was agonizing trying to make a long piece of classical music fit a scene that had out weighed its welcome,” Jen says. “Classical music can be very hard to work with. But I can honestly say no Beethoven concertos were murdered in the making of this film!”

Music by Baroque composer Antonio Vivaldi (1678-1741) considered one of the greatest Italian instrumental composers in his day and who had a flaming imagination to match his sensational red hair, is music that could be likened to a passionate fresco of dramatic contrasts.

Finally there are additional contemporary new works by Richard Tognetti, which unlike the historic counterparts were both ‘malleable and adaptable’. “My own compositions are constructed more as film music, acting as a bridge between two works or formulated and inspired by certain concepts that couldn’t be found in the canon (of existing music),” said Richard. Three centuries ago climbing a mountain was not really on anyone’s radar.

Wild landscapes were not considered attractive, with mountain peaks considered places of peril, not of beauty. Previously the Alps and mountains in general had been viewed with unrelieved horror. One of the high points, literally and metaphorically on the Grand Tour of mainly English gentlemen was the crossing of the Alps into Italy, normally by the Mont Cenis Pass.

By the time England’s eighteenth century wit and man of letters Horace Walpole, together with his companion Thomas Grey crossed over in 1739, there was a definite note of enthusiasm about the type of landscape they viewed along the way. “It is six miles to the top; the road runs winding up it, commonly not six feet broad; on one hand is the rock with woods of pine trees hanging over the head; on the other a monstrous precipice, almost perpendicular at the bottom of which rolls a torrent, that sometimes bumbling among the fragments of stone that have fallen from on high, and sometimes precipitating itself down vast descents with a noise like thunder, which is made still greater by the echo from the mountains on each side, concurs to form one of the most solemn, the most romantic and the most astonishing scenes I ever beheld”. The enjoyment of mountains became an addition to the repertoire of human pleasure.

British diarist, author and patron of the arts Mrs Thrale commented ‘the portion of terror excited either by real or fancied dangers on the way is just sufficient to mingle with the pleasure and make one feel the full effect of the sublime’.

By the time leading figures in the German Romantic movement Caspar David Friderich (1774 – 1840) had an imaginative response to the atmosphere of the Baltic coast and Harz Mountains the most northerly range in Germany, which he found both awesome and ominous, Mountains were on many people’s radars.

He painted a work that became synonymous with the Age of Enlightenment; The Wanderer over the Sea of Fog, at a time when life on earth was changing for the better and Europe becoming more than a geographic term.

Frederich admired the overwhelming sense of isolation, which proclaimed human helplessness in the face of nature in all its atmospheric, mysterious glory. Full of conflict, passion and drama during the romantic age strong emotion became an authentic source for aesthetic experience, providing new ways for people to perceive the nature, beauty and creativity of the world.

One of the central figures of modern philosophy Immanuel Kant (1724-1804) believed it was an era when humanity began emerging into adulthood. There’s a line the film says Jennifer Peedom, “To those who are enthralled by mountains, their wonder is beyond all dispute. To those who are not, their allure is a kind of madness.” She said.

MOUNTAIN is a story of epic dimensions revealing the full spellbinding force of high places and asks the question – why are we now drawn to mountains in our millions? Robert Macfarlane whose book ‘Mountains of the Mind’ Jennifer Peedom noted, had already “… explored many of the ideas I wanted to express, so I approached him to write a very sparse, poetic narration script” she said. “Without Robert’s beautiful words I wouldn’t have been able to say what I wanted to say in this film. His script is breathtaking” Jennifer added.

MOUNTAIN, spectacularly filmed in Antarctica, Argentina, Australia, Austria, Bolivia, Canada, Chile, France, Iceland, India, Italy, Nepal, New Zealand, Pakistan, Papua New Guinea, Scotland, South Africa, Switzerland, Tibet and the USA, will allow you to share the experience of being ‘taken right to the brink, for you never feel so alive, knowing that at any minute, you could die’.

All images from Mountain used with permission courtesy Madman Entertainment