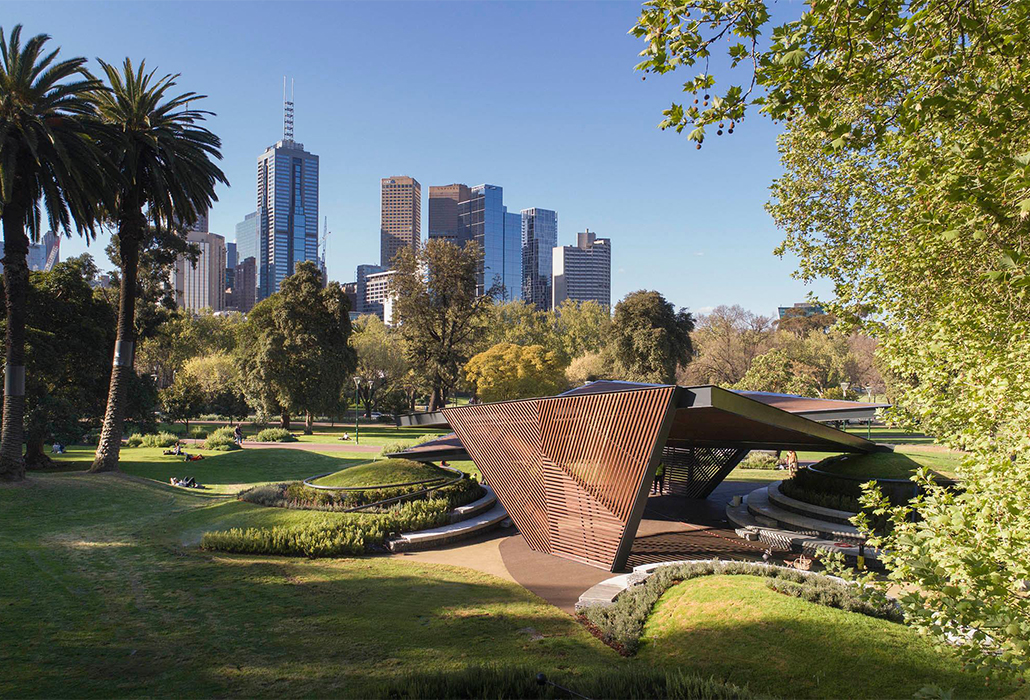 Architecture is in itself a complex ‘system of relationships’; functional, emotive and social. The people who live, work and visit a building are as much a part of that building as its concrete, steel and glass. It provides a forum for an important interchange about human values and the evolution of our society and culture.

MPavilion is an intimate living room in a garden, a way of providing a special venue with beauty of form, whose purpose is for thinking, making, creating and sharing ideas and stories, helping to connect and advance the welfare of our society and culture at large. 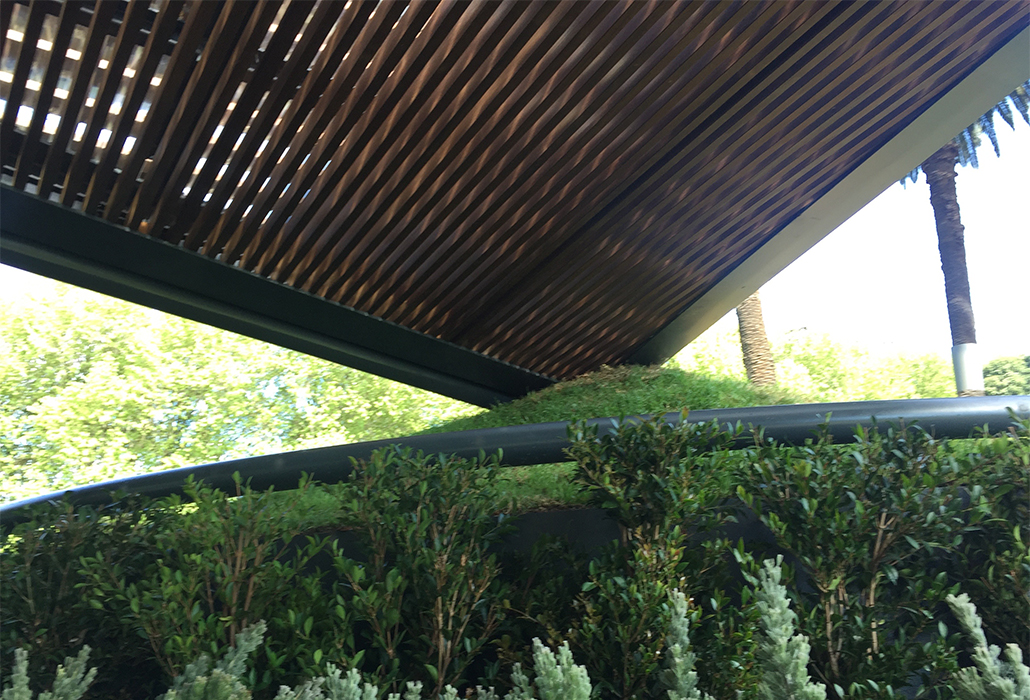 The design for the fifth MPavilion 2018, sited in the Victoria Gardens, Melbourne opposite NGV International, is an open geometric configuration assembled in two distinct halves supported by a central steel portal frame.

Two surfaces of timber latticework intersect with each other to form the pavilion’s roof. An altered topography forms three mounds that incorporate seating, allowing a multitude of community-focused experiences: dynamic, spontaneous and collective.

Melbourne businesswoman Naomi Milgrom, whose Foundation has provided this fifth MPavilion for the city of Melbourne, was clearly happy at the opening event on Monday October 8, 2018, that the project has been extended beyond its original concept of four years. 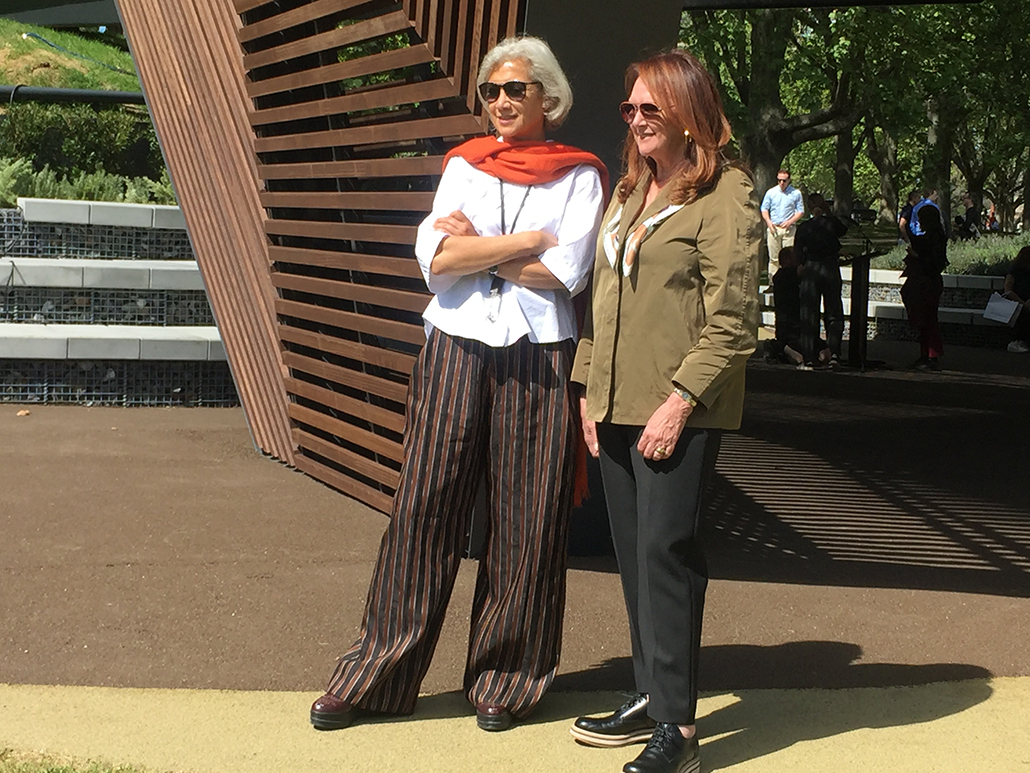 She welcomed Barcelona based architect Carme Pinós, founder of Estudio Carme Pinós and designer of this year’s MPavilion, commenting to those in attendance “Architecture starts with social responsibility” she said.

Ms Pinos’ sharp, poetic designs and humanistic design philosophy has inspired urgent conversations about public architecture, social housing and urban refurbishment around the world. She believes it is up to the architect to understand each building’s purpose and reflect it in the design, which she has in this case, brilliantly. 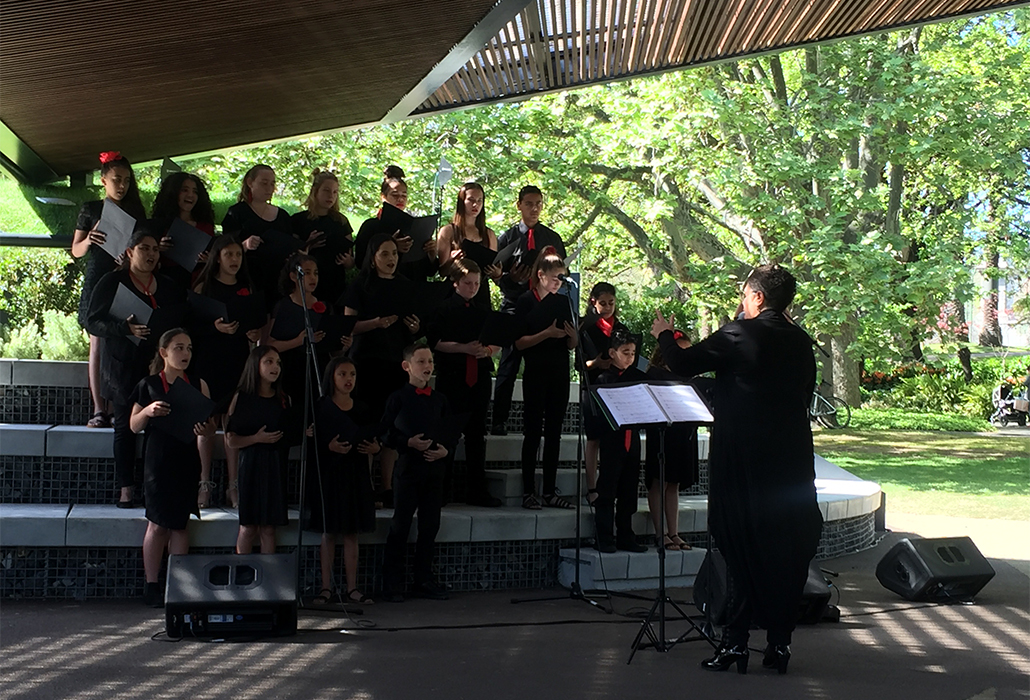 Along with everyone else there, she also enjoyed the live performance from Yorta Yorta soprano and composer Deborah Cheetham AO who conducted the Dhungala Children’s Choir to celebrate the opening in style, as they sang a superbly realised commission, especially for the event.

MPavilion has become an ‘iconic’ temporal structure connecting the community with its city and supported by the City of Melbourne and the Victorian State Government through Creative Victoria. 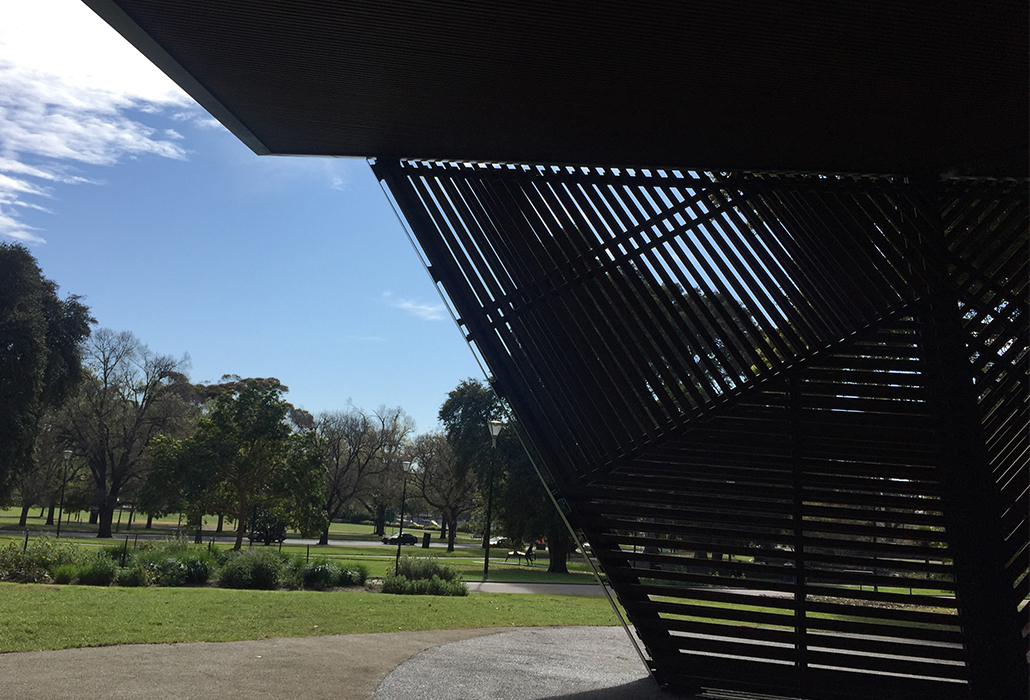 There is also a host of sponsors, with the space providing a vibrant venue for hundreds of free events throughout spring and summer; MTalks, MMeets, MMusic, MKids and MProjects event series are but a few.

MRelay is a series of tag-team talks, which this year will focus on fostering inclusive and equitable cities. Its artist in residence program showcases local award-winning Melbourne artist Esther Stewart. 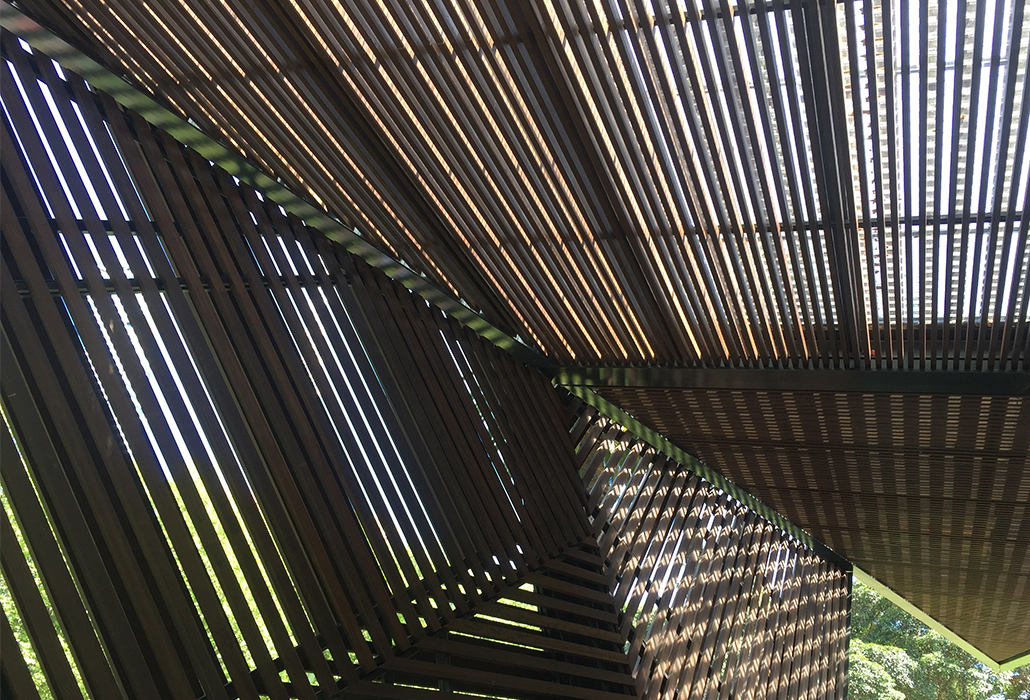 Carme, understandably has a number of engagements while she is in town, including talking to students at the Melbourne School of Design and having a conversation with Naomi Milgrom and the ABC journalist Virginia Trioli on Thursday October 11. 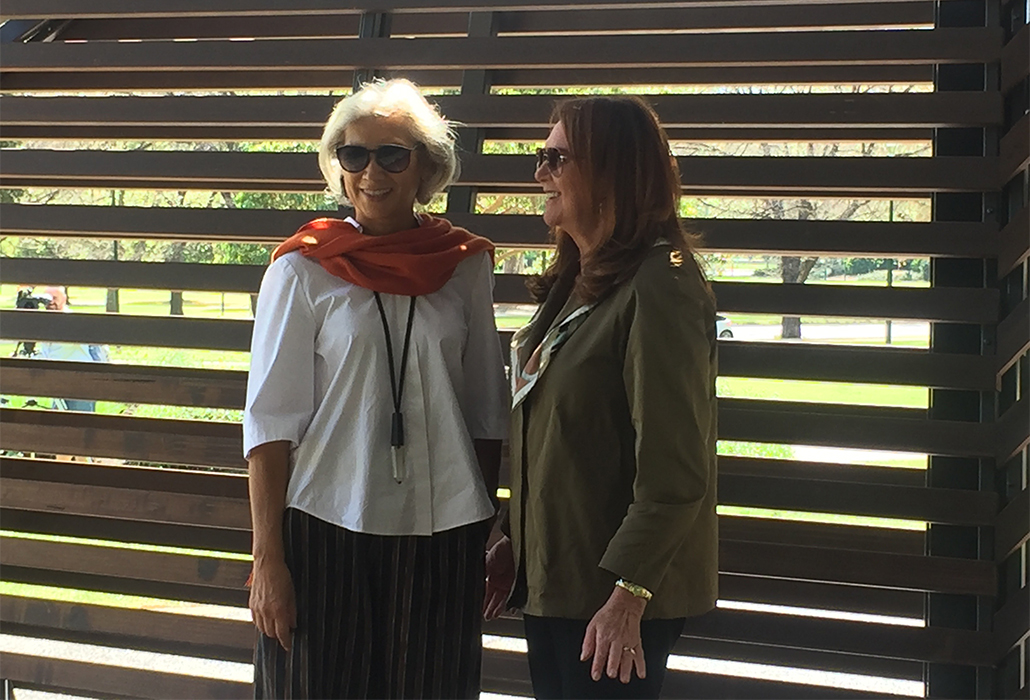 She commented “MPavilion 2018 is a place for people to experience with all their senses—to establish a relationship with nature, but also a space for social activities and connections. Whenever I can, I design places where movements and routes intersect and exchange, spaces where people identify as part of a community, but also feel they belong to universality.”  Access all Event details here. They are all FREE