Giving beauty of form to ideas is what good design is all about, responding to the attitudes and philosophies, fashions and passions that define our culture.

At the forefront of those challenges starting this Spring in Melbourne will be MPavilion, an event hub; a meeting place, a temporary landmark, a spontaneous detour and a starting place for talks, workshops, performances and installations to happen.

MTalks, MMeets, MMusic, MKids, are just some of the modules on offer, all of which have a focus on the evolution of art, design, music, fashion and style integral to the program. A new series – Design and Science – will also be launched this season, with support from the Hugh D. T. Williamson Foundation. This is the third of a four year pledge by the City of Melbourne, the Victorian State Government and the Naomi Milgrom Foundation that an outstanding architect will be commissioned to design a temporary pavilion to be erected initially in the Queen Victoria Gardens, in the centre of Melbourne’s Southbank Arts Precinct.

Acclaimed architect Bijoy Jain of Studio Mumbai in India has designed the purpose built MPavilion for 2016. It will be the largest bamboo structure ever built in Australia to date and a wonderful example of art in sustainable architecture.

Jain’s own home in Mumbai. India and the MPavilion are both fine examples of contemporary design; collaborating with mother nature.

As with the two pavilions that won in the years before his, when the program is over Bijoy Jain’s structure will be moved to a permanent new home within Melbourne’s CBD. It’s all about creating an ongoing legacy in Melbourne’s increasingly sophisticated architectural landscape. The ambitious program to be held inside Bijoy Jain’s pavilion, has been put together by creative director and CEO Robert Buckingham and deputy creative director Jessie French. It includes some 400 free public events to be presented from October 5, 2016 – February 18, 2017, supported by leading education and cultural organisations. Naomi Milgrom noted MPavilion is now “Recognised internationally as one of the ten most inspirational installations in the world, MPavilion is a space for creativity and community connection and has become the new civic space for the whole of Melbourne”

An MTalk event will open the program, hosted by architect Peter Maddison with Naomi Milgrom AO and Bijoy Jain in conversation. The trio will discuss ideas of cultural exchange and the collective construction process. The talk will coincide with a special exhibition of Bijoy Jain’s design process, to be held in the Gallery at the Royal Melbourne Institute of Technology (RMIT) September 9 to October 22, 2016.

Today if you are seeking to distinguish, between, or to recognize various components and characteristics that form an aspect of any design style, it can be confusing. In history the aesthetics attached to what was considered good design were often only available to those with the ready necessary.

Prior to WW II one style does not just conveniently end on one day and another start the next, there were always periods of time as styles overlapped.

There were quite large time lapses too, as designers across Europe influenced those in England, then on to the new world in the Americas, and eventually internationally.

Except for perhaps in Cuba and some villages in the United Kingdom, there are not many places where design has remained static. Collaborating with the colourful Confluence Festival of India, Australia India Institute and the Indian Consulate, the program will feature events, talks, music, and dance and theatre performances

Leading Indian musicians, puppeteers, magicians, academics and cultural influencers will perform over the weekend of December 3 and 4, totally dedicated to Indian cultural events, in partnership with the Indian Consulate.

To celebrate their 110-year anniversary, the Melbourne Symphony Orchestra will hold a series of three concerts in the trio of MPavilion structures on December 11, 2016. Monash University’s School of Music will host performances and workshops in October with students and visiting musicians inspired by a variety of genres including Indian music and a student Jazz concert on 10 October. The relationship of music and harmony to both the landscape and architecture has existed since ancient times, when clarity, temperance and balance were qualities and values much admired. Music in both ancient Greece and Rome embraced opposing forces and celebrated the excesses surrounding the ecstatic state or, elevated elegance. A collection of MKids friendly events, will be available to be enjoyed by the whole family, including afternoon performances and multicultural activities.

The influence in Australia of the Bauhaus School, founded in 1919 at Wiemar in Germany by architect and educator Watler Gropius (1883-1969), will be explored through a series of events and talks in November held in partnership with Monash University, the Bauhaus in Australia Forum and University of Melbourne. 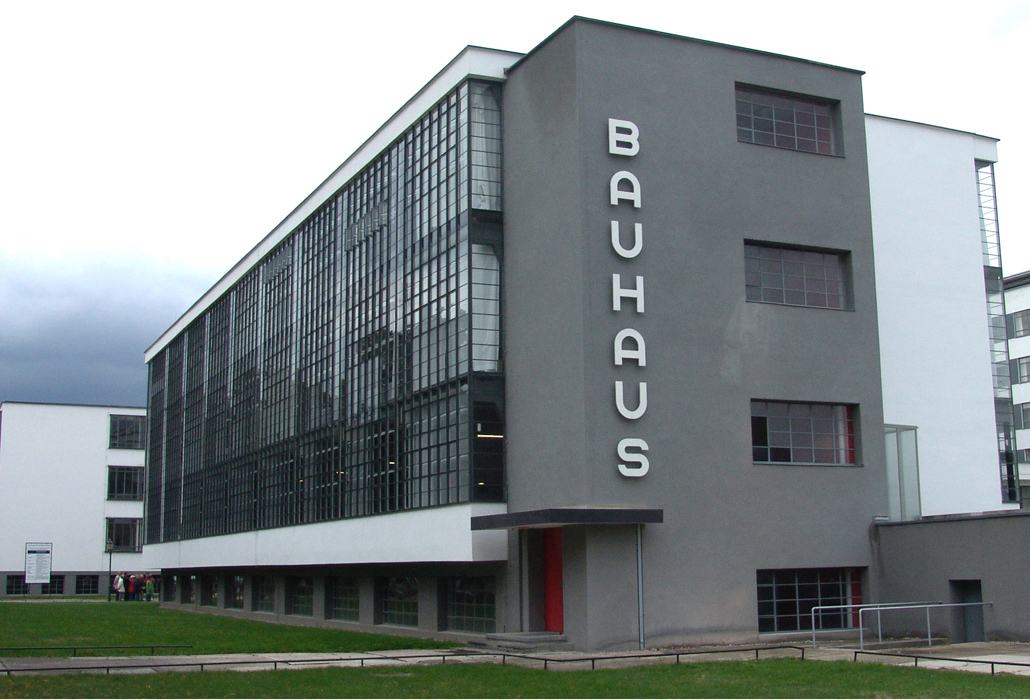 The Bauhaus School fostered the considerable design talents of such luminaries as Mies van der Rohe and Marcel Breuer, becoming a strong pioneering influence on the style of the ‘modernists’, until the Nazi’s closed it down in 1933.

At this time many Bauhaus Modernists left for the U.S. A where they would help to create the “International School” of architecture so fundamental to design today.

The German pavilion at the 1929 Barcelona Exhibition, by van der Rohe, was the finest expression of pre-WWII German modernism. Lyonel Feininger was the first artist chosen by architect Walter Gropius (1883-1969) to staff the school whose students designed factories with glass curtain walls, while developing radical ideas for office buildings and factories in which beauty and utility came together. Gropius also worked with Charles Edward Jeanneret, who changed his name to Le Corbusier and began work on his theory of the interrelation between modern machine forms and the techniques of contemporary architecture in 1919.

At the 1925 exhibition in Paris Le Corbusier “fitted form to function” and his books published in 1923, 1948 and 1955 became a worldwide influence on town planning and building design.

His first building used standard size units the proportions of which were calculated as in historic architecture, based on the measurements of the human figure, conceived as one of a number of tall buildings which, when the overall scheme had been completed, would form a pattern projecting from a carpet of low buildings and open spaces.

MPavilion will welcome German expert Dr Isabel Wünsche as she joins architects and academics from around Australia on November 19, when Australia’s great late architect Harry Seidler’s wife an architect herself and head of his old firm Penelope Seidler, appears in conversation with Naomi Milgrom AO. Check out the MPavilion program for yourself. There’s something for everyone.

Reality is a figment of our imagination, so if what we perceive is often wrong how can we know what is real or what isn’t* Education + Entertainment can be both encouraging and empowering. Portraying an eccentric, sometimes pompous neuroscientist and out of the box consultant to the FBI, with…