Hello everyone. Here at Melbourne as Easter approaches the rhythm of nature is refreshing the heart. The Easter Festival is an important date in the calendar and has many implications, both sacred and secular. It is also a time of year when we need to be inclusive, reaching out to those in need.

I would like to say thank you to the many people who have joined us as new Subscribers to The Circle, and also those following us on Facebook and Twitter. In case you are not aware you can also watch our Free Videos on our You Tube Channel. 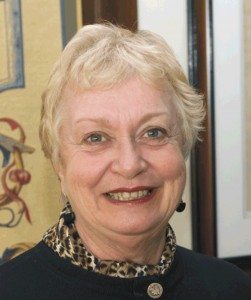 A warm welcome to all our international readers. It is autumn here in Australia. At Melbourne where I live the leaves are changing colour swiftly as the morning’s cool down. The four seasons play out here in spectacular style, which very different to Brisbane as well as Sydney where I have lived previously. My son tells me it has to do with us being on that part of the earth as it tilts down toward Antarctica.

The chilly breezes and gale force winds we experience certainly travel far and layered clothing is a must. Have to admit experiencing the seasons is one of the aspects of living here that I most enjoy. Very good for the senses. Another is meeting with friends in the chic coffee houses and cafe’s that abound, especially here at South Yarra a central hub of fashion, arts and culture. There is much to see and do and so much of the action, in and around Melbourne is easily accessible.

Just a walk in the glorious Botanical Gardens nearby each day raises the spirits. As I watch the gardeners at work its hard not to think that having a job cultivating beauty daily must be the most wonderful profession. I also think of all those other people enjoying a walk in all the other botanical gardens around the world. Especially at New York where Monet’s Garden will be the subject of a fabulous new show to be held in The New York Botanical Garden between May and October. If you are planning a trip to New York be sure to place this Exhibition at the top of your agenda. French Impressionist painter Claude Monet certainly understood the concept of cultivating beauty and it is sure to be a fabulous show. The Enid A Haupt Conservatory in the gardens is a wonderful and favourite location for New Yorkers, and this elegant Edwardian greenhouse will secure the scores of plants Monet favoured most in a display that honours his legacy, the garden he planted and painted at Giverny in Normandy.

Today with the natural world under threat and in many places rapidly disappearing, the role of the Conservatory has become more important than ever before. It is not so much any more about conserving individual plants, which have been transplanted from their native habitat, but rather the conservation of nature itself and we address this in The Conservatory, Crystal Palaces and the Climate Revolution.

Californian artist Elizabeth Murray, whose wonderful book Monet’s Passion that we reviewed recently features incredible photographs of the painter’s garden. They will form an important exhibition Seasons in Giverny which will be held at the same time in The New York Botanical Garden’s Ross Gallery, and they will also be used throughout the conservatory during the show. 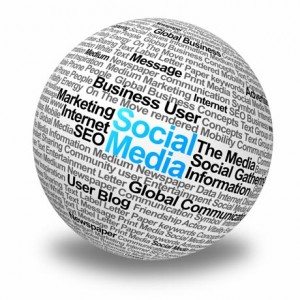 In May, the The InForum Group, who are based at Sydney, will present their panel of experts on Social Media here at Melbourne, and again at Brisbane, a timely event with an interesting panel of speakers and a moderator, who will be sure to encourage stimulating and lively discussion. Social media is one of the most powerful technology tools on the planet, especially for those wanting to stay connected with friends and family members while discovering what is happening in the rest of world.

From brands to business, from professionals to politics The InForum Group panel of speakers will put in perspective, the realistic opportunities social media has created for business, politicians, organizations and individuals to communicate with the wider community.

A warm welcome to our new Features Editor Asia, Sheena Burnell, who will each month report on the burgeoning arts and culture in her Shanghai Scenes. 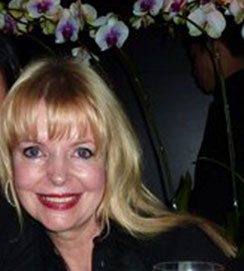 Her first article is about an interview she had with Australian artist David Reid, who is now based in Shanghai. His work is a modern take on life in an ancient city that is daily being transformed, a unique perspective.

Our Fashion Elixir column each Wednesday has a growing group of followers. They will be sure to enjoy Sydney Stylist Jo Bayley’s take on events on the fashion scene. They will not believe well in advance of becoming our columnist, she had planned a holiday at home in Australia this year at Hayman Island on the Great Barrier Reef. She landed right in the middle of the Modelco 10th anniversary celebrations, so was able to report first-hand and gain an invite to their party. How does she do it?

My role seems to be following many pathways and addressing many issues facing society and affecting our historial and cultural development. I enjoy the balance.

Veteran fashion editor and commentator Marion Hume has filed a major report for the April 2012 Fashion Issue of The Australian Financial Review Magazine. This ‘verdict’ on the Australian fashion industry is one to share. Queensland is a state of great optimism and crucible for change. A great deal is happening there right now since the election, that proved an incredible event on the Australian political scene. It has many ramifications for not only Queensland’s future, but also Australia’s.

Surveying the historical scene provides a method of hindsight that can ensure you don’t have to personally go through the pain of too many mistakes.  Just learn from someone else’s.

This month having become a Life Fellow of the RSA at London I have reported on some of their fabulous current projects, that not only contribute to 21st century enlightenment, but also in practical terms, are helping decision making processes that will support the growth of an international ‘Big Society’ of the more immediate future, and beyond. ‘The Social Brain Project’ is one. A long term challenge to enrich social and human capital. Those involved are building on current projects by ‘linking theory and practice’ provisionally’, while working to found a ‘Social Brain Centre’ in 2012.

The RSA has branches in the USA. Benjamin Franklin became a Fellow in 1756 in the days when Fellows met in London coffee houses. Today Fellows in the USA meet in virtual coffee houses like the American Coffee House, in addition to meeting in person at small and large events. The RSA is also established now in Australia and New Zealand, in Canada, Singapore, Japan and Finland. Do consider becoming a Fellow and help to bring important community projects in your area to fruition.

The final conversation of the month was about marriage equality, certainly a topic that should never go out of style because it is all about love.