No one could say that life in Australia is dull, especially as served up by its politicians and the press. Last week in Australia we earned international condemnation from journalists asking questions of Australians such as ‘are we satisfied with a sexist political debate that revolves around sniggering at women’s body parts and hairdressers’?

The week started off in a humorous way, as people became tied up in knots over the ‘blue tie’ affair. The Prime Minister inspired catchy conversation with her casual comments about men marauding about in blue ties. It provided another opportunity for us humans to laugh at ourselves and prompted me to tell tales of men, their ties and modish life at the top. Then just to keep the week in perspective, came the appalling ‘Mal Brough’ menu, which wasn’t about tasty desserts at all.

This potential Ministerial candidate, who has surely earned himself the moniker of ‘motor mouth’ more than any other, was at the centre of another long line of the controversial incidents that seem to follow him wherever he goes, over a menu reputedly served at a fundraiser he was responsible for.

Published on Facebook the document displayed an appalling lack of respect for the Australian Prime Minister.

Whether or not the menu really made it onto the table at all is not really the issue. It is all about the creator’s appalling lack of respect for the most important office of state in our nation. 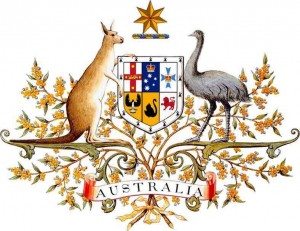 As if that was not enough, suddenly the Prime Minister rocketed back into the headlines when a radio interview went massively awry.

What possible excuse could anyone have for displaying such a gross lack of respect for others as the radio jock whose name should not be given status? He certainly proved what a rude, ill-mannered, nasty ‘little’ minded man he was, and is to say the very least.

The Prime Minister of Australia Ms Gillard accepted the interview to talk about the matters society are concerned about and should be considering in the year of an election. Instead she was subjected to rudeness about her private life on a scale previously not known before. 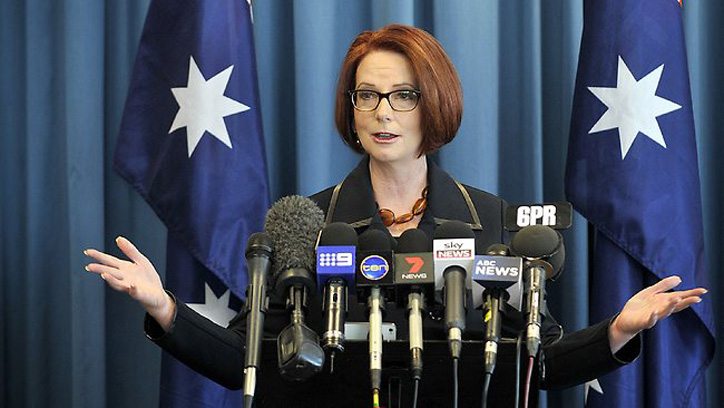 Then came reports about men in the military distributing “demeaning, explicit and profane” emails denigrating women in an age when we would have thought we had risen out of the mire of systemic problems with the culture inside the army.

I must say the whole saga certainly took a toll on my own tolerance, which within my own small society my family tell me, struggles daily to be all about patience, understanding and a great deal of empathy for human frailty.

But really, enough is enough.

We must, as a society start establishing and revisiting the enlightened and influential texts and lessons learned so well by our ancestors that influenced our cultural development and saw a majority of Australians enjoying a positive experience of life in Australia for so long. The past can so very often inform the present. It may have not been a perfect life, but it was one that gave us all a great deal of hope and trust that our own children would enjoy a bright future after the horrors that took place in World War II.

Honestly sitting at my computer feeling massively let down, I looked out of my window and prayed. Hoping against hope for signs that light might still be out there at the end of the long tunnel ahead.

Then, the first two of a number of heart stopping and soul reviving pointers emerged.

The first was the show stopping opening for the Tony Awards, which had begun on my television nearby. ‘Bigger’ was led by popular Emmy Award-winning presenter and producer Neil Patrick Harris, who wittily quipped  “On Broadway we don’t need extreme close ups to prove we’re singing live’. Harris set the wildly applauding and cheering audience up perfectly for the show ahead.

It presented a cast of colourful characters, who were all about saluting standards of excellence attained in the life of those engaged with the Broadway theatre. It made me smile, it was clever, creative and inspiring. While all this was going on an amazing photograph of Heaven’s Gate portal, as it has been called, was suddenly shared with me by a facebook friend. A natural occurring phenomenon set into the limestone greatness of Tian Menshan Mountain National Park, Zhangjiajie in north-western Hunan Province in China, this amazing place compels people to go on a pilgrimage to reach its lofty heights. It’s certainly one of those places that should be on everyone’s bucket list.

Accessed via the longest passenger cableway anywhere in the world, which is then followed by a bus ride that would make the most hardened heart pound, you travel on a winding road leading to the starting point where you have to surmount huge flights of man-made stairs to reach the ‘Heaven’s Gate’ cave.

I could hear glorious joyous baroque music in my own head as I followed the pathway that pointed continually towards the portal in the peak, perfectly understanding why generations of people in Hunan province believed Heaven’s Gate was truly the realm of the gods.

Music for me has always been a panacea for many of my ills and it seems one many others share judging by the latest Apple ad on television and the success of the show The Voice.

No wonder iTunes was so successful for Steve Jobs, the genius of our business age for so long. 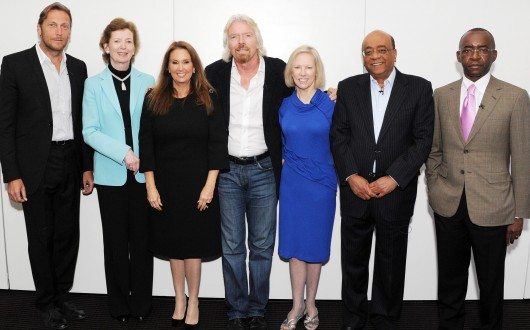 We were all saddened by his loss last year, but now one of his great contemporaries is stepping up and taking centre stage, one who is a leader to be admired; England’s master of modernity, Richard Branson.

What he has to say always has an impact both personally and professionally for me and my sons.

His five tips for success in business are all about common sense, and as my youngest son said when I shared them recently, ‘I like the positive attitude…. words to live by’.

Richard Branson working with a group of colleagues, has recently created a ‘B’ Team, a global social profit company that will investigate ‘… a new way of doing business that prioritizes people and the planet alongside profit’. He plans to do this by listening, learning and sharing with others. Admirable.

Feeling considerably revived I looked to other stories coming in thick and fast, such as anticipating the glorious sounds of music including David Hansen’s Jason in the wonderful Il Giasone by Cavalli for the Pinchgut Opera later this year.

Then there was the grand finale of The Voice on Channel 9 with 18 year old Harrison Craig, whose voice and story had captivated the nation, won a well deserved victory.

Luke Kennedy, the young popera star, was runner up and is also sure to go onto great things. 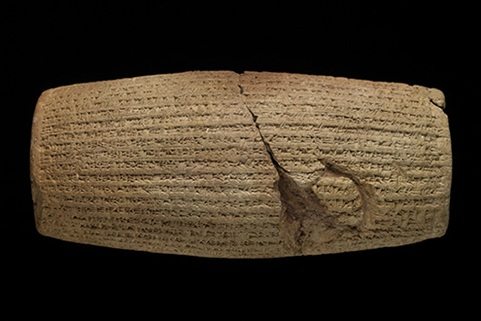 There will be many uplifting moments I am sure when the British Museum goes global soon via 79AD (Vesuvius and Pompeii), showcasing its spectacular Pompeii exhibition that is on in London now.

This will happen in August in Australia at a cinema near you!

As an old archaeology buff I will be one of the first in the door.

News that the Cyrus Cylinder, that surviving icon of human rights from the ancient world, had finally reached The Met in NY on its tour of America has also meant re-visiting my earlier story about its importance in the grand scheme of things.

It celebrates the legacy of a liberal and enlightened ruler who lived six centuries before the Christ event. Good News also from the Art Gallery of NSW where its Director Michael Brand has been preaching the Gospel according to American artist Ed Ruscha, who moved beyond the mainstream of Pop art, choosing a bold, sweeping historical typographic style for what is a culturally loaded subject. The gift of this special work by the Art Gallery Society celebrates his appointment.

Back on track, as part of our June Bride focus Fashion Editor Jo Bayley reminded me that she had turned up top tips for beautiful bridal bouquets, via an interview with the acclaimed Sydney florist Susan Avery. Jo offers up a piece on wonderful dress choices for the bride, and this week’s column contains more tips for the bridal party, highlighting hair and make up.

It’s all happening in her column, Fashion Elixir each Wednesday and she has gained a great following.

My main topic of conversation this month has been about re-visiting and re-evaluating the sacrament of marriage, from past to present, including the debate on marriage equality, which I wrote up last year.

Historically I have also looked at the evolution of the ring and it’s symbolism as an enduring circle of love and what that means for us all.

In summing up this missive if we reflect on love for a moment, surely we cannot expect to enjoy having love in our own lives without respect for our society, its codes of behaviour, our culture and ourselves. 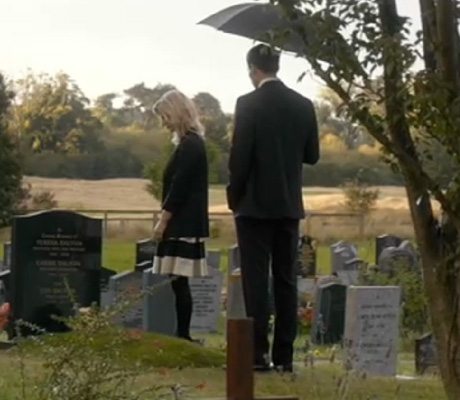 To close off the week that many believe is one to forget I again received a jolt, which made me change my thinking that perhaps it was one we really need to remember.

This happened as I watched the season finale of Series 16 of one of my favourite ABC television shows for years, Silent Witness….spoiler follows!

The week was summed up perfectly for me in its final moments when I was left, like many other people who are long watchers of this excellent drama series, gob smacked dealing with the shock associated with the death of its most enigmatic character.

It brought love, and aspects of it explored during our month about marriage, back to the forefront of my mind.

I could not but help but reflect on the brilliance of the scriptwriters Dudi Appleton and Jim Keeble who had provided Dr Nikki Alexander’s character with the most moving eulogy of fine words about, and for her colleague Professor Leo Dalton at his funeral.

Nikki Alexander remembers what Leo Dalton, who was a brilliant forensic pathologist, taught her about the dead and the living. She poignantly observed ‘his interest in death was in what it could teach him about life… I don’t know what I will do without him, but the truth is we aren’t without him… for that’s what life after death means – that you give so much of yourself while you are here to the people you know, the people you love, the people that need you, whether you know them or not, that you do not die, you cannot die…

… there’s far too much of us that remains… but what will survive of us is love’.

Alfred Steiglitz, (1864-1946) is often called the father of modern photography, because of his commitment to having photography recognized as an art form. Camera Work was one of the greatest accomplishments of Steiglitz in his mission to bring the level of photographic art in the United States up to the…