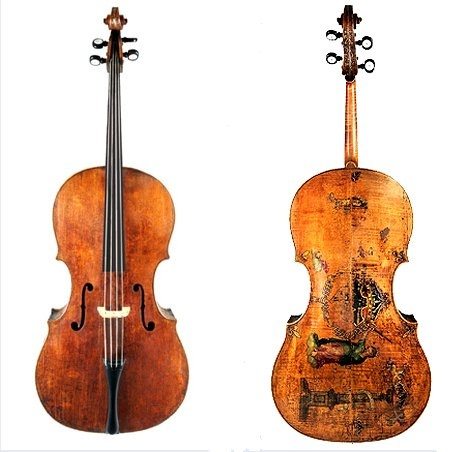 In the André Mertens Galleries for Musical Instruments at The Metropolitan Museum of Art in New York, the world’s earliest known Cello goes on show for the summer from June 11, 2015. The earliest surviving bass instrument of the violin family, it was made by Andrea Amati, the founding master of the violin-making tradition of Cremona in Italy.

The National Music Museum in South Dakota is sharing the ‘Amati King Cello’, one of 38 stringed instruments made in the sixteenth century for use at the court of King Charles IX of France (d. 1574). A son of Catherine de Medici, Charles did not ever enjoy good press, preferring hunting above all other things even writing a book on the subject. The King Cello does however refer to its royal commissioning so perhaps he couldn’t have been all bad, or did his mother have something to do with it? The cello is painted and gilded with the royal emblems and mottoes of Charles and his mother, Catherine de Medici, with gilded letters spelling the workd PIETATE (piety) with IVSTICIA or Justice on the treble side.

The Letter K in the centre rib signifies Charles IX as ‘Karolus’. The Cello is on show in an installation designed to honour Andrea Amati, his sons and grandsons.

There are two additional instruments by Andrea Amati also on show with the King Cello, including an early viola (pictured) on loan from the Sau Wing Lam Collection and a violin ca.1560 from The Met’s own collection. The so-called Kurtz Violin is made of Spruce, Maple and Ebony and was the bequest of Robert Alonzo.

Amati defined the early violin’s elegant shape, setting a standard for craftsmanship that influenced so many other makers. It was thought to have been part of a musical instrument wedding present to Phillip II of Spain and Elisabeth of Valois in 1559, with just traces of decoration left similar to one at the Musee de la Musique, Paris that has links to Catherine de Medici too. 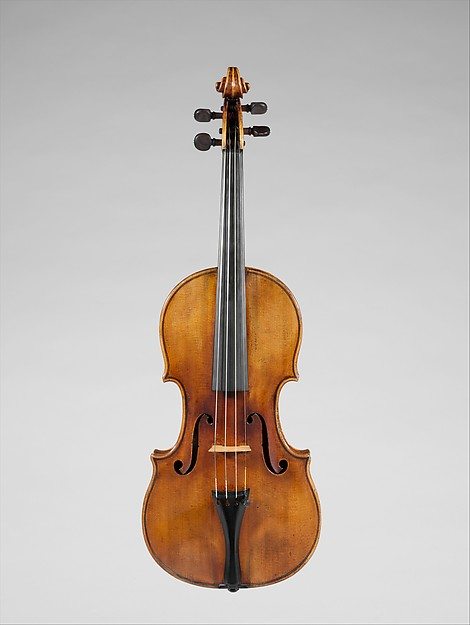 The gallery itself features many string instruments created by Amati’s heirs. This includes members of the Guarneri family and the renowned Antonio Stradivari (c1644-1737) who were so influenced and inspired by Amati. In 1694 with his Francesca Violin, Stradivari experimented with a longer and narrower body outline. The names of all these makers of musical instruments rank alongside the great composers today. For many musicians in our age performing on early string instruments is a dream come true. The beauty of the tone, the range of dynamics and the possibilities of tonal nuance are unsurpassed, unique for the sound qualities they produce, they are still drawing crowds to listen to classical music, many centuries later. The Amati King Cello now on show at The Metropolitan Museum of Art in New York.

AA&ADA Melbourne Antiques Fair 2014 offers a range of antiques and art from around the world for interiors personal or professional, traditional or contemporary