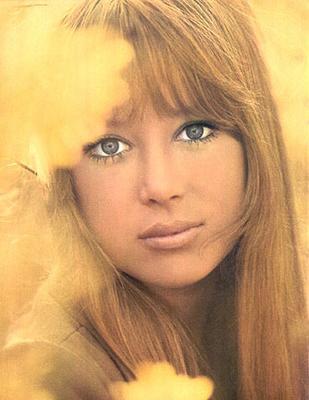 Gazing at the US Vogue February issue, I was struck by cover girl pop singer Taylor Swifts amazing resemblance to a young Pattie Boyd.

Boyd was, and is the beautiful woman who inspired Beatle George Harrison to write “Something” and “I Need You”. She is also the subject of” Layla” and “Wonderful Tonight”, both by Eric Clapton.

Imagine having not one, but four of the most beautiful love songs ever written about you. We mere mortals can only imagine.

“Something ” is my favourite, so beautiful.

Delving into the pages, the stylist definitely had used her as an influence. 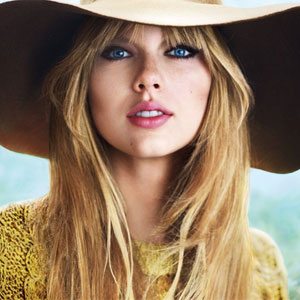 I love a fashion story that uses rock muses as an influence. There are so many fabulous women to choose from, all beautiful and inspiring in their own way.

The perfectly groomed blonde amazon embodied the stylised glam rock ballads that were their trademark. Her look is being copied today as fashion revisits the 80’s (see Fashion Elixirs Studio 54 story). December’s French Vogue cover was graced with what looked like David Bowie in his “Ziggy Stardust” period, but on closer inspection was Kate Moss.

Perfect choice, Kate is a chameleon and arguably one of the most successful models of our time. She has inspired many a bad boy rocker from Johnny Depp to Pete Doherty.

Kate has also been an album cover goddess for Bryan Ferry, featured on “Olympia” his 2010 release. Now married to Jamie Hince guitarist with “The Kills”, she is the epitome rock star style. Bryan Ferry sang at their wedding(sigh)! Marianne Faithful is another amazing woman. She is said to have influenced many a “Rolling Stones” song including “Wild Horses”.

That has been a debate for Stones fans, and personally I believe it was Keith Richards line.

He was writing it for his newborn son Marlon, with his then partner Anita Pallenberg. She is another famous muse, starring in the 1968 cult hit “Barbarella” with Jane Fonda. Either way its a special song and another favourite of mine! Then there is Jane Birkin, muse to Serge Gainsbourg for thirteen years.

We continue to feel their influence in style and fashion today. Just look at model/presenter Alexa Chung and singer Lana Del Rey who describes her look as “Nancy Sinatra Gangsta”. They have borrowed looks from these ladies and we love it. Leather and lace, faux fur and lurex all embody the style. Think of the gorgeous Debbie Harry, lead singer of Blondie, who I would say is my personal rock star influence.

From her early days wearing then unknown designer/artist  Stephen Sprouse (who Marc Jacobs went on to use his graffiti print at Louis Vuitton) at NYC club CBGB’s to rocking the stage at 65, you can see many a young starlet channeling her look.

What sets Pattie, Jerry, Kate, Marianne, Debbie and Jane (who Hermes named the iconic “Birkin” bag for) apart? Yes they are all beautiful women, maybe not in the conventional sense, but they all have “IT”, a certain je nais se quai.

Yes they have all dated famous men, but I think these women have a strong sense of self, they march to the beat of their own drum. They all went on to forge successful careers in their chosen fields, be it acting, singing or photography.

Being comfortable in your own skin is one of the most attractive things a person can be or do. This is why I think they are emulated so often. Their style is not perfect, therefore, I think much more attainable.

So next time you are getting ready for a big night out, think about what is playing on the stereo then take a look in the mirror. Who is your muse? I would love to know!

PS Enjoy my favourite song The Beatles “Something”

An eighteenth and nineteenth century English gentleman’s broad ranging education, went hand in hand with an improvement in wine processes and a distinct desire to appreciate wine for its own sake and it became a subject for serious study. Connoisseurship became an important concern and men’s clubs devoted to pursuing…