The bonds of family and a love of life and music are important aspects of the success of siblings Australia’s favourite guitarists, Slava and Leonard Grigoryan. They have breathed new life into traditional classical guitar works, taking the genre to a high art form in Australia and helping to raise the bar to all new heights of excellence on the international scene. 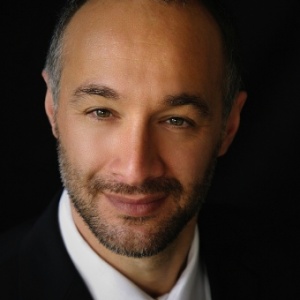 The Grigoryan Brothers make marvelous Latin music with all its passion and beauty all brand new, especially when combined with the glorious rich resonating voice of Australia’s premier baritone José Carbó in a concert to be held 12th November in Sydney at the City Recital Hall.

Carbó has created the concert as homage to Argentina his homeland, showcasing some of its most beautiful and popular music given to him by his grandfather Argentina is so much more than a tango, for which the country has become renowned, the second largest country in Latin America and the largest speaking Spanish one, inherited from its colonisation of the fifteenth century. From a folk music base Argentina has developed gradually over the centuries with its European and Indigenous influences fusing together in a unique sound.

Works played and sung by the trio will include the well known Granada, a song written by Mexican composer Agustin Lara, Argentine tango composer Astor Piazzolla’s Ave Maria, as well as works for tango such as Caminito and Mi Buenos Aires Querido.

Makes me want to shout Ole!

The key message of Christmas is about giving and unconditional love so don’t forget to help the homeless, whose Christmas will be hard. We have packed Muse News full of articles and conversations and there is a great deal of reading on our web site for the holiday season. Merry Merry