Napoleon Bonaparte on the Bridge at Arcola by Jean-Antoine Gros - An inspiring leader, his men were empowered by his words and followed him to the ends of the earth

Napoleon – destiny, power and passion – the legend comes alive in the Melbourne Winter Masterpieces Exhibition 2012 at the NGV (National Gallery Victoria). The show Napoleon: Revolution to Empire runs from June until October during which time huge crowds would have examined a blockbuster panorama of French, art, culture and life from the 1770’s to the 1820’s, the age of revolutionaries and romantics. Napoleon saw love in the same context as tragedy not as romanticism, which he disliked. This was a paradox as his spectacular rise from provincial second lieutenant to Emperor was to inspire the later Romantics; their central belief that nothing is impossible to man, which he provided living proof of.

The latter years of the eighteenth century and the early nineteenth century in England, Europe and America was a period of extraordinary political change, of scientific discovery, dazzling artistry, literary excellence, military milestones and political and social scandals. This world was defined by a powerful sense of social trauma, economic crisis and gathering political anger. Men dominated this period and looming large on his famous white horse was Napoleon Bonaparte, the Corsican born military genius that became a French Emperor. Images of him by the French history and neoclassical painters Jacques Louis David and Antoine-Jean Gros, have become almost as famous as the ‘petite corporal’ himself. This extraordinary age had an engaging cast of characters. It was also an age in which serious government reforms were achieved, including the abolition of black slavery through the efforts of English idealist William Wilberforce. 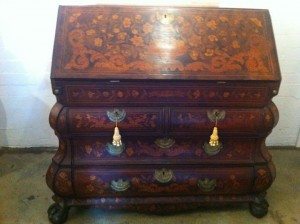 This show brings to Australia for the first time, hundreds of objects of breathtaking opulence and luxury including paintings, drawings, engravings, sculpture, furniture, textiles, porcelain, glass, gold and silver, fashion, jewellery and armour.

The superiority of any court in Europe at this time was visibly expressed by the production of magnificent buildings, with precious tapestries and exquisite collections of paintings providing a backdrop, if you like, on which the high drama surrounding monarchies was enacted. Without a proper stage it was difficult to perform expected rituals of power. When Napoleon came to power in France he was aware of all those whose livelihood had been provided by manufacturing the ‘trappings of power’ for the previous century under the influence of the French Kings, their mistresses and Consorts. He continued a court style reign as Emperor, he always said, in order to keep them all in work. 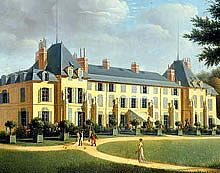 It was in direct contrast to the life he normally lived, on horseback, on campaign and on the battlefield.  The Chateau at Malmaison nearby to Paris that he shared with his first wife Rose Josephe, whom he called Josephine, became a central focus for the ‘Empire Style‘. Its interiors were provided by Grand Prix winning architects Charles Percier and Pierre Leonard Fontaine. The age of Napoleon was certainly one of the greatest productive epochs of imaginative literature ever. Poetry, novels, essays, diaries, confessions, letters and memoirs poured from the printing presses.

They included Napoleon’s letters when on campaign, and on his expedition to Egypt. Napoleon Bonaparte went to Egypt because he believed he had been given the opportunity for a great civilizing mission, one where he could teach as well as learn. This appealed greatly to his nature.

The earliest record of any traveler to Egypt was that of Herodotus the Greek historian who visited in 450BCE. In 30BC Roman geographer Strabo sailed up the Nile as far as the first Cataract. He devoted an entire book of his Geographica to a description of this land. In the 1st Century AD Greek historian, biographer and philosopher Roman Ploutarchos (c46 – 120) known as Plutarch, also traveled to Egypt, inquiring into its religious beliefs. From then on it plunged into obscurity in the west.

Throughout the middle ages merchants, often Venetians traveled to Cairo, but it was not until 1589 that an unknown merchant wrote the earliest surviving account of a journey to Upper Egypt. In 1638 John Greaves an English astronomer visited the pyramids at Giza and performed the first accurate measurements of its monuments. Council Chamber at Chateau Malmaison where Napoleon Met with his Generals

Napoleons’ expedition included Baron Dominique Vivant Denon (1745-1825) a gifted young draughtsman and engraver, with a taste for adventure who was an impassioned collector of Etruscan vases, prior to becoming an enthusiastic Egyptologist. Pierre Joseph  Redoute (1759-1840 the flower painter, who was patronised by successive French courts from Louis XV to Louis Phillippe and recorded Josephine’s flowers in her greenhouse. Hundreds of other artists, including poets, talented scientists, scholars and linguists also went along and changed the course of history.

During his 14 months in Egypt he suffered victories, defeats and deprivations, whilst loving the land and the way of life. Napoleon means “lion of the desert’ and he took to it like some men take to the sea, the Spartan side of his character responding to the simple way of life. At the Battle of the Pyramids in 1798 Napoleon delivered his famous words ‘Soldiers, forty centuries look down upon you”.

Most writings on taste at this time were not exclusively concerned with man made objects, but nearly all discussed the way in which nature provoked feelings akin to viewing a superb work of art. This succeeded in creating a whole new genre, which writers on taste and the arts such as Irish statesman, author, orator, political theorist and philosopher Edmund Burke (1729-1797) had called ‘works of the imagination and the elegant arts’. 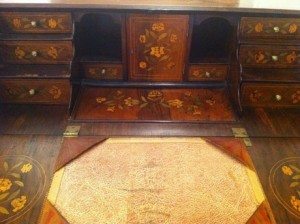 On St Helena where he was in exile during his final years, he continued to write to all the heads of Europe on his Desk which incidentally is in Australia, where its story from St Helena to Sydney is worthy of a smile. Looking back from our own time in retrospect it is very easy to think generally of European culture at this time, and perhaps English and French culture in particular, as just a fabulous collection of wonderful objects, outstanding artifacts and beautiful country houses and Chateau with glorious gardens. And indeed it was all of that, but it was also more. Here was a social group of very influential people who truly believed that  ‘correct aesthetics’ were necessary outward signs for how their society worked socially within.

They wanted to convince each other that their view of nature, in particular, was directly associated with the virtuous lifestyle they led. It was still only one aspect of an intellectual pursuit that included expanding knowledge of the sciences, as well as mastering and appreciating the techniques associated with the performance and enjoyment of music.

An appreciation of nature was also given visible form in great greenhouses and conservatories full of plants being propagated by botanists, who were bringing them back from all the newly discovered far-flung regions of the world tending them constantly and carefully all the way.

Empress Josephine was instrumental in expanding knowledge of plants and horticulture at the Malmaison estate, where the mind, the spirit and the senses were equally stimulated by an ever-changing display of exotic flowers, shrubs and trees. 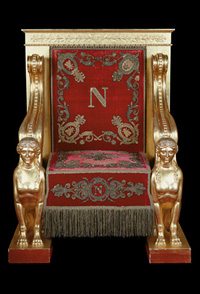 The show Napoleon: Revolution to Empire is sure to engage all observers, who will more than likely be completely overwhelmed at the magnificence and quality of the over 500 art works and objet d’art featured.

The show has been organized in partnership with Fondation Napoléon, who are lending many of their greatest works. The exhibition also features incomparable treasures drawn from Europe’s most important Revolutionary and Napoleonic collections, including Château de Malmaison, Château de Versailles, Museé Carnavalet and Museé de l’Armée in France, the Napoleon Museum Thurgau in Switzerland, and Museo Napoleonico at Rome. Co-curator will be Karine Huguenaud, Chargée des Collections, Fondation Napoléon.

Leader of the Australian Brandenburg Orchestra Paul Dyer is three parts musician, one part impresario, one part showman and one part musical detective. The sum of these parts is the artistic director of the orchestra he founded in 1989. The orchestra plays music from the 16th, 17th and 18th centuries…