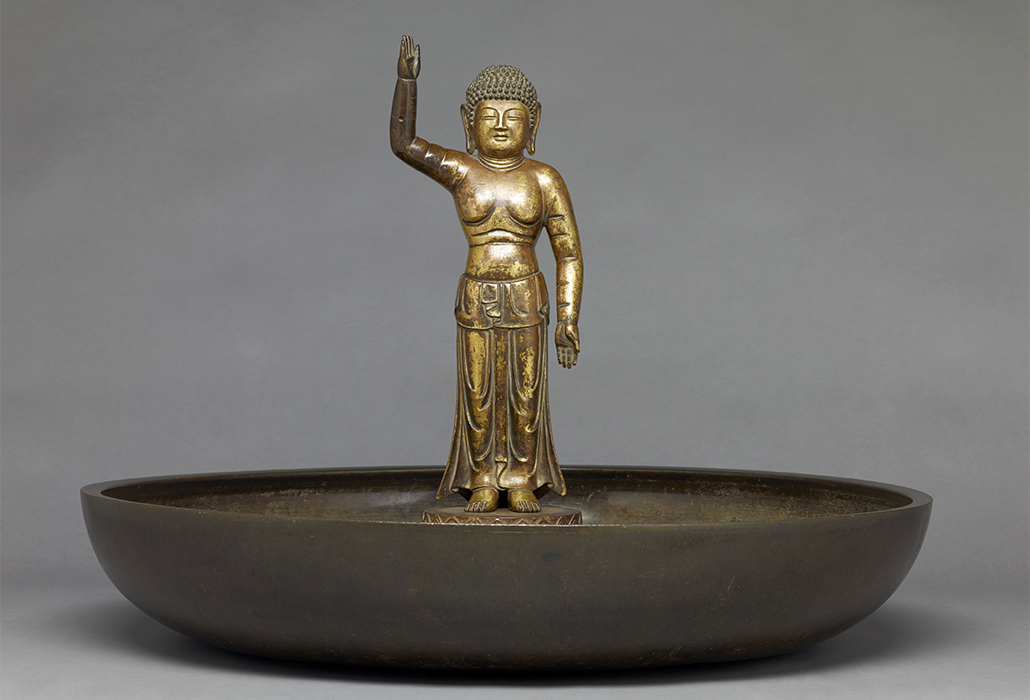 The British Museum, 3 October – 24 November 2019 will present a very special exhibition of some fifteen major Buddhist and Shinto sacred images. Dating 600 – 1300 AD they will be on loan from the Nara Prefecture in Japan, leading up to the Olympic and Paralympic Games (Summer 2020) as part of an important cultural exchange. The objects have never been in the UK before. 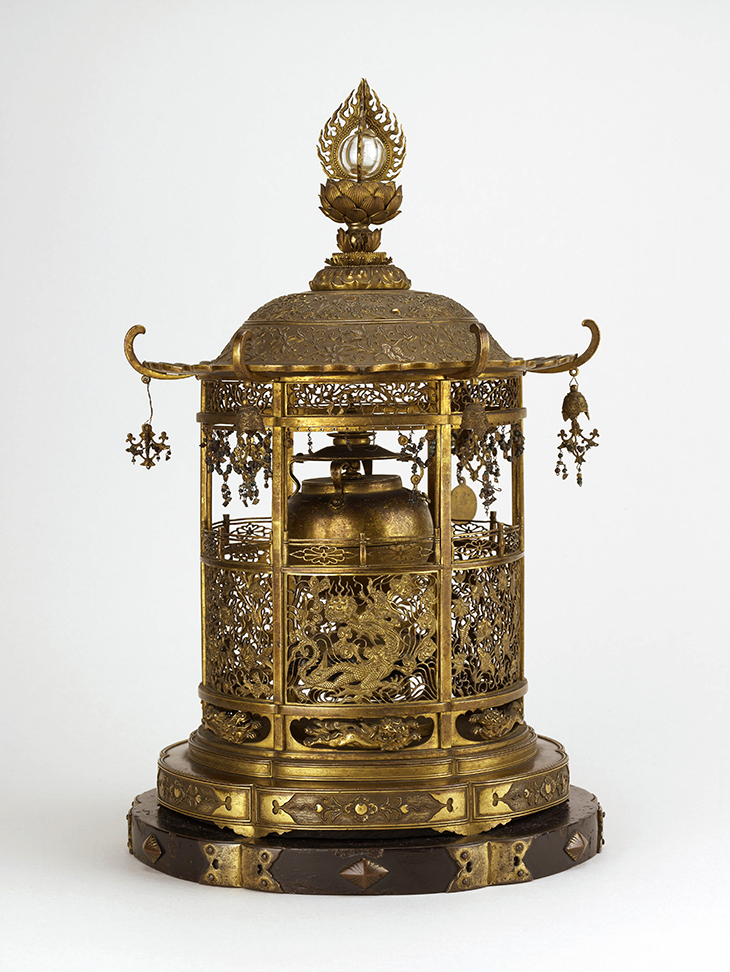 The objects on display for Nara: Sacred Images from Early Japan will include five ancient works considered National Treasures, with six others also viewed as highly important cultural objects.

If in the west, we endeavour to place our self in the mindset of Japanese culture, we would understand the virility of life and art lie in its possibilities for growth.

The roots of the Japanese symbolism are to be found in its Heraldry, representing a court and warrior society, as well as their duo of religions – Shinto and Buddhism.

In Japanese philosophy the outward was a vehicle for the inward, much the same as the Christian definition of a sacrament; one who mentally completed the incomplete would be able to discover true beauty. 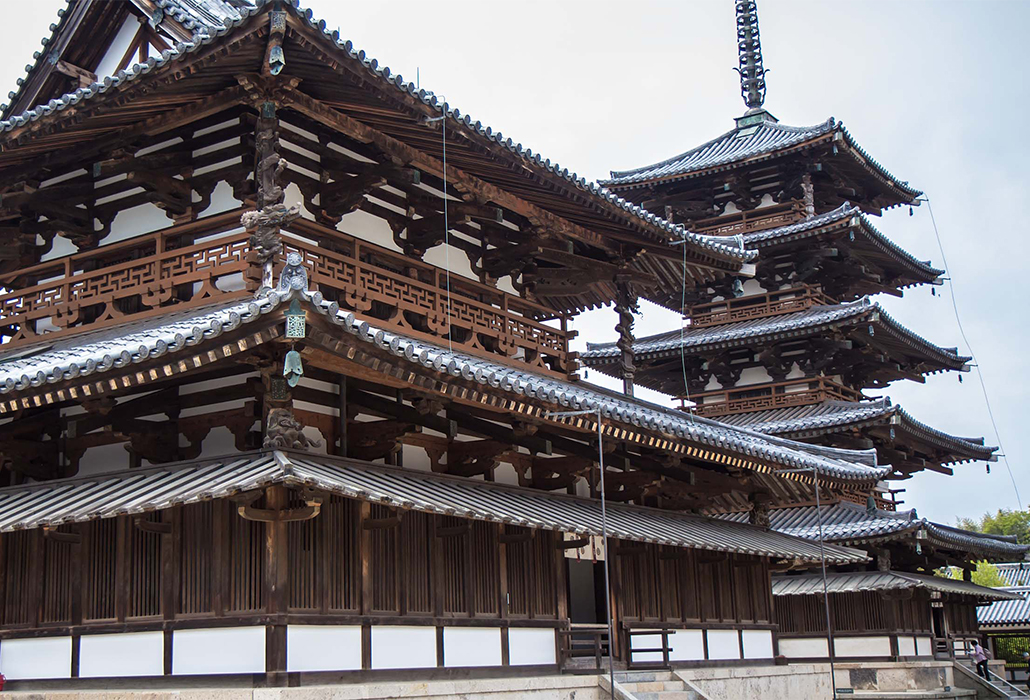 Buddhism believed holy places were not only man made temples, but also remarkable natural features, such as a waterfall, an impressive rock, a towering cliff or, in the beauty of a single splendid tree.

All of these had their own divinity.

They were also at the very essence of Shinto, or the Way of the Gods, the original and earliest Japanese philosophy and religion, whose intellectual and spiritual ideas ruled by the world of nature and formed a foundation for the creation of the earliest Japanese Gardens – fauna and flora representing heaven and earth. 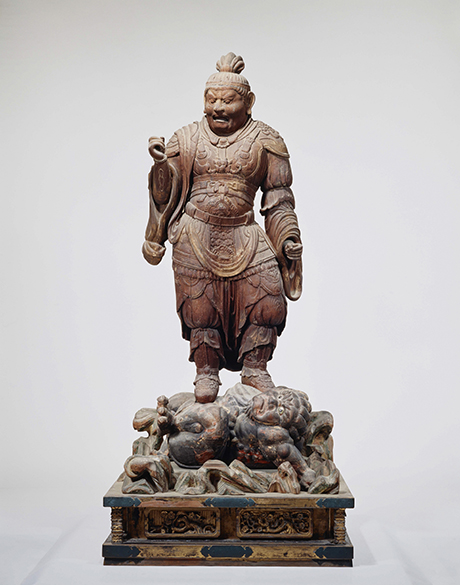 ‘… I am grateful the British Museum has created this opportunity to display Buddhist sculptures and Shinto art from Nara in Japan, so as to convey their beauty and spiritual essence. Japan’s ancient capital city of Nara benefitted from cultural exchanges along the Silk Road, creating the foundations for traditional Japanese culture. We hope people will savour this encounter with its deep roots’’

He believed in a life held in a balance between excess and denial. 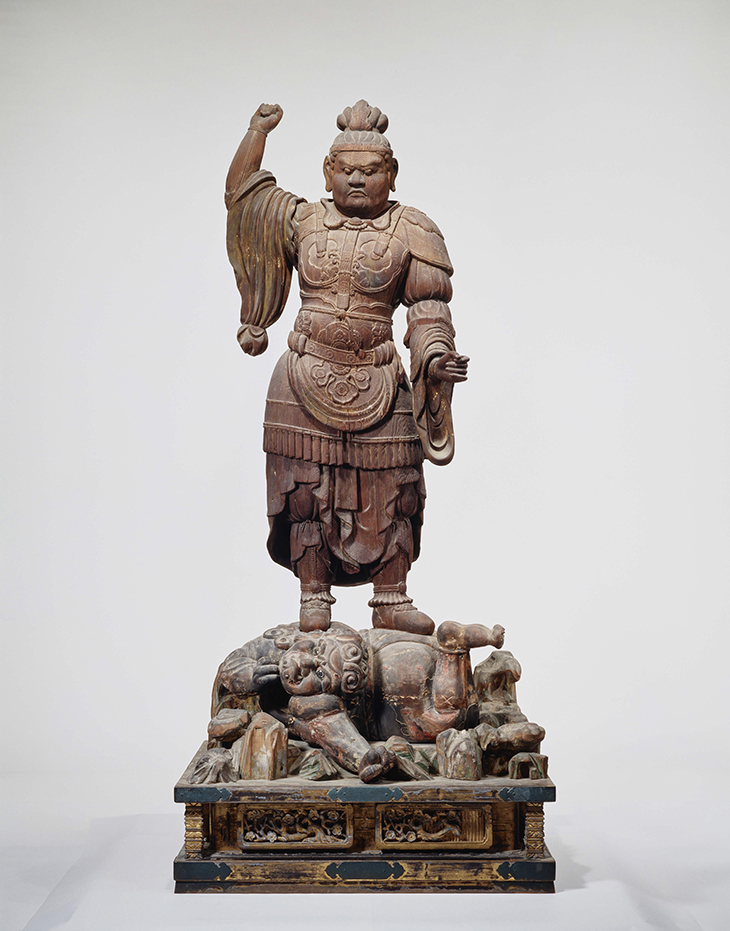 Gautama renounced his princely life and went on a quest to discover the causes of human suffering, becoming a spiritual leader and teacher, an enlightened man who became known as Buddha, which means ‘enlightened one’ or ‘the awakened’.

He believed all human suffering was the result of personal desires and advocated the way forward for all men was by making the desires of the world far less, until one rose to embrace a subliminal spiritual level he called nirvana.

The works will be displayed alongside Japanese and Chinese paintings from the collection of The British Museum. 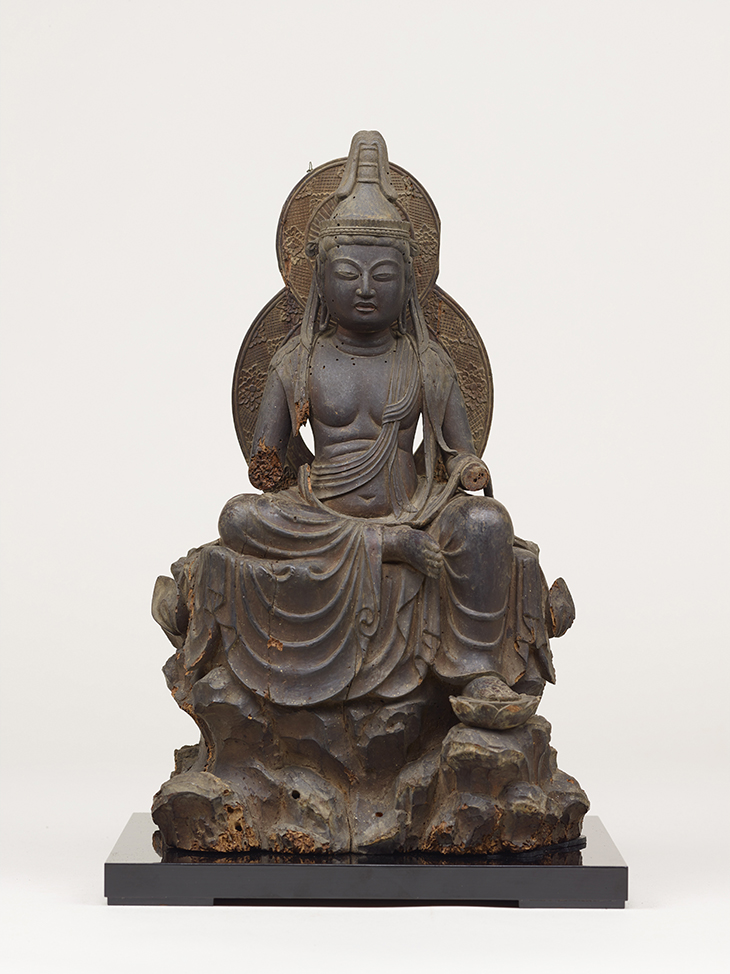 They will include the Bodhisattva, or Buddha of infinite Compassion, known as ‘Dream-changing Kannon’, Yume-chigai Kannon, National Treasure,  who is considered one of the most popular of all figures in Buddhist legend.

Dating from the early AD 700s, it has been loaned by the ‘Learning Temple of the Flourishing Law, the Horyoji temple completed in 607, once one of the powerful seven great temples in Ikaruga, Nara Prefecture. The temple is one of the great masterpieces of wooden architecture in the history of art, illustrating the adaptation of Chinese Buddhist architecture and layout to Japanese culture.

Its construction coincided with the introduction of Buddhism to Japan from China via the Korean peninsula.

Nara had an important role to play as the eastern terminus of the Silks Roads, along which trade and continental Asian culture, including Buddhism, came to Japan in the period from the AD 500s to the AD 700s, transforming indigenous society. 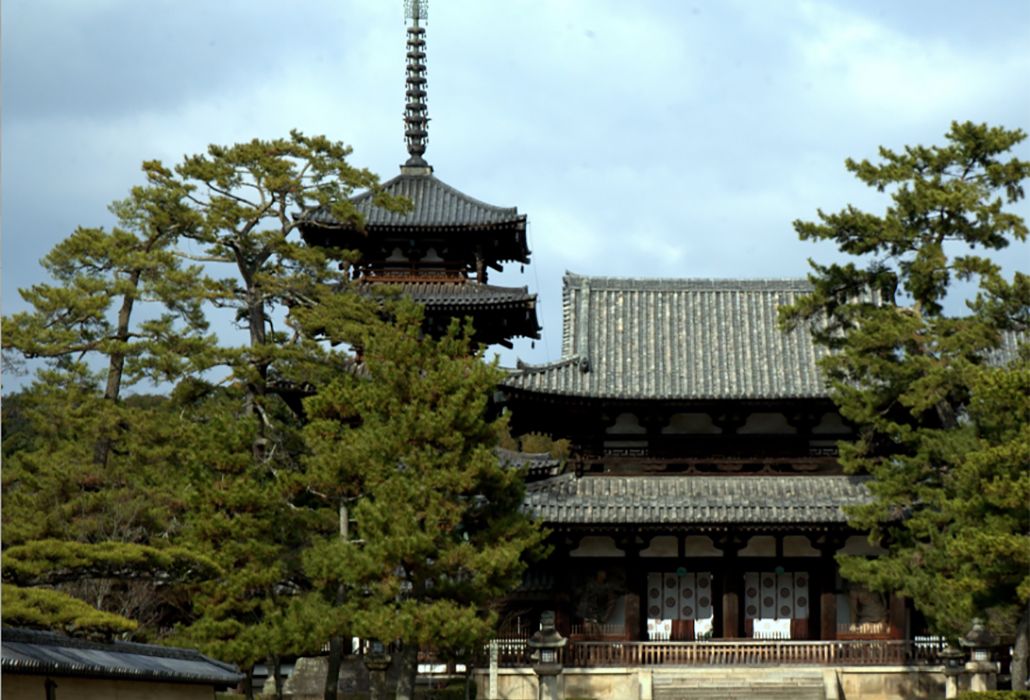 Buddhism in Japan was championed by Prince Shotoku Taishi (AD 574-622) at the Horyoji temple, near Nara.

During the period of the six dynasties, ACE220 to 580 the aristocratic and refined civilization of Southern China received influences from abroad including figural sculpture.

It came to be primarily concerned with presenting Bhudda in a form, which was then assimilated and slightly changed, in order to merge more readily with their own culture and its development. 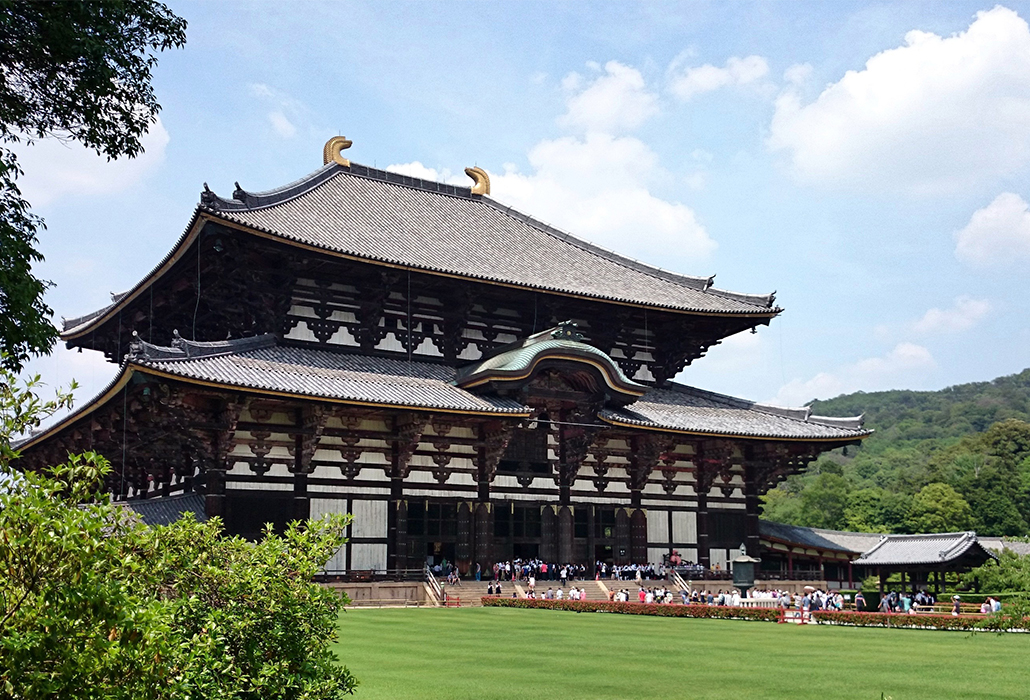 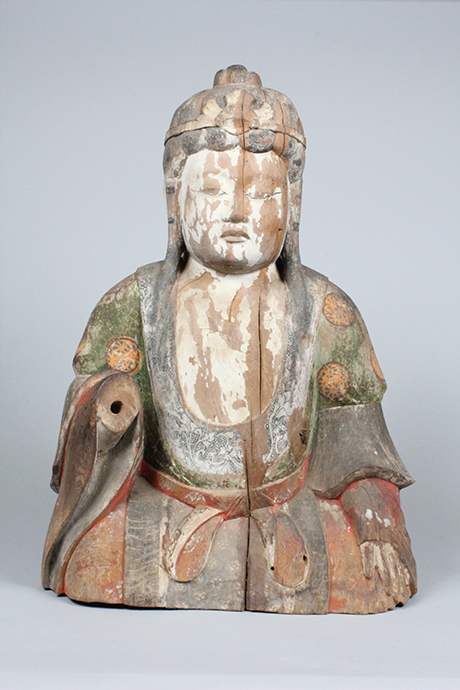 Founded in the year 738 although not opened until the year 752 AD, the year when Emperor Shomu (AD 701-756) dedicated the great bronze Vairocana Buddha, the Todaiji temple over the last eight centuries has been destroyed and reconstructed twice during its long history.

It remains an important symbol of Nara Prefecture today.

‘We are thrilled to welcome these rare Buddhist and Shinto treasures from Nara to the British Museum, where they can be enjoyed for free by visitors from all over the world, in company with the Museum’s own global collections.’

The Asahi Shimbun Displays are a series of regularly changing displays which look at objects in new or different ways. Sometimes the display highlights a well-known item, sometimes it surprises the audience with extraordinary items from times and cultures that may not be very familiar.

This is also an opportunity for the Museum to learn how it can improve its larger exhibitions and permanent gallery displays.

These displays have been made possible by the generous sponsorship of The Asahi Shimbun Company, who are long-standing supporters of the British Museum. With a circulation of about 6 million for the morning edition alone, The Asahi Shimbun is the most prestigious newspaper in Japan. The company also publishes magazines and books, and provides a substantial information service on the Internet. The Asahi Shimbun Company has a century long tradition of staging exhibitions in Japan of art, culture and history from around the world.