Detail column on the facade of Labassa, a National Trust property at North Caufield in Melbourne, where you can hire it to hold special events or attend them.

The Culture Concept Circle likes to report on what is happening around us, because we are Melbourne based in Victoria, Australia and seek to support local activities, as well as those nationally and internationally.

The National Trust of Australia is all about heritage in action and is represented in each state. Whatever state of Australia you are living in you can purchase a Membership and join into local activities. The income helps them promote the importance of retaining examples of our cultural  heritage as we advance rapidly into the future.

The National Trust Australia (Victoria) based in Melbourne is like all others, offering discounted admission to heritage properties internationally and free entry  in Australia. Members enjoy discounted entry to their local state events.

Raising funds through events is helping them in their objectives of conserving and promoting ‘Australia’s indigenous, natural and historic heritage through advocacy work and custodianship of heritage places and objects’.

It’s important to take on board the National Trusts of Australia collectively are non-government organisations. It means they are not in public ownership.

This is contrary to what most people seem to believe when I talk to them, but they are ‘not for profit‘, or what I call, social profit institutions. 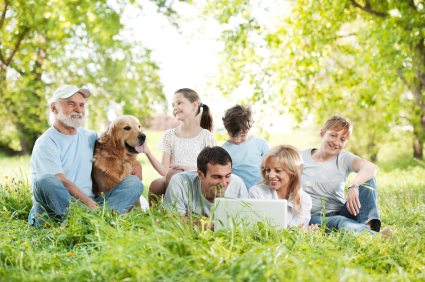 There are focused events for kids, families, groups and some for adults only too, and all are increasing in popularity. Check out their Website.

Apart from extra special tours of all properties, there is a myriad of excellent events, including a Pop Up Bar or Polly Pirate Days on the enchanting tall ship Polly Woodside on the Yarra.

There is also a Teddy Bear’s Picnic just for fun, and an exhibition embracing Love, Desire & Riches – The Fashion for Weddings and much much more.

Adventuring in Gardens and Music An initiative of the Friends of Labassa there will be performance from the Melbourne Winds and Melbourne Symphony Orchestra in the Drawing Room, which will precede afternoon tea. Stephen’s talk will follow.

This is a great event not to be missed. Stephen Read will asks important questions such as ‘ in the decades to come how will our landscape develop? Is it the end of the Aussie backyard or the beginning of a Green Renaissance? Labassa, North Caufield, Melbourne – held by the National Trust for the nation, supported by the Friends of Labassa

Stephen Read believes that ‘as our suburbs become increasingly urbanized we can no longer ignore the importance of green space to the livability of our cites and the wellbeing of the community’? After all greening society has historical and ancient precedents.

The history of sound and technology in landscape design is well documented. Ancient Greek theorists believed the entire cosmos vibrated with harmonies heard in music.

This was echoed in nature and all human interventions into its landscape in architecture therefore had to relate to the ‘scale’ of music and human body. Enquiries Bronwyn Worrall (03) 9656 9889 | Online BOOKINGS Here in Melbourne summer highlights include The Importance of Being Earnest at Como House, a ‘trivial comedy for serious people’ pursuing style a great ‘classic’ by popular nineteenth century Irish writer, poet and playwright Oscar Wilde (1854-1900).

It will be presented by Citizen Theatre from 22nd January through to the 1st February at 7:30 pm with matinees at 2:00 pm on Sunday 25th and Saturday and Sunday 31st and 1st February. Treat yourself! | Online BOOKINGS Barwon Park, held in trust for the nation, National Trust of Australia (Victoria)

At Barwon Park Love Desire & Riches – The Fashion for Weddings, you can view an exhibition of rarely seen costume, including celebrity gowns.

They have been designed for well known model Jennifer Hawkins (Maticevski) and Kyly Clarke (Alex Perry) as well as film and television pieces that were worn by Kate Winslet, Gwyneth Paltrow and Meryl Streep. will be fun with six fantastic activity areas that include treasure hunts, pirate classes, pirate movies, pirate games and an interactive quiz. 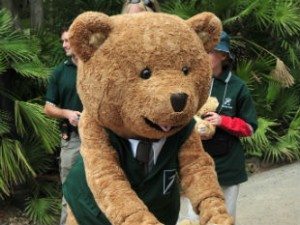 at Rippon Lea Estate… Dress up and celebrate the 25th Anniversary of this popular event. Bring your kids and of course your teddy bears to the beautiful Rippon Lea gardens in Elsternwick. Sunday 22nd February 2015. Online BOOKINGS Adults – Sip Cocktails on Friday nights at the Pop Up Mount Gay Rum & Cider bar aboard the Irish built 1885 tall ship Polly Woodside. She’s a reminder of Australia’s early days under sail, when sighting them on the horizon bringing supplies and new temptations to our shores for early settlers was an important pastime. Open 6pm-9pm on Friday 6th February and Friday 13th March 15 – Online BOOKINGS

Explore a Membership of the National Trust, giving you FREE entry to more than 800 hundred properties at home and abroad and discounts to all local National Trust events.

The National Trust do need to raise funds through sponsorship, gifts and benefaction if they are to carry out their objectives and pay a skeleton administrative staff. People need to be paid if they are unable to volunteer to deliver services.

Volunteers are considered ‘gold’ and are generally talented, hard-working, committed volunteers, who support the operations and maintenance of properties and practices, giving time and expertise without seeking remuneration.

Commerce is the system we all work under in our democracy. Support and images of its concepts come down to us from ancient times as reflected in the ‘caryatid’ on the entrance porch at the National Trust house Labassa at Caufield North in Melbourne.

They are a symbol at times associated with slavery, although despite speculation no one really knows their origin, or what are really about the evidence is conflicting.

They just speculate as I do when I say they echo the legend of Atlas, bearing the weight of the heavens on his shoulders, which at times must be how the volunteers feel when faced with difficult people. I think they all deserve a medal.

If you are in England the National Trust have a huge organization based in London.

Between England and Australia memberships are reciprocal, which means a considerable saving.

Presented by the National Trust of Victoria Friends of Labassa in winter June 3 – August 5, 2015 participants can join a course of study held over six Wednesdays.

It will be offered each side of a school term break, from 10:30 – 2pm with lunch included.

The course will be offered at night too if there is a demand.

Congratulations to the winners of the all-new Queensland Literary Awards, billed as the ‘coolest’ awards in Australia to win. Campbell Newman’s controversial decision for the government to shed the awards has only seen them rise like a phoenix from the ashes to now be among the biggest suite of awards…