Being cherished is about the best thing that can happen to you on planet earth.

Relationships where all the cherishing is one-sided, often runs into difficulties when trouble strikes. Trouble does call around in Richard Kramer’s new novel of contemporary family life.

These Things Happen and the cherishing lacking in the blend of second time around couplings, and the effect on the first time around child, ensures that it will change the course of what had been, at least on the surface anyway, a loving family group.

The story revolves around fifteen-year-old Wesley’s effort to build a meaningful relationship with his gay father, Kenny. ‘It’s  the tale of a modern family, set among Manhattan’s progressive, liberal elite, the adults all prominent in their professions, rearing their children to be the same, confident that nothing much can harm them, ever’.

An attorney who deals with gay issues, Kenny is the go-to-guy for the media on all things gay.

Divorced from Lola when Wesley was ten-years-old Kenny moved in with George, an ex-actor who now runs a restaurant.

Wesley lives with Lola who is married to ophthalmologist, Ben, a nice guy, who tries to act as a friend to his stepson rather than a father figure.

Lola decides it’s time Wesley got to know Kenny and he is packed off for a trial period to live with his father and George in the small apartment they share above George’s restaurant.

Richard Kramer writes in an intimate style; thoughts and conversations are narrated as if the reader is either present or privy to a character’s innermost feelings.

The story is told in named chapters as each character, including Wesley and his best friend, Theo.

They often muse or talk about the problems associated with life generally and more particularly, surrounding father and son intimacy. 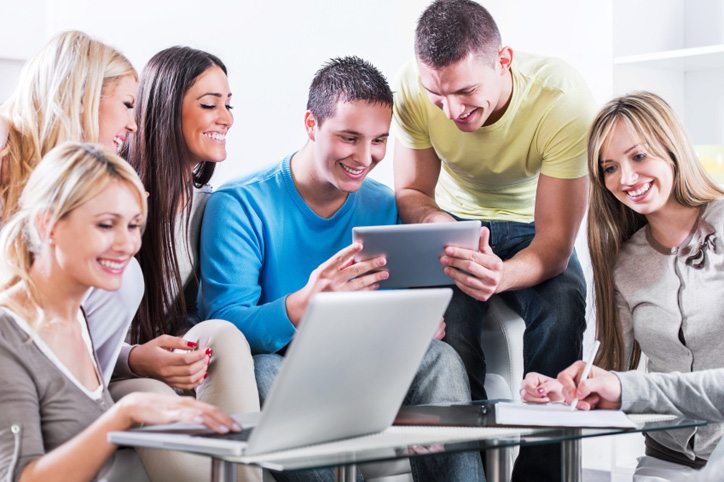 The father, Kenny, not wanting to face many of the issues, uses ‘call waiting’ (usually in excess of a hundred) as an excuse to short circuit conversations that touch on intimate issues with his son.

George, aware and distressed that Kenny doesn’t get it, with regard to his son’s need for guidance to chart the minefield of adolescence, does his best to act as an understudy mentor. Understandly he and Wesley develop a friendship based on shared interests.

Theo and Wesley’s friendship is tested when Theo, after winning a school election, publicly announces that he is gay.

Wesley, a thoughtful intelligent teenager, digests Theo’s unexpected news and concludes that nothing has really changed – Theo is still his best buddy whatever his sexual predilection.

Unfortunately, Wesley’s ‘no problem’ attitude is not shared by some of the other school students. A violent episode occurs which effects both boys and impacts badly on the family group. George, the hero of the piece, gathers them all together; Kenny, Lola, Ben and Wesley to resolve issues that have arisen around Theo’s ‘coming out’.

Lola, who has always espoused a ‘live and let live’ attitude to gayness, behaves like a vindictive dope; vilifying George, she reduces his group status to victim and alienates Wesley, who disappears.

Kenny, ineffectual as usual, doesn’t know what to do so that’s what he does – nothing.

George and Kenny’s relationship is in trouble; during the short time Wesley has stayed with them, George has begun to care for him, appreciating the smart funny boy who is fumbling his way towards becoming an adult.

He is upset by Kenny virtually ignoring his son’s need for reassurance and feels that Kenny does not value or cherish people close to him.

George tells Kenny how he feels and it becomes apparent to Kenny that if he wants to save their relationship he had better turn off ‘call waiting’ and attend to the needs of those who love him.

The conclusion to this very real, poignant and often laugh-out-loud story does not provide all the answers for modern living.

However it does give the characters an insight into their own failings and the hope that more understanding and intimacy will prevail for the group in the future.

For a first novel, These Things Happen, is a grand achievement.

My only quibble is that it was a little ‘wordy’ at times, mostly with the characterization of George. That said, this book is a valuable addition to literature that looks at modern life; the relationship problems included in the narrative are applicable to both gay and heterosexual family groups.