Fans of photography – the still image are advised to book a trip to Melbourne, Australia, pronto!

Melbourne is the place to be in March, with the opening of the NGV Festival of Photography. The festival will include an expansive series of contemporary photography exhibitions, featuring five stand-alone exhibitions as well as highlights taken from recent NGV photograph acquisitions, both Australian and International.

The five separate exhibitions will showcase works by William Eggleston, Bill Henson, Zoe Croggon, Patrick Pound and Ross Coulter, and each will provide a very different take on modern photography and its use as an artistic medium. Some of these artists utilise photography in a traditional sense, through a camera lens, while others are considered multi-disciplinary artists, working across sculpture, collage, digital as well as the photographic space. One of the headline exhibitions features work by William Eggleston, one of the leaders of 20th century photography, who is considered to have brought colour into the realm of art photography. Born in Memphis, Tennessee and raised in Mississippi, his first exhibition, at the Museum of Modern Art (MoMA) in New York in 1976, is thought to have proven that colour photography had arrived, and had been accepted by the highest validating institution. Eggleston’s work captured suburban life in America in vivid colour, and this exhibition is devoted to his portraits, of friends, of family and of strangers, forming a gritty portrayal of the 1970s and 1980s.

These images are on display at NGV International from 17 March 2017, having travelled from a showing the National Portrait Gallery, London, and is the first time an exhibition of the artist’s work has been shown at the NGV. Recent work by Australian photographer Bill Henson will also feature in the NGV Festival of Photography. On show at NGV International from 10 March, images created by Henson 2008 – 2011 illustrate further his journey – throughout his 40-year career – to capture the human condition. 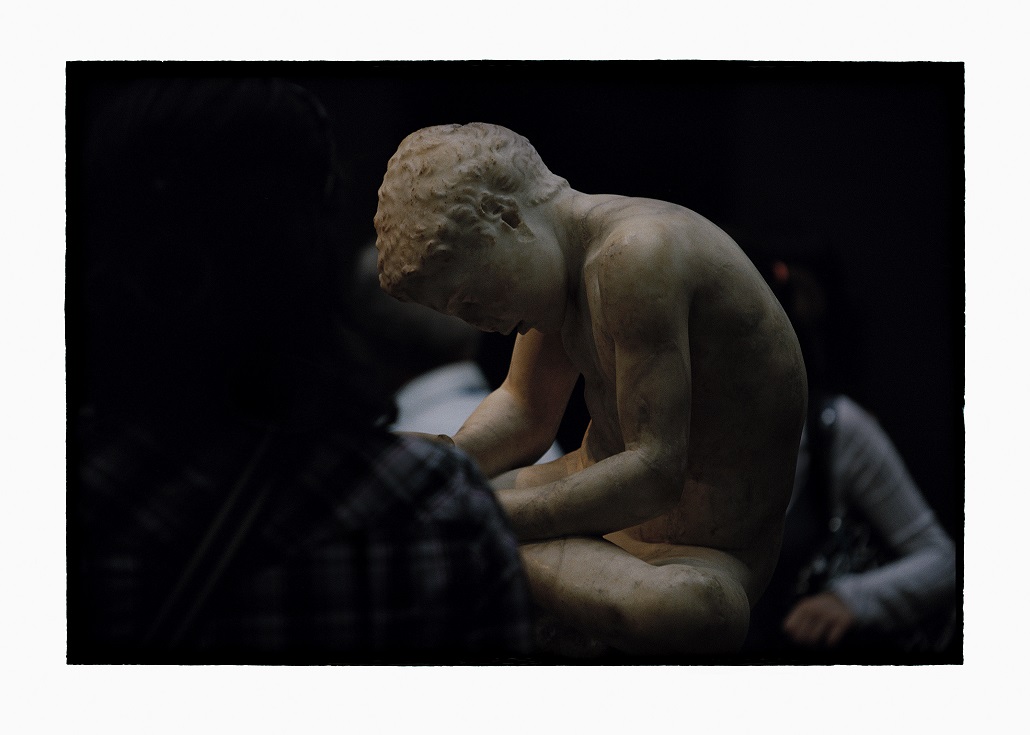 Henson regularly shows both internationally and in Australia, and much of his work has a dark beauty, an ethereal, at times sad, and otherworldly atmosphere. His extensive use of ‘bokeh’, the aesthetic quality of the out-of-focus parts of an image, lends a picturesque characteristic to the work, and will be seen adeptly in use in the photographs on display.

Presented on Level 2 of NGV International, amongst the 19th and 20th Century Art & Design Galleries, this exhibition of Bill Henson’s recent work will be a must-see of the Festival. Patrick Pound is a New Zealand born, Melbourne based artist who is concerned with collecting and displaying, in the ordering of objects and of systems. As Pound explains, ‘to collect is to gather your thoughts through things’. He draws from his expansive archives to playfully and poetically explore these ideas. Several new collections of Pound’s work, which he describes as ‘museums of things’, will be on display at the Ian Potter Centre from 31 March, entitled The Great Exhibition, and it promises to be a delightful and thought-provoking journey into the past, and into life.

There will be museums of falling, of sleepers, and of holes, and alongside these will be ‘museums’ of Pound’s work already part of the NGV Collection. By including these past pieces, the artist asks the viewer to reinterpret the works, and to question what it means to collect. Two further exhibitions are on offer as part of the festival, the first being Audience, a series of works by Melbourne-based artist Ross Coulter, on display at NGV International from 17 March. These pieces explore the experience of being an audience member, and of viewing an exhibition, and will show over 400 images taken at 79 different galleries and museums in Melbourne in 2013-2016, as well the results of a photoshoot where the photographer asked the subjects to pretend they were viewing a performance. The final exhibition is by Melbourne artist Zoe Croggon, who has been commissioned to produce a new body of work especially for the festival. For this she has drawn on her experience of studying dance and ballet to create an intriguing collection of pieces comprising photographs, videos and wallpaper.

Photo-collages merge the human body with architectural and natural images sourced from magazines, newspapers and books, resulting in a thought-provoking collection of works, at times striking, at times shocking and always stunning. This exhibition will be on from 17 March at NGV International.

As well as this abundance of exhibitions, there will displays of recent acquisitions by the NGV including images by many exciting photographers working today, such as Elad Lassry, Sophie Calle, Paola Pivi, Pieter Hugo, Danny Singer, Ceal Floyer, Lucia Koch, David Rosetzky, Polly Borland, Adam Fuss and Thomas Demand. The NGV Festival of Photography from March 2017 is a must-do event for every aficionado of the still image, and numerous return visits are likely to be required, in order to truly absorb the amazing variety of photography on offer.