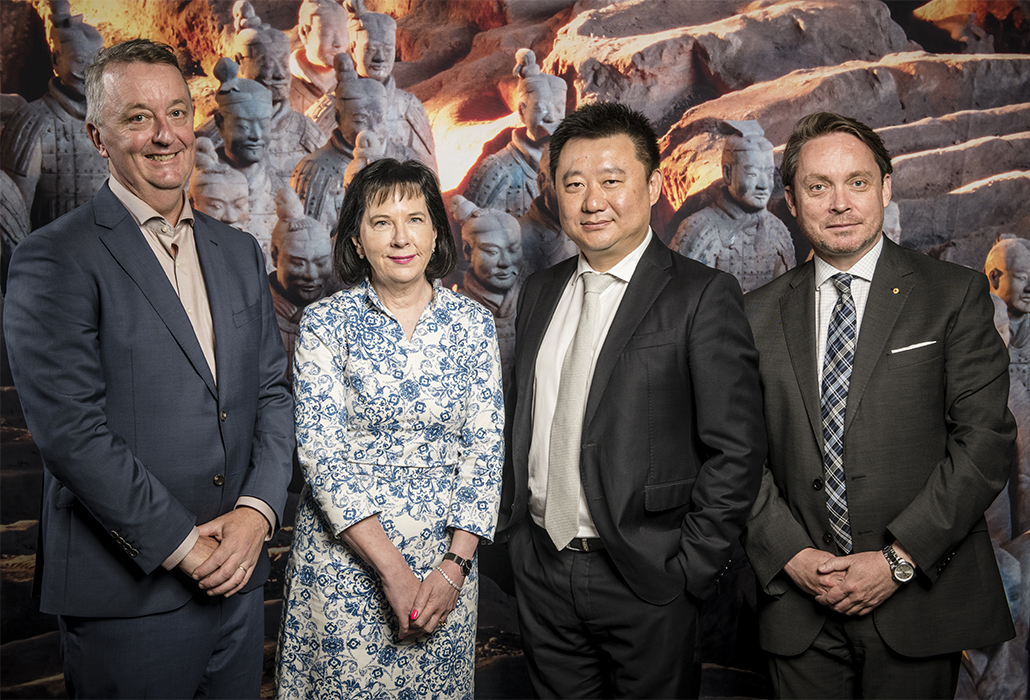 Melbourne Design Week, a city-wide presentation of contemporary design and architecture; plus, the Fifth Melbourne Art Book Fair and Winter Masterpieces Exhibition, were highlighted among others to be presented at the National Gallery of Victoria during its Autumn-Winter Season 2019.

NGV Director Tony Ellwood AM noted at the launch announcement, the shows “… reflect our commitment to presenting an ambitious and diverse program of art, design and culture from Australia and around the world” he said. 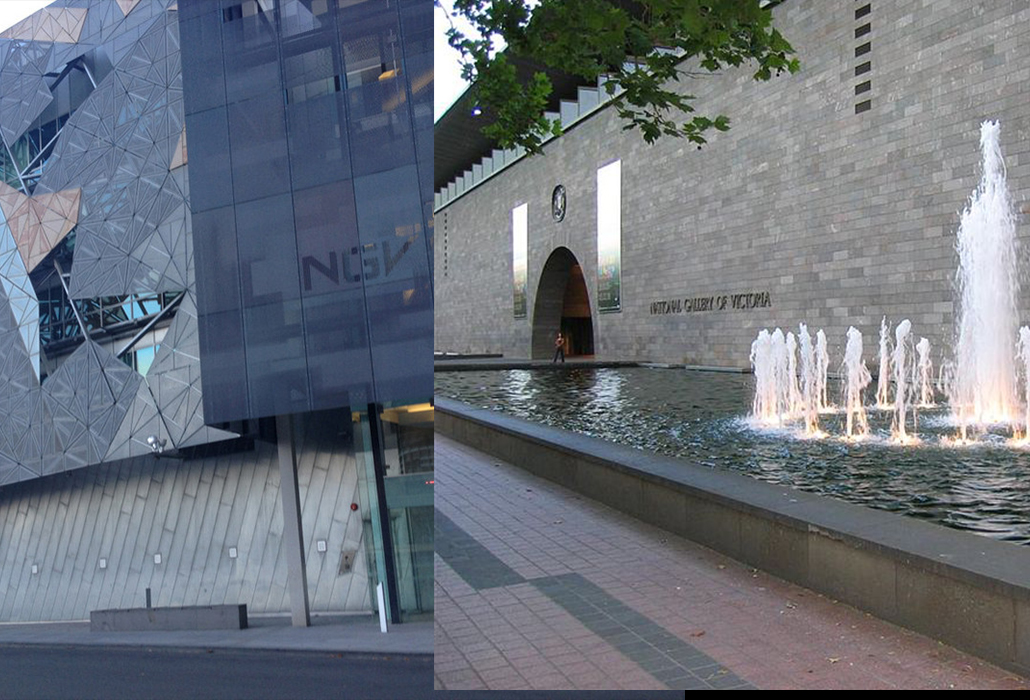 The extensive program will be delivered in two locations, NGV International on St Kilda Road, Melbourne and NGV Australia in the Ian Potter Centre at the cities favourite gathering place, Federation Square. An accompanying invigorating program of events, talks, lectures, festivals and critical symposia, featuring artists, designers and industry professionals will be a feature.

The Winter Masterpieces exhibition, Terracotta Warriors + Cai Guo-Qiang, will showcase a selection of the ancient Terracotta figures, which were excavated during the mid twentieth century from the tomb of Qin Shihuang (249 – 207BC) historically, the first Emperor of China. 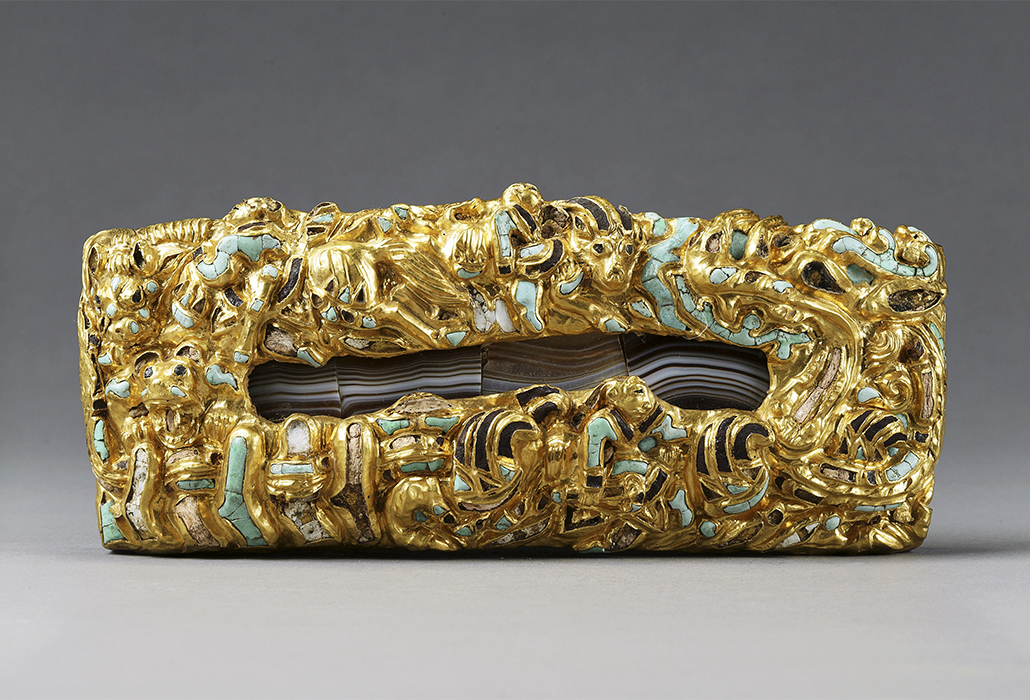 Chariots and horses plus other fascinating and quite beautiful items will also be showcased, set in parallel to an exciting and innovative display by acclaimed contemporary Chinese artist Cai Guo-Qiang. 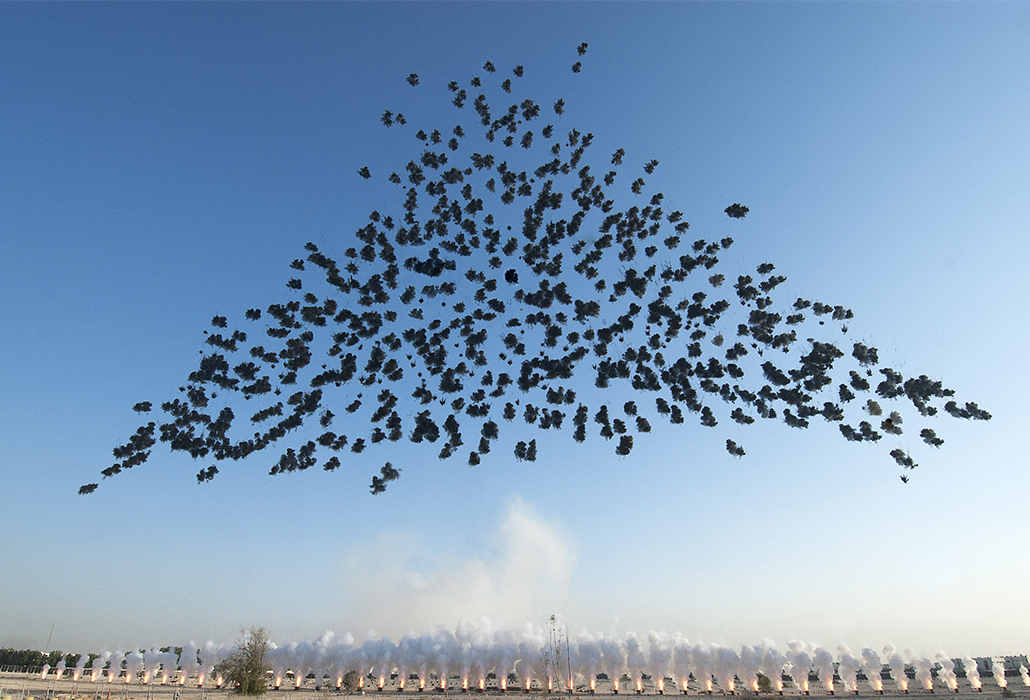 Cai Guo-Qiang: The Transient Landscape will see him creating all new artworks inspired by his home country’s culture and its enduring philosophical traditions, including a monumental installation of 10,000 suspended porcelain birds. 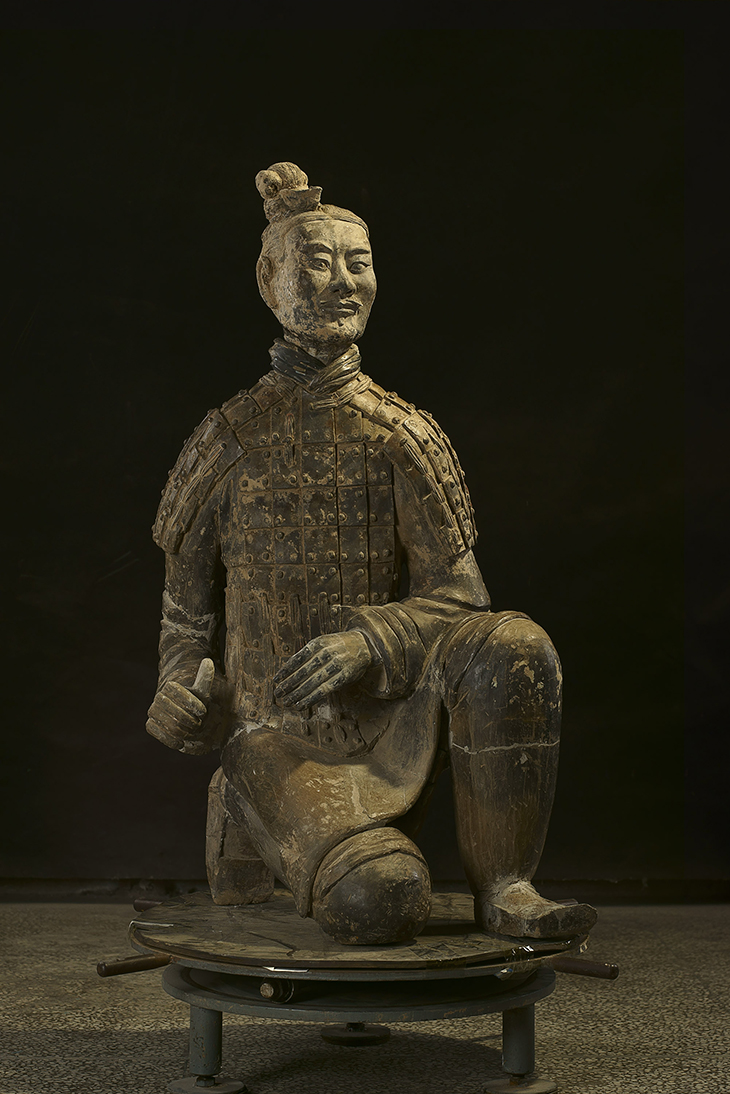 Rather than evoking the gloom of the underworld where the warriors came from originally, Cai Guo-Qiang will provide a modern setting for the warriors. This will allow a dispassionate platform for visitors to assess and discuss the ‘warrior’s’ role in the world of arts and culture today.

Spiralling over visitors’ heads, the birds will be sure to create a three-dimensional impression of a calligraphic drawing of the sacred Mount Li, the site of the ancient tomb of China’s first emperor and his warriors. 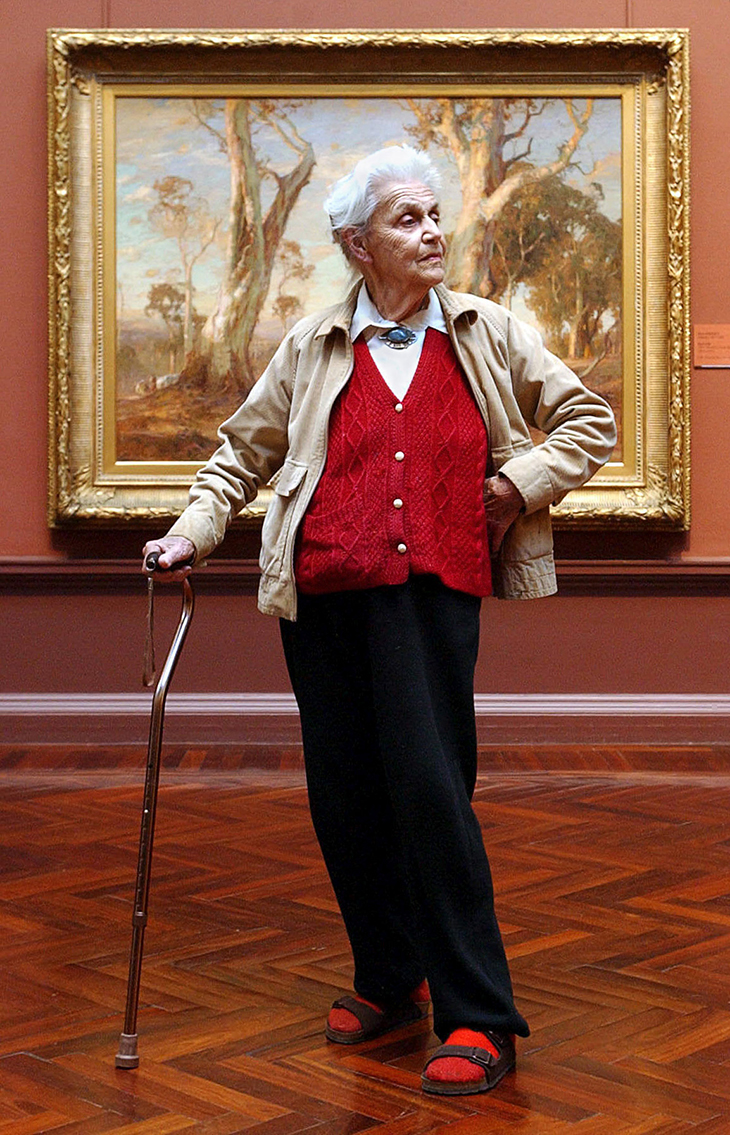 At NGV Australia a reflective retrospective of the works of Hans and Nora Heysen: Two Generations of Australian Art will be the first major exhibition to bring together the work of these two much- admired artists, a very talented father and daughter team.

Hans was a true master at representing the Australian landscape by wonderfully capturing its distinctive light, colour and atmosphere. His images came to play over time an important role in shaping the Australian national identity

Nora, Hans’ daughter, known as a painter of portraits and still life works was the first woman in this country to be awarded the Sydney Art Galleries prestigious Archibald Prize. 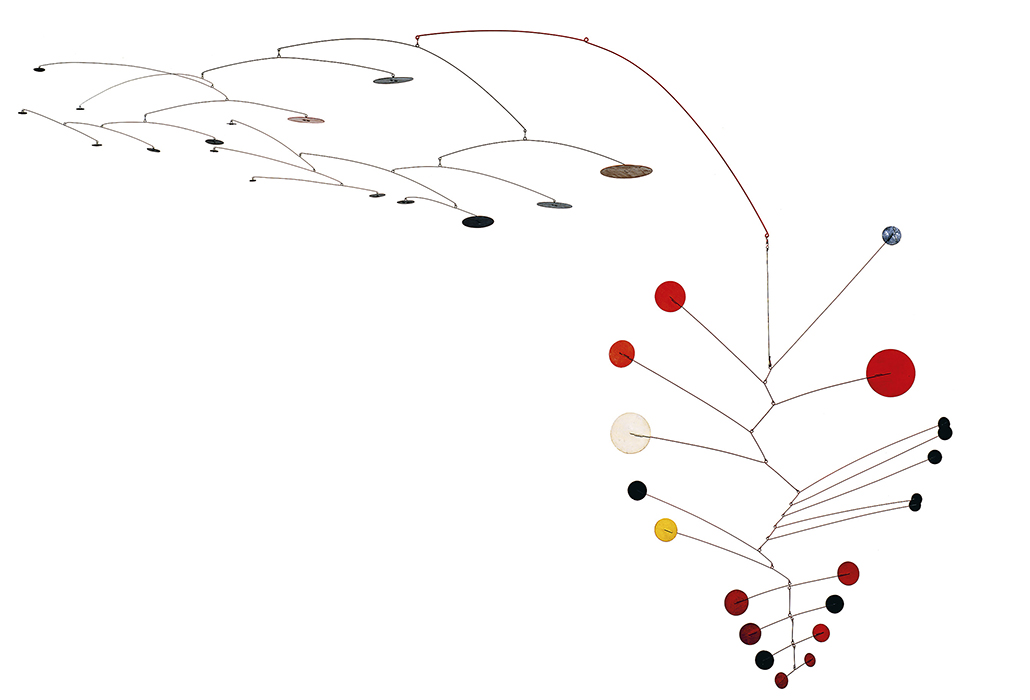 The never before seen show Alexander Calder: Radical Inventor will be another Australian first, featuring more than eighty sculptural and pictorial compositions by the contemporary artist

Calder is widely regarded in America as the pioneer of moving sculpture in that country and his famous hanging mobiles provide a rich overview of what is a unique artistic practice. 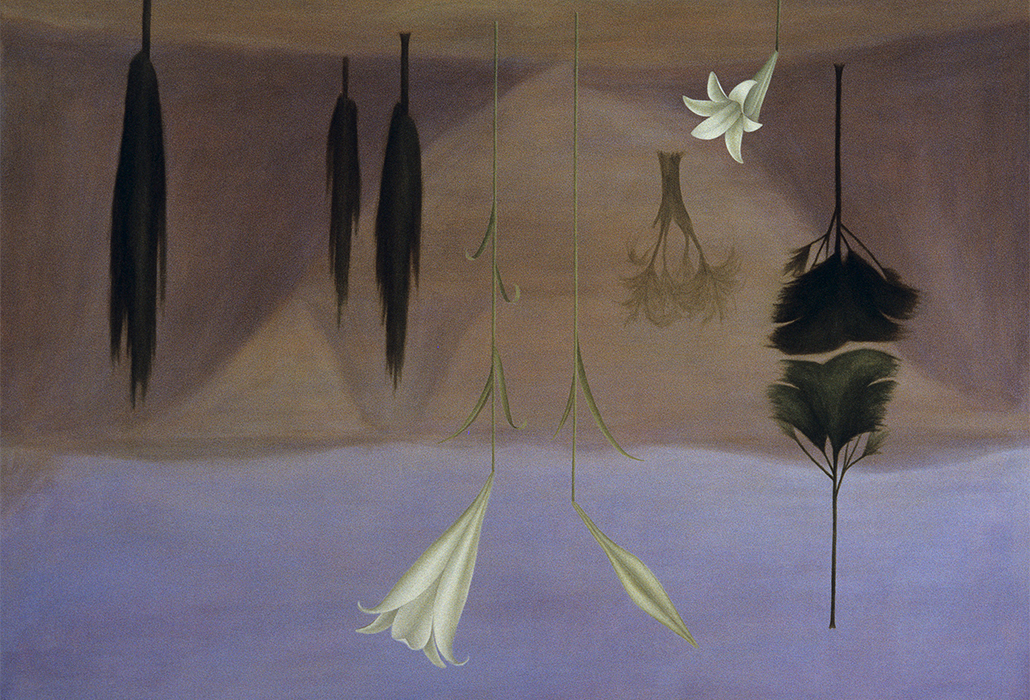 Contemporary Australia artist Rosslynd Piggott: I Sense You But I Cannot See You, will feature more than one hundred works exploring her own ongoing fascination with themes, such as dreams states, the natural world and, the inner realm of ‘emotion, memory and imagination’. The Krystyna Campbell – Pretty Fashion Gift exhibition at NGV International will be sure to bring fashionistas flocking in the door. It is the most significant French collection of costume ever to be acquired by an Australian museum. Featuring designs by couturiers such as Charles Frederick Worth, the celebrated ‘father of haute couture’, to the iconoclastic Alexander McQueen, the show will feature over 200 garments representing more than thirty different fashion designers 1800-2003, including such luminaries as Christian Dior, Coco Chanel, Madame Gres, Vionnet and Jeanne Lanvin.

An outstanding fashion research archive, including rare workbooks, fashion magazines, journals, periodicals and photography will be sure to add interest. 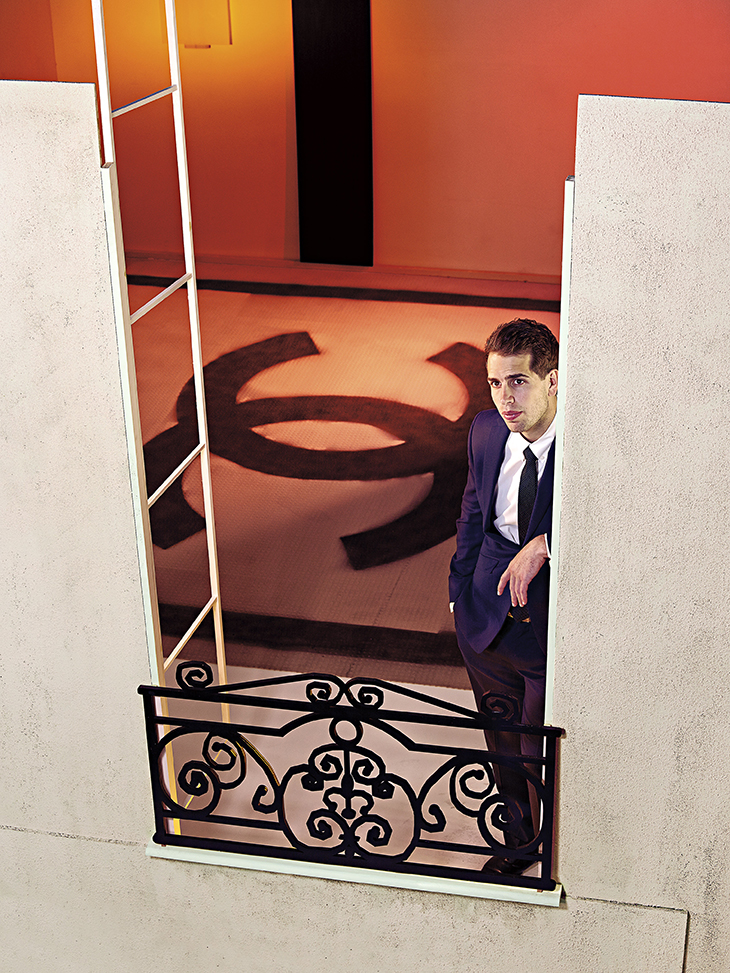 Darren Sylvester: Carve a Future, Devour Everything, Become Something will be the renowned Melbourne-based contemporary artist’s first large-scale solo exhibition in a public institution.

The show will represent some twenty years of his career and show off his continued fascination with ideas of love, loss, yearning and banality. 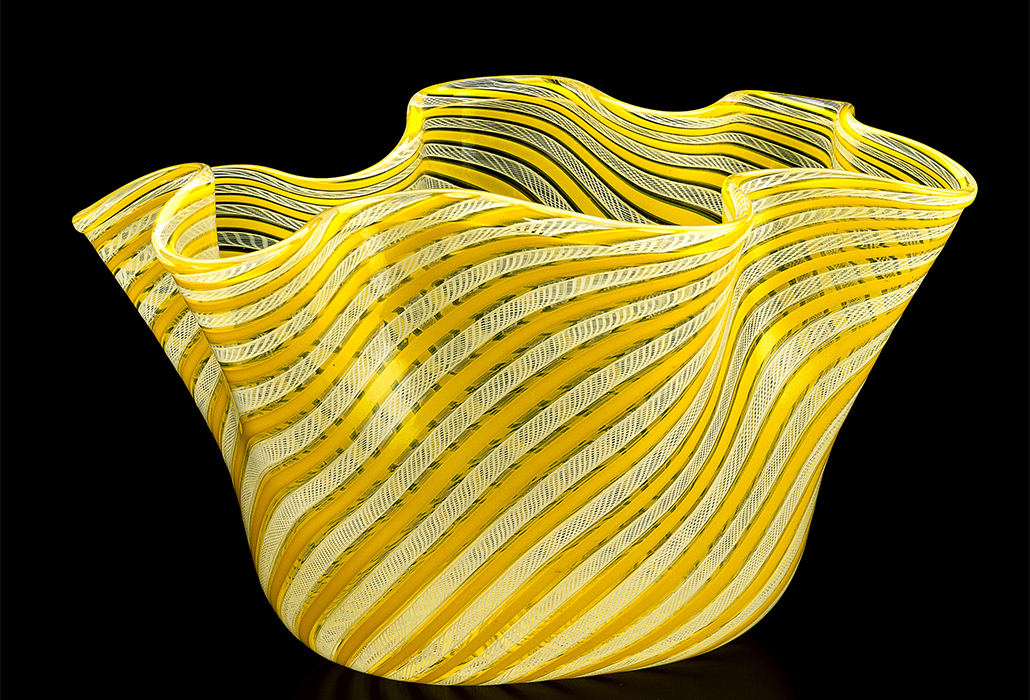 Liquid Light: 500 Years of Venetian Glass, will highlight the NGV’s own collection of Venetian glass; a product renowned throughout the Mediterranean world from the thirteenth century onwards for its remarkable colour and clarity, elaborate design and skilful manufacture. 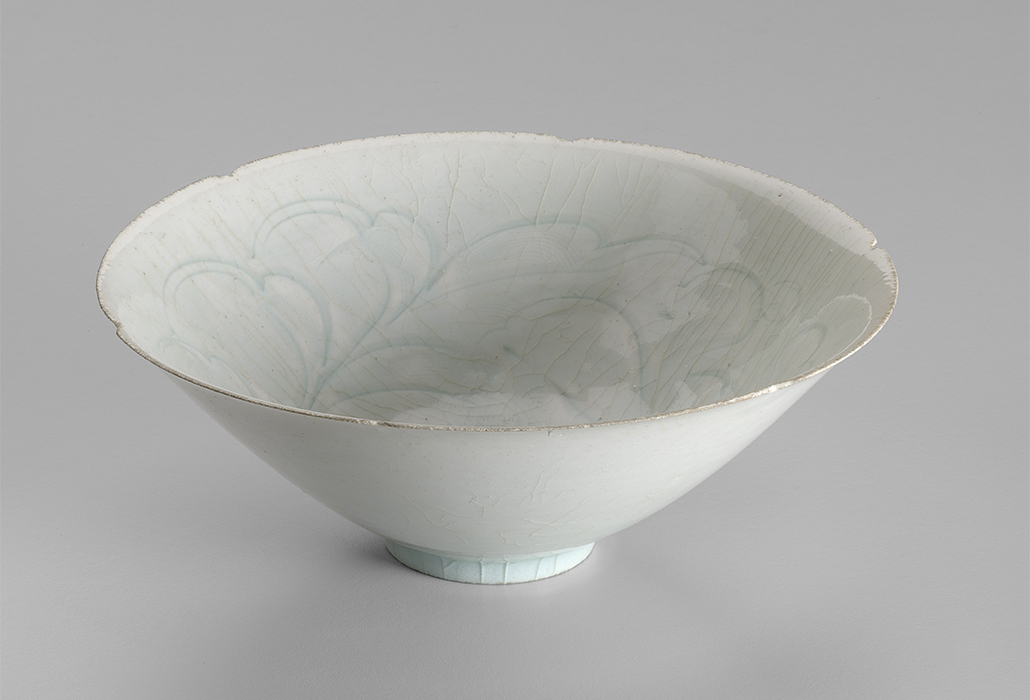 SO–IL: Viewing China will present some fifty + white porcelain items from the NGV Collection, which will be set in an architectural display designed by ground-breaking architecture practice SO–IL (USA/China). 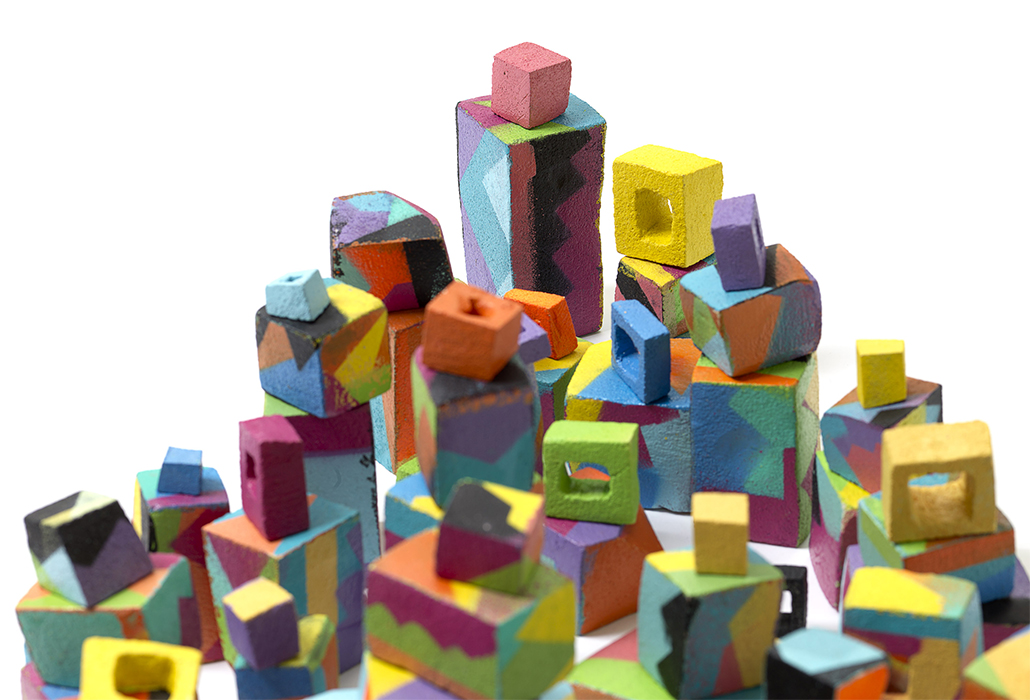 The popular annual presentation Top Arts returns in 2019 for a showcase of the diverse and accomplished works of art from students who have completed Art or Studio Arts as part of the Victorian Certificate of Education (VCE). 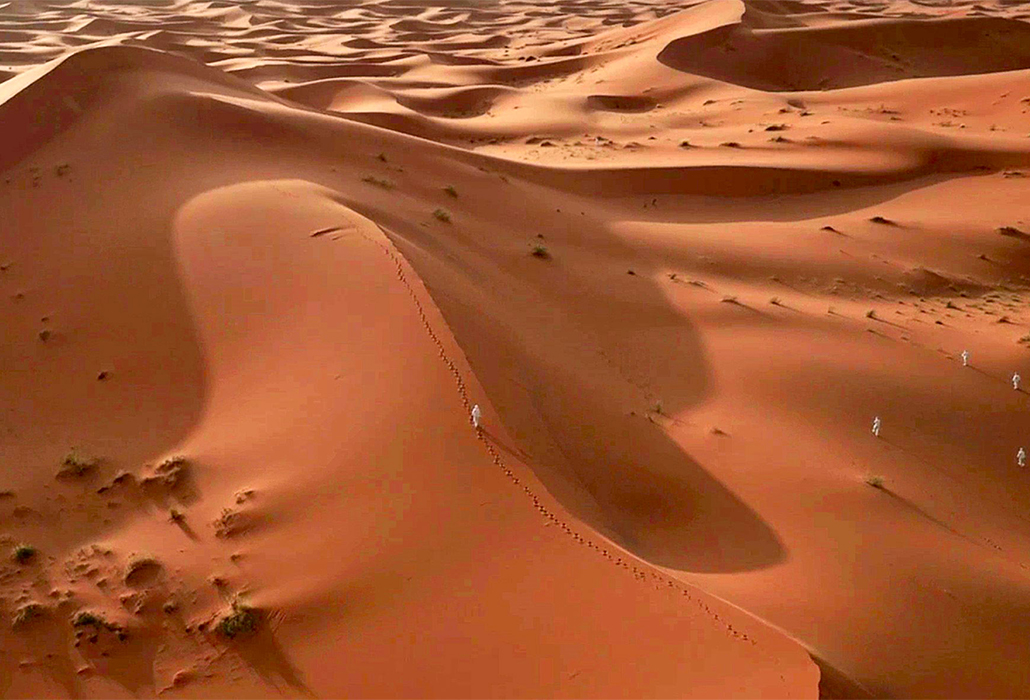 The NGV will also offer screenings including the Australian premiere of German artist and filmmaker Julian Rosefeldt’s new film work, In the land of drought, 2015–17, looking at its impact on the world. 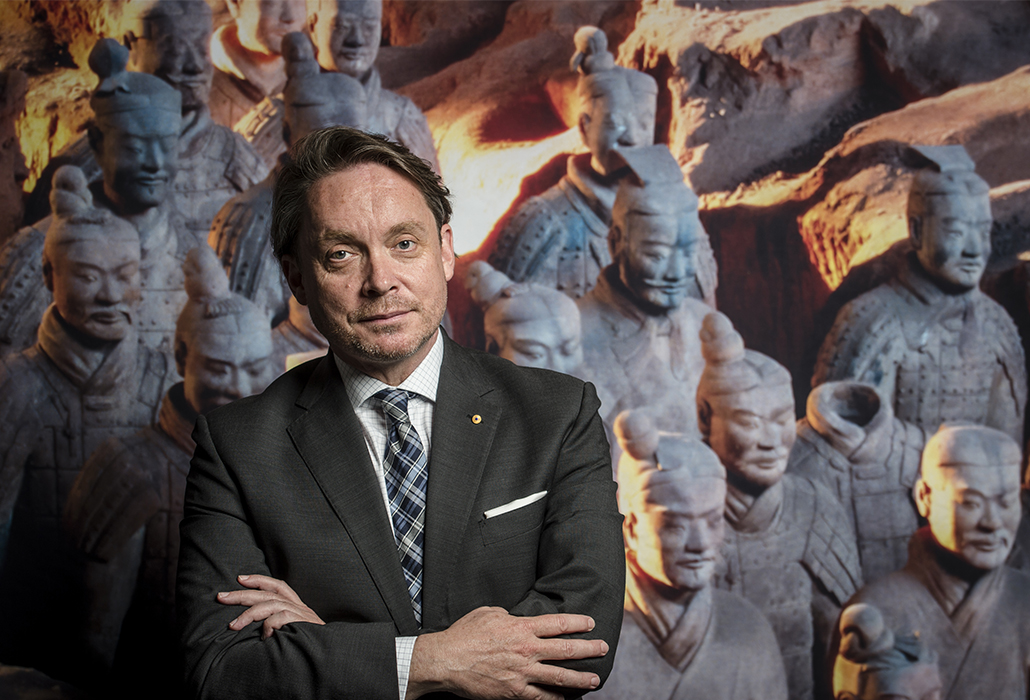 Tony Ellwood ended his impressive presentation about next year’s exhibitions by expressing his gratitude “for the commitment and enduring support the Victorian Government provides to the NGV, which makes the richness and diversity of our exhibition program possible“.

Painter Sydney Long’s Pan’ has come to embody the spirit of the land of Australia, its flora, fauna, its imagination and the beauty of a magical dreamtime