Time to shift into Top Gear to celebrate the future of design and architecture at the National Gallery of Victoria (NGV) where, for the first time, an Australian art institution will showcase the Australian car industry.

Shifting Gear: Design, Innovation and the Australian Car will be on display at The Ian Potter Centre: NGV Australia, Federation Square from 6 March 2015 to 12 July 2015.

From the days of the horseless carriage through to today’s refined and most efficient mean machine, this is the story of the designers and engineers who made the car industry in Australia so great.

Muscle cars, racing cars and performance vehicles will be on display alongside ephemera and memorabilia, employed to both uncover the stories behind the scenes and to help celebrate the most compelling moments in the history of Australian automotive design.

Enthusiasts will have a fabulous time. Aussie icons like the FJ, the Chrysler Charger, and the Holden Monaro will feature alongside the great Aussie Ute, fair dinkum, an Aussie bloke’s style accessory. The Tarrant Roadster, the first petrol car produced for sale in Australia and demonstrate the remarkable design talents of those who sought to establish a car industry in this country. The  two-seater roadster designed by Harley Tarrant was the first production car built in Victoria and first petrol driven car for sale. Then there isan Elfin Streamliner 1961, an integral part of an ongoing tradition of manufacturing since 1957 at the Elfin Sports Cars Company of Adelaide. Tony Ellwood, Director, NGV, said, “Shifting Gear will be the first major exhibition of Australian car design and is exclusive to the NGV. As part of the NGV’s commitment to showcasing design this exhibition will uncover how the modern automobile is far more than simply a means of transport; it is a sophisticated design object that reflects contemporary aesthetics and social values.”

Opening Weekend: The Past Present and Future of Car Design will be under discussion. Such was their success overall that both General Motors-Holden and Ford have retained centres for design excellence in Australia, despite their companies ceasing to manufacture here. 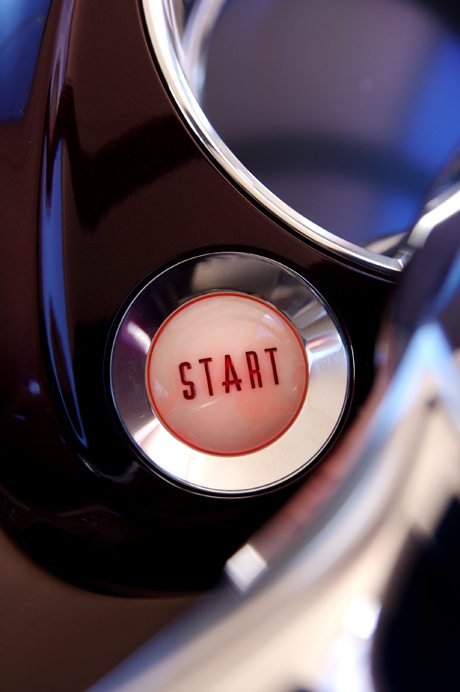 … gosh if my Grandmother was still around she would ensure that our family would be the first in line.

She would have had a vested interest in going along – I should explain.

One of my fondest memories is of a prized black and white photograph in a frame in my grandmother’s parlour when I was a little girl, her ‘room for best’. For her it was a treasure. Everything in the room all her family knew was precious to her.

The photographed revealed my favourite Uncle Jim (James) Alterator as one of the team working at General Motors to develop the very first Holden car in Australia.

There he was proudly standing with them all and so we, his family, all knew he had achieved a modicum of success.

My biggest remembrance however is that my grandmother was very concerned he should not get a ‘swelled’ head because of it (he was in his late 40’s at the time).

It was November 1948 when the FX or 48-215 Holden was launched to critical and commercial acclaim.

Its style was a mixture of American and British influences, its ‘Aerobilt’ body declared just right for Australia’s unique road conditions and its ‘Grey Motor’ ensured the long distances we had to drive to get anywhere at all in this country, would develop enough power.

Passengers would ride in considerable comfort on the bench seats, both back and front. In true innovative style, Aussies also discovered they had other uses!

Withstanding both sun and dirt, ‘Australia’s own car’ as the Holden was referred to by the publicity department, which highlighted its fuel economy. By the time the FX was superseded by the FJ in 1953 it had become a best seller. Dr Judith Glover, lecturer of Industrial Design at RMIT University has researched the notions of gender and sexuality within mass production industries. She will be part of a team telling inspiring stories of the women working in the Australian car industry in a program of events held over the opening weekend.

Graduates of RMIT, designers Shareen Joel and Yan Haung will join her.

Joel has been involved in the design and production of Ford cars such as the Lincoln, Falcon and Focus as well as the Thunderbird concept car.

Huang has designed models for Daewoo and VW and spent much of her career working for General Motors overseas and in Australia. Car events are held regularly in Melbourne, particularly along the river are always well attended, certainly causing traffic jams in my neighbourhood.

Many people queue for hours to gain a glimpse of an always gleaming array of vehicles on display from the days of their invention to the present day. 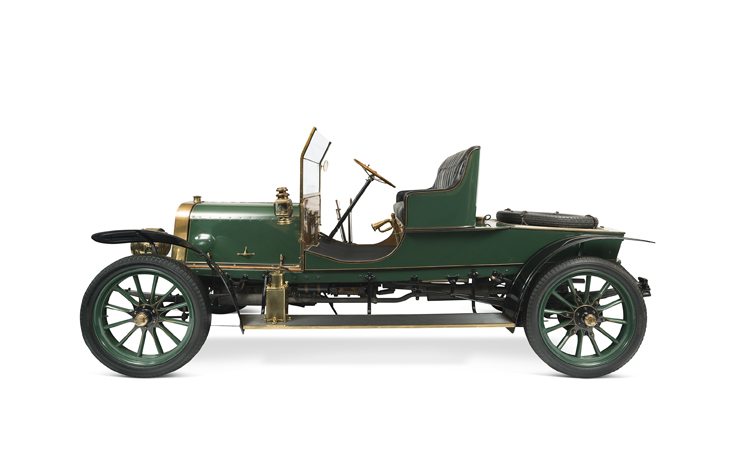 There is no doubt however, that ‘vintage’ cars are special. Having jaunted around Europe with English friends in their ‘vintage’ car, I understand the allure… have experienced first hand what happens when one breaks down.

People flock to help and the ‘rescue’ turns into an out and out social event… very exciting too!

What is it about the ‘car’ that engenders such loyalty, love and affection, nearly as much as your favourite dog. The majority gain ‘girl’s names’ like Genevieve, which became the subject of a British BAFTA award winning film in 1953 and impacted greatly on how we think about ‘old cars’ today.

Starring Kenneth More and Kay Kendall, John Gregson and Dinah Sheridan all significant British actors of their time, the two couples comedically and committedly were involved in an hilarious veteran automobile rally.

Its box office appeal and success must never be underestimated in terms of the market here. After all many Australians of that time regarded them as an integral aspect of the British Empire There is no doubt at all Genevieve also inspired and increased the desirability of collecting and restoring vintage cars in Australia. This is an enthusiastic hobby that has continued in Victoria with the RACV annual Great Australian Rally in Summer and in South Australia with the Bay to Birdwood Classic held in Spring.

Genevieve single-handedly made owning old cars socially acceptable, which is why the old Holden FJ’s and Chrysler’s have been so beautifully preserved for posterity and be able to go on show at the NGV at all.

The film especially highlighted the rivalry that existed between car enthusiasts around the globe, which led ultimately to the British Top Gear TV series becoming the huge success it has been as well.

An important part of the story of Australian car design and engineering took place during 1960s until the early 1970s.

During that time Australian manufacturers produced some of the world’s fastest production vehicles, with styling to match. The many different varieties had a broad-based appeal in society. The Tarrant Roadster is arguably Australia’s most precious piece of automotive history, being the last surviving one of its type. Harley Tarrant built 16 only between 1900 and 1907 and finally could not compete any longer with the import of cars such as the Model T Ford. The Chrysler Valiant Charger E49 was, at the time of its release in 1971, the fastest accelerating car in the world.

Considered a ‘muscle’ car, it became enormously popular and in seven years variations were offered first in the VH range and then VJ series offered from 1973.

Minister for Creative Industries Martin Foley MP stated, ‘Shifting Gear is an exciting showcase of the work and achievements of our creative industries – our designers and innovators – over more than a century’ he noted…

…‘With the Australian car manufacturing industry facing the serious challenges of globalisation and the planned closures of plants, the importance of innovation and design in the creative jobs of the future has never been more important’ he said.

Young people aged 13–17 are invited to spend time with like minded people and feed their creative side in this free school holiday program. Cultural Attractions of Australia is a single point of contact for travellers, trade partners & media to access premium cultural experiences in iconic locations