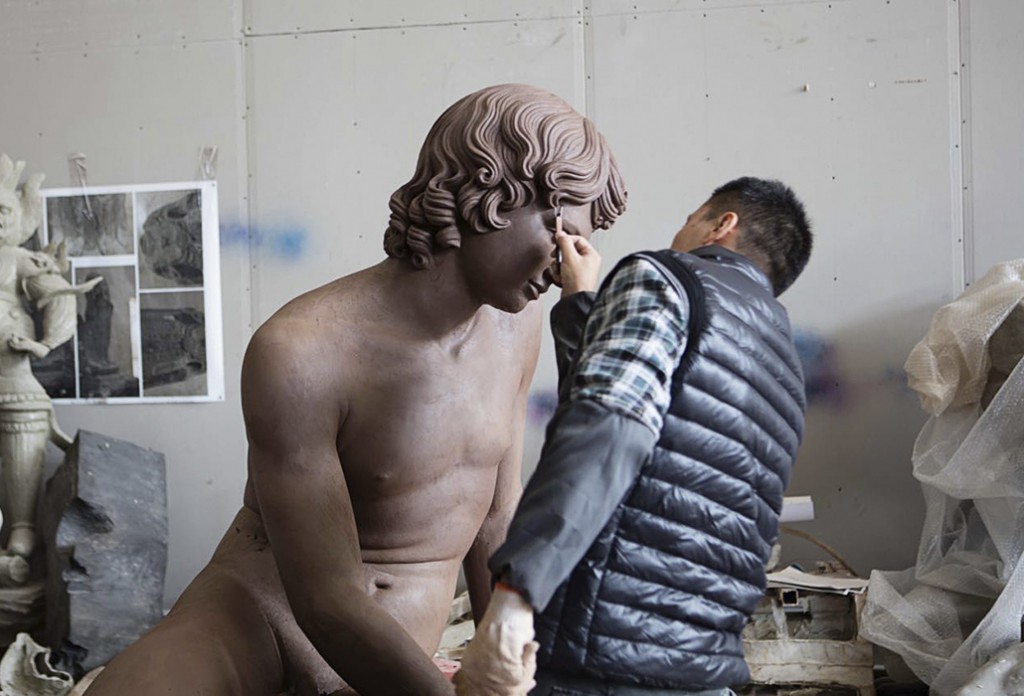 Getting the details right, artist Xu Zhen and his Graeco-Roman sculptures

The National Gallery of Victoria exhibition NGV Triennial, December 15, 2017 – April 15, 2018, will showcase major works by more than one hundred artists and designers from thirty-two countries. It will be held across all four levels of the NGV International on St Kilda Road and is exclusive to Melbourne, offering FREE ENTRY to everyone.

All the artists taking part have been selected for their diversity and dynamism of practice, including those embracing cutting edge technologies, from 3D printing to robotics, as well as performance, film, painting, drawing, installation and fashion design, tapestry and sculpture. 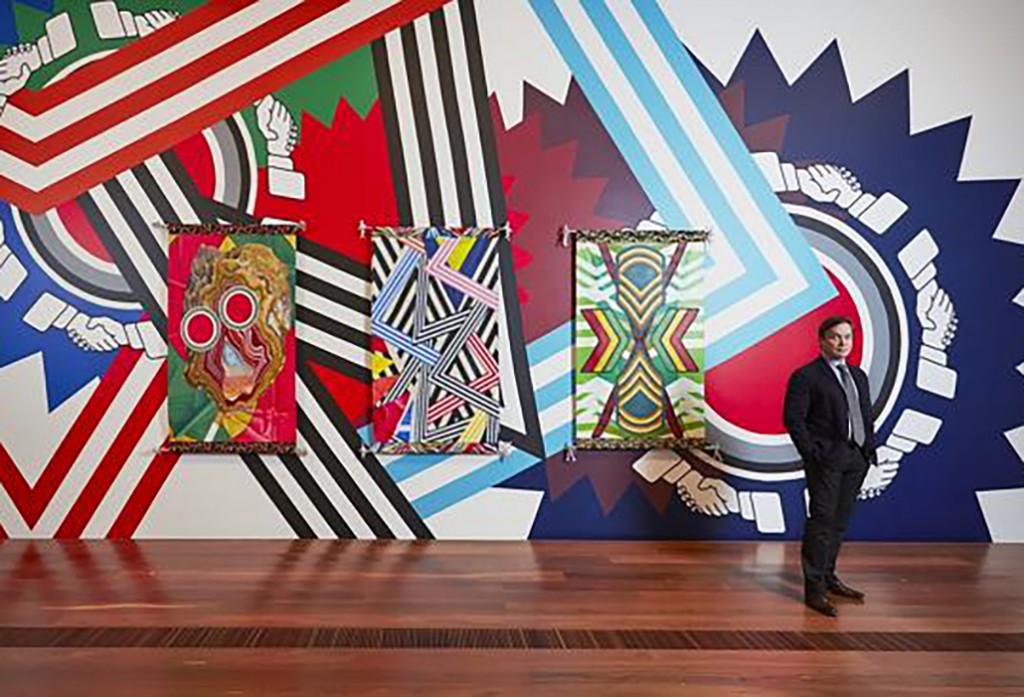 Tony Ellwood, Director, NGV, said, ‘We believe the ambition, depth and diversity of the artists and designers in the inaugural NGV Triennial will ensure our audience has a truly unforgettable cultural experience. This exhibition offers an unprecedented opportunity to build the NGV’s collection of contemporary art and design, and we hope the NGV Triennial, will become a critical and ongoing asset for Victoria’, he said.

Supported by the Victorian Government through their Creative State Strategy the artists involved represent all walks of life, all ages and all backgrounds. They are either mid-career or emerging practitioners, all recognised as being at the forefront of contemporary practice. 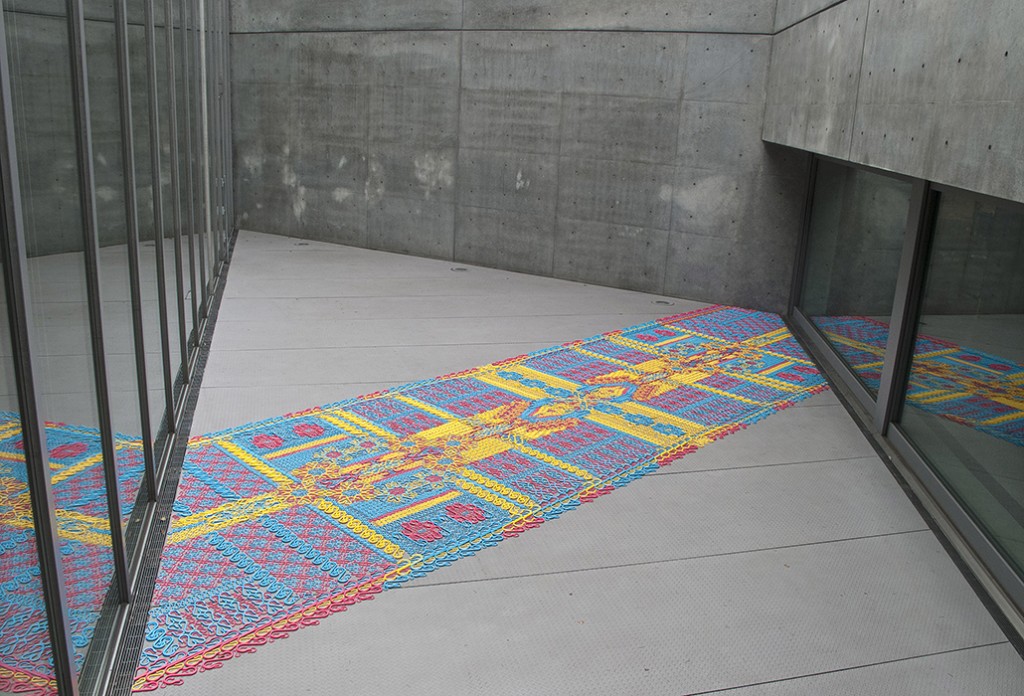 For the kids who will be on summer holidays, the Dutch design and art collective We Make Carpets, has developed a large-scale interactive exhibition that will transform the Gallery’s dedicated children’s space. This has been made possible with the generous support given by Krystyna Campbell-Pretty and her family, the Packer Family Foundation and Truby and Florence Williams Charitable Trust. 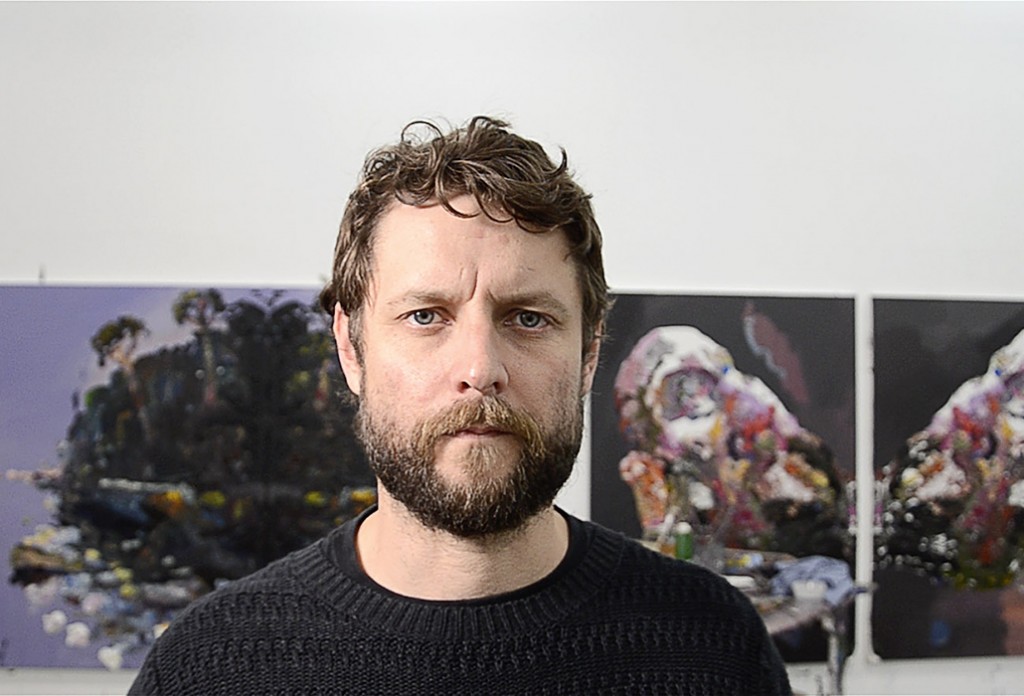 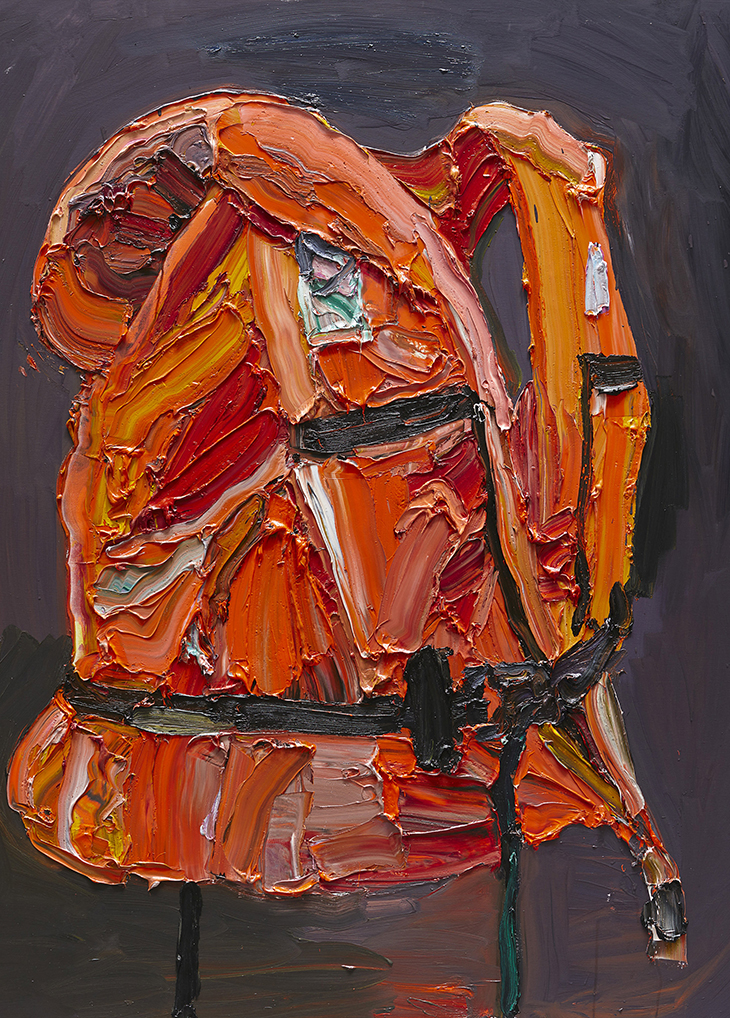 Australian artist, Archibald Prize Winner and Social Commentator, Ben Quilty, whose work is represented in numerous major public, corporate and private collections, is not known for being polite or adhering to the status quo.

He uses vibrant colour and broad brush strokes as he continually pushes the edges as he explores the challenges we all face when we make both personal and cultural choices.

There will be a number of world-premiere NGV-led commissions, including a major new participatory work by Yayoi Kusama (Japan), in which visitors will help to ‘obliterate’ a room with flowers. 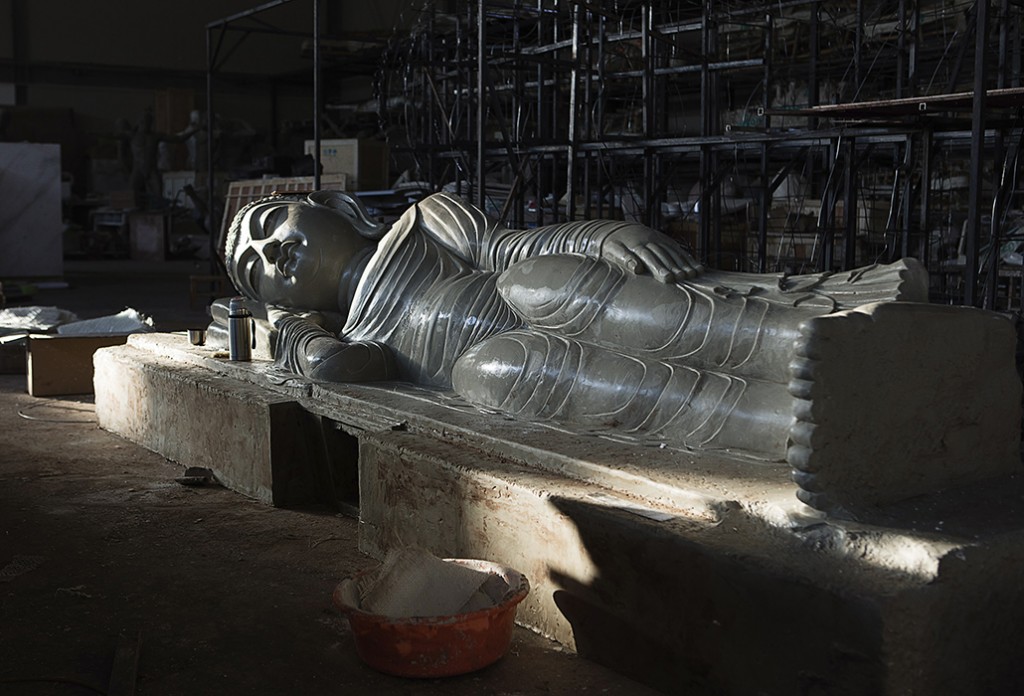 A 15.8m long reclining Buddha sculpture will be adorned with 3D scanned and cast replicas of classical Greco-Roman sculptures created by Xu Zhen (China) bringing about yet another meeting of Eastern and Western art traditions. 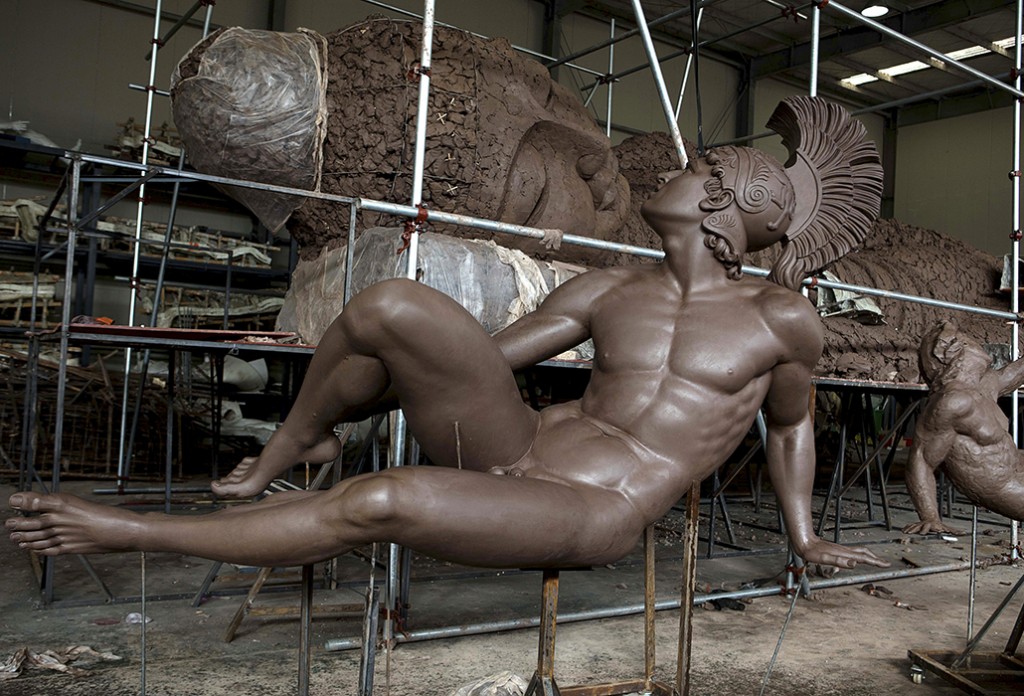 Fashionistas will be sure to attend just to see the installation of elaborate, Marie Antoinette-inspired haute couture gowns by the much admired Chinese couturier Guo Pei, who became very popular when she designed pop singer Rihanna’s famous Met Gala 2015 Imperial Cape. 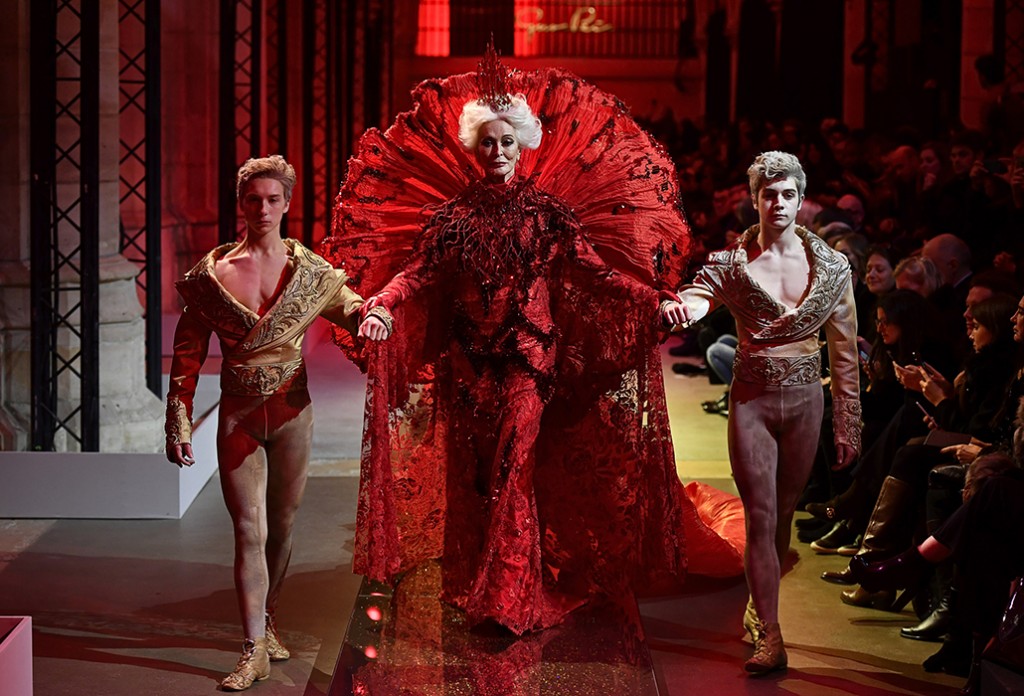 Gaining and retaining fame through fashionable concerns is a responsibility Pei understands very well and it is reflected in her ornate gowns merging both east and western elements in an exciting way.

A project by ‘smell designer’ Sissel Tolaas (Norway), in which she will recreate the scents of Melbourne, will enrich the sensory experience. 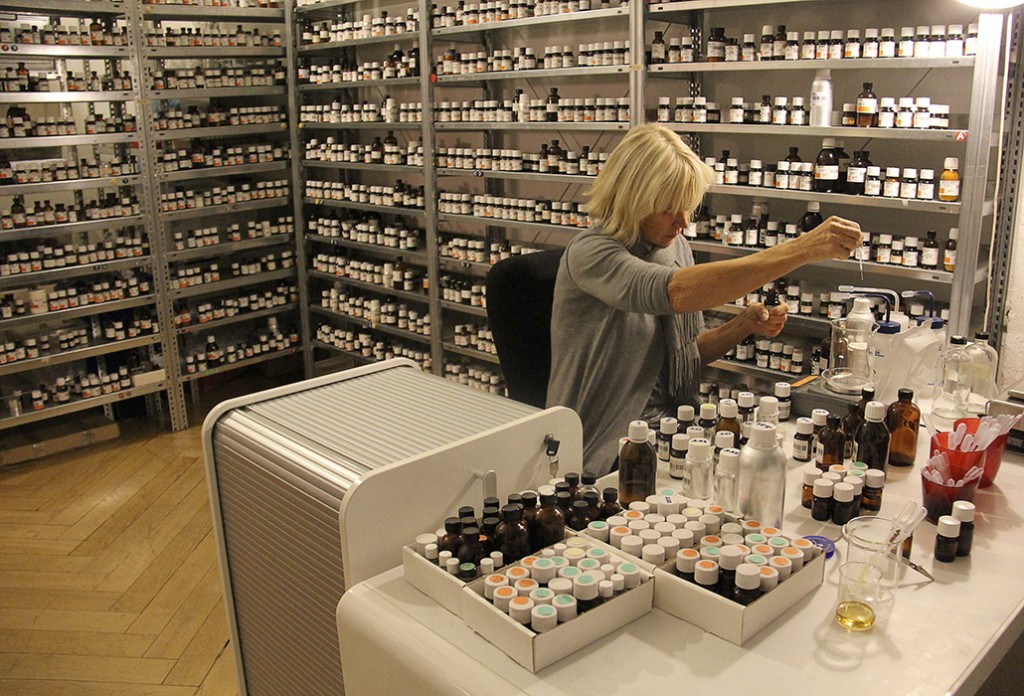 Modern fragrances evolved during the late nineteenth century with the rise of the industrial revolution, although their historical trail takes us back to antiquity and to Roman times when it was recorded the Egyptian Queen Cleopatra soaked the sails of her ship with rose water so when she departed from Roman General Mark Antony, ‘the very winds were lovesick’.

NGV Commissions for the Triennial include: 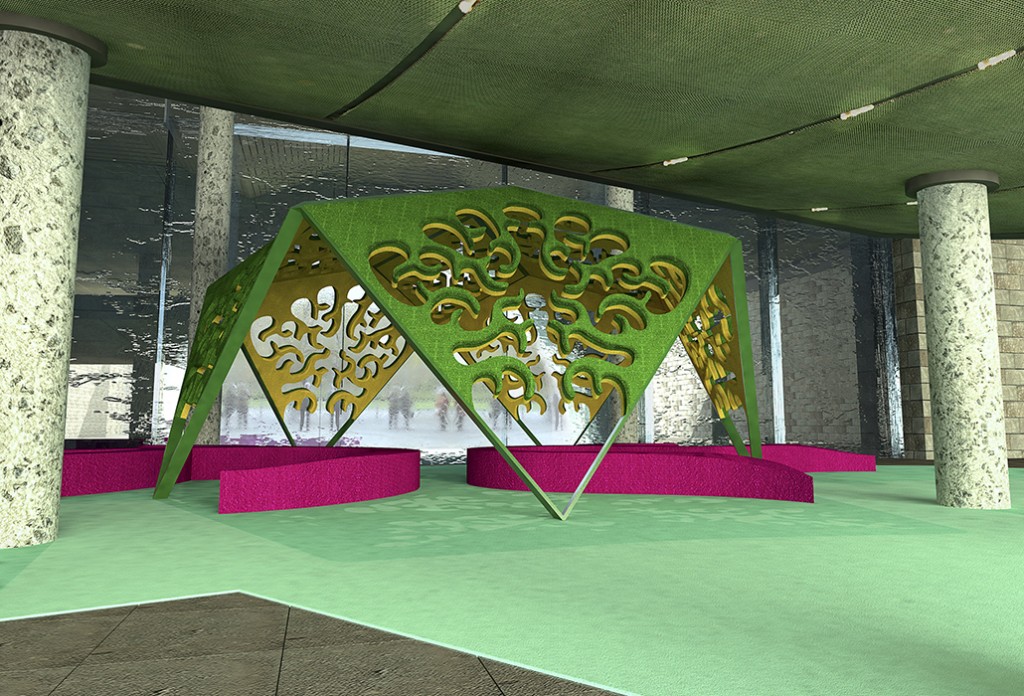 Estudio Campana (Brazil), Yarrenyty Arltere Artists (Australia) and Elliat Rich (Australia) are involved in an important cross-cultural collaboration that draws upon the complementary skills of the participating artists. They are creating a brightly coloured, large-scale upholstered dome, which will be used as a meeting point and welcoming entrance to the exhibition. 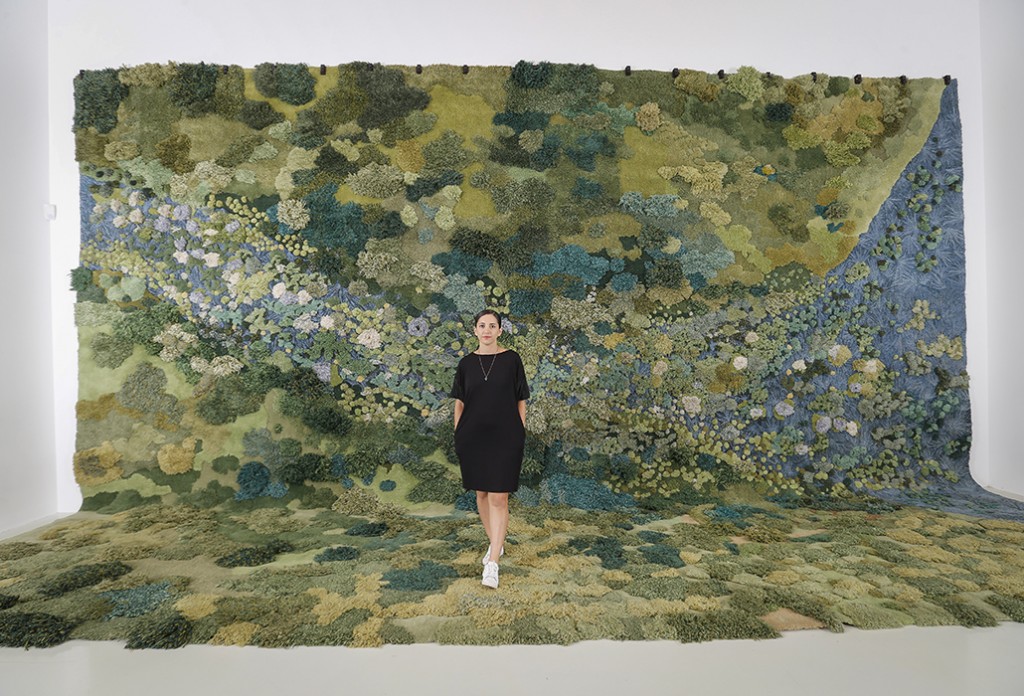 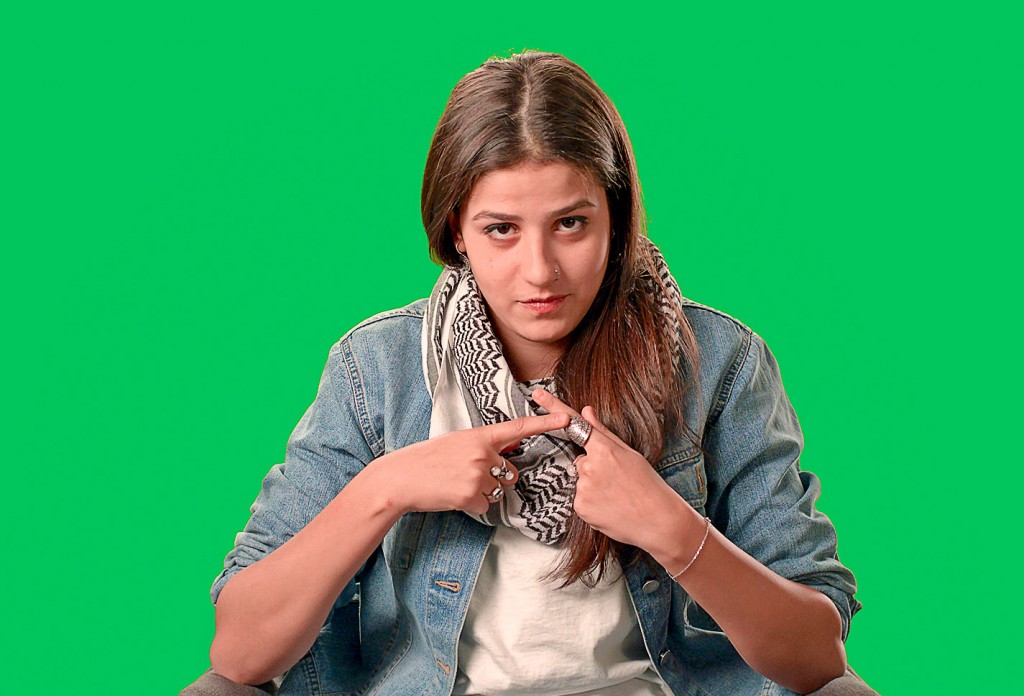 Candice Breitz (South Africa) will present a new video work revealing the personal histories of six refugees, in which Hollywood actors Julianne Moore and Alec Baldwin give voice to their stories. It will bring the privilege of celebrity into contrast with the hardship of the refugee experience. 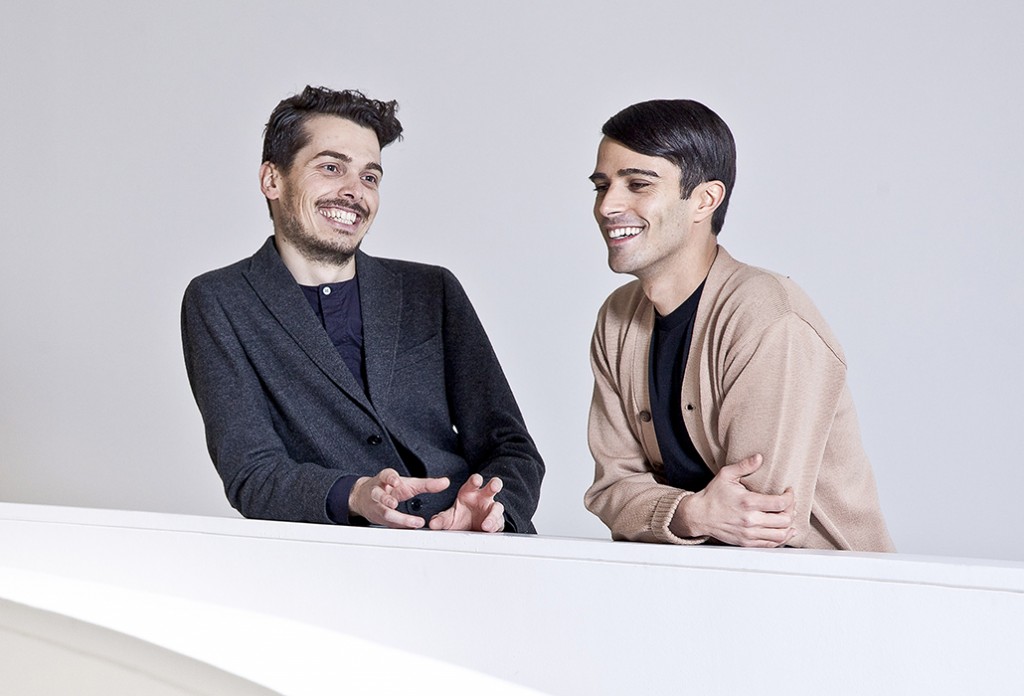 Formafantasma (The Netherlands) is an Amsterdam-based studio, which will present a world-premiere collection of conceptual design objects based on commercial office furniture.

The objective is to interrogate the impact of sourcing precious metals for consumer products, revealing the ways in which design defines what materials will become while often failing to communicate their source or potential afterlife. 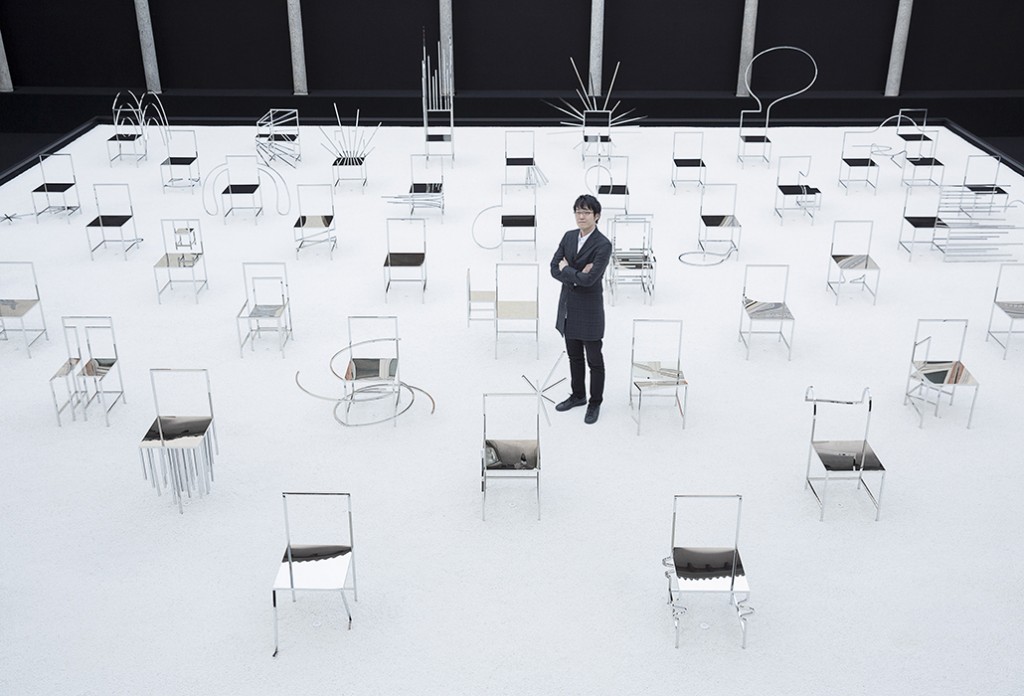 A major acquisition for the NGV Collection, Nendo’s Manga chairs will be presented alongside fifty Trace sconce lights, 2016. 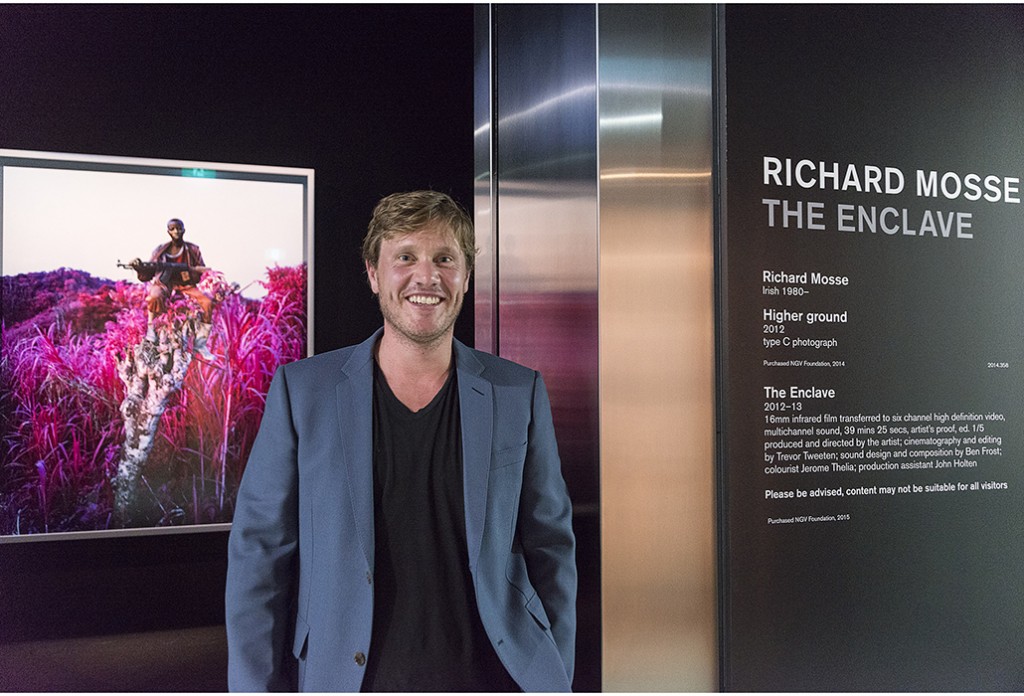 Richard Mosse (Ireland) presents a three-channel video that uses a high-tech long-range military camera to capture events surrounding the crisis in Syria and the subsequent flood of refugees. This work has been jointly commissioned by the NGV and London’s Barbican Art Gallery;

Ron Mueck a Melbourne-born, UK-based artist will produce an epically sized sculptural display that will interact with works in the NGV’s eighteenth century gallery spaces. This will be Mueck’s largest and most extraordinary work to date. 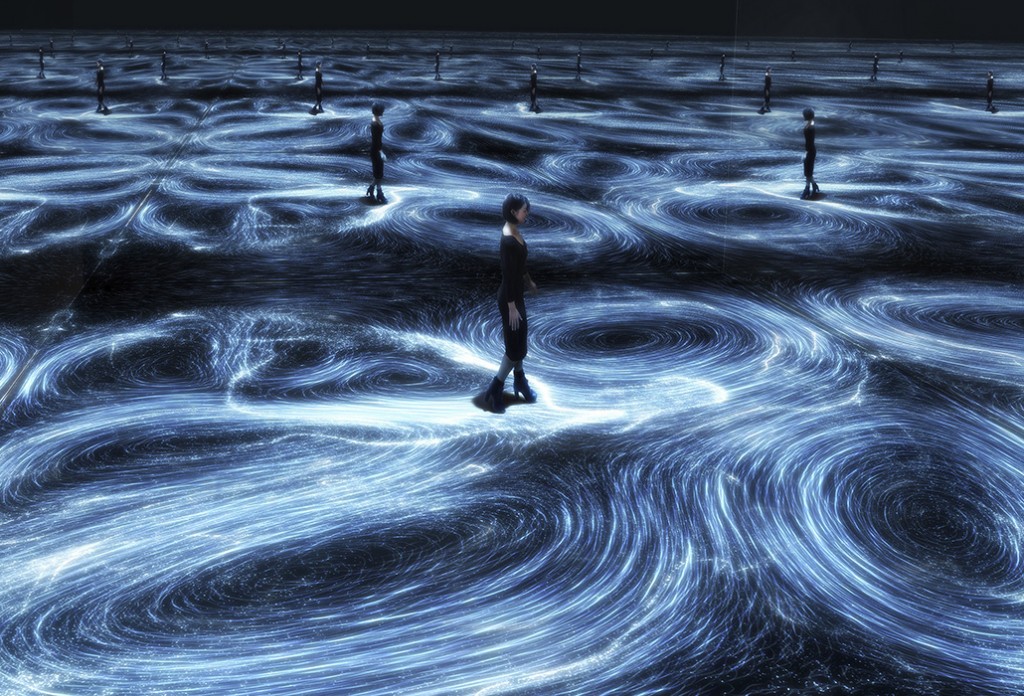 teamLab (Japan) a well-known ‘ultratechnologist’ design collective will present an interactive and immersive installation, which creates a ‘vortex’ by using a digital floor that responds as water would to the audience’s presence and movement.

Then there will be the ever popular 2017 NGV Architecture Commission: a national architectural competition to design a temporary, site-specific work of architecture for the Grollo Equiset Garden at NGV International.

All photos supplied, courtesy artist and the National Gallery of Victoria

Some boutiques, and their owners are just so special that everyone needs to know about them. One at the top of my list is Ikke in Ernest Place, Crows Nest on Sydney’s North Shore. Ikke is a bustling hive of activity and a family friendly haven. Children grow at such…