The relationship between art and history were especially close in the age of Modernism, which borrowed from the past to invent the new.

Ballet is an art form that in its history has crossed both political and physical barriers to exert an influence on societal and cultural development. It emerged during the Italian Renaissance to be at the epicentre of King Louis XIV’s court at Versailles during the seventeenth century.

It was a component of French opera well into the eighteenth century, remaining part of court entertainments in France until everything changed.

The onset of the French Revolution (1789), its aftermath and the fall of the Bourbon monarchy took its toll.

Ballet was then privatized, and in the first fifty years of the nineteenth century other European city centres such as London, Vienna and Copenhagen produced a string of masterworks.

From 1830 to 1850 this beautiful art of dance flourished and flowered with great virtuosity and vigour in what could be described as a golden age.

It combined singing, dancing and orchestral music in passionate performances, which were all linked by a loose theme.

By the latter years of the nineteenth century St Petersburg began its rise. Ballet in Russia was an art form backed up by the seemingly bottomless resources of its Tsar. 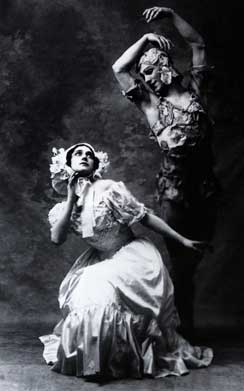 This was when French dancer and choreographer Marius Petipa (1818 – 1910), one of a line of French ballet masters working in Russia, collaborated brilliantly with composer Pyotr Ilyic Tchaikovsky, producing powerful imagery in both sound and performance.

In 1909 The Ballet Russes came out of Russia to take Paris by storm. Their impact on the world of ballet in Europe would be immense.

Nothing quite like it had ever been seen before. Overnight Vaslav Nijinsky, a brilliant young male dancer so overwhelmed the audience with his gravity defying leaps and dancing of such a high calibre, that they left the auditorium speechless in more or less, disbelief.

Prima Ballerinas Anna Pavlova and Tamara Karsavina became sought after celebrities, as dancers of the Ballet Russes and its choreographers and costumers imagined, and created the future of dance.

The company was under the brilliant direction of its amazing impresario Sergei Diaghlev. Single handedly he turned the art of Ballet into a rock star activity, within a framework of early twentieth century design and culture. For twenty short years the Ballet Russes lit up world stages with its radical approach to dance. Diaghlev had been involved in the world of art and culture in Russia since studying music at the St Petersburg Conservatory.

After honing his many and varied skills he gradually became famous there for his inspiring innovative productions.

The Ballet Russes had been formed after a long involvement with France that meant his going backward and forward to present concerts and art exhibitions.

It combined the very best of contemporary art and music of its time, while respecting its traditions.

The dancers themselves were some of the most brilliant in the world at the time.

They exuded passion, drama, glamour, grace, creativity, innovation and excellence at every level. Luxury and leisure was a key concern for society at this time and this company was so avante garde and so different that it drew people to them like magnets.

Wherever the Ballet traveled a frenzied press and public clamoured for news about the people, the dance, the costumes and all of their performances.

The costumes particularly grabbed attention. They were designed by such contemporary artists as Henri Matisse, Georges Braque, Natalie Goncharova, André Derain, Giorgio de Chirico, Pablo Picasso and Coco Chanel. When we view them today we can easily understand why.

A great cache of them in the collection of the National Gallery of Australia have recently been restored and exhibited. They were made of all sorts of fabrics, opulent and otherwise. Jewels shimmered on silk, velvet and fur. Some were so luxurious they included 24 carat gold metallic thread.

There were ermine tails lining silk velvet coats, early examples of rubberised fabrics and other more modern synthetic fabrics, like acetate and rayon all giving new form and shape to movement.

Ballet managed to survive the Russian Revolution in 1917 and would become an important activity between World War 1 and World War 11.

The Ballet Russes company was dissolved following Diaghilev’s death in 1929 when the heart went out of it, but its artistic consequences were to be enormous as the stone gathering moss rolled on and it reanimated ballet throughout western Europe. 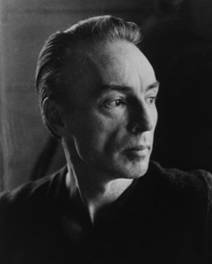 In 1932 The Ballet Russe de Monte Carlo was founded. Its history is complex and really beyond the scope of this piece, but it survived two further changes of name (Royal Covent Garden Ballet Russe and Original Ballet Russe) only to be dissolved.

However this did not happen until after it had brought before its audiences the works of genius choreographers such as Léonide Massine and George Balanchine, who expressed music with dance.

His Apollo and the Muses (Apolloon musagéte) in a collaboration with Stravinsky was one of his most moving and innovative.

The enduring legacy of Diaghilev and the Ballet Russes was that ballet companies in France, England and America all were direct beneficiaries of both his vision and style. Nureyev and Fonteyn a dancing partnership surely made in heaven

It is into this milieu one of Ballet’s most iconoclastic figures leapt, defecting from Russia to perform and flourish; dancer Rudolf Nureyev.

What an ambassador for Ballet he was.

His dancing partnership with the extraordinary English ballerina Margot Fonteyn was full of fire and passion, one surely made in heaven. Well at least it seemed that way for all those fortunate enough to see them dance together in a career together that was all too short.

After a spectacular career Nureyev produced an equally spectacular range of works from the Petipa period that had both outstanding technical and artistic strength, showcasing the Paris Opéra Ballet Company to the world.

In England at London the Sadler’s Wells Ballet was founded by a former Ballet Russes ballerina, Dame Ninette de Valois (1898 – 2001) because interest had been rekindled in ballet by the Ballet Russes London programs. 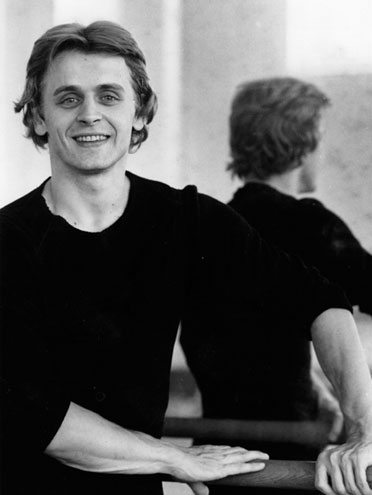 In America the New York City Ballet and American Ballet both benefited from the repository of repertoire of George Balanchine, danced by such as Mikhail Baryshnikov, another dancing defector from Russia to the west.

His style was exciting, inspiring and he made it all his own.

As the New York City Ballet’s Principal dancer Baryshnikov explored Balanchine’s style of movement, showcasing it to the world in an edgy 1985 dance movie ‘White Nights’ with co-star Gregory Hines, especially when doing a dance together in a loft.

The Australian Ballet founded in 1962 has a link to the second Ballet Russes troop through Dame Margaret (Peggy) van Praagh (1910 – 1990).

Following a distinguished career in the ballet world in England, she traveled to live and work at Melbourne in 1960 for the Borovansky Ballet Company (1939-1961).

Czech born Edouard Borovansky (1902-1959) had been a performer with Colonel de Basil’s Ballets Russes companies, which came to Australia twice. Following their 1939-40 tour he stayed and it was his dance company that metamorphosed into the Australian Ballet under Dame Peggy’s direction. 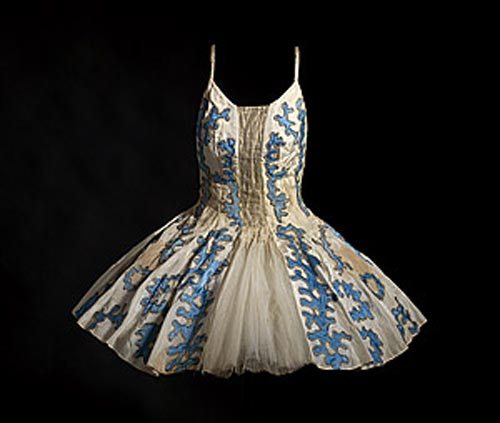 The National Gallery of Australia in the last decade bought its treasure trove of ballet garments at auction and has restored them. And once again, Russian romance has been transported to Australian shores.

Ballet continues its evolutionary path today with a dynamic relationship between past and present.

By carefully nurturing the classical tradition in dance throughout the 20th century, ballet companies around the world have remained relevant well into the 21st century.

Their biggest challenge ahead will be predicting how a future modern society will interact with complex artistic traditions and institutions of dance, while re-inventing and re-interpreting both its classical and contemporary repertoire for the future.