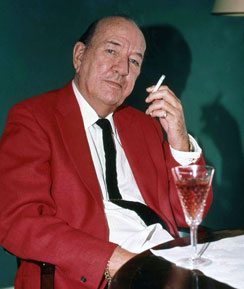 Darling of the Art Deco era English playwright, composer, director, actor and singer Noël Peirce Coward (16 December 1899 – 26 March 1973) was known for his wit and style. He had a rare talent to amuse… he was streamlined, elegant and frivolous and he talked in a very witty, brittle way. He is the man who invented the notion of cool. He lived art and his ‘Design for Living was scandalously risqué when it was first presented with its theme of a ménage-à-trois. He premiered it on Broadway in 1933, because he did not believe it would pass censorship in London. It was all about a ‘complicated’ relationship, Gilda loves Otto, and it’s entirely mutual. But Gilda is rather fond of Leo as well. Leo adores Gilda – but come to think of it, Leo and Otto have a bit of history, too. So which of them will pair off, and who’ll be left out in the cold? Well, why should they have to? This marvelous production is set in an era where fabulous jewels by Cartier were de rigeur, or and clothes designed and worn by Chanel a necessity as was attending the racing at Deauville or yachting at Cowes. Fine dining was an experience to be relished and dressed up for, valuing the sense of occasion. 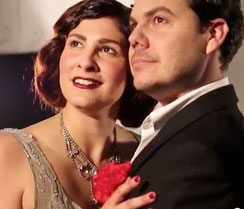 The Queensland Theatre Company will present Design for Living at the Playhouse QPAC in Brisbane from 19th October to 10th November 2013, the perfect confection comedy before the advent of the silly season. Book your seats now so you can find out if this fabulous trio are freewheeling, footloose bohemians, or despicable, amoral degenerates. The Director is Wesley Enoch and the cast includes Carol Burns, Fez Faanana, Jason Klarwein, Kellie Lazarus, Tama Matheson, Andrea Moor, Bryan Probets and Trevor Stuart. For dates and bookings follow our link

A program of exceptional music has been chosen by artistic director Piers Lane AO for this year’s Australian Festival of Chamber Music, July 28 – August 5, 2017