A union of poetical and musical creative ability is not often accomplished, but when it is, as during a great opera aria, it approaches perfection.

If you add to to that a vision of glittering gold leaf and ornate paintings recreated from the famous Sant’Andrea della Valle in Italy, then the imagery formed in your mind should be fabulous.

With a stellar ensemble of international opera artists singing at their peak the production of John Bell’s Tosca will be a dramatic and unforgettable night to begin the Melbourne Spring Season 2014 for Opera Australia (OA).

For the opening night wizardry and magic will be supplied by Australia’s foremost Creative Living Treasure, John Bell AO, OBE, (b.1940-).

He has been acting, directing and managing theatrical works in Australia in both sensitive and spectacular styles for the whole of my lifetime.

He works to only one exceptionally high standard; excellence.

Applying considerable skills to the current Opera Australia (OA) production of Tosca has meant the production by John Bell has received raving reviews from critics in meltdown. When performed in Sydney “The Australian” critique noted that “Bell’s sensitive direction was so unobtrusive, you were barely aware of it. By effectively establishing and sustaining tension in each act, he created compelling drama”.

Composed originally during the war years of the reign of Napoleon’s Empire in Europe by Puccini, from a libretto by Luigi Illica and Giuseppe Giacosa, John Bell has transposed the story forward in time to the Nazi occupation of Rome.

Just like the era of Napoleon, the First World War engulfed Europe in the prolonged and hideous slaughter of both innocents, soldiers, aviators and mariners. It is an era the coming generation, as well as the aging generation in attendance will relate to. The world as we know it at the end of the first decade of the twentieth century had quite literally gone mad.

The creative people who were around as events unfolded, were profoundly affected by its imagery, which was indelibly etched in their minds. From all accounts the transition Bell makes to this time works well

Often the easier something looks the harder it is to achieve. The role of the great creative director is to make a production look simple.

However what that says to me is that masses of thought went into the production, with close attention to detail. Bell by making this production look simple, even though the set is elaborately ornate, has gained great respect.

The set designed by Michael Scott-Mitchell is a ‘breathtaking recreation of the interior of the Sant’Andrea della Valle Roma a Roman basilica in the rione of Sant’Eustachio.

The walls, dome and the apse are alive with wonderful fresco decoration, including scenes of Crucifixion, Martyrdom, Death and Burial.

It’s no mean feat to re-tell a tale by Giacomo Puccini (1858-1924), who created his dramatic operas in a time when contemporary and controversial themes were becoming accepted subjects for the opera medium.

Opera is music for the head, heart and soul, reflecting the delights and despairing aspects of both love and life.

As such Tosca is the perfect vehicle for this heart-rending tale of ‘oppression’, a dark story only given light by Puccini’s glorious music.

The story line of Tosca highlights the supreme sacrifice so many people made at the time for the greater good of humankind.

It is the story of the lovely Floria Tosca,who sacrifices herself to save her lover who has been wrongfully imprisoned, and it is sure to engage audiences through powerful imagery and performance.

This aria was made famous in the twentieth century by one of the world’s greatest sopranos, Greek born but American based singer Maria Callas (1923-1977).

Jacqueline Mabardi has worked continuously in the opera and music industry in Queensland in Australia since 1986, as well as nationally and internationally and

With a stellar ensemble of international singers at their peak John Bell’s Tosca will be a dramatic and unforgettable night and we will review it for our readers.

This is a rollicking tale about an old bachelor who wants to marry in order to teach his nephew, who covets his Uncle’s fortune, and cut him off without a penny.

This inspiring pair should have you rolling about with mirth as you are quite literally ‘thrown into the colourful streets of Italy in the 1950’s for a fresh take on Don Pasquale, directed by Roger Hodgman’. Full of surprises and grand ‘hissy-fits’ Don Pasquale is a laugh a minute night at the theatre with four main characters, four great voices and a fast moving plot that will have you falling about.

There is a great ‘baritone aria’ in this piece, “Bella siccome un angelo” and the version by Bryn Terfel is a lesson in how enunciation helps with setting up an emotional response.

Gaetano Donizetti (1797-1848) who came from Bergamo in Lombardy brought both gaiety and wit to the opera stage.

Set in Rome in the middle of the 19th century, the characters in Don Pasquale comprise an intelligent leading lady with her wits about her, a star struck admirer, an old codger hoping to outwit them both, with a conniving crafty friend who takes the side of the young lovers.

The audiences loved it back in 1843 when it premiered at Paris, and they still love it now.

For the third opera of the season we will be sure to enjoy ourselves once more, when the bountiful baritone Warwick Fyfe is transformed into the mischievous old rogue Falstaff.

The last time we saw Warwick Fyfe on the Melbourne stage was with great success in OA’s successful Rigoletto also by Verdi and he’s certainly a crowd pleaser. Always a matter for debate is that the libretto by Boito was inspired by both William Shakespeare’s Merry Wives of Windsor and Henry IV, giving this comedic piece serious overtones.

Giuseppe Verdi (1813-1901) is one of the most loved composers of opera, his successes in the ‘rapacious’ marketplace of Italian opera during the nineteenth century, speaks volumes for his dedication, diligence and attention to detail.

He dominated Italian opera during his lifetime while he indulged in constant experimentation and a continuing refinement of style. The characters in all his operas are recognizably frail human beings like the rest of us.

Verdi assembled a great portrait gallery of complex celebrities and the intensity of emotion in his works is one the great hallmarks of style.

The remarkable ‘Del tuo barbaro diagnostico’, the finale to act one, is a test of any opera company’s ensemble’s singing abilities. This last work of his illustrious career, was performed first in 1893 and was a fitting finale opera to the composer’s lifetime of dedication to music.

My opera buddy and I can’t wait! 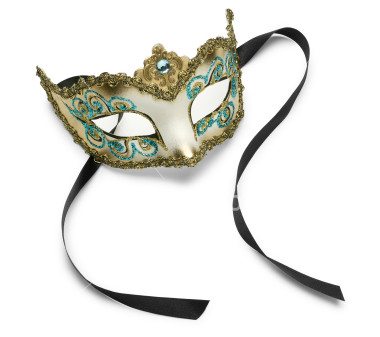