Opera Queensland have launched a diverse and ambitious program for 2013. It will be a landmark year as they embark on a brand new adventure in opera music and style, led by their new Artistic Director Lindy Hume. She and co-leader General Manager Russell Mitchell have both the experience and creative class to ensure that their team delivers. They are supported by the Queensland Government and members of the Board, currently led by Rob Hubbard.

They are set to deliver great works of music and great performers into many lives, value adding to the Brisbane musical scene by presenting an array of elite music that gives its supporters a good experience of opera and music in society.

In concert with other national and international companies, Opera Queensland will present three great works.  St Matthew Passion by German composer and all around genius musician Johann Sebastian Bach (1685-1750), Cinderella by Italian composer Gioachino Antonio Rossini (1792-1868) and Otello, with music by Italian Romantic composer Giuseppe Verdi (1813 – 1901) with text gleaned from the works of English poet and playwright Willliam Shakespeare (1564-1616).

Today collaboration, good communication and a respect for tradition are at the heart and essence of any successful creative entity. Singers, musicians, designers, lighting experts and other technical wizards need to be guided by experienced leaders, who know just how to empower and embolden others. It is very important to achieving success. 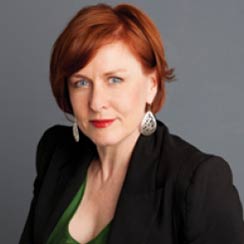 Add to that audiences, supporters, sponsors and stakeholders gleaned from a broad cross section of the community and you can begin to understand just how complex an operation running a great artistic company is. It needs imagination, innovation and commercial success for everyone to prosper and for audiences to go away feeling satisfied. 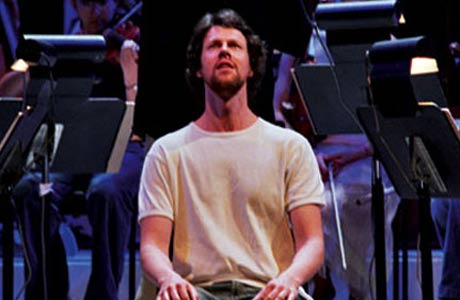 The first offering of the year, the fabulous St Matthew’s Passion, is a sacred oratorio sung first in St Thomas’s Church at Leipzig for Good Friday services in 1727. Opera Queensland and The Camerata of St John’s, a chamber group founded by Elizabeth Morgan when Bishop John Parkes was Dean of St John’s Cathedral at Brisbane in 2005, will join forces under the leadership of renowned conductor Graham Abbott to produce this gem of immortal music. It will be presented just prior to Easter and is a combination of both joy and grief, among the most sublime compositions in all music.

It’s a powerful, bold and brave start for a confident new regime. 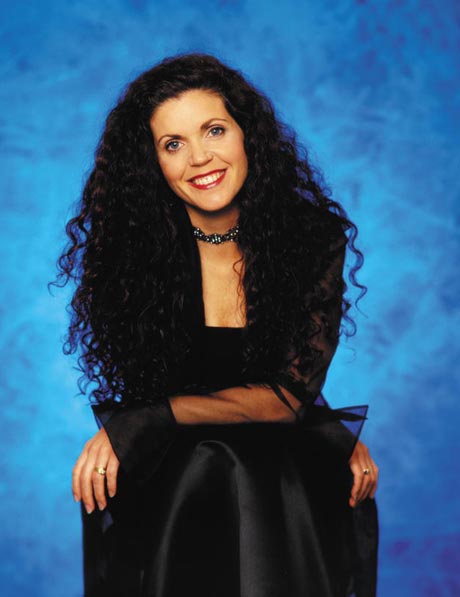 It is a work that also has quite a confined target market, hence my initial hesitation over the new team choosing it to open their ‘all new’ season, rather than something that would be sure to entice new subscribers.

Could not but also help imagine how wonderful it would sound sung in the now completed St John’s Cathedral, rather than at QPAC. The atmosphere and architecture that resonates would have surely heightened the drama, as it re-tells the compelling story of the events leading up to Jesus the Christ’s crucifixion. The  music builds with such great and aching intensity that audiences cannot help but be swept along in the whole drama of the piece, which ends always in ‘tears of grief’.

First staged by Lindy Hume in 2005 in Western Australia, this production is sung in German with English translations. The role of the Evangelist will be performed by Swedish soloist Leif Aruhn-Solén, who narrates the story with half sung, half spoken recitative while the role of Jesus will be sung by New Zealand bass baritone Paul Whelan, winner of the 1993 Cardiff Singer of the World competition.

The simply sublime soprano Sara MacLiver, an experienced and leading early music exponent, will add her thrilling rich and resonating voice to the enormous build up of ‘polyphonic and harmonic tension’ that happens throughout the score. Opera is, should be and always remain an ‘elite’ form of art, but never elitist. Cinderella, the rags to riches story that virtually everyone enjoyed as a child, will be brought to life by Lindy Hume in an all new production of Giachino Rossini’s original creation. Dickensian London will inspire the design by Dan Potra.

This will be a trans-Tasman production in collaboration with New Zealand Opera, a new partner for Queensland Opera. It will be sung in English accompanied by the Queensland Symphony conducted by Wyn Davies and Simon Kenway, who are taking turns. First performed in 1817 the fact that the story is so familiar will assist audiences to relax and enjoy the ‘vocal fireworks’. Interestingly Li Cunxin, the new Artistic Director of the Queensland Ballet has chosen Ben Stevenson’s Cinderella as a centrepiece of their 2013 program as well. One will be a ‘dark and deep interpretation of Rossini’s masterpiece’ while the other will be viewed as being in a pretty and positive light. Those who are fans of both opera and ballet should enjoy a rare treat.

Giuseppe Verdi’s opera Otello is considered his penultimate work and a grand masterpiece that has since its debut in 1887 at the Teatro alla Scala, Milan, been a constant success.

The music is simply sensational.

At The Met in New York their production featuring Plácido Domingo as Otello and Renée Fleming as Desdamona (pictured below) has already entered legendary status.

The cast in this instance will be led by renowned singer Kristian Benedikt, a dashing Lithuanian tenor who will be playing opposite Australia’s Cheryl Baker as Desdemona, England’s Douglas McNicol as the scheming Iago, Australian born Italian based Aldo di Toro as Cassio, New Zealand born Sara Castle as Emilia, Australia’s Virgilio Marino as Roderigo, Andrew Collis as Lodovico, John Antoniou as Montano and Guy Booth as Herald.  The monumental choruses will be sung by Opera Queensland’s Chorus. The Opera Queensland production will be an international affair, with Cape Town Opera, West Australian Opera, NBR New Zealand Opera, State Opera of South Australia and Victorian Opera all joining in to bring this production to fruition.

It will be conducted under the watchful eye of Johannes Fritzsch, Chief Conductor of Queensland Symphony Orchestra and the Graz Opera and celebrates the Verdi Bicentenary.

At its premiere performance the second cello, Arturo Toscanini is accredited with saying ‘Otello is a masterpiece. Go on your knees, Mother, and say ‘Viva Verdi’.

Opera remains a significant tradition in western culture because it celebrates love and life. It also reflects the classical maturity of our society, while expressing its contemporary attitudes and philosophies, fashions and passions.