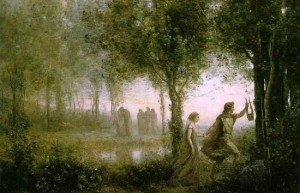 Joseph Haydn’s Orpheus is an opera in Italian in four acts, the last he ever wrote. The libretto, by Carlo Francesco Badini, is based on the myth of Orpheus and Eurydice as told in Ovid’s Metamorphoses.

The story of Orpheus has fascinated composers and librettists over the centuries. Pinchgut Opera presented Monteverdi’s wonderful version of the story in 2004 (Orfeo) to wide acclaim.

In 2010 this simply splendid Sydney based opera company will present the first professional production of Haydn’s version to Australian audiences.

Composed in 1791, the opera was never performed during Haydn’s lifetime with its first performance, surprisingly, was in 1951 in Florence with a cast including Maria Callas and Boris Christoff. After Haydn’s patron Prince Nikolaus Esterházy died in 1790, he travelled to London where he received a commission to write several symphonies.

The impresario John Gallini also offered him a contract to write an opera for the King’s Theatre, but due to a dispute between King George III and the Prince of Wales, he was refused permission to stage it. As a result, the score was never completed and some music appears to be missing.

The 2010 Pinchgut production will be simply staged, with a set and costumes and emphasis on the music at the highest level. The cast will include soprano Elena Xanthoudakis as the double part of Eurydice/Spirit and tenor Andrew Goodwin as Orpheus.

The opera makes extensive use of the chorus, which will be Cantillation, and Antony Walker will conduct a classical orchestra (Orchestra of the Antipodes) that will include Erin Helyard playing fortepiano.

Pinchgut Opera began in 2001 as an idea to give audiences a different experience of opera and make opera accessible to a whole new audience. Its aim is to showcase Australian talent, performing fascinating lesser-known masterpieces in an intimate venue with an excellent acoustic. L’anima del filosofo will be the Pinchgut’s ninth production. 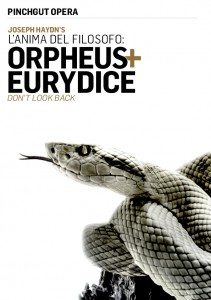 St Mark’s Basilica at Venice is one of Italy’s most famous Roman Catholic churches described by nineteenth century English art critic John Ruskin as ‘a vision out of the earth…a treasure heap it seems, partly of gold and partly of opal and mother of pearl’. The great domes of St….