Over that time, they have explored new ways of presenting the beauty and deep connection that exists between the early music of the Baroque period in Europe, our humanity and spirituality.

Now they are going beyond, taking that experience into a new realm, as they encounter the mystical qualities that exist between humankind, music and the spirit, as well as the separation that exists between west and east.

It’s not just about music as art and the evolution of our culture although all of that is important. It is also about recognising that despite known differences and viewpoints, there is a great deal we can share in common all over the world that should help bring us closer together.

During my lifetime I have only heard about the so-called ‘whirling dervishes’ and as yet have not had the pleasure of experiencing their performance, especially at Istanbul.

Now we can all enjoy an encounter of the first kind without having to travel, because they are visiting Sydney between the 22nd and 31st October 2014. 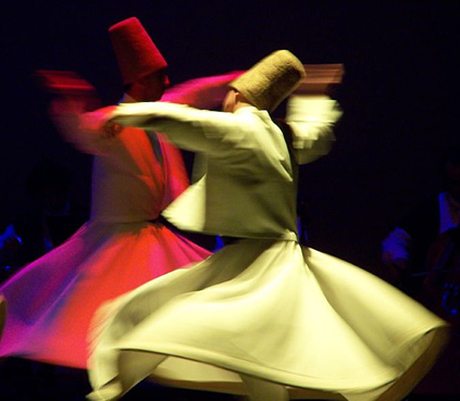 Thanks to director Paul Dyer, the ABO will present a very special program as part of their 25th anniversary celebrations, Ottoman Baroque Brandenburg & the Whirling Dervishes at City Recital Hall, Angel Place, Sydney.

This wonderful evening of very special music will be a highlight of the ABO’s special year on stage, a wonderful shared experience.

The musical journey we will go on together is important in a cultural climate of creativity.

This happened when the Ottoman state emerged as a result of the disintegration of the Seljuq sultanate in Anatolia. 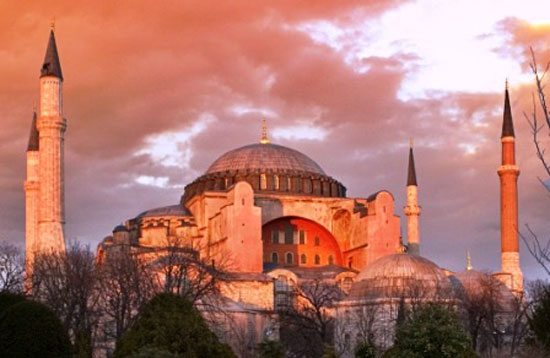 In 1453 their expansion culminated in the Ottoman capture of the former Byzantine city of Constantinope (Istanbul).

This was when the amazing Hagia Sophia, the former great Byzantine Christian church, was transformed into an imperial mosque.

It became a source of inspiration for Ottoman architects including its dome, inspired by the one surmounting the Pantheon at Rome, the only surviving dome from ancient times.

The dome was one of the most powerful defining characteristics of 17th century ‘Baroque architecture’ in Europe, with musical harmony an important aspect of its ancient measurements.

It was the Persian Sufi poet Rumi (d. 1273) was the Mevlana or master who gave the order, or fraternity of Muslim mystics its name.

Founded originally in Konya (Qonya) in Anatolia (modern day Turkey), for the concert a direct descendant of Rumi, Esin Çelebi Bayru, will travel to Sydney with the group of musicians and dancers to be here for this landmark event. The Mawlawyah ‘whirling dervishes’ will observe and perform what has become a serene Sufi ritual.

We will all then travel together with the ABO on the musical journey planned by Paul Dyer, taking the audience from an exciting time in Europe during the Baroque period to the exotic lands of the east in a rich encounter of the musical kind.

“The imaginary traveller idea was central to connecting the geographical, cultural and spiritual journey across Europe to the Middle East,” says Paul Dyer.

As we progress we can all reflect on ‘the riches, mysteriousness, influences and exotic sounds of the far away eastern Orient’, which has always been particularly alluring to people of the west because of its ‘exotic’ overtones.

This is the age-old city of the Roman Emperor Constantine who established Christianity as the religion of the Roman Empire in the city called Byzantium, which was standing at the crossroads of west and east.

The Whirling Dervishes perform by spinning on their right foot to the accompaniment of musical instruments. The objective is reaching the point or pinnacle of perfection available to humankind.

They will bring the planned musical journey from west to east to a deep spiritual and physical end. 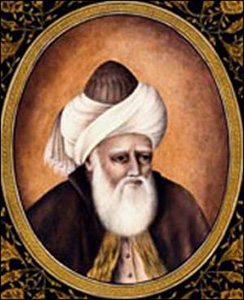 The program includes one of my favourite pieces of ‘exotic’ music from the Baroque period in France, a perfect opening for the show will be the Turkish-inspired march composed by Jean Baptiste Lully (1631 – 1687), he of ‘noble simplicity and quiet greatness’ a master of the French Baroque style at the court of King Louis XIV (1638 – 1715) at Versailles.

It is from the comédie-ballet Le Bourgeois Gentilhomme written by Louis XIV’s favourite playwright Jean Baptiste Poquelin, known as Molière.

It is intermingled with music, dance and singing and was first presented on 14 October 1670 at the Chateau Chambord in the Loire Valley.

This wonderful piece always make me feel as if I want to leap to my feet and dance. It was brought back into modern contention by the inspired recording of it by Jordi Savall and the Concert of the Nations. Dressed in period clothes they played it in the 1991 movie Tous les Matins du Monde (All The Mornings of the World) with Gerard Depardieu wielding the baton in the hall of mirrors at Versailles. Watch the video. Next on the program will be music by Lully’s pupil Marin Marais (1656-1728), notably the piece he composed to showcase his own complete mastery of the viol – Sonnerie de Sainte Geneviève du Mont-de-Paris (The Bells of St Genevieve).

Written in 1723 it is probably his most famous work for viol accompanied by the violin, harpsichord and basso continuo in a thought-provoking piece written when he was a court musician.

Leaving France behind we will travel to Germany for George Phillip Telemann (1681 – 25 June 1767) and his take on the Turkish sound and style.

Self taught, Telemann’s Overture-Suite in B-flat major “Les Nations”, TWV 55:B5 Les Turcs is composed around the theme of travel. 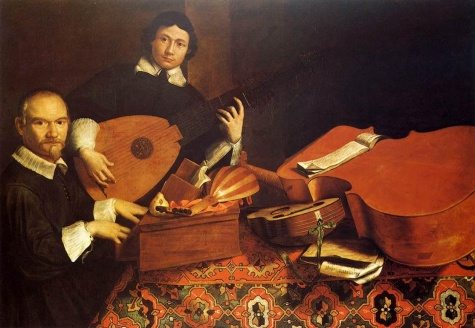 During the 17th century in Europe the exotic east became a lure because travel was becoming an important interest of those with the ready necessary able to plan to go on such a journey.

Greater periods of peace occurring than ever before were indeed enticing people to move about, although those that went certainly more than often took their own life in their hands, and it was far from secure or safe.

As we jog along on Telemann’s journey we can imagine ourselves encountering other cultures, culminating in a visit to Turkey interestingly via perhaps the most through the ‘sarabande’ or bourree, both Spanish dances with ‘Moorish influence’.

The term Moorish continues in use today to describe the art, architecture, and high culture of Muslim peoples. It is synonymous with the Moors, who were of mixed Arab, Spanish, and Amazigh (Berber) origins who invaded parts of Spain in 711.

Then it’s off to Italy home of Baroque architecture in the ‘grand manner’ where Allegri’s amazing choral masterpiece the Miserere, which was saved from extinction by Austria’s child genius Wolfgang Amadeus Mozart who aged 14 heard it and wrote it down.

It has been performed in the Sistine Chapel at the Vatican since 1630 and if ever there was a piece of music that is not only sublime, but also at the pinnacle of perfection it is this one.

Spain is next, where we can certainly dance a Fandango by Boccherini or go on to Greece to enjoy a ‘Hasapiko dance’.

When we do arrive at Turkey, we will experience both traditional and improvised music  of the style that accompanies the Mevlevi Ritual of the Whirling Dervishes.

There are those friends and colleagues of mine who have watched their performance in Istanbul and said it was amazing, impacting on their inner well being they said, while giving them an important sense of the beauty that abounds in all faiths and cultures on earth.

“Ottoman Baroque will not only be a spectacle but also a powerful and moving experience,” says Paul Dyer. “This is a landmark event in Brandenburg history which will expand our experience of baroque music and instruments. Not to be missed!” ON STAGE IN OTTOMAN BAROQUE

Musicians of the Greek Mayhané tradition and dancers

The vogue for spending mid-summer in a mountain retreat between 1870 and 1915 in the Blue Mountains at Leura in NSW, Mount Macedon in Victoria, at Stirling in the hills of Adelaide and Toowoomba in Queensland led to the establishment of large well planned luxurious European style gardens. As they…