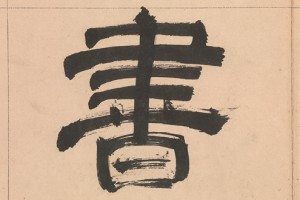 “Knowledge comes from seeing much” is a particularly relevant comment for students of art. The Chinese dynasty known as Ming seems relatively near and modern in the long context of Chinese history. In 1368 when it began, many scholars consider the supreme periods of the major arts, such as literature, calligraphy and painting had already passed. Out of Character: Decoding Chinese Calligraphy—Selections from the Collection of Akiko Yamazaki and Jerry Yang an exhibition at The Metropolitan Museum of Art in New York has been designed to introduce viewers to the art of the written word that was prized above all other visual art forms in traditional China. It will open on April 29, 2014. Filling one huge wall of the highlights of the exhibition is the 16th-century album by Wen Peng (1497-1573) called The 1000-Character Classic; consisting of 85 leaves of Chinese script. In China scholars and scholar-officials were taught the ‘arts’ of poetry, painting and calligraphy during the 11th century and the Northern Song Dynasty (960 – 1127). It is at this time the development of printing became central to a great burst of intellectual activity. In 105 there was the discovery of paper, traditionally credited to the enuch Ts’ai Lun and Feng Tao, traditionally regarded as the inventor of printing, presented the royal family a complete edition of the classics in 953. It was the Sung dynasty who reaped the benefits of this new aid to scholarship and learning. 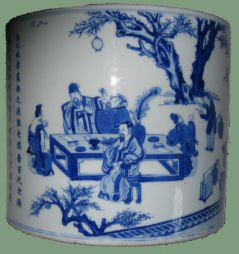 As in the courts and great houses of Europe there was a very rich and symbolical language, which people read because they were visually aware and well acquainted with the stories. So it was the same in China. By the late Ming Period c1573-1644 new developments in the ancient arts of calligraphy and painting occurred through mutual discussion and creative interaction. The selection of works and their interpretation are intended to speak to beginners and specialists alike. 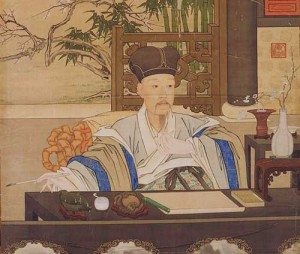 The works the literati of China produced was all about heightening an awareness of the artist as an individual and introduce the key concepts of format, script type, and style. An artists position in the world and relationship with his peers was assured in China and artist scholars attained a high level of artistic merit, especially when it was tinged with extreme, poetic elegance that reflected a healthy attitude towards the development of art and society together. Emperor Ch’ien-lung (1711-1799) understood this and was recorded in his scholarly surroundings when painted by a Jesuit priest Giuseppe Castiglione, who lived at the court of three Chinese emperors and is renowned for introducing ideas of perspective into Chinese art. 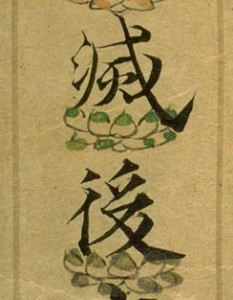 Some of the most notable works on view will be: a transcription of the Buddhist text The Lotus Sutra (Miaofa lianhua jing) by Zhao Mengfu (1254-1322); a scroll of poems written in powerful cursive script by Xiong Tingbi (1569-1625), a Ming general charged with defending the Great Wall; a cluster of works by 17th-century Ming loyalists; and an important group of 19th-century pieces by the masters of the “Epigraphic School,”. If you are living in, or visiting New York, The Met offers a gateway into the rich tradition of Chinese Calligraphy. There are also educational programs and tours. Exhibition Dates: April 29–August 17, 2014 Exhibition Location: Chinese Paintings and Calligraphy, Galleries 210-215.