Up until now, the continued success of Starz TV series Outlander has been carried by its two main stars, Sam Heughan as Jamie Fraser and Caitriona Balfe, as his time travelling wife Claire.

Fans around the world have followed their adventures faithfully, because of their ability to involve the audience in their romance. Up until this point we have believed in them both. The message they have delivered so well; hope is at the heart of love. Now mid series four, from episodes 7 – 13, the focus switches to the next generation; first their nephew young Ian Murray (John Bell) whom they followed to America to rescue at the end of season three, and then their own daughter Brianna, who they believe is living safely in the future.

Don’t Read Any More if You Don’t Want Spoilers! 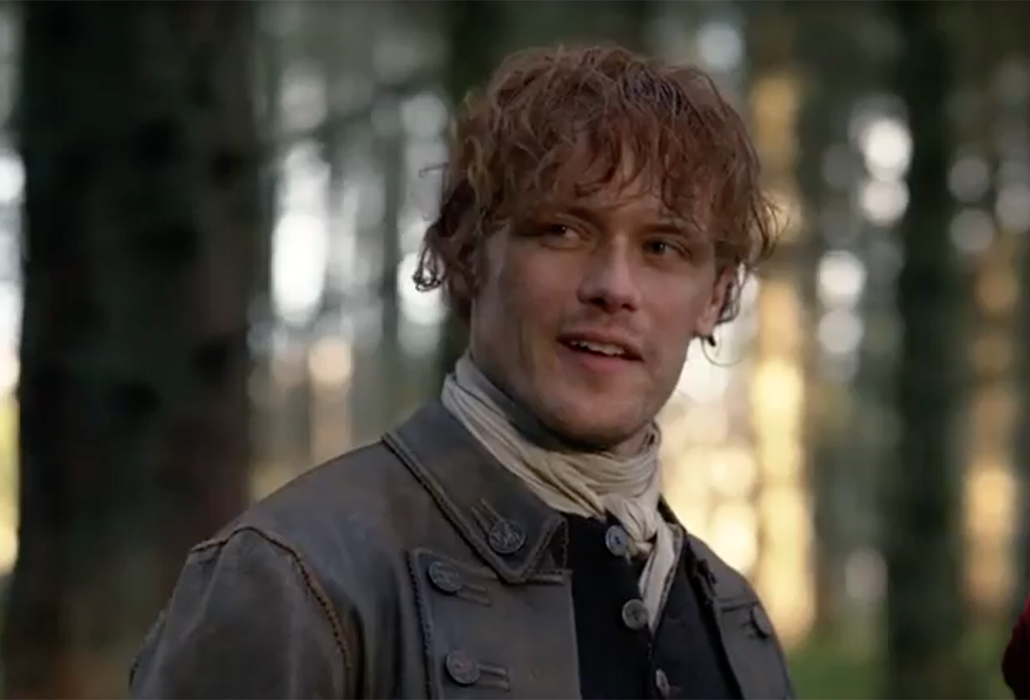 By series four, one would have thought it would be Jamie Fraser’s patience and intelligence, which would be coming to the fore, especially now he’s ageing.

He has certainly proved over time, he is a man of worth by leaving his son with his friend Lord John Grey, knowing he will have a better life. 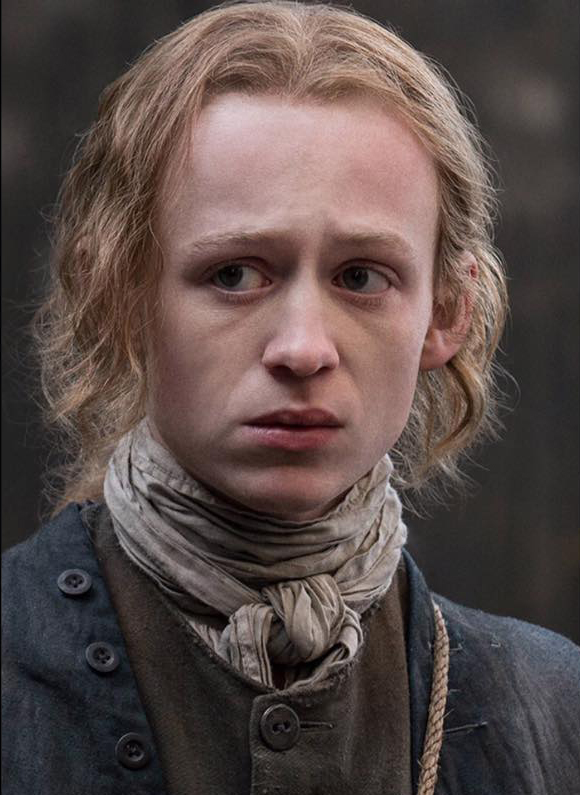 Jamie also passed the baton to his nephew Ian Murray in this series.

Ian Murray is an impressive young Scot, one who continues to bring credit on himself and his relatives as he grows to maturity.

He is a young man of courage, kindness and inner strength.

He is not only able to embrace changing circumstances with great elan, but also able to make the best of every experience, which comes his way.

This includes surprisingly in this series four, going to live among the Mohawk as a matter of choice. 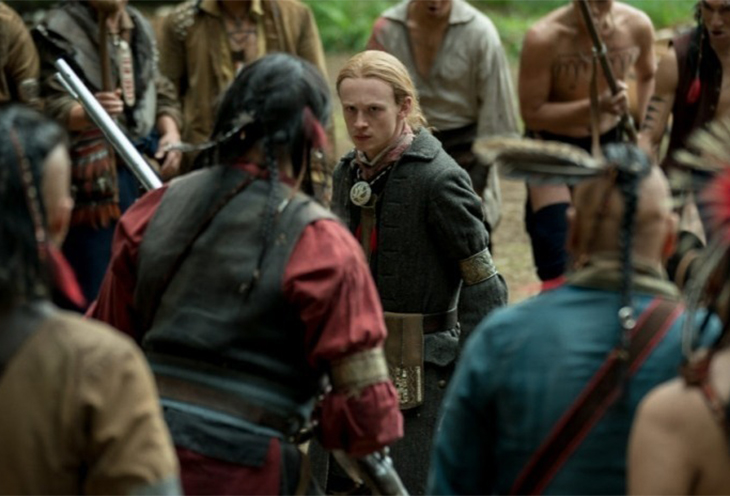 His journey and its story is certainly easier to embrace than that of his cousin and the man she loves.

Starting in Episode 7 of Series 4 the focus switches to Brianna (Sophie Skelton), Jamie and Claire’s daughter.

She not only travels back in time to eighteenth century Scotland, but also sails for the American colonies, where she is involved in ensuring life for everyone she comes in contact with, changes. As she began her journey, for me, hope began to fade. 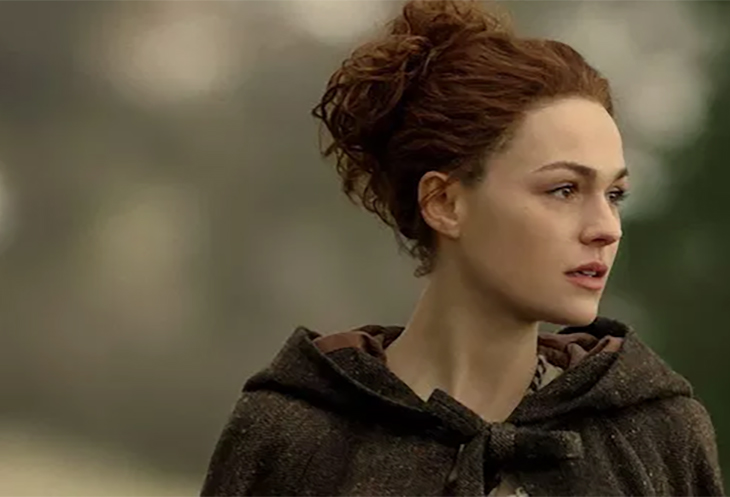 Going through the stones at Craig n Dun, Brianna leaves academic and historian Roger Wakefield (Richard Rankin), her intelligent dreamer and devoted would be lover, behind.

She wants to save Claire and Jamie from losing their lives in a fire, which Roger has discovered evidence of back in the 20th century. Instead of asking for Roger’s help, she sticks her chin up stubbornly and goes it alone. You would think a reputedly well educated 20th century young woman would know better.

To say Brianna’s journey through time is traumatic, is an understatement. To say Roger following her, would take the turn it does… well, we would have to think astonishing, which it certainly turns out to be. 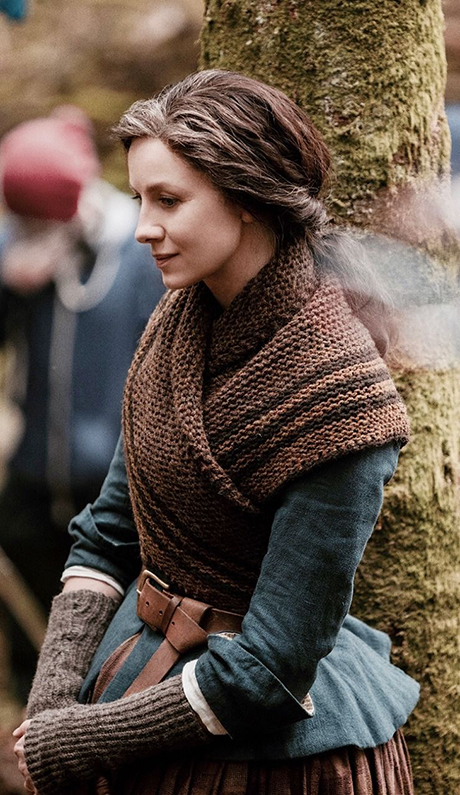 Facing the harsh and brutal truth about the evolution of society during America’s past as presented in this series I am sure will be very difficult for a great many fans, especially those in the US.

Must say I struggled with these episodes; for me they have been massively disappointing, hence one post about them.

The author has not only gone off the well beaten path to success, but also strayed into a place where everything and everybody becomes stuck in a mire of misadventures.

It’s not the being in America for me that has been the problem. It is the way the author has taken two characters her audience embrace, admire, respect and love and set about changing who they are. 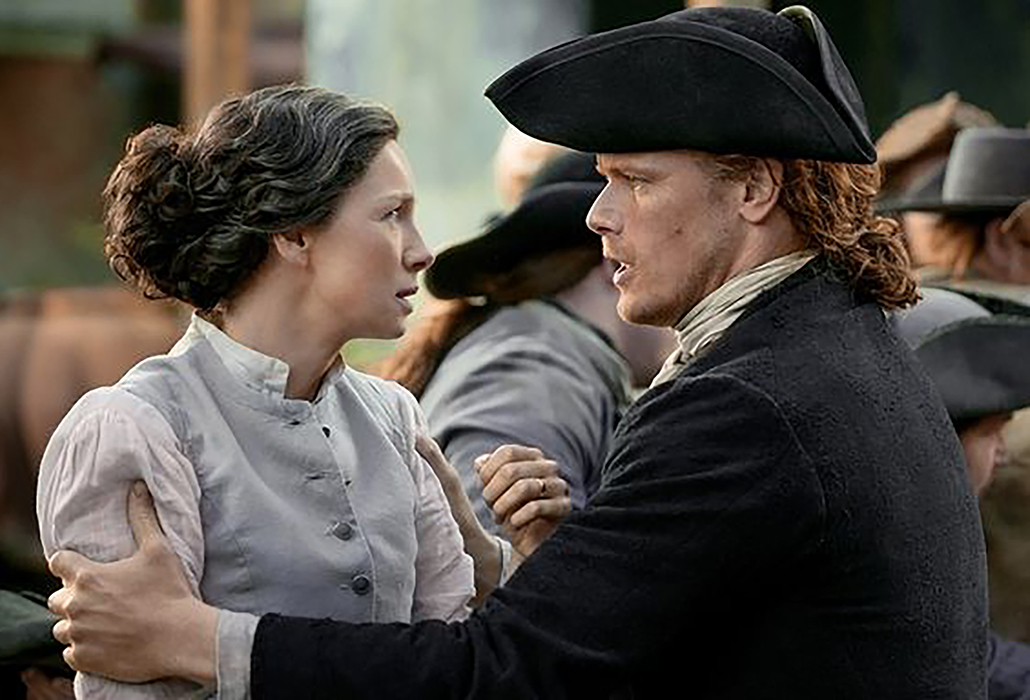 She has them met morphing from being honest and true with each other to being all at sea with the storyline going down, especially Claire.

Except for one or two very special moments early in this series, Claire gradually from this point on becomes a shadow of her former self. In many scenes she has no dialogue at all and often looks lost and embarrassed about what is happening. 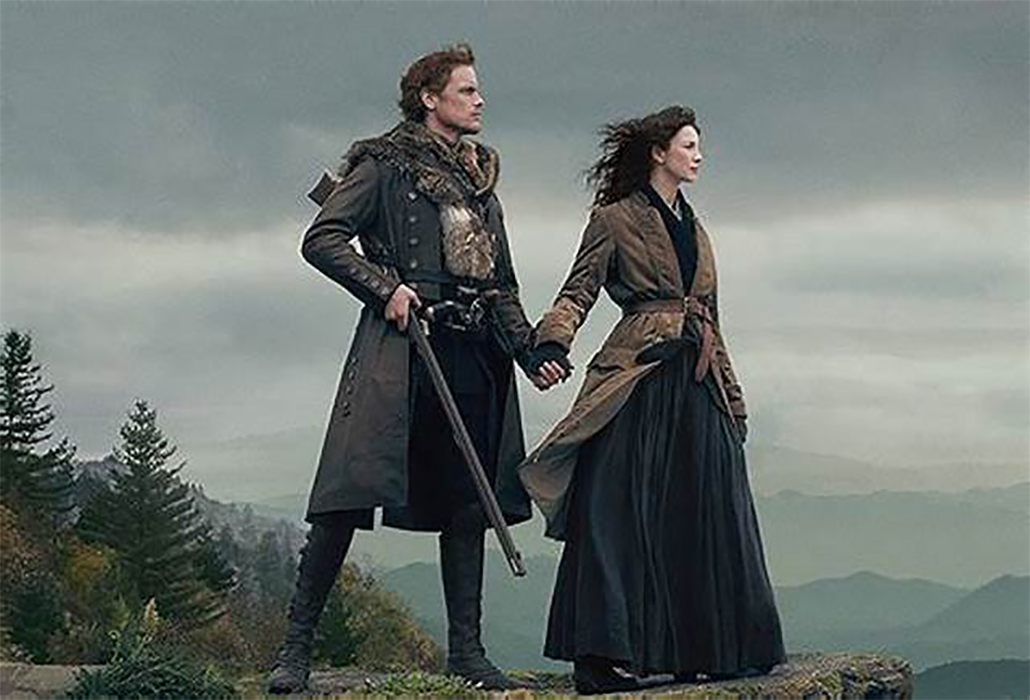 Jamie too has always been a man of great integrity; it’s one of the reasons his fans like him so much. If he hadn’t been in so many ways able to deal with the moment, he and Claire, wouldn’t have survived all they have gone through in the first three series.

We are now asked to believe he is like a leopard changing his spots, especially in regard to his wife and daughter. He is failing to communicate with them at all, especially since learning his beloved daughter has been violated.

Then, when a stranger arrives at Fraser’s Ridge he and Claire’s new home in America, Jamie just charges up and beats him virtually to a pulp, before talking to him or checking he has the right man? 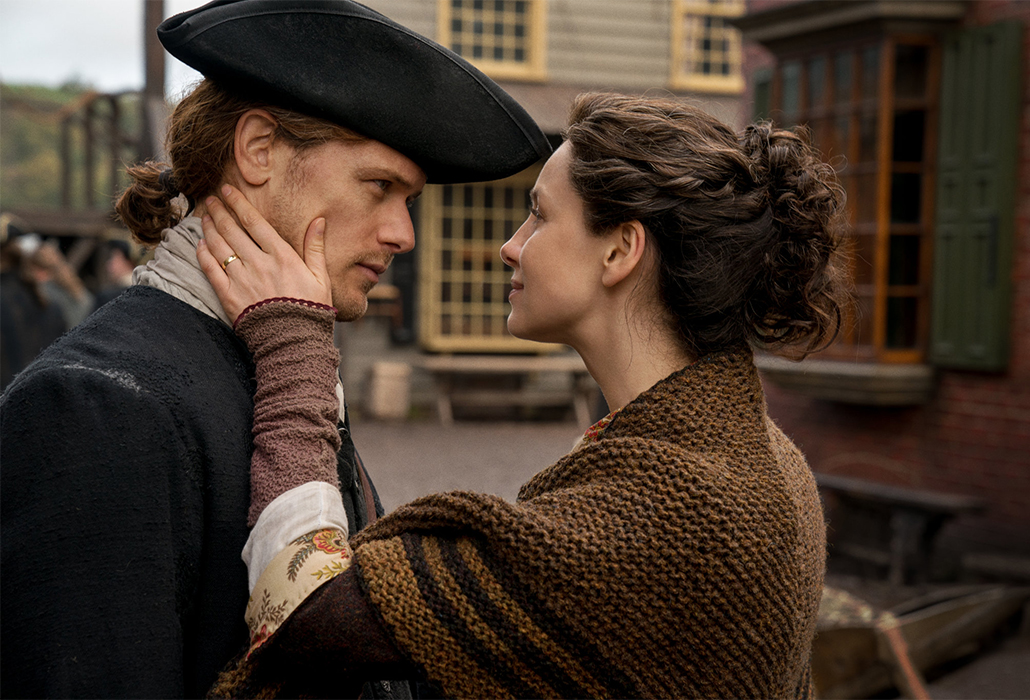 The Jamie we know, despite being a fiery red head with a temper to boot when he was young, would have now surely been a man of such unique experiences by now he would have made sure he had his facts right before taking such heinous action.

On top of that, he sends young Ian to sell the stranger off immediately to the local indigenous as a slave, before they head out to make the trek to their main camp for summer, which is six months journey away in New York. 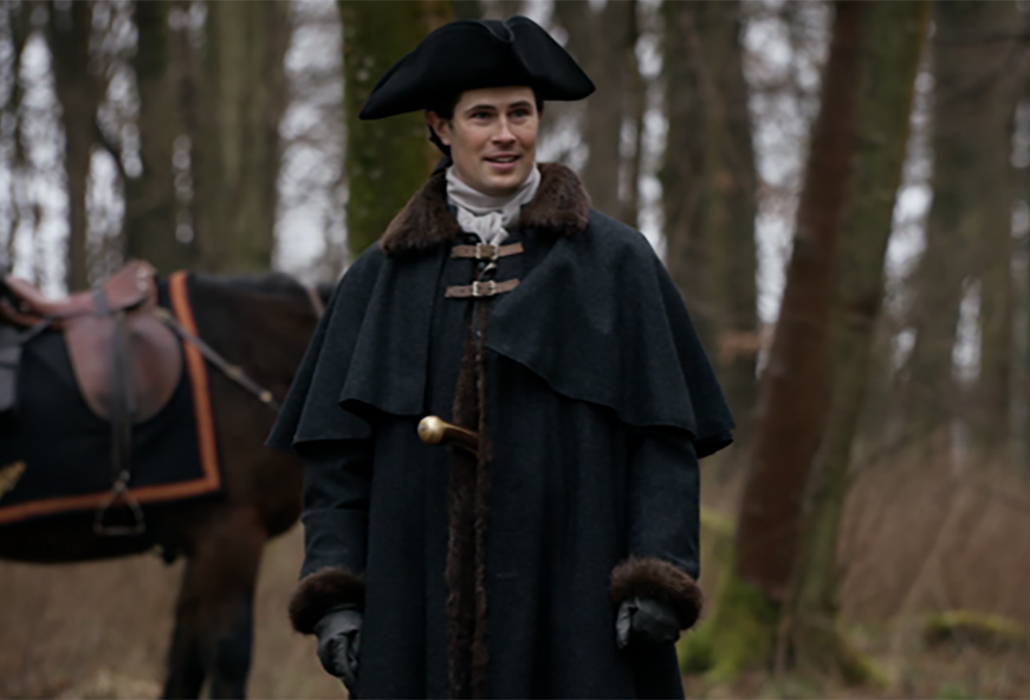 These episodes tell the story of Brianna, her violation, her pregnancy, her stay at River Run, her developing friendship with Lord John Grey (David Berrry), her strange and pointless confrontation with the man who rapes her Stephen Bonnet (Ed Speleers), as well what she and her parents Claire and Jamie suffer as they leave Fraser’s Ridge to try and fetch Roger, the man their daughter loves to bring him home again.

She has told her parents how she pledged her troth to Roger and now expecting a baby, wants them to bring him back home. She promises if they don’t, the consequences will be dire. I’ll leave it up to you to take in this journey without too many spoilers. I’m too disheartened to write much more.

Would have to say however, from my point of view, if Outlander does come back for Series Five, it will be their last; felt very sad as the Series 4 finale ended, because I felt as if I had lost two very good friends in awful circumstances.

Thursday the 7th of August was Australian department store Myers’ night of nights. Time to showcase their spring/summer collection, and they did it in great style. As with David Jones, there have been a few defections to the Myer stables. This year they welcomed the afore mentioned Little Joe Woman…