Painting Paradise: The Art of the Garden will be on show at Buckingham Palace in The Queen’s Gallery from 20th March to 11th October 2015. One of its main aims is to provide information through the world of art, on the evolution of the ‘art of the garden’.

Curators of the Royal Collection Trust will bring together paintings, botanical studies, drawings, books, manuscripts and decorative arts depicting the development of the garden and its inherent symbolism from the sixteenth to the early twentieth century. It is in grasping the ideas contained in their conception that is significant.

This show will be a unique celebration of the fusion of arts with culture, and its appeal to artists in every period. They will provide us with imagery reflecting intellectual and philosophical ideas and social change.

It presents images embracing the concepts of the idealized ‘paradise’ garden, a place where humankind and nature meet in harmony.

A splendid painted miniature Seven Couples in a Garden, c.1510, depicts a group enjoying the pleasures of a ‘paradise garden’. It is the earliest illustrated Islamic manuscript in the show.

It depicts a beautiful Persian garden with an octagonal pool, plane and cypress trees, and elaborately tiled pavilions that has been laid with floral carpets.

‘And a river went out of Eden to water the garden and from hence it was parted and became into four heads’. To understand the development of the medieval garden in west and east it is not enough to know how gardens were laid out or which plants were grown but how it developed in ancient times.

An apprehension of the divine and the world of Muslims and Christians is central to our understanding of Painting Paradise: The Art of the Garden and art is the medium through which that journey can take place.

The origins of the idealized garden were encapsulated in the words of the Song of Solomon from the Old Testament book of Genesis 2:10

A garden locked is my sister, my bride,
A garden locked, a fountain sealed.
Your shoots are an orchard of pomegranates
With all the choicest fruits, henna with nard,
Nard and saffron, calamus and cinnamon,
With all trees of frankincense, myrrh and aloes, with all chief spices
– a garden fountain, a well of living water, and flowing streams from Lebanon

The four square garden signified the four quarters of the universe with the four rivers of life intersecting at the garden’s centre.

This is based on an idea older than Islam and Christianity and could even predate the ancient Persian Empire. Scholars today believe the Old Testament reached its present form during the Persian period (538-332) BC.

Attached to all the cultural traditions in the world is, in ancient times, that of the great hunting parks where Kings and courtiers all defied death and the elements.

It helped them to project an image of both status and power, showcasing their ability to defy nature and to take control, especially in a crisis. It also proved their strengths. They overcame the fears attached to great forests, worries surrounding wildernesses, and eventually pursued a private passion for customizing gardens to suit a philosophy, time and place.

On the summit of the hill was a palace with galleries, halls and chambers, disposed around a fair and spacious court, each very fair in itself, and the goodlier to see for the gladsome pictures with which it was adorned; the whole set amidst meads and gardens laid out with marvelous art… if there was a paradise on earth, it could be in no other form, nor was it possible to add anything to it’ * In Europe during the Middle Ages man was convinced of a relationship between the Creation and his own creativity. God had made man; therefore what man made was only once removed from God and, accordingly, had to be worthy of him.

For the first time since Europe descended into chaos as the pax Romana (Roman peace) collapsed during the sixth century, gardening was once again described in aesthetic rather than just useful terms and trees and flowers planted for their decorative qualities. Many plants had useful, as well as symbolic roles To understand the state of learning during the middle ages, a painting by Dionisio Baixeras, which hangs in the great hall of Barcelona University, depicts the arrival of the monk Nicholas at the Court of Cordoba an envoy of the Byzantine Emperor Constantine VII Porphyrogenitus (913-959). He was sent to translate the text of the ancient Greek physician Pedanius Dioscorides – the De Materia Medica into Arabic.

This was the most important of all the early herbals, the standard work for consultation for nearly 1500 years during which it was hand copied and translated into almost every language including Arabic.

A physician, pharmacologist and botanist, Dioscorides was a surgeon with the army of the emperor…so had travelled extensively seeking medicinal substances from all over the ancient Roman and Greek World.

The five volume opus De Materia Medica was a precursor to all modern pharmacopeias and included the names, descriptions and healing virtues of herbs actually seen by him, together with recommendations for observing their growth, how to harvest them “when the weather was fine” and also for storing them. The city of Madinat al-Zahra north west of Cordoba in Southern Spain was a major centre of botanical studies during the 10th century and a scholarly centre of learning in Western Europe. The idea of a medieval European pleasure garden was first recorded in c1260 in Albertus Magnus’ De Vegetabilbus et Plantis.

It contained practical advice culled from the Roman observer of history Pliny the Elder in his Historia Naturalis Book XXII ‘on the importance of herbs’.

Pliny’s opus had been written during the 1st century and it had also remained influential throughout the Middle Ages in Europe, a great repository of information from antiquity. They regarded these works as  valuable for the future of mankind although they had the added benefit of aiding the ambitions of a great many ‘top’ people who knew about them.

As time progressed it became considered highly appropriate to embellish the covers and interiors of books that contained wonderful words with beautiful imagery, which allowed for the viewer to experience aesthetic pleasure.

This is an experience from then on that all humans wanted to retain and one we enjoy in abundance today via the aid of technology.

Beautiful imagery did then, and still does now; make us feel good about the world around us and ourselves, as well as aids our understanding of it.

To mark the starting point where the show at the Queen’s Gallery starts, is that moment where humankind was emerging out of the medieval ages inspired by new ideas of humanism. Before the 15th century most European images of gardens only appeared in illuminated religious manuscripts, an art practiced by monks in a scriptorium but all that was changing as the Pope travelled around monasteries with scholar-secretaries.

Giovanni Francesco Poggio Bracciolini (1380-1459) worked for Boniface IX, Innocent VII, Gregory XII, Alexander V and John XXIII. He is attributed with discovering a great many texts in monastic libraries in Italy, France and Germany, including the 1st century manuscript of Marcus Pollio Vitruvius, an architect during the Augustan 1st Century at Rome. It contained the recipe for concrete.

He deciphered and translated many with great difficulty into Latin, which he considered the only language for people of the educated classes. He is also attributed as being the first person to describe the ‘ruins of Rome’ and  could be said he founded the scholarly practices now associated with archaeology.

It was during the sixteenth century that pilgrims first started traveling extensively around Europe and Greece in search of historical truth and the ‘plants of the ancients’ that knowledge about was being disseminated. 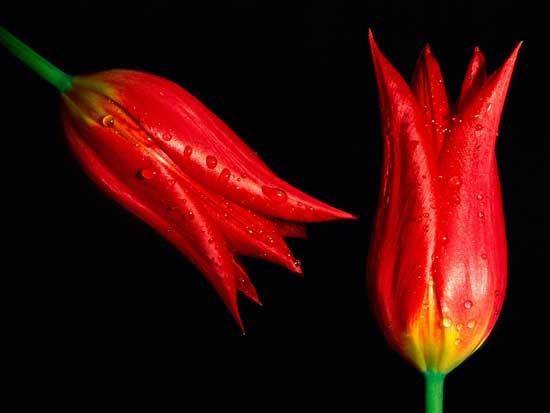 At this time the European plant world began to change with the introduction of oriental bulbs. This is also the time when the science of botany broke away from medicine, to which it had long been subordinate and new flowers were introduced to the public in countless books.

Spanish Ambassador Ruy Gonzalez de Clavijo was one of the first European travellers to write about the paradise gardens that he encountered on his journey.

Henry III of Castille and Lyon had sent him as an Ambassador to the court of Tamerlane at Samarkand in 1404, where following a long and arduous journey, he was captivated by the beauty and luxuriousness of Tamerlane’s court and garden oasis.

Reports recorded that when Clavijo arrived he found the 70 year old Emperor seated on cushions on a raised dais in front of a fountain, from which the jets of water fell into a basin, while on the surface red apples floated.

This long-sought after first audience took place in “a great orchard with a palace therein” a paradise garden. He meticulously recorded detailed descriptions of the trained and painted elephants he saw, with tent-pavilions of jewel- and pearl-encrusted silks adorned with tassels and banners that fluttered in the wind.

Some of the earliest and rarest surviving depictions of gardens and plants will be on display at The Queen’s Gallery in London starting during the Age of the Protestant Reformation. This was initiated by Martin Luther, John Calvin and others, as well as the reactionary Roman Catholic Counter Reformation that started with the historical ‘Council of Trent’ held between 1545 and 1563 in Trento, Bologna, in northern Italy.

One of the most enigmatic flowers that features often at the time is the violet, which is notoriously shy and somewhat humble as monks and nuns were supposed to be.

Flowing in royal purple, the violet’s petals bring both scent and beauty. When infused the drink would relieve the symptoms of a cold.

They became symbolic of the Virgin Mary’s humility and as such, were considered a noble flower, certainly one to be enjoyed and employed in royal circles.

To be continued. … Painting Paradise: Art of the Garden – Royal Collection Pt 2

*The Italian poet Boccaccio in his literary work the Decameron printed first in 1348 painted a vivid picture of what 14th century villa and garden owned by a wealthy Florentine was like.

Artist John Singer Sargent was devoted to the creation of beauty, reflected in the show Sargent: Portraits of Artists & Friends at The Met, New York until Oct 4