It can sometimes seem like just yesterday that Frank Sinatra warbled the lyrics of his latest song, Come Fly with Me, written by Jimmy Van Heusen and Sammy Cahn. It was at the beginning of the age of the all new ‘clipper’ aircraft flown by the pilots of Pan American World Airways, Pan Am for short – but not for long. It went out of service in 1991 after a spectacular collapse. Founded in 1927 as an air mail and passenger service operating between Key West in Florida and Havana in Cuba, Pan American was an airline that put itself out there to help shape the era of international travel. Its distinctive blue and white ‘global’ logo became an American cultural icon of the twentieth century.

Critical to Pan Am’s international success was the proficiency of its flight crews. The girls who looked after the passengers wore distinctive blue uniforms, with perky little hats and truly ab fab hand bags. They could handle any emergency, especially in the days when passengers were not as well trained to buckle up and sit down as they are now. Despite being among the most highly educated women of their day, before the Pan Am girls stepped on board they were quizzed and ‘weighed’. This was to ensure they were adhering to company policy and retaining the fabulous figures they were chosen for. They were also asked if they were wearing their mandatory  ‘stays’ or girdles. It would not have done for a Pan Am girl to reveal what was really lurking beneath her slim pencil skirt, a pair of bouncing buttocks passengers, and even pilots might be tempted to pinch. 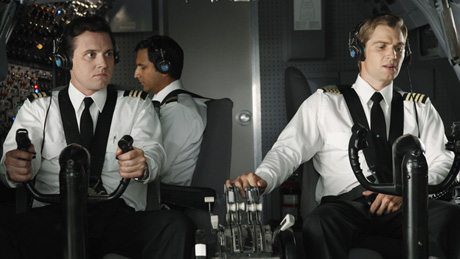 Pan Am Guys - R - L, Dean, Ted and their Navigator

Pan Am led the way in the purchase of all new aircraft following World War II.  They were global business innovators, launching the Boeing 707 and Boeing 747. They were the first to sign options for the Concorde. They also signed off to receive the first supersonic transport the Boeing 2707, which failed to received funding from the US Congress in 1971. Pan Am inaugurated new routes into places where no one had ever flown before, including South America. The fabulous ‘Clippers’ the Pan Am crew flew gained their name from the nineteenth century ‘clipper ships’ that plied the China Trade. The cabin crew consisted of a pilot, second pilot and navigator. They were rigorously chosen and trained to be the best of the best.

What a fabulous era and subject to inspire a new savvy, sleek, stylish and sexy U.S. television series set in the sensational sixties  – Pan Am. At the peak of its success Pan Am carried 6.7 million passengers and its jets flew to 86 countries on every continent, except for Antarctica. The number of scheduled destinations they served peaked at 160.

They were also the first airline into the computer age. PANAMAC was built by IBM and installed in 1964. It occupied the whole fourth floor of the Pan Am Building, which was the largest commercial office building in the world. Then there was the fabulous Worldport terminal building at John F Kennedy International Airport in New York.

This sensational piece of architecture was designed to allow passengers to board and disembark via stairs without getting wet by parking the nose of the aircraft under the huge overhang. It became outmoded when aerobridges were first introduced. A pilot and his flight crew became renowned for making successful landings at fogged-in airports or at sea in Sikorsky S-42 flying boats. They were admired for using celestial navigation at night, like ancient mariners. The Clipper in the show is part computer generated and part purpose built set. Actor John Travolta lent his 707 to help recreate some scenes. His being one of the last three civilian planes of this model still flying in the U.S.A.

In honour of the original Clippers the crew also wore ‘naval style’ uniforms, which was very different to what other crews wore on other aircraft in the Pan Am fleet. They were distinguished by their white caps. The promotional package for the series tells us the show is all about how ‘ a fast, new luxury airline takes to the skies’ and, ‘how the passengers and crew face a voyage whose landscape is shaped by romance, shifting societal values and even international espionage’. What more could we want. The opportunities for writers to come up constantly with fast and fabulous dialogue are surely ‘to die for’. 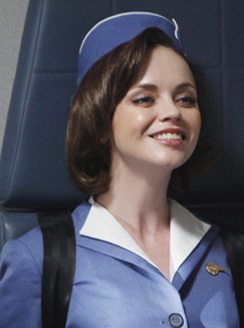 When we hop on board our first Pan Am flight we will find the delightful Head Stewardess Maggie Ryan. She is played pertly and passionately by Christina Ricci, who spends the series tottering around on high hills because in reality, she would have failed the Pan Am height check.  She will certainly look after our every need, while she jumps constantly from the frying pan into the fire. She must surely be a Saggitarian. And just love the way she carries her handbag. 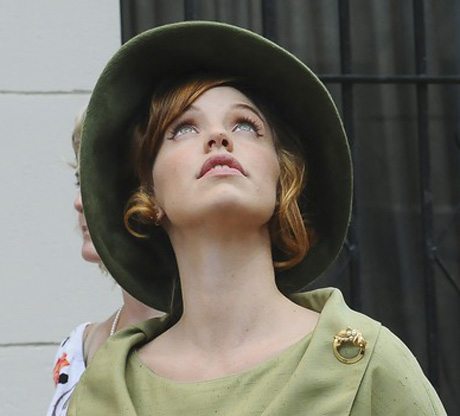 Then there is the passionate Kate Cameron (Kelli Garner), who is also tenacious and tough behind what appears to be a soft exterior. She looks to the welfare of her sister Laura Cameron (Margot Robbie), and yes, you’re right. Sisters should not have been allowed to fly together, but this is television. Kate is an enigma, a well rounded intelligent individual, who has been recruited to spy for her country. This leads her into all sorts of adventures while en route around the world, including aiding an escape from East Berlin.

The ever delightful Colette Valois (Karine Vanasse) is a fine French lady with a lovely lilting accent. She lost her family in the war. With a beguiling flirtatious nature and a heart and soul that runs still and deep, she is also very vulnerable.

Up in the Cabin the very professional Captain Dean Lowrey (Mike Vogel) has a great deal of pride and makes us worried about the inevitable fall. He’s ready always to take risks, including landing his plane right into the middle of a political rebellion. He is an irrepressible romantic, who has just the right amount of charm. Underneath though we also find out that he’s steadfast, as true as they come and, the man in charge.

His right hand man Ted Vanderway (Michael Mosley) was, as his name suggests, born with a silver spoon in the mouth he’s always putting his foot into. Self assured, Ted’s ego can get him into big trouble. However when it comes to facing his own emotions, well he’d rather go out to bat for his friends than truly get to know himself. 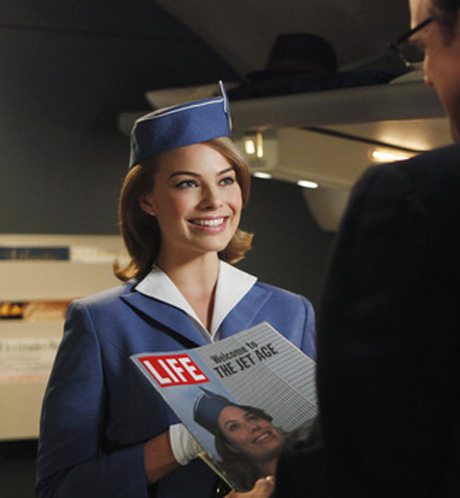 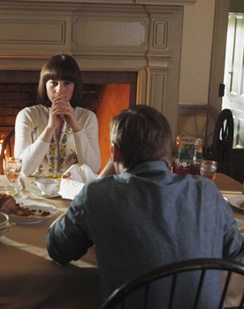 When Pan Am was truly at the height of its fame its hostesses often found themselves celebrities. The company had a policy to use real employees in all their own advertisements. Two appeared on the front page of Life Magazine, one in 1958 and 1968. Laura in the series is that girl. She flees her wedding leaving her husband to be eat the altar to fly with the airline, whose stewardesses received preferential treatment wherever they went in the world.

The girls in the series all are able to wear stunning costumes, including matching hats, gloves and purses. Just perfect for all fashionista’s. Rolex was Pan Am’s first official timepiece and the company used their pilots in their advertising.

With the wonderful personalities from Pan Am you can experience a global adventure, understand how confidence can take you from living a sheltered home town life to becoming a player on the world stage.

You can learn from their mistakes and how to prove your worth. You can enjoy a magical ride on a flight that gives you a front row seat to all those destinations you have always wanted to go. Paris, London, Monte Carlo and Rome – access their history and ambiance, while flying with some of the most experienced aviators of all time. 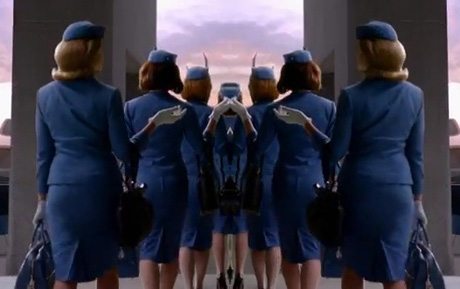 Apparently this series will be on Channel Nine in Australia sometime in 2012 and so we’re all in for a great ride. It’s set in the era when Aussies first fell in love with America. So be sure to look to the skies and watch out for Pan Am.

It’s ‘out there ‘where the air is rarified, where we can just ‘glide, starry -eyed’ – so just ‘pack up and let’s fly away’.

2012 PS. So sad that the network powers that be chose to axe this series, just when it was developing handsomely the characters, the stories and the tales they had to tell, which were all about the triumphs and failures of humanity. So necessary to tell.

Perhaps it was too close to the bone, or to home for many Americans, because like Pan Am, it did not fly for long.

The Christian church as it became organized, discovered singers collectively gather courage to perform as well as gain momentum to give outstanding performances