Contemporary fashion across all areas of art, design, fashion and style today includes having an active sensitivity to colour and its many nuances and textures. They range from complexity to simplicity in reaction to the stresses imposed on our 21st century technologically driven western culture.

A design style from the past, as well as of the present if successful in its aesthetic, favours a colour that has usually conformed to the ‘rule of taste’ of its time. Governed by fashionable concerns, colour throughout its evolution has come to symbolize many things both collectively and individually. The Pantone Colour System preferred by many professionals in the design industry and all aspects of the arts arena, is used extensively. Each year they favour a ‘symbolic’ colour selection, providing a snapshot on society in our global culture, one that embraces the mood of the time and above all, attitude. Young society leaders often embrace the ‘colour of the year’ reacting to what they conceive as the conservative design styles adopted by those of their parent’s generation. It’s understandable as it is part of their own personal growth experience.

Since time began humans have been experimenting with colour, at first as gleaned from its natural sources and from the nineteenth century on, with synthetic colours as they developed. 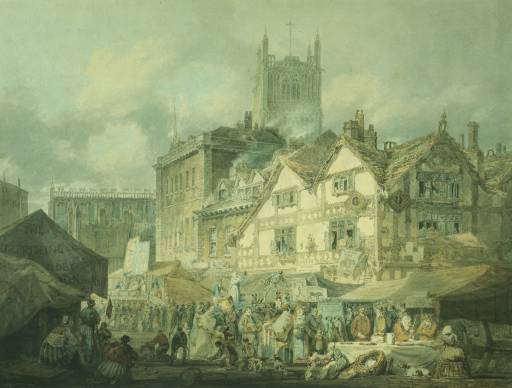 The abstract qualities of Turner’s late colour compositions were considerably strengthened by his status as one of the most innovative and technically gifted painters of his century, a whole new contemporary approach to rendering realism.

He presented his works as sublime studies that today express his own views about light and on colour and atmosphere on which he is now considered an expert. Basically in the history of art he was unmatched in suggesting movement and space through colour notation. The last time I encountered a colour like Greenery, the Pantone Colour of the Year for 2017, which is described as being both fresh and zesty, was when purchasing our first family home in 1968 in the northern districts of Sydney. So this is a personal story.

At the time in our early twenties, my husband and I were operating on a limited budget. We realised we had to go where affordable real estate was available, not try to stay in the city where we would have preferred to be. It was a sacrifice at the time we were willing to make to secure land as we knew then it would become the most highly sought after commodity in the future. Completing my Diploma in Interior Décor, the only course for prospective interior designers available for anyone wanting to enter the industry in Australia at that time, was extremely helpful in making a choice.

By that time I knew how important colour was to people’s perceptions and for projecting a ‘modernist’ image. I also understood for an investment property it was better to use a bank of neutrals for the main colours and to provide fashionable colours as only an accent so the look of the room could be changed simply, cost effectively and as often as you liked.

The house we were buying at this point was only planned to be a short-term option and step one in getting to where we wanted to be in the long term. I had to look at it with an eye to improving it just a little in order to gain the maximum capital gain, while not overreaching ourselves or adding too much value to the house in an area still regarded as ‘old hat’.

If we could find something that could be changed with colour and a few other improvements then we knew we would be able to value add to our investment as by the late 60’s in Australia the economy was finally picking up following World War II, that’s how long it took. When I found the house we were looking for I was able to immediately put what I had learned into effect by imagining how it could be. I remember clearly walking in the door of the three-bedroom one bathroom ten square home and being confronted with a similar limey green to Greenery set off by hot pink walls. Understanding immediately the former owners did not understand how colour constantly changes in the light and by using its intensity you can make objects advance or retreat, basically they had used colour in all the wrong places.

In such a small house as it was, the two colours together were quite simply overwhelming as and where they were applied, and they immediately provoked an emotional response.

My husband hated them on sight and with a passion. However I only saw that as a good thing because I imagined other people our age having a similar feeling.

To say people can be put off or turned on by colour is true… it is all about our perceptions.

I knew we would be able to secure the house at a good price because in those days glaring colour schemes put people off a purchase. Instead of providing an oasis of calm, especially in its main living rooms, for me the colours as used only engendered negative and honestly quite hostile feelings.

My personal belief is a home should be about a sanctuary of calm from the hectic colour-confronting world we live in on a daily basis. As I was pregnant with my first child at the time for me the colours it was painted were important. Also my husband was holding down a very high-powered job that invoked stress, so calming colours were definitely the way to go. Don’t get the impression that I don’t like green. In fact, it has always been one of my favourite colours in many shades from khaki all the way to English racing car Green… and I did at one stage of my life own a sports car that was British Racing Green.

In the world of fashion too, if you are going to wear a ‘green frock’ in any shade you need to do so with confidence. During my lifetime this sort of green has been in and out of fashion many times in both the world of costume and interiors.

Working in the couture fashion industry for just over three years during my career timeline in the design industry, I discovered women in Australia don’t respond at all well to green as a colour to wear, as say women in England do. To my mind it is definitely about the environment we live in. Here in Australia we are surrounded by the sea and the sun shining in an azure blue sky or we encounter the earthy reds, ochres and various shades of browns of our sunburned outback landscape that takes in every shade in the spectrum from the gentle beige of the sand on a beach by the sea shore to the richer intense earthy colours of the countryside.

In England on the other hand, it’s all about rolling hills of green in every nuance of that colour from Lands End to John O’Groats, which seems to be nationally an important expression of their cultural evolution.

Green also works well with red, which is also about optimism a trait many Australians have inherited from their English ancestors. An added attraction is that Green for the English, Scots, Welsh and Irish carries sentimental attachments as well. I grew up at the beach in Australia, so for me sandy beiges and blues set off by ‘black’ are my preference, although I should point out that black is technically not a colour, but an absence of it.

Over the course of the three years we lived in that first house, which was green outside too, I repainted the interior with sandy beige on all the walls of the living area and the hallway.

I replaced the heavily patterned coloured carpet with the ultimate quiet fashion statement, slightly ahead of what is now considered its time, beige shag pile.

Then I added an air conditioner, a timber deck at the back and just some dashes of ‘greenery’ to complete the project and the rest was just changing the colour through paint. Colour wise we ended up with ‘Greenery’ also employed only in the two bedrooms where our first two baby sons spent their first year or two via their wallpapers. My eldest son had a delightful nursery paper covered in images in colours, including that limey green, which remained popular all through the seventies along with orange.

Now in his 40’s, he tells me he remembers that wallpaper well, such was its colour and impact on his active young mind. This brings into focus again how colour can alter all our perceptions and studies over my lifetime have proved just how much it matters, especially as employed to help children have good brain function development.

I should add we sold that house three years later when our second son was one to move to a slightly bigger abode a suburb away. When we did we doubled our money on our purchase in just three years. Yes, 100% profit, unheard of today. A refreshing and revitalizing shade, Pantone Colour of the Year 2017 Greenery is symbolic of new beginnings says Leatrice Eisemen, Executive Director of the Pantone Colour Institute who also notes that “Greenery burst forth in 2017 to provide us with the reassurance we year for amid a tumultuous social and political environment. Satisfying our growing desire to rejuvenate and revitalize. Greenery symbolizes the reconnection we seek with nature, one another and a larger purpose,” she says.

The coming to power of Napoleon Bonaparte (1769-1821) dramatically changed the political and social scene of France and world of costume. Napoleon recovered some of the crown jewels belonging to the former Kings and Consorts of France that had been sold off at the Revolution. Josephine had the Bourbon jewels…