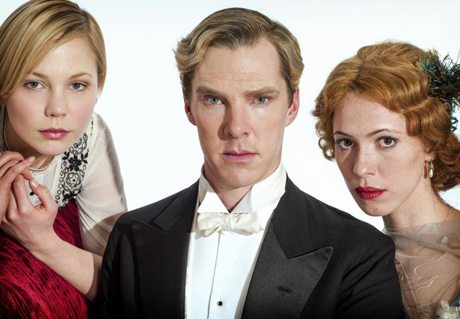 Parade’s End, Ford Madox Ford’s heart-wrenching story set in the dying moments of the ‘halcyon days’ of the Edwardian era, with its television script crafted by arguably one of Britain’s greatest playwrights Tom Stoppard, has been successfully brought to a conclusion in England reports our tearful, although somewhat relieved British correspondent, who seems to be suffering from ecstatic emotional exhaustion. Playwright Tom Stoppard’s artful drawing of the three complex main characters in this dramatic event has been indeed remarkable. He’s also created a sensational script for them and for all the supporting characters, that when combined with thoughtful casting has aided the Director in her task of keeping this drama taught and amazingly real. This subtly drawn BBC 2 television series in five parts about societal and cultural elitism, has garnered a huge legion of fans over five weeks, which will only continue to grow as it is shown outside England and then finally as it arrives on iTunes. One comment we fielded was posted on our original story Parade’s End – Societal Values & Personal Principles vs Love when a reader let us know ‘I am completely addicted. Cannot sleep before or after, am almost word perfect. I dread the last episode in case there is no happiness for Christopher and Valentine’ * Benedict Cumberbatch’s tormented aristocrat Christopher Tietjens, who’s sometimes deeply complacent, often sensitive and at other times arrogant, a man at war within himself, is a towering performance. His hastily married wife Sylvia (Rebecca Hall) on the other hand, ends up being only a caricature of the cutting, dry and witty character we once all felt great empathy for and whose plight we sympathized enormously with, especially during the first two extraordinary episodes. Hall’s performance is finely and beautifully drawn and she looks so sensational all of the time.

Tietjens long suffering suffragette friend Valentine Wannop (Adelaide Clemens) has held onto her thwarted love for him stoically and respectfully throughout ten long years. She has proven her sincerity and the depth of her love by allowing him to come to his own transforming and masterly conclusion that if he really wants the whole happy ever after story and to live with her in rural England then he must cast off his outmoded ideas and principles and embrace the reality that in the end it is only love that matters.

So she, he and we are all rewarded in the closing minutes of the finale, as they dance happily together in the warmth of each others arms and the illuminating light gleaned not only from the fire, but also from the inner glow they are both experiencing. Director Susanna White, despite perhaps having to rush through Ford’s complicated opus in only five episodes, when it could have quite easily had been ten, did a sterling job for BBC 2. The direction and production has had great visual flair. It has not only looked beautiful where it was meant to, but also all that beauty has contrasted so well with the alternating greyness and graphic details of the horrors and degradation of war. 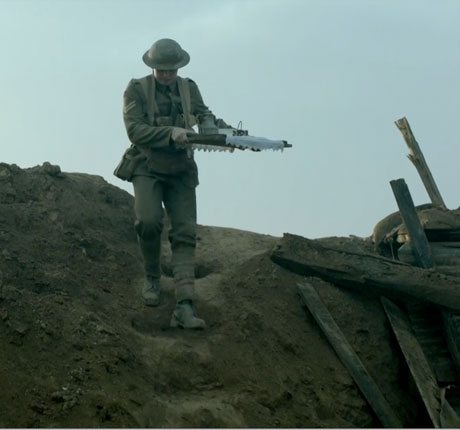 There was one extraordinary moment in the finale when Christopher, who has assumed control of the battalion at the front as his commanding officer has declared himself unfit for war, asks for a sandwich and some coffee with some rum in it.

Amongst the dreadful despair of the trenches the Corporal arrives, bearing it on a tray dressed with a starched white linen tray cover with deep lace edges, the beverage served in a china cup. After he has finished Christopher dashes the cup to the ground, declaring that ‘so no toast less noble can be drunk from it’.

Tom Stoppard did not once descend into maudlin sentimentality to craft this sensitive and sensational interpretation of Ford Madox Ford’s four novels, which while they are a tour de force also need a strong mind to digest.

The series has kept viewers on tenterhooks throughout, almost wishing the week would fly by just to reach the next, almost tortuously energising experience, featuring renowned British eccentric behaviour.

It has all been quite simply and completely compelling and is sure to be sadly and sorely missed. Great drama is always so inspiring and uplifting. 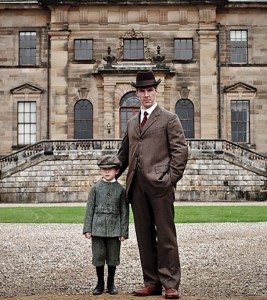 The untold story is said to have been the one inspired by a very real ‘Wannop’, who really did play an active part in the life of the author Ford Madox Ford. It seems he spent a decade of his life with an Australian painter, whom he first met as he struggled with his own distinct disorientation caused by the after shock of World War I.

Her name was Stella Bowen. Despite all her kindnesses and many ministrations he ended up leaving Stella and their daughter high and dry telling her after they had separated: ‘What I am now, I owe to you.’ according to an account by Ian Skelly, a presenter for BBC Radio 3 at London.

The finale of Parade’s End will not resolve for many the heart-rendering frustration and angst they have no doubt felt as the show has progressed over the past five weeks. Instead it will leave them all imagining the soaring and transforming passion that can now take place between Christopher and Valentine, which we catch just a brief glimpse of.

There she is in his London townhouse, welcoming all his friends from the front for a celebration.

Despite him declaring to her that he will not divorce his wife, the mother of his son we know that Christopher and Valentine will continue on long after we have come to the end of playing our own part in this entirely enjoyable parade about life and love.

Here's how we all really look... cast and crew celebrating Parade's End

By the time of Pope Gregory 1 (540 – 604), there was a distinct appreciation of fine singing and a genuine regard for the beautiful voice. Pope Gregory re-organized the liturgy and its music, influencing the establishment of an schola cantorum, a choir that executed psalmody, the singing of psalms…