A six episode satirical drama based on power politics set in Australia with the very talented Asher Keddie in the starring role as Kate Ballard Premier of the state of Victoria, with the handsome Rodger Corser as David McLeod her soon to be opponent running for leadership of the opposition party, is bound to draw a huge crowd.

However when you throw in the fact she admits to her speech- writer and close confidant Oliver Parkham, they were once, and don’t let them near each other or they are sure to be again, lovers – well the scene is set for the show to gain a huge following.

Keddie has certainly help to raise the bar of acting excellence in Australian produced television shows.

Her presence on the Australian acting scene has provided impetus for a group of talented writers, producers, directors and innovators to really get their teeth into really good drama and great comedy.

She so admiringly met morphs brilliantly between the two.

Just this one episode of the all new winner Party Tricks will be sure to turn the tide to race towards Channel Ten in coming weeks. It started in fine style and if you didn’t watch it, then get into ‘catch up’ in preparation for the second.

The show is followed by the new series of Homeland, and so TEN are sure to gain a large slice of an ever growing drama audience.

And, if you don’t get it into now you will be missing a treat, at least based on the first episode. 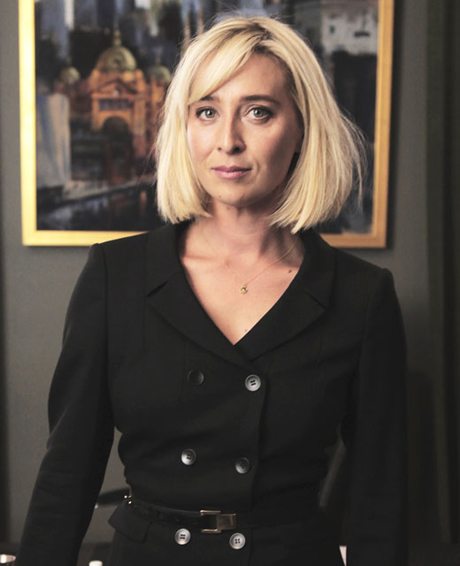 Witty intelligent writing, wonderful acting, very clever casting of the colourful characters, and all filmed very stylishly around Melbourne town, its great to look at as well.

What more could we want?

Well I suspect despite its winning attributes there will be those who ‘bash’ it , as we Aussies are prone to do with the home-grown product. As always we seem far to eager to turn our eyes overseas where to be fair, drama series on television are reaching stunning new heights of excellence, helping others to raise the bar too.

The protagonists so far look like a wonderful bunch of diverse dinky di Aussies, all with secrets of their own to hide as well.

No wonder she’s being called the ‘golden girl’ of Australian television.

Throughout history gold is not only a precious metal, but also symbolic of power and joy. In all her shows to date that certainly seems to be the case for Asher Keddie and she is certainly the winning main ingredient here.

Just loved and enjoyed her performances from when she played Ita Buttrose in ‘Birth of Cleo’ back in the day until Offspring more recently. 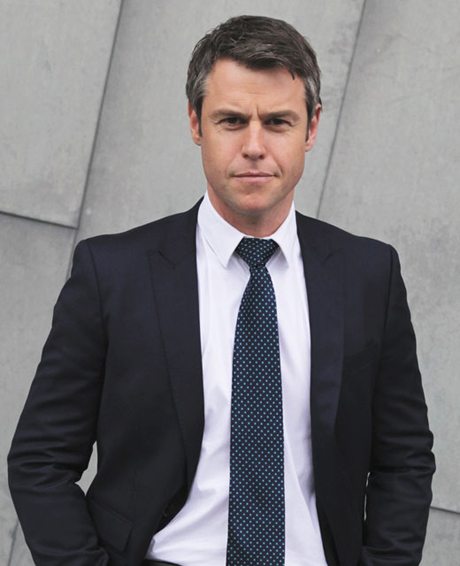 She’s certainly gone from strength to strength and I must say that I couldn’t wait to tune into the show having seen the promo.

I was wondering how she was going to play at being the ‘top woman’ in the country, with all the seriousness the job requires, while revealing to us the flawed aspects of her own humanity. Once more she was completely captivating.

I was also waiting to see just how she would succumb to the obvious attraction that is immediately evident when Kate and David first meet, which we see in ‘flashback’.

McLeod’s a reporter for a television network sent to interview an all-new ‘rookie’ political candidate front-runner. He’s charming, popular, probably overworked and underpaid and assumes quite wrongly, that the woman he was going to talk to was aware of what being interviewed by the press was all about.

Kate Ballard is the still slightly naive young candidate, easy prey for a professional journalist, as yet unable to control her instinct and temptation to look back over her shoulder at the very handsome ‘prick’, as she labels him to her advisor on her mobile phone when storming out of their frustrating encounter of the first kind. 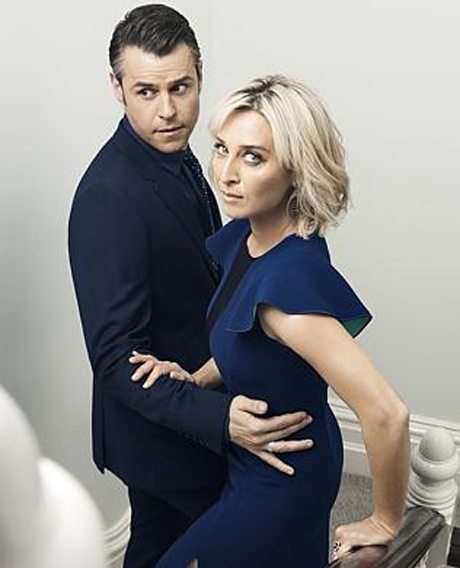 The chemistry between them both immediately and quite literally leaped off the screen and lit up the living room I was in (as it did years ago when they were paired briefly in Rush).

It was easy to see it would be ‘on’ soon, and at that point in both their careers we would all probably agree that it was fair enough.

But switch to scene two when she’s now Premier of the state in the top job, and years later he’s put up as the all-new candidate for leadership too, well not only can we ascertain that sparks will fly but that secrets will be harder to contain. Then comes the punch line. You see our demands of them both have now changed too.

We expect our candidates and the winners of such exalted office, someone who is to run the country on our behalf, as being able to be beyond reproach. We want them to be pure of purpose, body and mind and we also backdate those demands as well. Their history now matters. It’s one of our greatest failings as humans, that while wanting to be as normal a human being as we can possibly be, we expect those we ‘put on pedestals’ to be ‘beyond holier than holy.

Well, those placed on pedestals only have one place to go and that is to fall off, often with devastating results.

How would we deal with such a situation ourselves when faced with the same choices as Kate Ballard finds herself having to make is the dilemma.

We will ride right along with her in this as she works through them, with Oliver played with sensitivity by talented young actor Charlie Garber, who having moved in recently with his long time boyfriend, takes the role of her ‘gay girlfriend’ –  the one man she can trust!

He’s helping her all he can after trying to keep the confession she’s made to him quiet. She dragged him down to the office at 4:30 am to confess her misdemeanor of the enormous kind, by deciding to keep it between the two of them.

He needs to keep her ‘illicit liaison’ secret from his boss Wayne Duffy, Premier Kate’s press secretary and all time wizard of a spin doctor, who they know won’t cope. 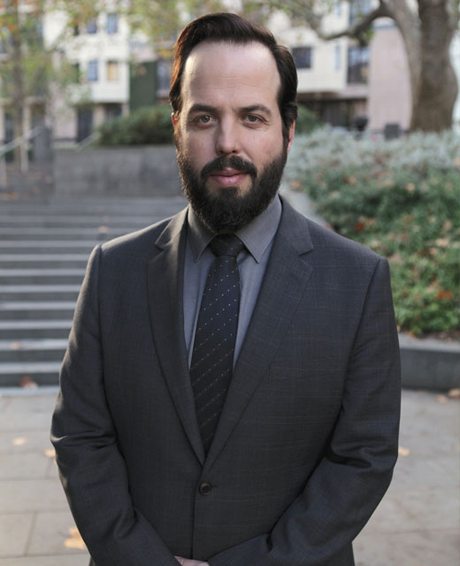 Duffy helps Kate put on her ‘public’ face. As it is he has difficulty with her singular focus on integrity and truth, finding her attitude towards the ‘public’ just a little bewildering.

He’s a Machiavellian, a ‘means justifies the ends’ sort of bloke, one who is equally happy to either buy a chicken that has ‘fallen of the back of a truck’, play two up in the back shed or cheat at monopoly, in true old Aussie style.

You know, it’ll be alright mate!

Interestingly in real life Sampson is a former professional Rugby player, and so he would be well familiar with old Aussie legends and foibles. He is used to dealing with coping in a ‘rough’ tackle, so absolutely perfectly cast in this role.

The supporting cast characters will be gradually fleshed out into people we all relate to as the series progresses.

One of my other favourite ‘take no prisoners girls in this piece too; the delightful Doris Younane. She is cast in the role of Paula Doumani, Deputy Premier and Minister for Transport as well as Kate’s colleague.

Colin Moody plays Kate’s husband Geoff, who’s devoted to his successful wife and despite being a success in the construction business. He sees himself as the ‘little Aussie battler’ as well as Kate’s protector, no matter that she’s the ‘breadwinner’.

Heaven only knows how he’s going to cope when he finds out that the girl he’s also put on a pedestal since they were very young is not all what she seems. Yes, he’s definitely the sort who will hold a grudge. 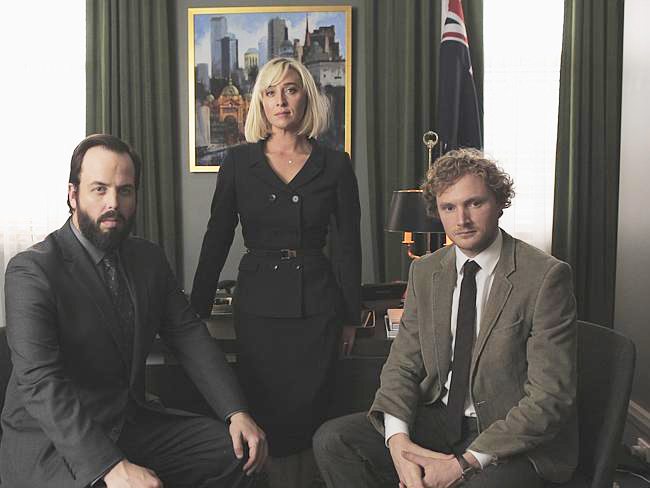 This show is only six episodes, so it is sure to race along. Producers John Edwards and Imogen Banks have done a fine job. 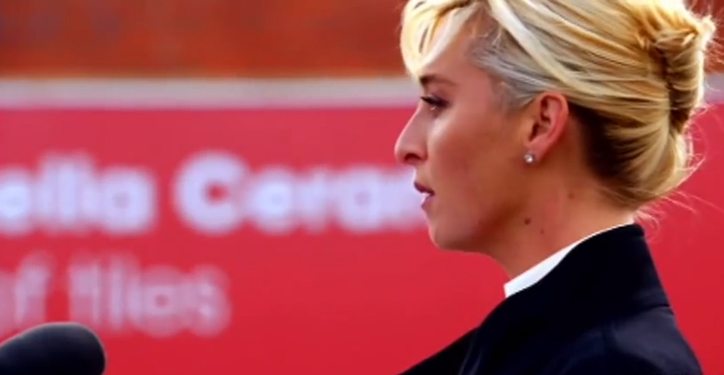 If you would like to enjoy and indulge in some ‘Party Tricks’, this is certainly the show to watch. It will be intriguing to see if it gains a second season! Play our Interactive Quiz and expand your knowledge of the evolution of architectural design styles, including Palladian, Gothic, Neoclassic, Baroque and more