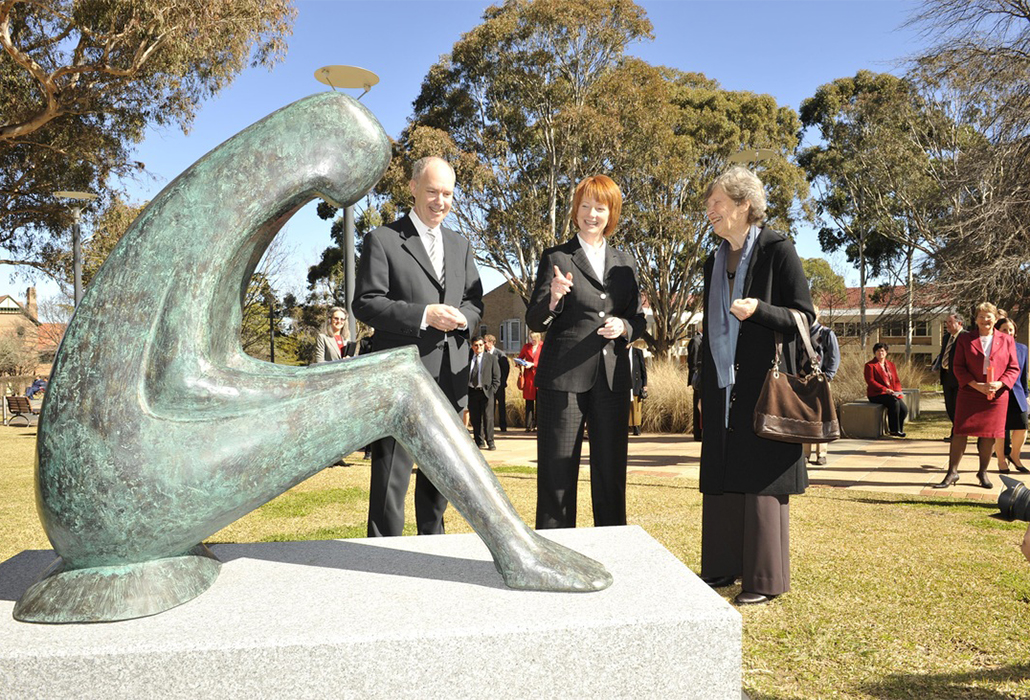 Professor Alan Pettigrew with Deputy Prime Minister and Minister for Education Julia Gillard, with sculptor Patricia Lawrence on the 15th May 2008, the day her work Woman Reading was installed in the grounds of the University of New England in front of its library.

Robin Gibson Gallery in Sydney July 7 to August 1, 2018 is offering an exhibition showcasing three decades of bronze works by Sydney based artist sculptor Patricia Lawrence. Her ‘Woman Reading’ 2008 is believed to embody a sense of quiet enjoyment.

Personally, this show for me and perhaps many of those observing the selection of her wondrous sculptures to be displayed, would be highly emotive. Their sensitive form means she has the ability to help us all to rise above that initial, high-stakes moment of emotive acclamation, and skips us all straight into enjoying an exciting, considered conversation. 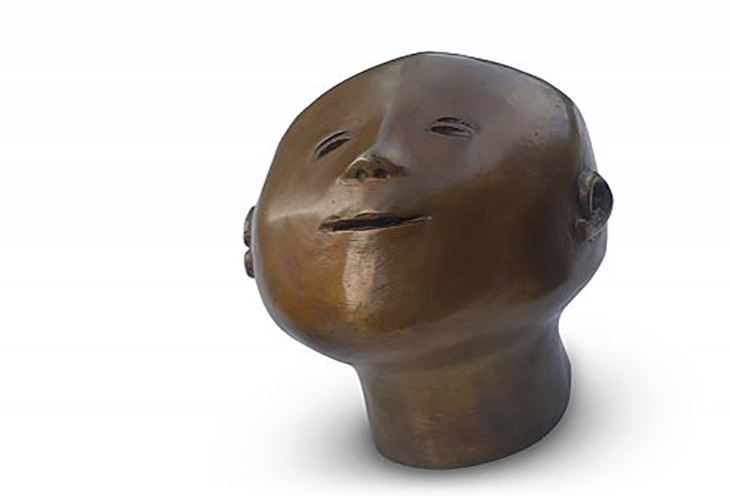 … “…the challenge is to suggest feelings, activity, and human and other relationships in a sculptural way. This involves ideas of line, volume, space, rhythm and stillness” she said.

Sculpture is a medium of art that has existed in many cultures of the world since ancient times. It was the next form humans tackled to create after learning how to paint on the walls of rock caves and rock faces, leaving handprints on the history of life.

Evolution proves through our art works in reflection, that humans are a persistent species, enduring to the point that every now and then when a society has to collapse to be reborn, sculpture survives, despite having been in spaces underground, buried in the earth or submerged in the sea. 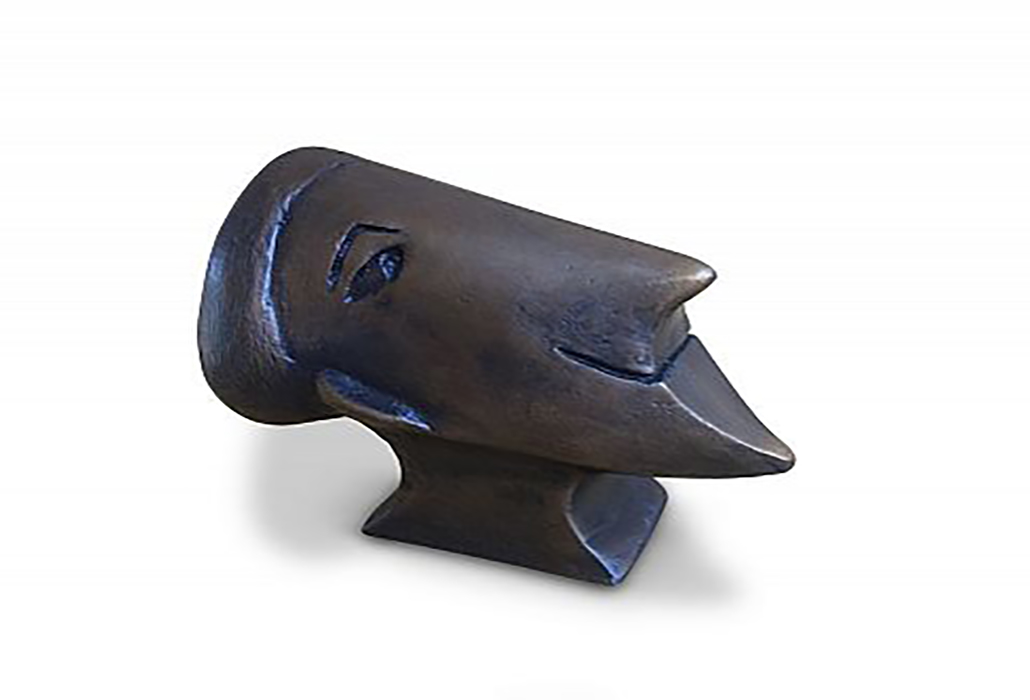 Patricia Lawrence’s works today look on first glance to be so simple in their form, you could be lulled into thinking they are easy to imagine and produce… but that is not the reality.

Before you can achieve such subtle fluidity of movement, depth of emotion and indeed, fineness of form, you would need to have actively worked out your own philosophy of life and be at peace within. 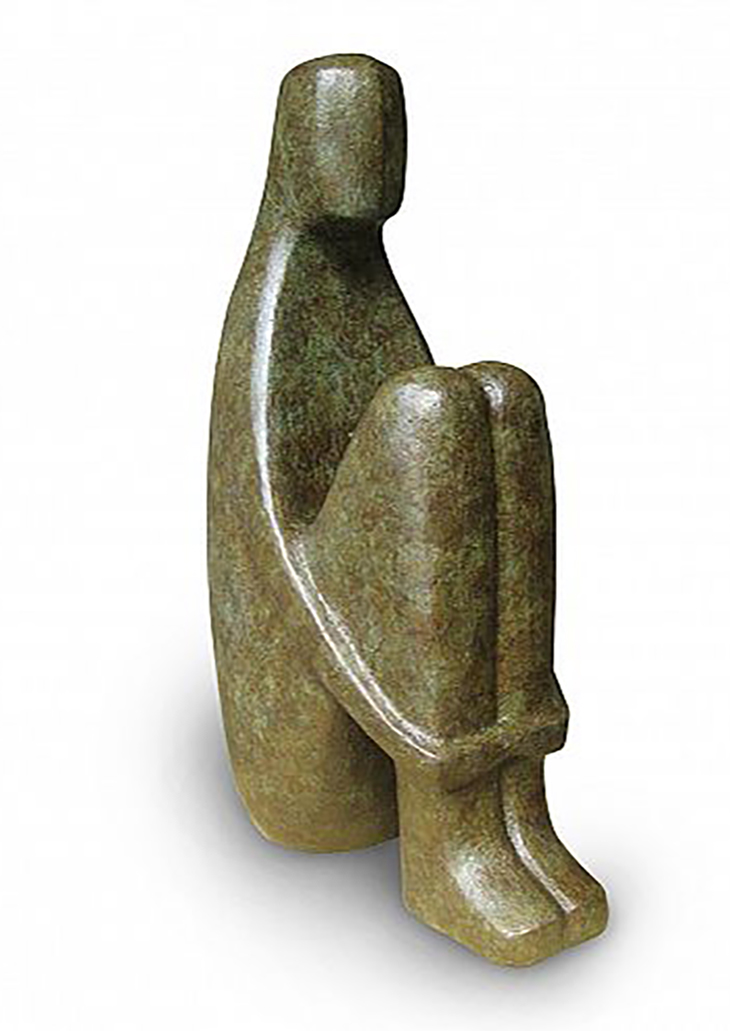 Ever since I was a child, sculpture has called to me. Its greatest period of creation for many, lays with the ancient Greeks. Doesn’t matter how old I get, my passion for Greek works never abates, especially their bronzes. It has always been easy for me to see something wondrous to observe in every piece I encounter from the archaic and classical periods of human history, and on and on until today.

Sculpture for me really is art at the pinnacle of what is possible.

Many of the works in this exhibition certainly speak to me and I would admit, I could spend hours with her delicious work Sitting 2009.

Born in Adelaide in 1930, Patricia Lawrence today lives and works in Sydney. Throughout the 80’s and in 1990, she worked and studied in some of the most prestigious art institutes and schools in the world.

It doesn’t require much mathematical skill to realise she was in her early fifties before she was able to concentrate solely on her art. 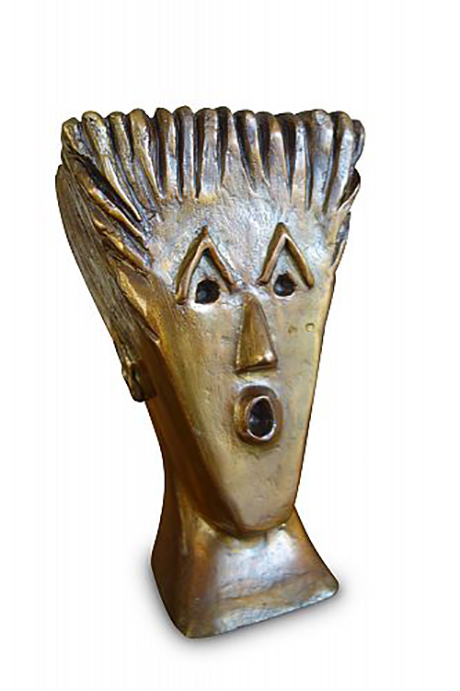 By then she would have also known about many of the great sculptors of history and recognise references to past works that pop up from time to time in her own work, communicating down the ages about the attitudes and philosophies, fashions and passions of each modern age.

J’adore Frederick and his many stylistic references in a face that is a bit of a tease.

“The appearance, feelings and activities of a diversity of people feature in these bronze sculptures. Over the years, I have found bronze and sometimes stone the most satisfying materials for my work” she says. 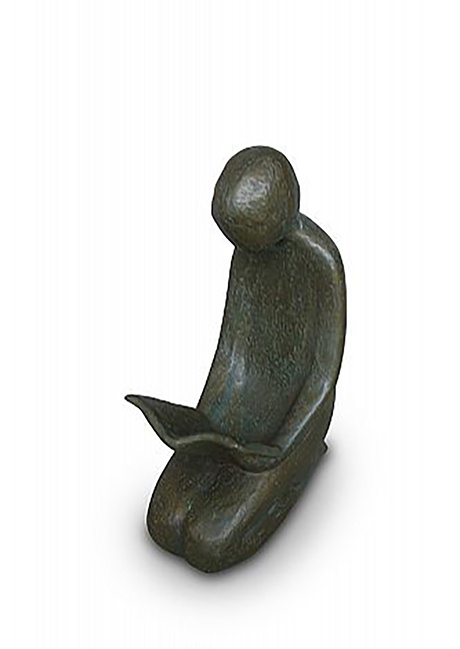 Exhibiting in the city and in the countryside since 1991, Patricia Lawrence has won numerous prizes and receive critical acclamation for her works, which are today in public and private collections, because they have remained accessible to art lovers everywhere.

Over time she gained a variety of experiences about who we are as humans. This has helped her find her place in the art world and importantly, know how best to express her viewpoint.

This is a special show to see for yourself if you are a local, or indeed if you are visiting from out of town. Who knows, you may be tempted to take one home to your part of the world, where it will engage you in lively conversation for a very long time.

Have to say, I am also just ‘wild about Harry and then there’s George… both are great character portraits.

Watch a show or join an organisation, dancing is good for us all and from ballroom to stage, whether you watch or want to dance, its heartily good for the soul